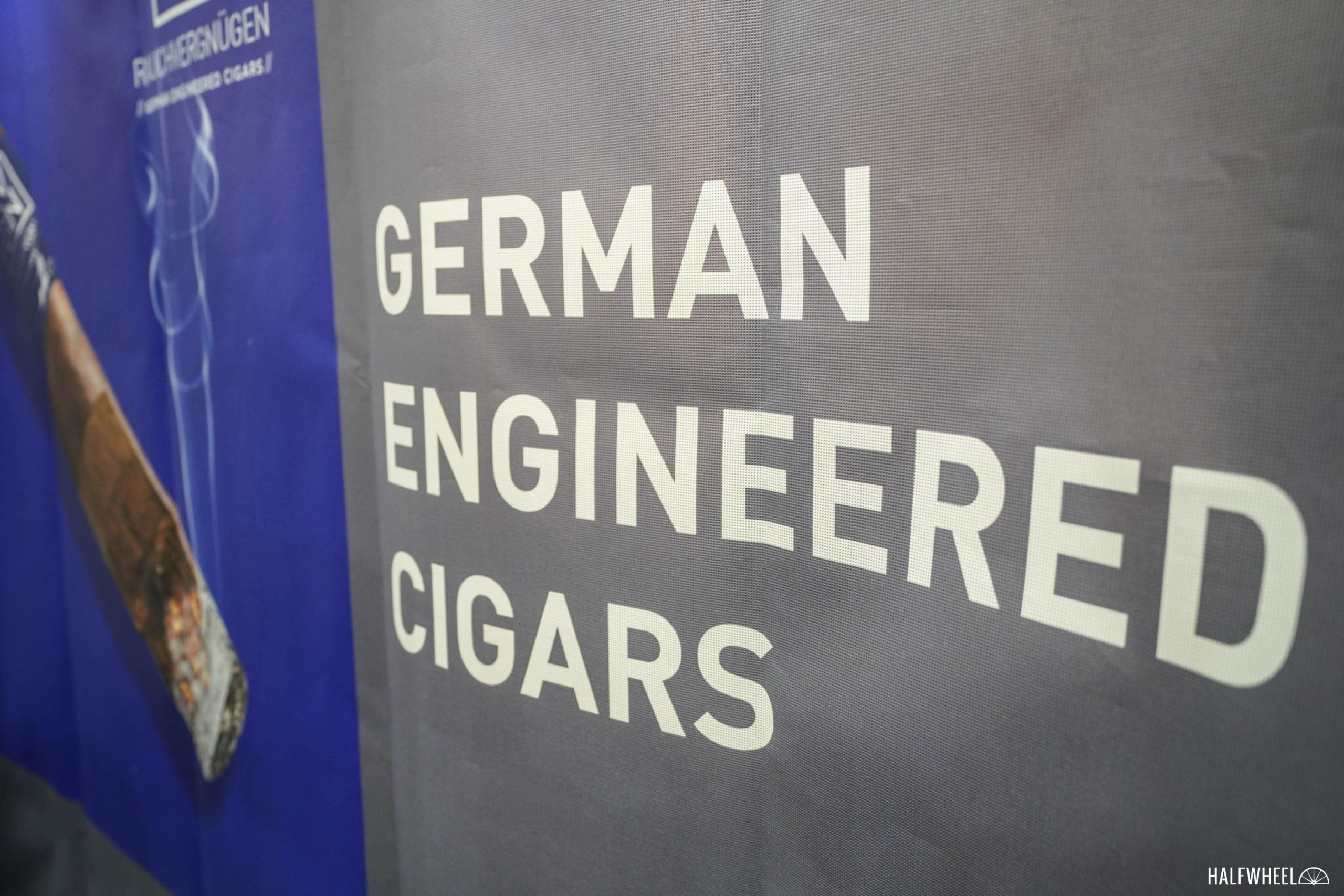 It took getting approval from the U.S. Consulate General to travel from Germany to the U.S. for the 2021 PCA Convention & Trade Show, but German Engineered Cigars GmbH is on the floor this year. The company, which is best known for its Rauchvergnügen line, updated its name in 2020 as it prepared to further expand into Germany and the U.S., with the NN01 that shipped in April 2021 its first release under the new name. While the company did not have any new cigars for the show, it did have an updated, more streamlined booth compared to 2019, and Oliver Nickels was showing off a brand product that had quite a bit in common visually with another cigar accessory from the company, the KENTRON #42K ashtray. That product is a new cigar stand produced out of plastic with a 3D printer. According to Nickels, it can hold up to two pounds, despite the fact that each stand weighs only .045 ounces (or 1.3 grams.)