Even with a reduced number of booths, there are still at least a few “must visit” companies for PCA 2021. Near the top of that list for most people attending the show would most likely be Steve Saka’s Dunbarton Tobacco & Trust, especially after he dropped a bombshell earlier this week with details about what he called “the most controversial cigar released in 2021.” Yes, the smoking Sasquatch statue made it to PCA 2021 and was front and center welcoming people as they walked into the booth. Speaking of the booth, it was essentially the same layout as 2019, which means that there was product on shelves on both sides, tables in the middle for sales and brand owner Steve Saka sitting in a chair at the far end. I was Saka’s first media appointment of the show, but the booth was already hopping by the time I showed up and stayed that way the entire time I was there. 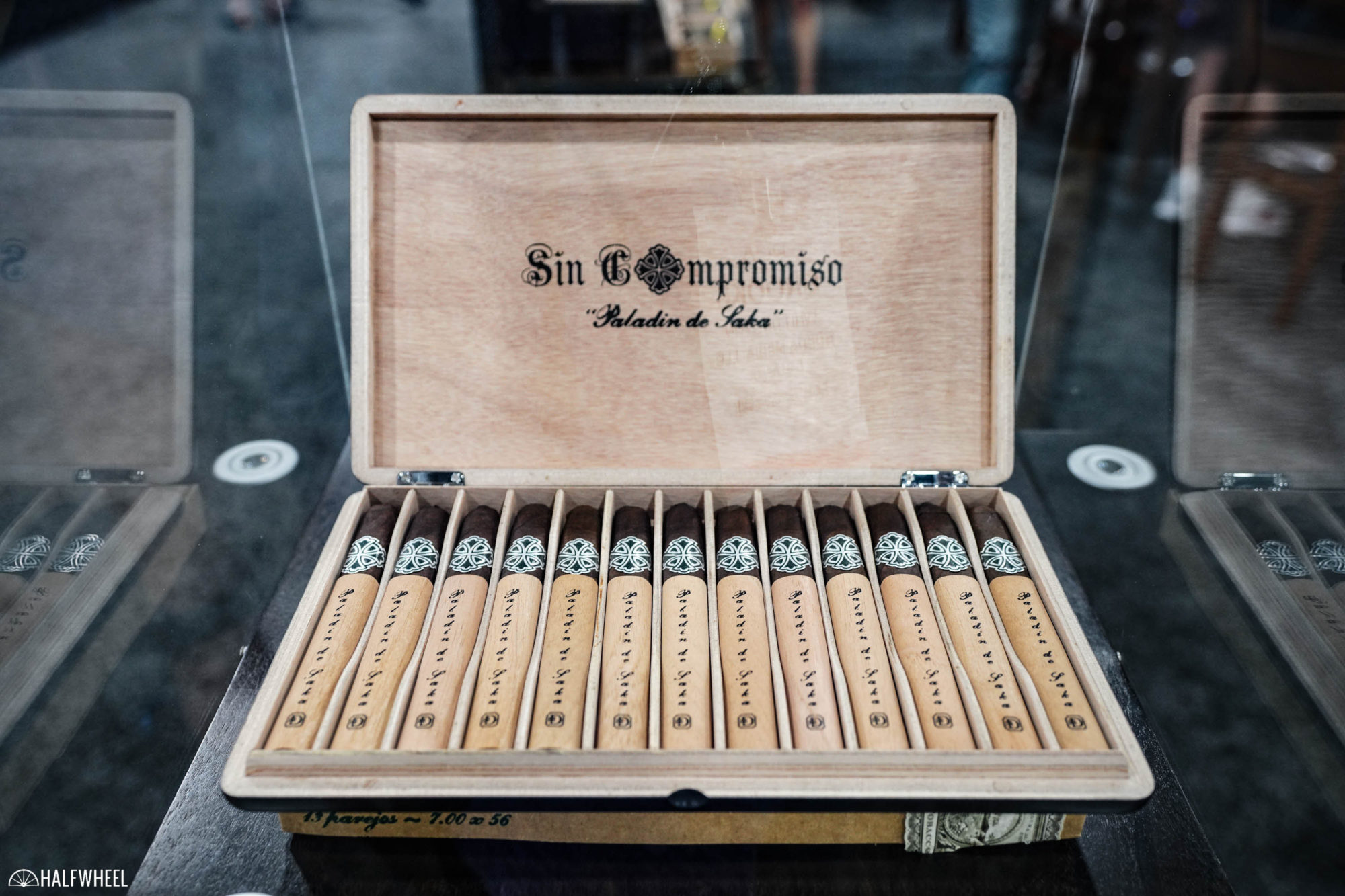 While the newest addition to Dunbarton’s Sin Compromiso brand uses virtually the same blend as the rest of the cigars in the line, Saka has added an unspecified amount of Pennsylvania ligero in the filler and ages them for a year after being rolled. The resulting blend is “a touch more robust” than the regular Sin Compromiso and the cigar features a regular box press instead of the softer press found on the other Sin Compromiso cigars. Finally, the details about this release have been made public, and those looking for controversy should be very happy. Put simply, StillWell Star is “the world’s first luxury pipe tobacco cigar”, a hybrid creation blending traditional cigar tobacco leaves and pipe tobaccos. The aforementioned pipe tobaccos were blended by Jeremy Reeves, head blender of the famed pipe tobacco maker Cornell & Diehl, who is himself is a cigar smoker.

Each of the four cigars in the line is the same size and uses the same wrapper and binder, but the filler blends of each incorporate very different combinations of pipe tobaccos, making each a unique experience. Interestingly, while Cornell & Diehl is the supplier of the pipe tobacco for the StillWell Star line, the company is not receiving any additional royalties from the sale of the cigars.