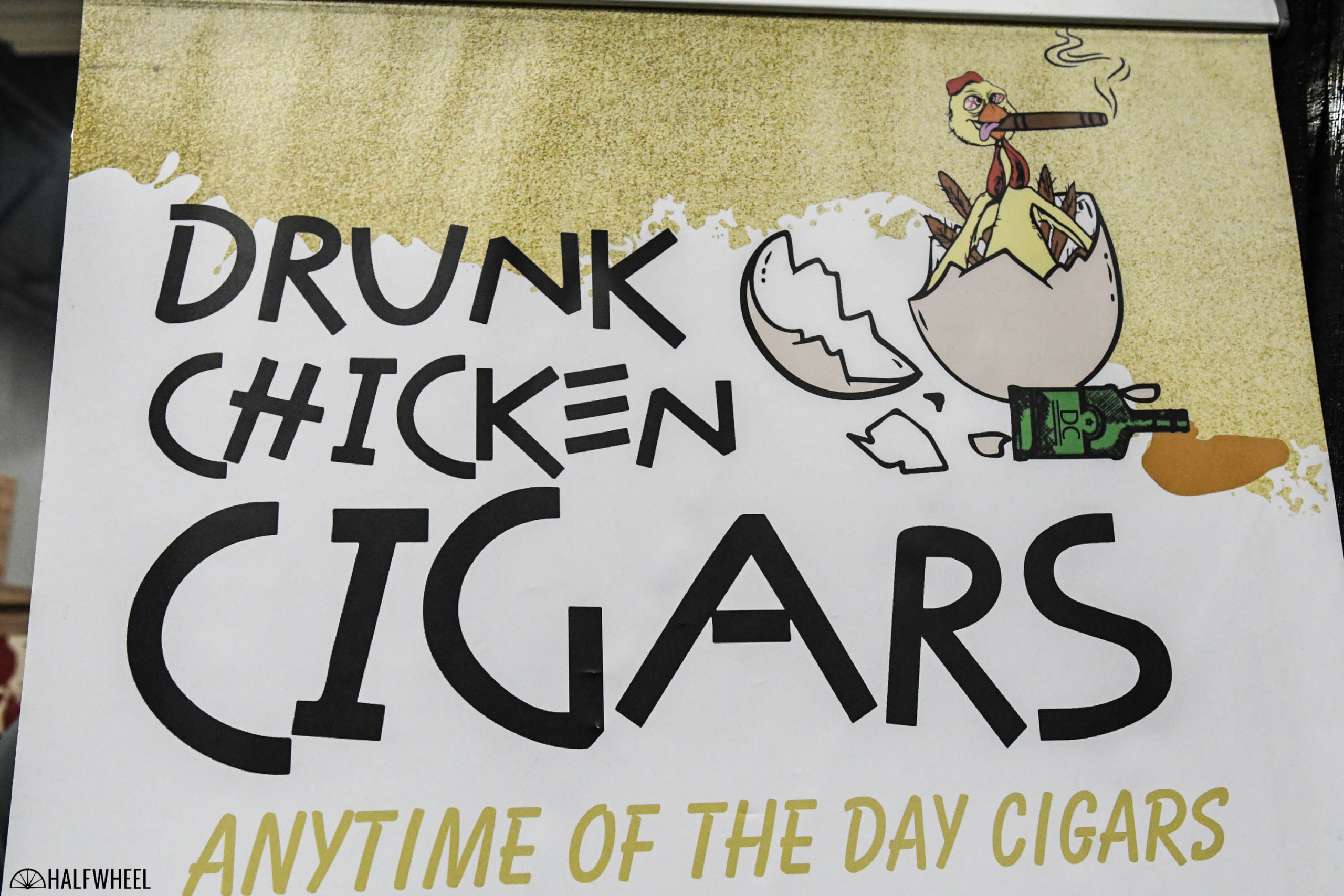 When I saw I had a company named “Drunk Chicken Cigars” on my list to cover, I had no idea what I was getting into except that I was excited to talk to a newcomer to the trade show. When I showed up at the booth, owner Desiree Sylver was exactly the kind of new manufacturer I wanted to talk to. She was enthusiastic, ready, and willing to talk about her company—so much so in fact, that by the time I showed up on day three, she was losing her voice. So what was she so excited to talk about? Let’s go over a little history about the brand and where it came from. Sylver had been a long-time cigar smoker, but never really delved into the “what” that she was smoking until one day the “who” that had been choosing her cigars was no longer in the picture. The “when” and the “where” ended up being within the last couple of years at her local lounge, when she started asking the staff there “why” she did or didn’t like particular blends. A self-proclaimed data-obsessed researcher, Sylver started keeping a spreadsheet of all the different cigars she had smoked with their brand, sizes, what tobacco they used, and what she liked and didn’t like.

Eventually, that led to her finding a small Florida-based factory that started putting together some blends according to her personal tastes. Taking these blends to her friends back home, it was met with positive feedback — with the exception of the paper bands numbered 1, 2, or 3. They told her she couldn’t sell cigars with simple, numbered bands on them, so the decision was made to find a brand name and get some proper cigar bands. Her backyard bar was dubbed The Drunk Chicken after friends observed her pet chickens stumbling around the yard and called them drunk. So when the time came to choose a brand name, Drunk Chicken Cigars seemed like the only logical choice. This is the cigar that Sylver originally commissioned to be made, thus the name. The Mother Clucker is one of the four medium-strength blends the company offers. Living The Dream is another medium-strength cigar that is described as spicy, creamy and earthy. Originally released as a pre-release at an event hosted by Underground  Cigar Shop in Fort Worth, Texas, the Egg-Treme is now a PCA “Egg-clusive”. Yup, the chicken jokes keep coming.

The Fat Hen Torpedo is a new size for the Fat Hen line, which was originally launched with a Gordo and a Shorty Torpedo.

While we don’t have a picture of this one, this is the only mild-strength cigar on the list. Like the name would suggest, the tip is slightly sweetened and has a profile described as a sweet nutty chocolate, vanilla, and maple, with an undertone of spicy.