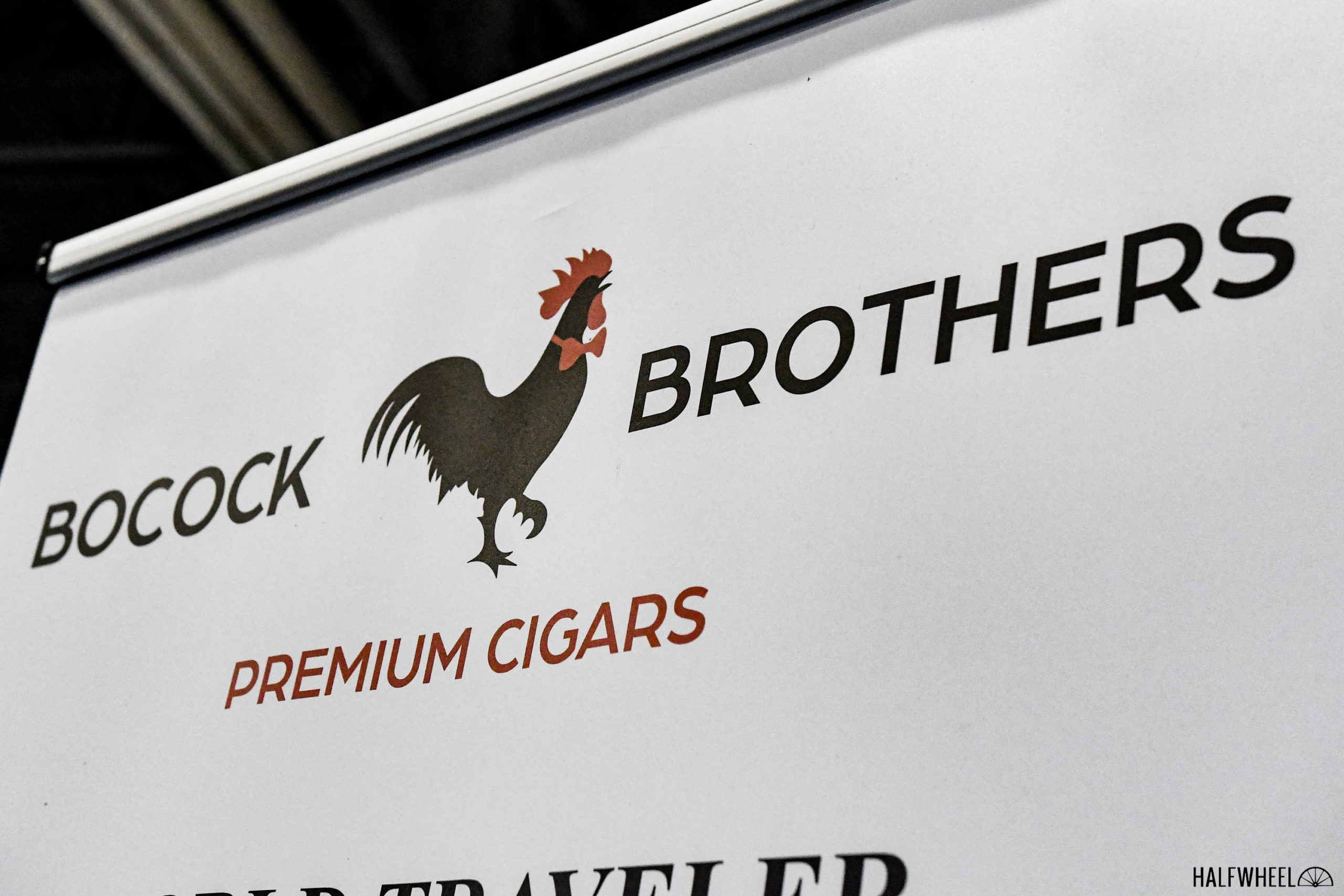 While this might come as a surprise, Bocock Brothers Premium Cigars is owned and operated by two brothers, Bryant and Douglas Bocock. While modest in size, as many first-year attendees’ booths go, it was well laid out with plenty of branding to let you know who they were and a well-lit display case showing off their cigars and Bocock Brothers branded golf apparel. 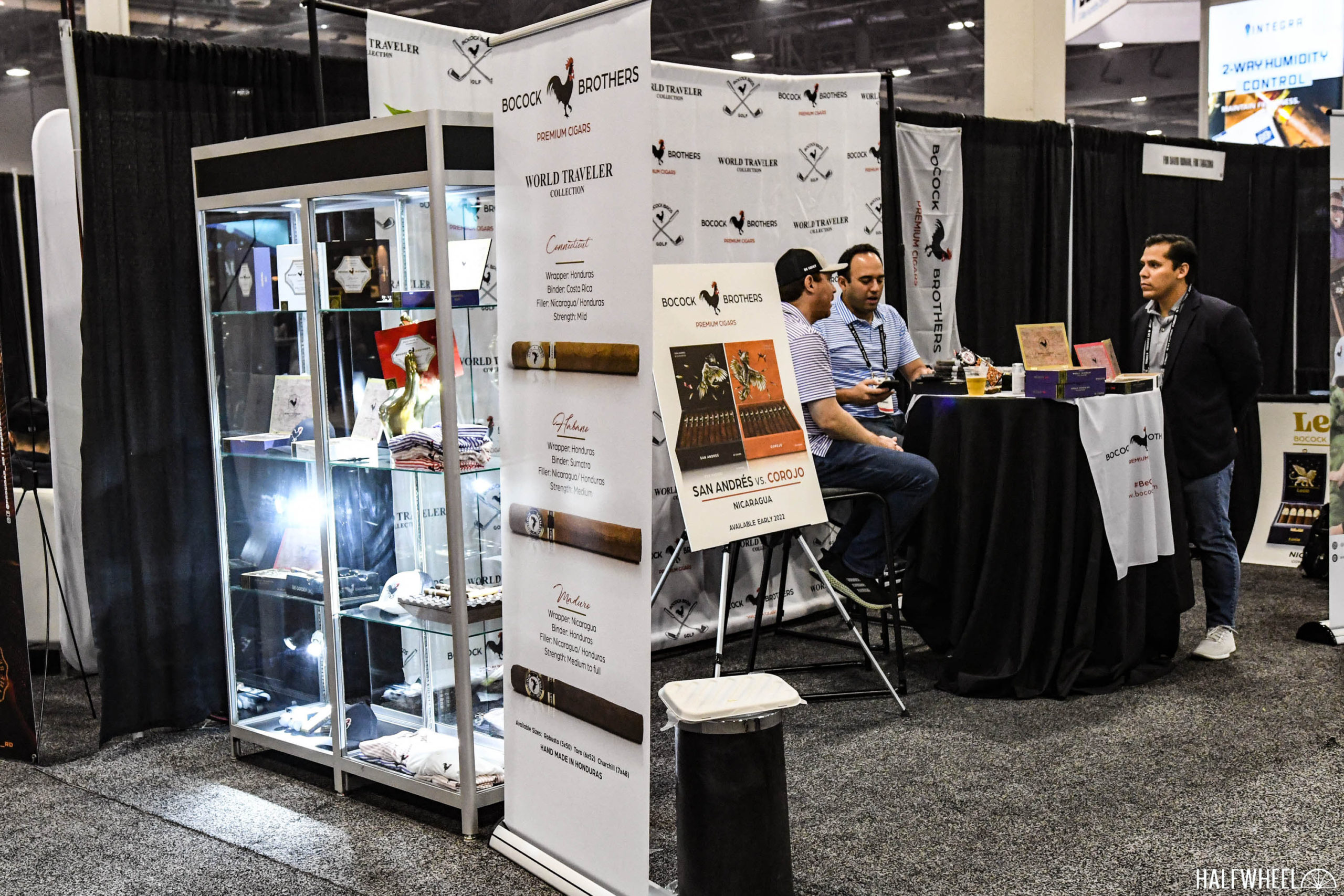 The company got its start after Bryant co-owned and managed a nightclub in Honduras where he had added a walk-in humidor. The humidor proved to be a hit, and with it, he was introduced to the world of cigars and the experiences they offered his customers. After the club closed, Bryant moved back to the U.S. where he shared the idea of a cigar brand with his brother, and thus Bocock Brothers Premium Cigars was born. 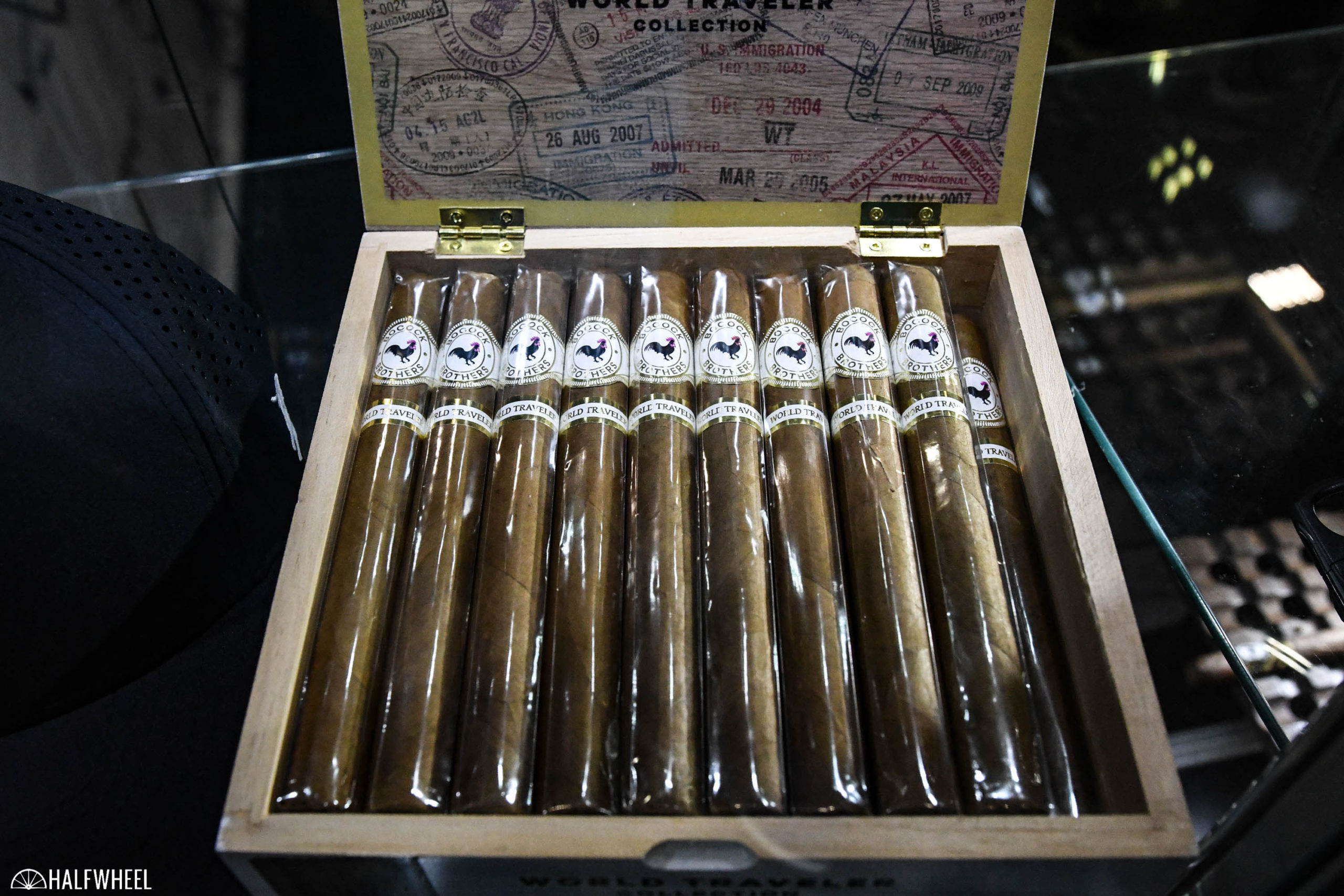 The company released three initial blends, each in three sizes, named World Traveler after the brother’s love for travel. The Connecticut version is described as having notes of suede, balsa wood, citrus and toffee. 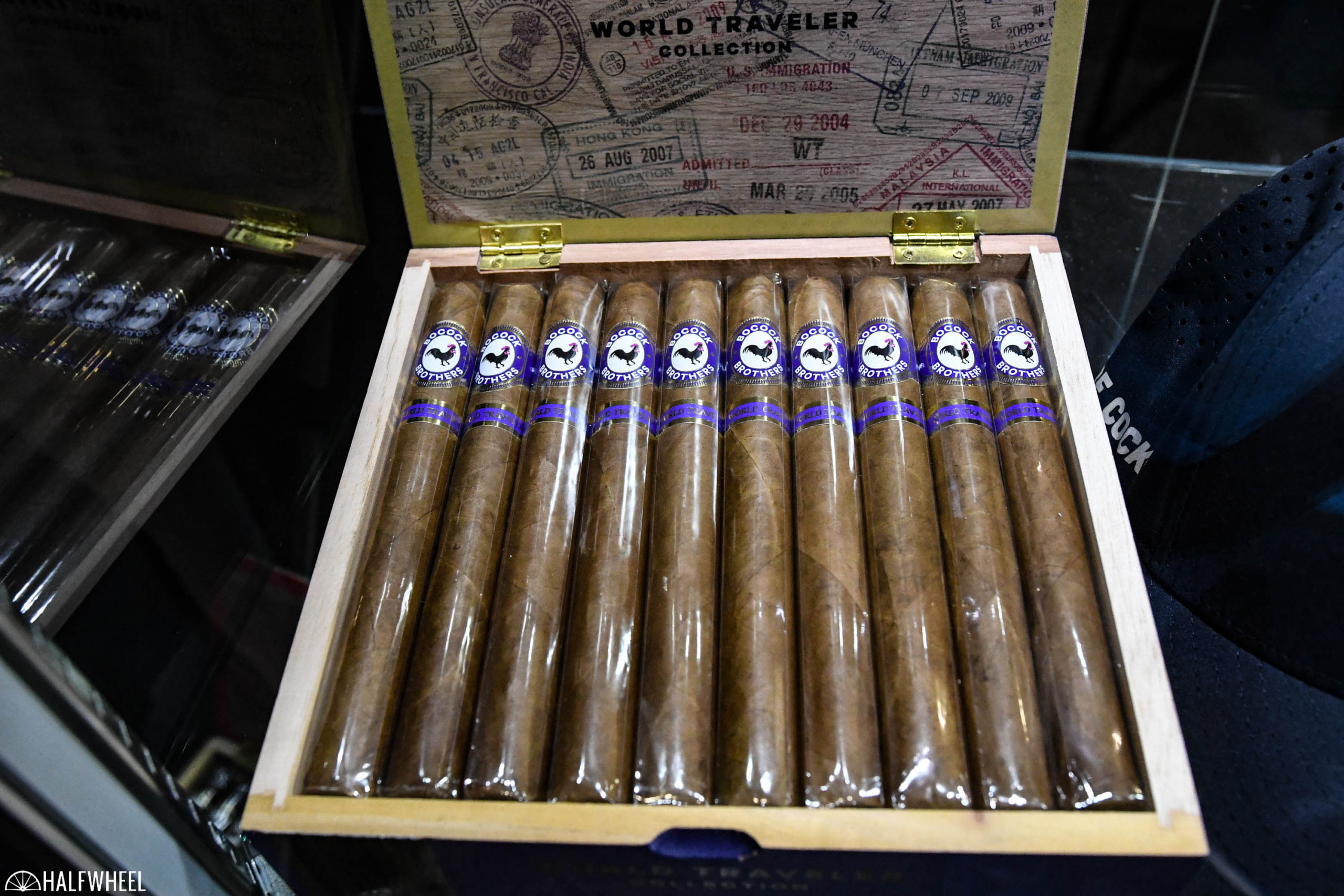 The Habano version is described as having notes of mulling spice, black pepper, red pepper and caramel. 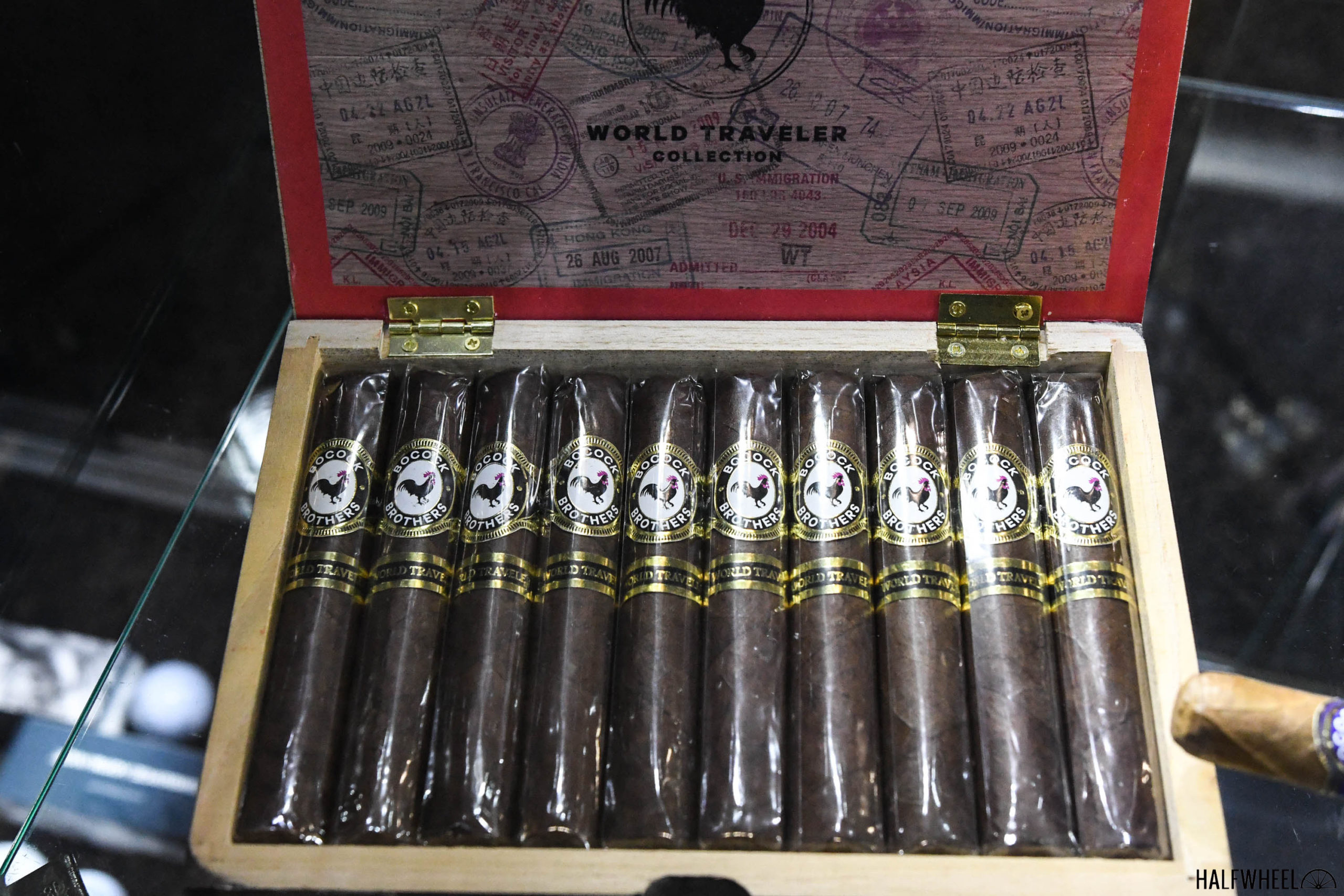 The Maduro version of the Wold Traveler is described as having notes of dark chocolate, roasted spice, leather and coffee.

An upcoming project from the company which was not on display at the show is the San Andrés vs Corojo blends. It will feature two blends, one from each of the brothers, and should be arriving in early 2022. Not many other details were available yet as it was still a work in progress, but they are expecting to debut it at the 2022 Tobacco Plus Expo.