The AJ Fernandez booth is notably smaller than in years past, as the company took a booth that design that you’ll likely be seeing a lot of on the show floor this year. The company is also one of the many at the 2021 PCA Convention & Trade Show that isn’t releasing any new products. However, it is returning to some of its existing lines to give them packaging updates, and now it’s the Enclave’s turn. 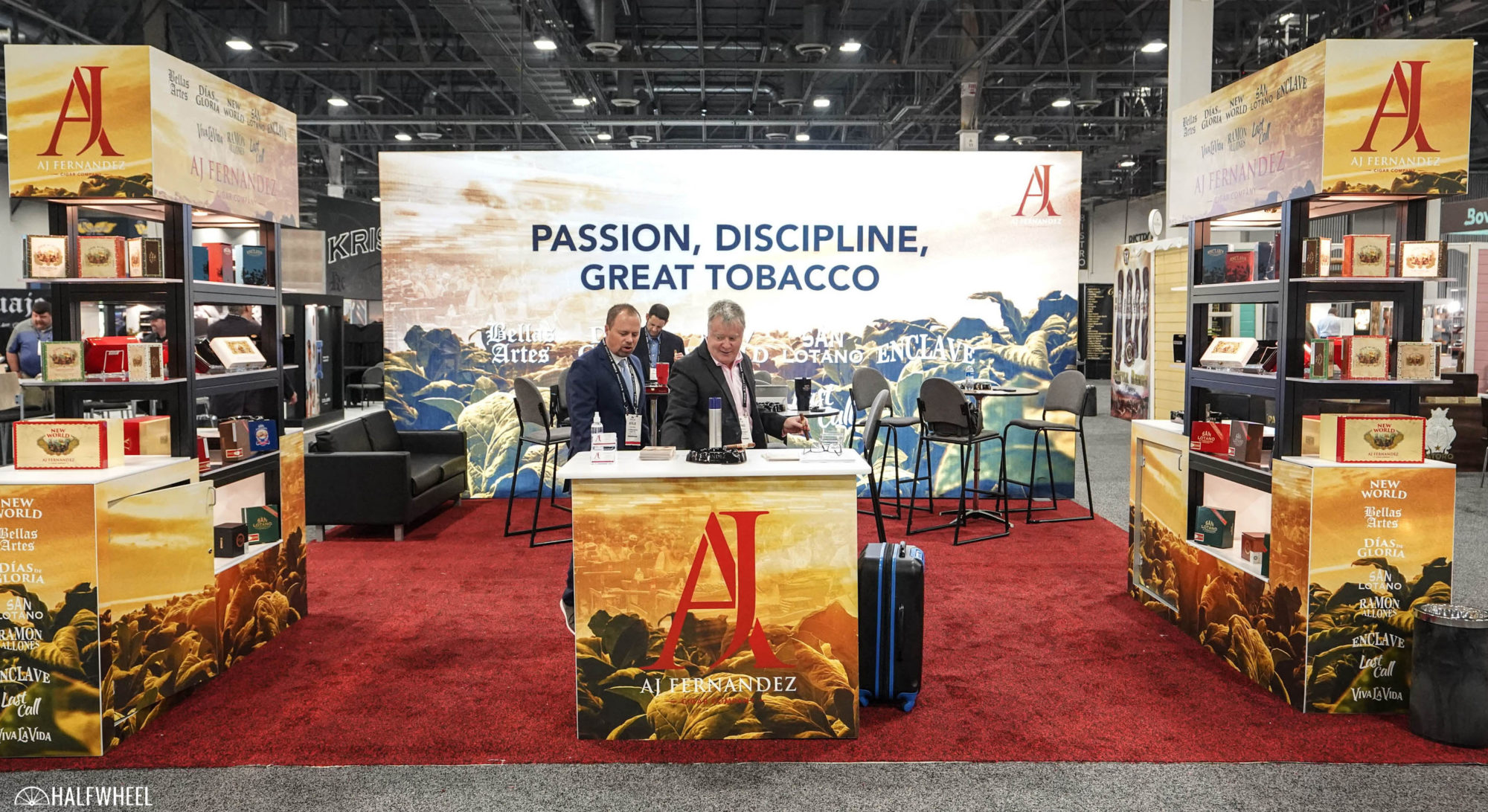 It was interesting in seeing the smaller format, but it did accomplish two things: it allowed the displays to offer the company’s portfolio of cigars in a much tighter visual area, and it made the booth feel fairly busy throughout the time that I was there. Even just a couple of people gave it a good, vibrant feeling, but if there were several retailers looking to see products and write orders, it was definitely spilling out into the aisles, making it look that much busier. 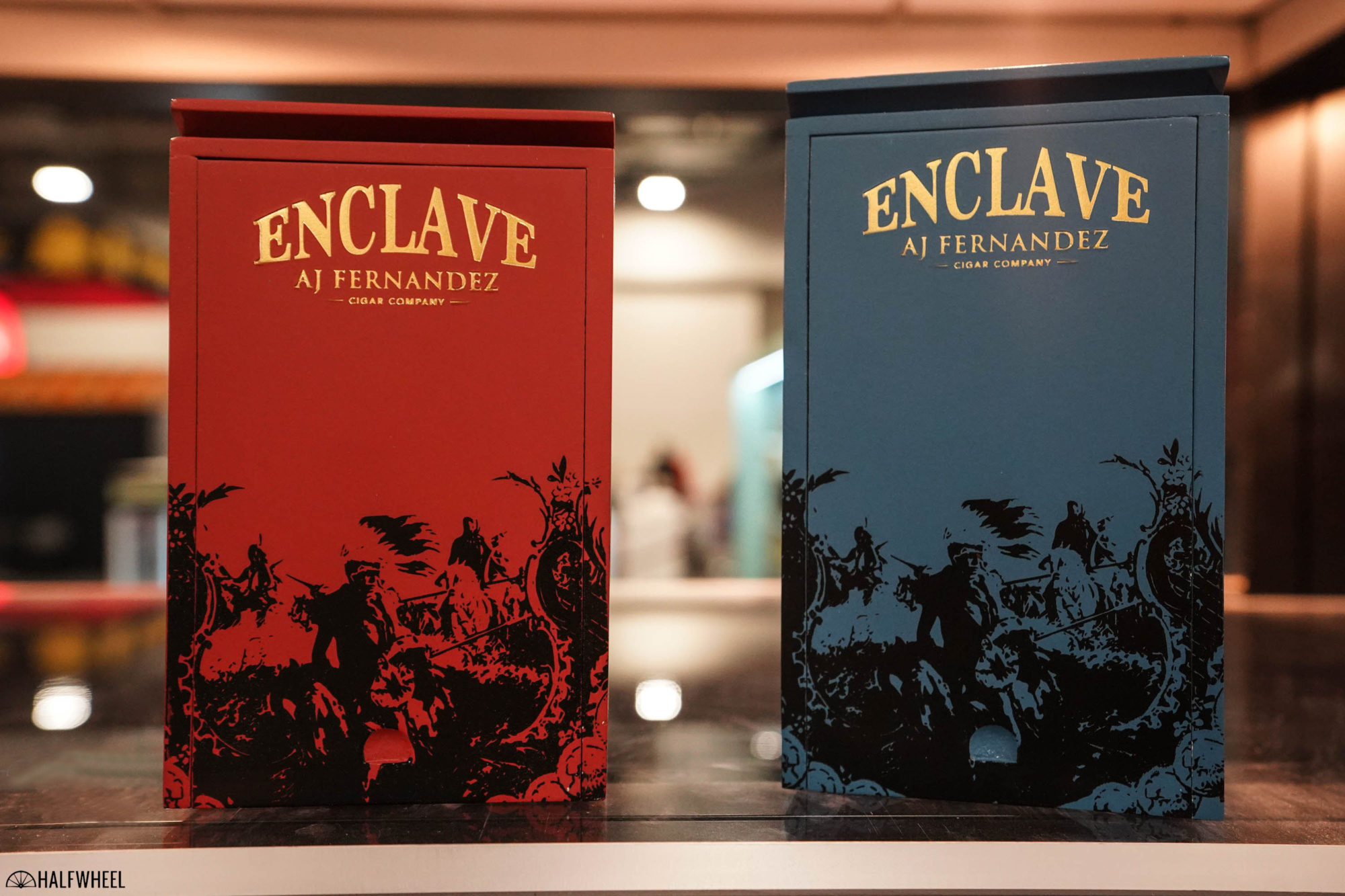 Both the Habano and Broadleaf versions of AJ Fernandez’s Enclave line are getting new boxes that better show off the Native American imagery that is part of the line’s branding, while also moving away from the previous design that was created with a fair amount of open space to accommodate what were going to be FDA-mandated warning labels. With that requirement being dropped, the company is beginning to revisit its box designs to better show off the supporting imagery, and from what the company indicated, there is likely to be an update to another line in the company’s portfolio by the end of the year.

Neither of the blends are changing, and the company is keeping all of its pricing the same. The new-look boxes are already in the company’s Miami warehouse and are ready to ship as orders come in, so expect to see them on shelves soon.