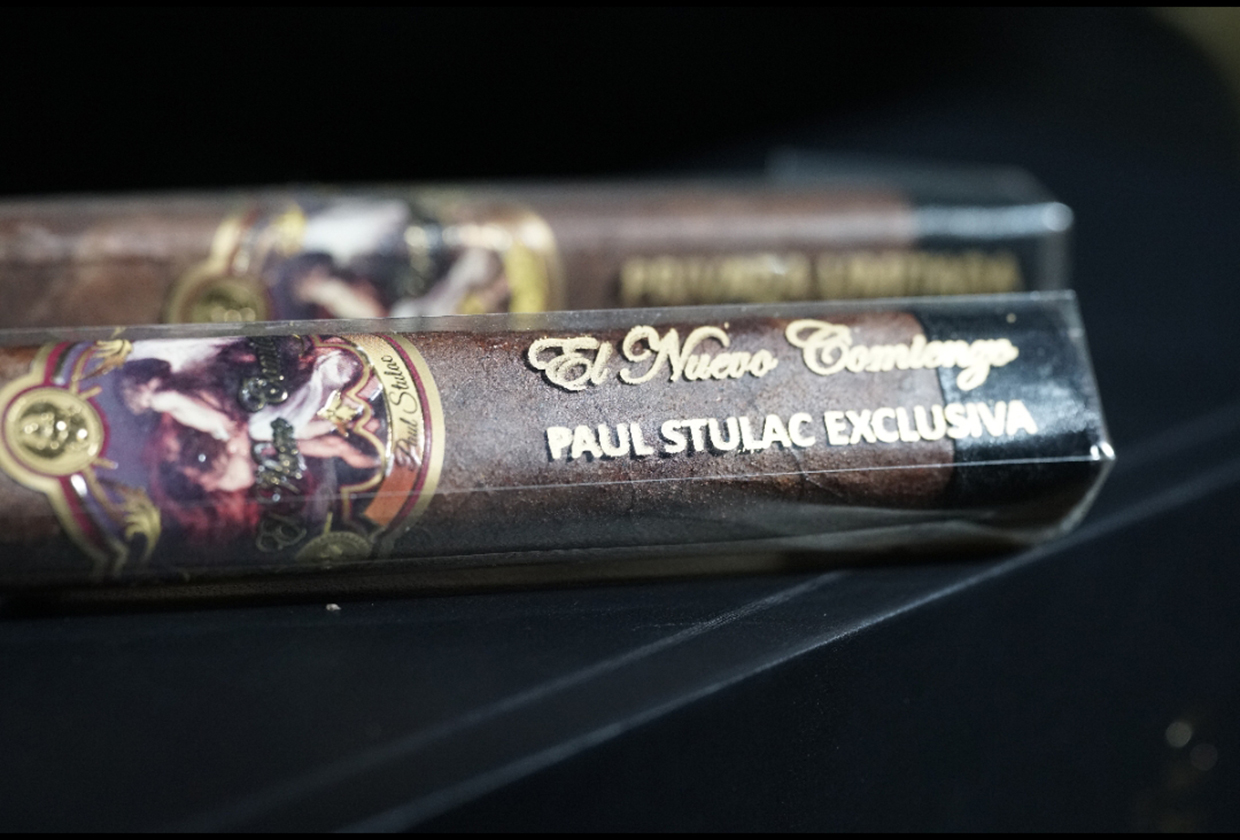 Paul Stulac Cigars has a new cigar line on the market, named El Nuevo Comienzo, and released as an exclusive to Privada Cigar Club ahead of its full launch early next year. The name of the line translates as “a new beginning,” and it’s one that Stulac has been holding onto for several years.

There are two cigars in the launch, with distinct blends and names, though a common background. They were both test blends for the project, with Privada Cigar Club members choosing between the two what would be the final blend. While the regular production release won by a narrow margin, both blends were put into production with the latter offered to Privada Cigar Club and Limited Cigar Association members as an exclusive.

That cigar, named the El Nuevo Comienzo Privada Limitada by Paul Stulac, comes in a 5 x 54 robusto vitola with a blend using a Mexican San Andrés wrapper, habano 2000 binder of undisclosed origin, and Nicaraguan fillers. Stulac noted that it ranks as a medium to full-bodied cigar.

“I knew we needed something befitting his club of cigar enthusiasts but also something that reflected the current times we were in and that we had to make blends that matched the powerful imagery and name of a project that was on the shelf and years in the planning stages,” Stulac said in a press release.

Stulac said the blend will be available in other sizes in the future as Privada Cigar Club’s owner, Brian Desind, sees fit. It will eventually be offered in boxes but for now is sold on a single stick basis, with pricing set at $12. It will be also be offered to members of the Limited Cigar Association, a group of retailers that carry many of the same cigars offered by Privada Cigar Club. Desind launched the LCA in July as a way to bring what would otherwise be online-only cigars to brick-and-mortar retailers across the country.

As for the regular production line, it is called the El Nuevo Comienzo Paul Stulac Exclusiva and debuts in a 5 1/2 x 54 robusto vitola. The blend uses a Connecticut broadleaf wrapper, Nicaraguan corojo 99 binder grown in the Jalapa region, and Nicarauan fillers, which Stulac describes as a full-bodied profile.

A number of details about the full release are still being worked out, but Stulac will be offering it boxes of 20 cigars and it will also be priced at $12. He said he has plans to add torpedo and toro vitolas, noting that “a lancero is screaming to be done in this blend.” It’s slated to get its full release in early 2021 and will have MSRPs between $12 and $14.

Both blends were created by Guillermo Pena of Tabacalera La Perla in Nicaragua. Stulac noted that 2021 will also mark the 10th anniversary of his work with Pena.

Stulac and Desind previously partnered on bringing the Red Screaming Sun Lancero back to the U.S. in early 2019 after a nearly five-year hiatus from the market.