In 1990, Paul Garmirian created his own cigar company. In a move that we probably won’t see ever happen again, in addition to his own cigars, he launched a book, The Gourmet Guide to Cigars.

As has become common in this business, when an anniversary is celebrated, there is a cigar to go along with it. That happened in 2005 with the Paul Garmirian 15th Anniversary—a 10-vitola line—and in 2010 with the 20th Anniversary, which included eight different cigars rolled over various years.

For 2015 and its 25th anniversary, the company released another anniversary cigar, but in a bit different fashion. It was limited to just a single release in the company’s 6 x 52 toro size known as Connoisseur.

The company sent out some info about the cigar to retailers:

For us, this is more than just another cigar. It was something in between our lines that was missing. We made hints and suggestions, graphs and charts, and the artists in the Dominican nodded silently. We waited until all the stars were aligned. This particular wrapper needed an extra 9 months of fermentation.

Even that description describes much of what I’ve come to appreciate about Paul Garmirian’s cigars. Production is relatively limited, methodical and aged. The company has a unique habit of releasing handfuls of boxes with dates from the 1990s written on them. It’s a great way for those of us who struggle with aging full boxes for decades or those who simply weren’t able to buy PG Cigars in 1997.

As for the 25th Anniversary, the limited edition cigar began shipping on Nov. 25, 2015. 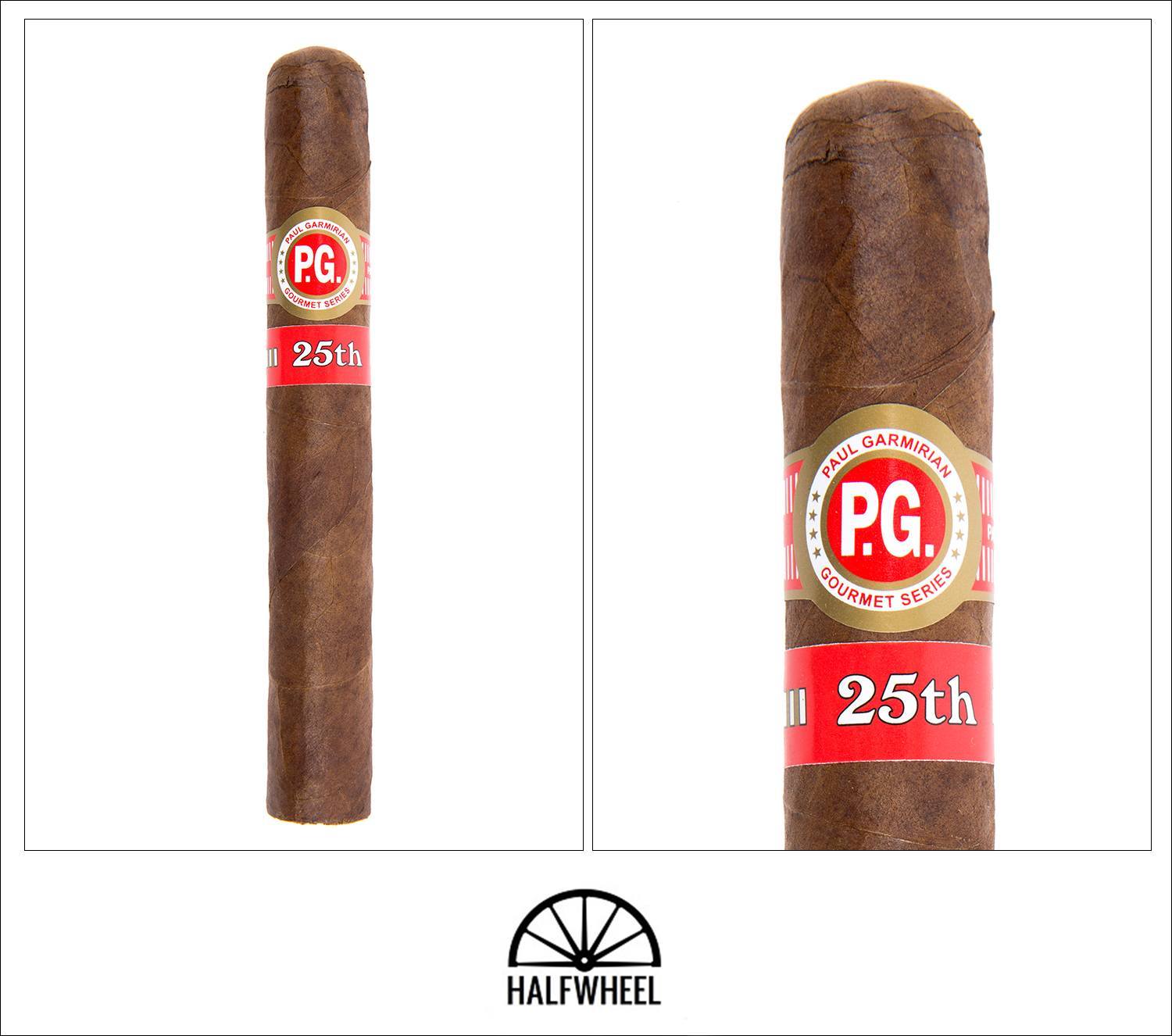 There’s something to be said for consistency and the Paul Garmirian 25th Anniversary Connoisseur looks like any other Paul Garmriain, save for the secondary band which is rather similar to the 15th and 20th Anniversary releases the company has released before. As for the wrapper, it’s a bit darker than what I would normally associate with Paul Garmirian. Aroma-wise it has a bit of cedar, but not much else. There’s some sweet chocolate from the food along with mild cedar and some pepper. The cold draw has a similar chocolate note, orange zest, some cold brew coffee that reminds me of High Brew, and some other cloyingly sweet chocolate towards the back end.

The Paul Garmirian 25th Anniversary starts out with some lemon, crisp cedar and some wheat—which sounds like a decent descriptor for a basic beer. There’s some nuttiness on the finish, but everything is noticeably muted as it starts. Eventually, the sweet chocolate flavor returns to play a role in the full profile. It’s joined by cedar, dry nuttiness and some green coffee. Through the nose, there’s a lot of harshness, but at times I’m able to pick up a vanilla-laden root beer flavor. On two samples there’s touch-ups needed, but the biggest note about the burn is that it’s going extremely slow. 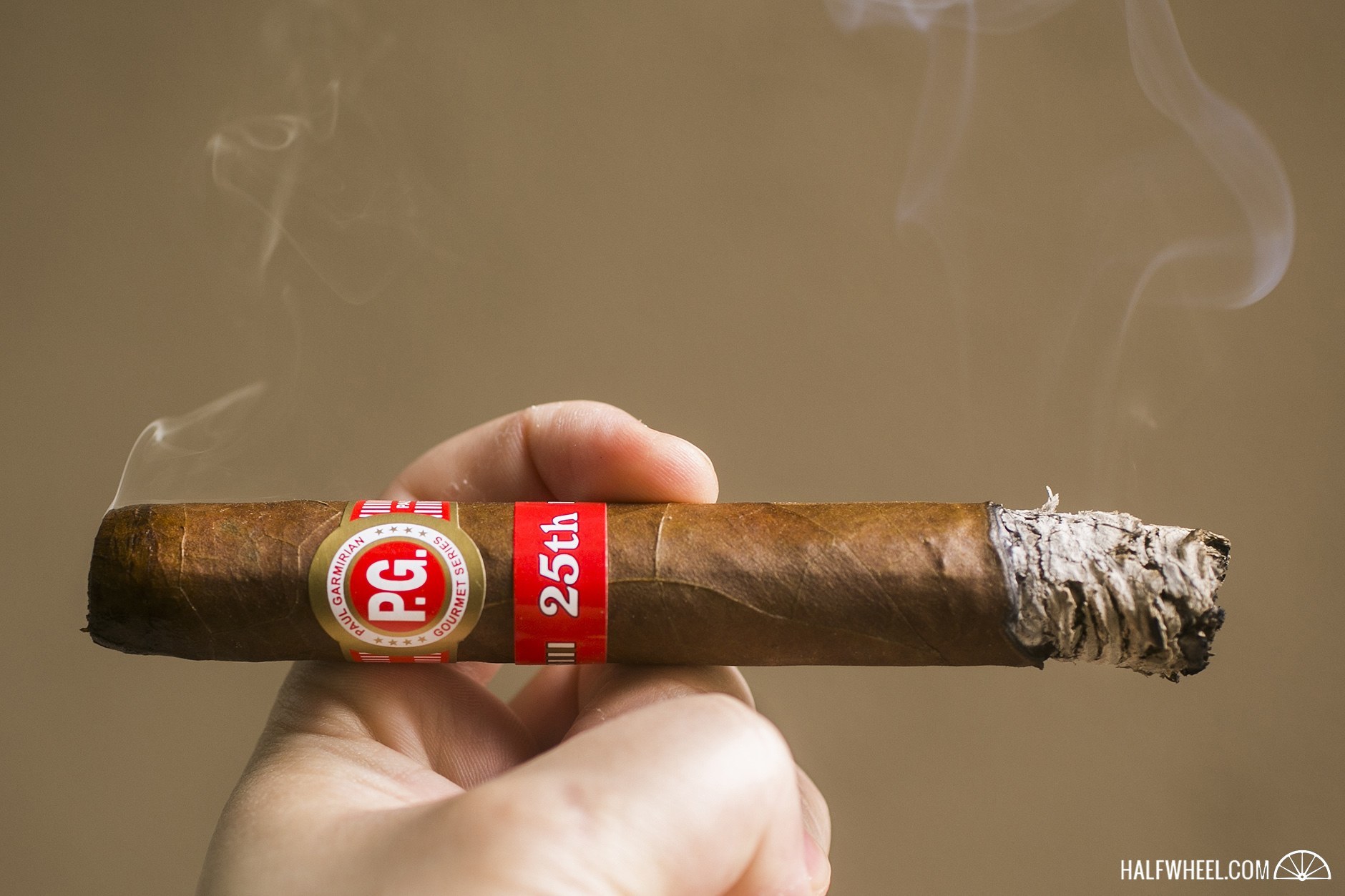 Into the second third, the cedar begins to overtake most of the profile in the mouth. But that’s not even half the story, the retrohales have become far more palatable and now there’s a mixture of sharp saltiness, lemon, creamy coffee, fruits, watercress and Worcestershire sauce. No singular puff has all the flavors, but there’s three or so of these sensations on each puff. It’s still full flavor-wise, but not as full as the early third. Unfortunately, burn issues remain and I’m forced to touch-up a few times and the cigar is still burning incredibly slow. I’d peg strength around medium-full and body at full, a bit stronger than a typical Paul Garmirian. 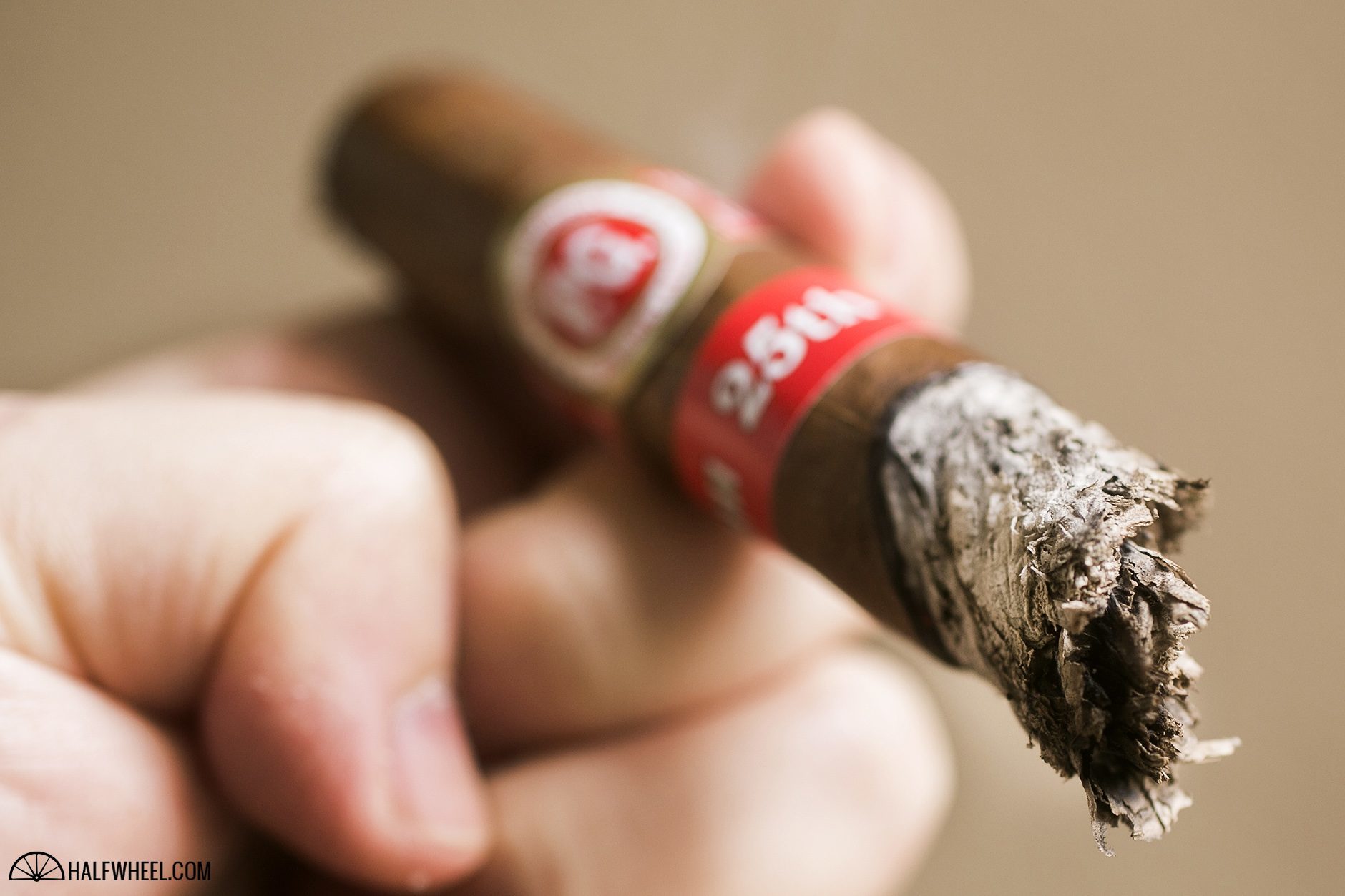 On all three cigars, my tongue is fairly annihilated at the end of the cigar. It’s not that it’s the fullest cigar I’ve had, but given the two-hour mark passed about an inch before I made it into the final third, it’s been a bit overwhelming. Flavor-wise, I’m able to pick up nuttiness, creaminess, saltiness, red pepper and a bit of a generic citrus. With an inch and a half left a toastiness emerges, particularly on the finish, which remains incredibly lengthy. There’s no touch-ups needed in the final third, although the draw loosens up a bit, which isn’t something I would call an improvement although it doesn’t really affect things given how late the change takes place. 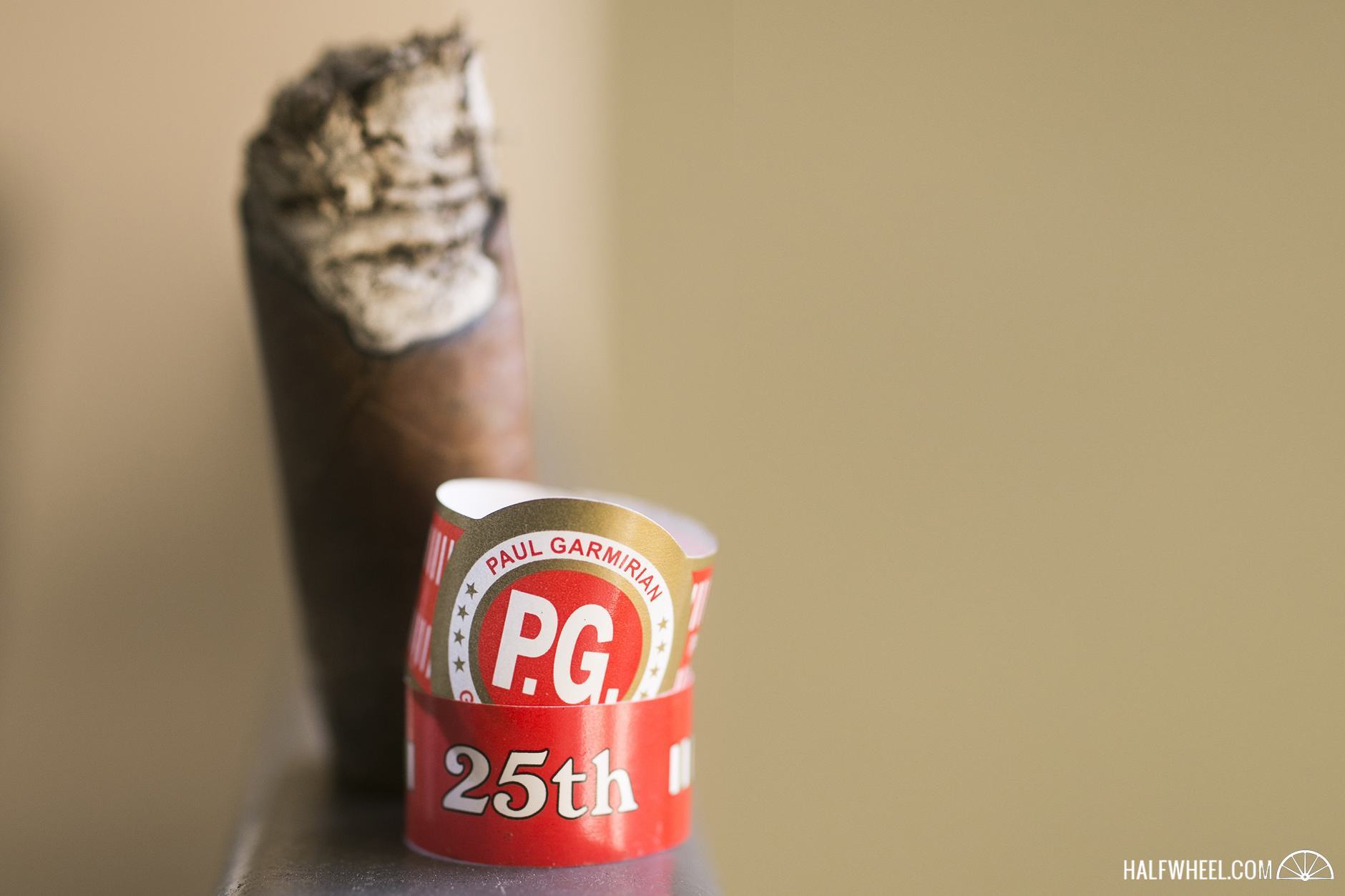 This is an example of a very good cigar that had some burn issues. I smoked the 25th Anniversary late last year as a potential candidate for our Top 25 list; it didn’t make it because of the burn issues. I really enjoyed the flavors of this Paul Garmirian release, particularly the contrast between sweet, salty and sour. It’s not a cheap cigar, but I think it ranks amongst the better releases for a company that has put out some very good cigars.