Two years ago, as the Sindicato Cigar Group looked to build its portfolio, it reached into the archives of cigar brand history to revive the Particulares brand, which traces its history back to 1895 and two men named Segundo Lopez and Alonso Menendez, who laughed the brand in Cuba.

Between the birth of the Particulares brand and its reappearance, it belonged to Pedro Martín, a noted cigar maker in his own right who in turn sold it to Casa Fernández in the early 2000s. While it had been used for a line called Particulares Reserva, it never found itself at the forefront of the company’s portfolio.

In 2016, Sindicato Cigar Group, the cigar company owned by a group of prominent retailers, announced that it would give the brand new life, though wouldn’t take ownership of it; rather it would become its exclusive distributor and marketer. As part of the new chapter, the brand got updated artwork and an all-Nicaraguan blend of tobaccos.

The line launched at the 2016 IPCPR Convention & Trade Show in seven sizes that got released in two phases, with the first four cigars shipped ahead of the other three, with the Corona Gorda and Robusto delayed until 2017:

Here’s what I said about the Particulares #1 when I reviewed it at the end of October 2016:

On the whole, the Particulares #1 is a good if not very good cigar, though the duality that the cigar has in terms of body and strength stands out as its biggest drawback. While the body of the cigar stays thin for the better part of the first half, the pepper wants to take it into medium-plus territory, while the two do a better but not perfect job in maintaining lockstep in the second half. It’s the incongruence of the two directives that ends up being my main issue with the cigar; there are moments where I find myself considering a box purchase, and there are others where I find myself wanting to put the cigar down and move onto something else. For the most part I am impressed by the Particulares, intrigued as to what the larger ring gauges might offer and confident in recommending giving it a try or two should you come across it. 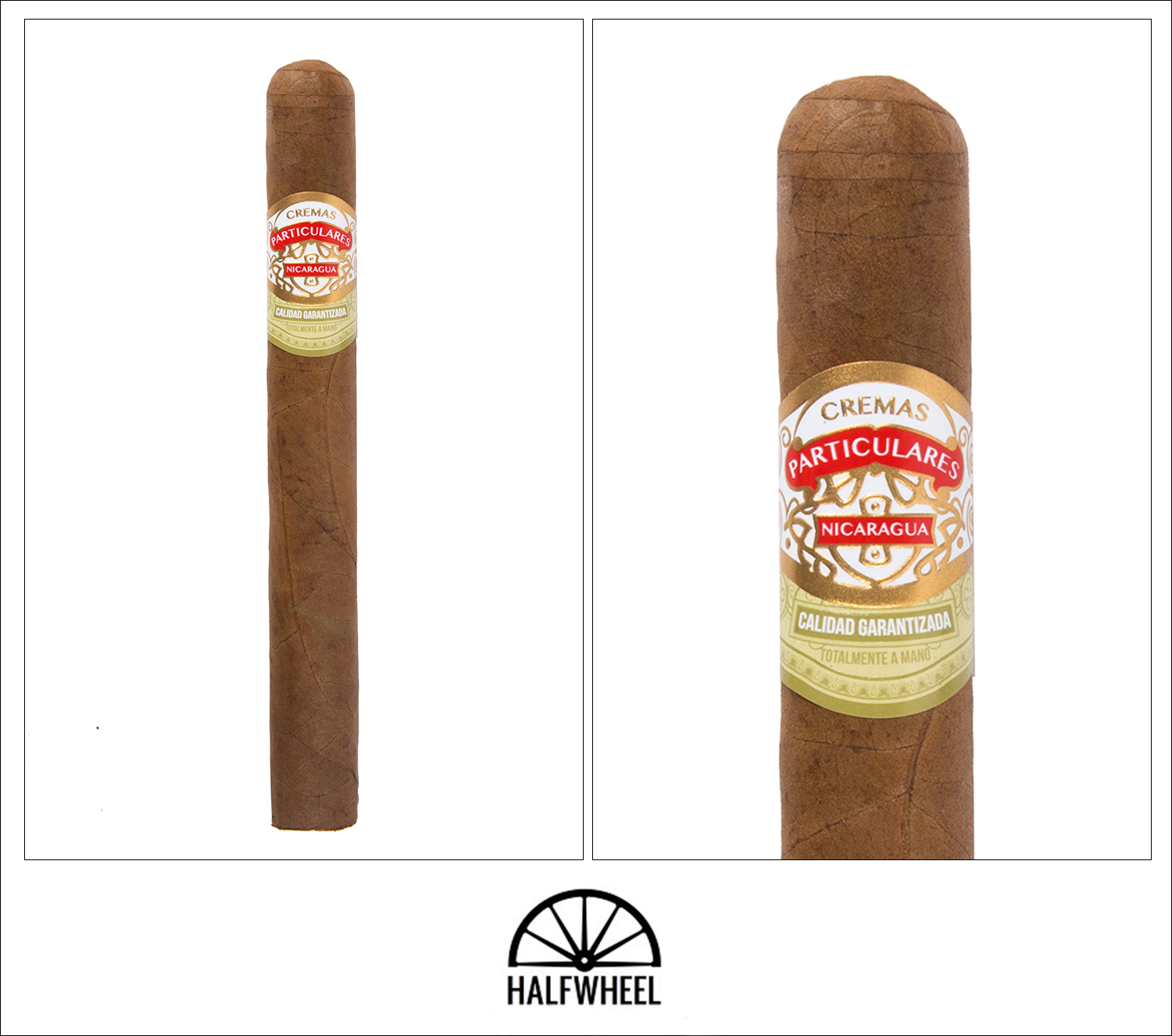 The Particulares #1 seems to have swollen just a bit during its rest, requiring a bit more effort to slide out of its cellophane sleeve. The wrapper is a lightly tanned shade of brown and on the drier side, a nod to the fact that it was grown under shade and not as dark as a sun grown Nicaraguan leaf. The color is still very even, the veins small but prominent and while not showing any tooth, has some other bumps and texture to it. It has a firm core, flat seams, smooth cap and has held its slight box press well. The wrapper has an aroma that is slightly bread-like, slightly cereal-like, with no sweetness and just a general smell of grains. The foot is much the same, though hints at some sweetness. The cold draw is surprisingly firm and offers more sweetness at first draw, a bit of toffee or butterscotch first, then a more sugar-forward flavor in line with dry Frosted Flakes.

After taking a bit longer to get the foot lit than anticipated, the Particulares #1 starts off with more pepper than I would have expected given how little was shown prior to being lit. The draw is a bit tight at first as well, though it loosens up to fall within the more normal range rather quickly. My first retrohale also shows some tickling white pepper, subdued in its bluntness but still quite alive in its ability to tingle the nostrils. The first clump of ash seems to jump off the cigar and into my lap at just about half-an-inch long, exploding into smaller flakes of ash first on me, then on the ground. The flavor’s a bit ahead of the body and strength through the first third, a vibrant medium while the others are medium-minus. White pepper picks up towards the start of the second third and retrohales are much more stimulating, while a bit of sweetness starts to emerge on the palate and provides a brief curtain from which table pepper quickly emerges and sets the stage for a very toasty note to linger on the tongue. From there, it’s on to a new flavor of earth that brings about the second half of the cigar. While the draw is a touch tight, the cigar has burned quite well with sufficient smoke production. 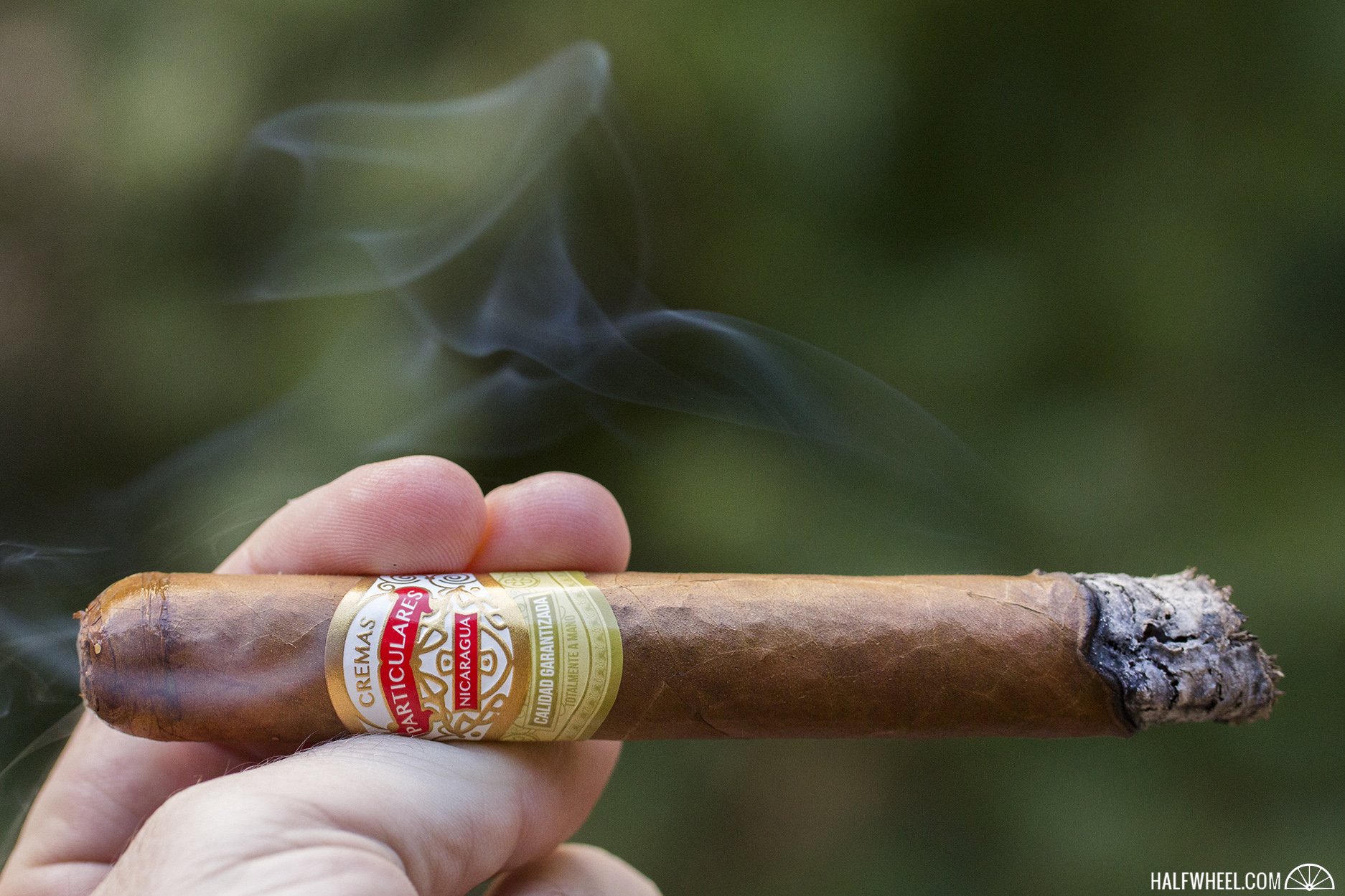 The second half is a good bit fuller bodied than anything the Particulares #1 showed in its first half; pepper is at a new high mark and now taking on some more potent black pepper, while the tongue gets more middle-of-the-road earth that leads the way for a finishing sweetness of butterscotch hard candy. Pepper is now much more engaged on the front half of the tongue, leading a combination of woods and dry earth with sweetness pushed out of the equation. A bit of charred earth and pepper comes along in the final two inches, the biggest effect of which is leaving a much more lasting tingle on the tongue, turning the lingering flavor a bit ashy. It’s a signal that the end of the Particulares #1 is either here or quickly approaching, and having enjoyed the cigar quite a bit to this point, I’m not inclined to go much further in hopes of finding one last glimpse of its better characteristics, putting it down about 90 minutes after I lit it up and with some nicotine strength beginning to appear in my system.

When I smoked the Particulares #1 two years ago, I took issue with what seemed to be competing directives between the thinness of the body and the eventual fullness of the pepper and other flavors. After its rest, the progression is still there but the two seem to be much better aligned, building off of each other instead of in opposition to each other. There is still quite a significant journey and progression of flavors and strength; the start will have you thinking of a milder Connecticut, the finish will have you thinking a more typical Nicaraguan corojo. Either way, it's an appreciably better cigar and one that I enjoyed quite a bit.