The most talked-about release amongst General Cigar Co.’s IPCPR 2016 releases was without question the Hoyo La Amistad, one of two cigars being produced for General by A.J. Fernández. That being said, the showcase release was a new release for the Partagas brand, Ramon y Ramon.

Ramon y Ramon was front and center when you walked into the General Cigar Co. booth and there you were met with a story that sounds a bit familiar. General took seeds from its vault that were used nearly five decades ago and created hybrids to use them for a modern release. It’s the same process the company described with the Macanudo Mao, but this time the seeds were from Ramón Cifuentes Toriello.

Cifuentes was the former owner of the Partagas brand, a mark his family acquired in 1900. Both his father and grandfather were also named Ramón and they passed down the brand to Cifuentes Toriello, who owned it in Cuba up until the Cuban Revolution.

According to Cifuentes Toriello, he was offered a position to remain within the then nationalized Cuban cigar industry, but he decided to leave the island and went to work at farms owned but the Cullman family, which owned General Cigar Co. Eventually, Cifuentes would agree to sell General the rights to the Partagas brand while he would work for General overseeing its cigar operations until his retirement in the 1990s.

As for Ramon y Ramon, the cigar uses the aforementioned vintage seed hybrid, which was grown in the Dominican Republic, along with Dominican piloto cubano and Nicaraguan fillers grown in that country’s Jalapa region. On top of that is a Dominican binder and a Cameroon wrapper grown for the Meerapfel family in Belita, which is located right on the border of Cameroon and the Central African Republic.

The cigar is offered in four sizes, each in boxes of 20: 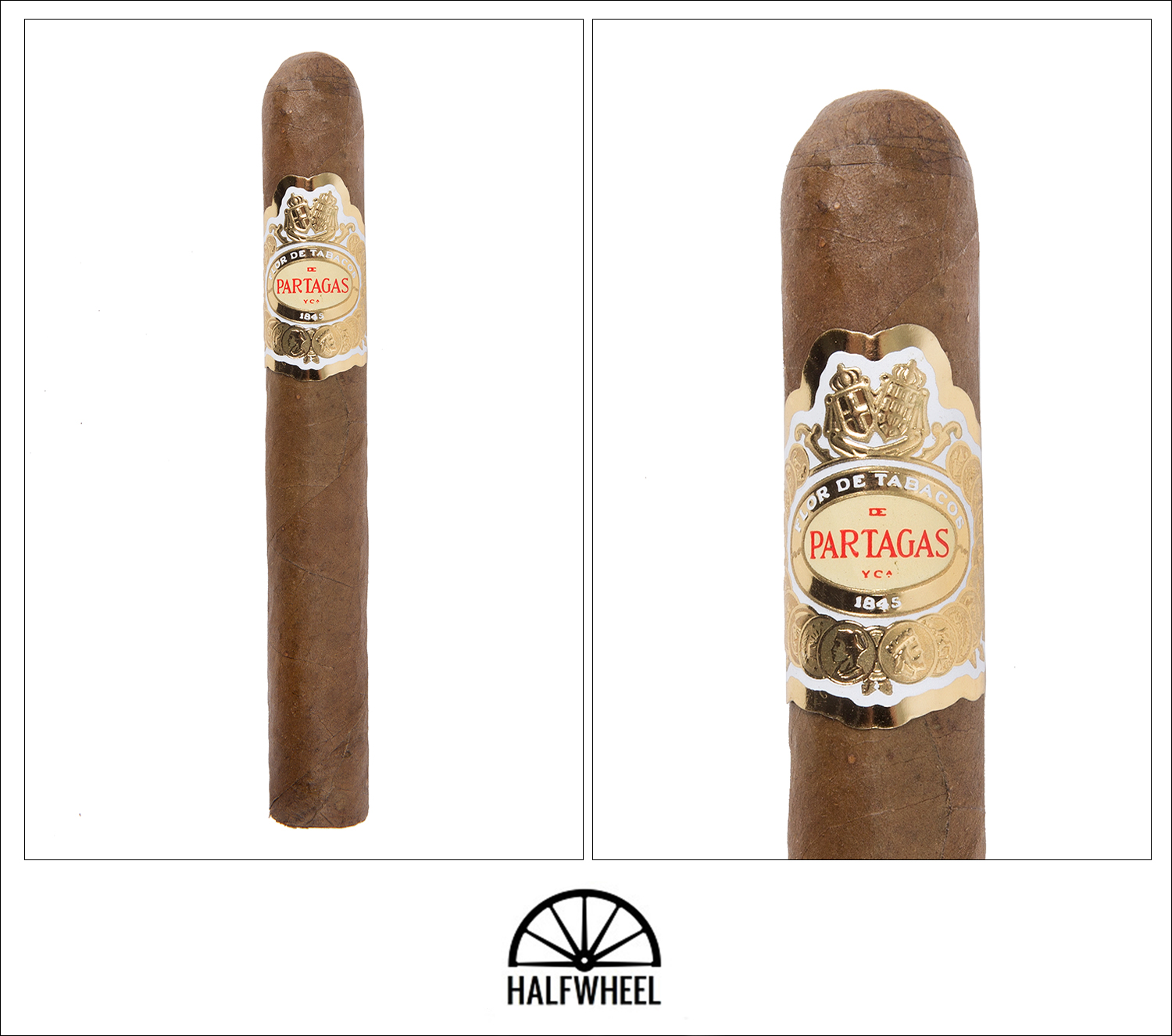 Cameroon is admittedly not the prettiest-looking wrapper in the world and while this looks like it came from some pretty good Cameroon stock, it’s not winning a beauty contest. There’s a large vein running down two the three samples, but the wrapper does have generally uniform color. Aroma off the wrapper is fairly elementary with just some acidity and nuttiness. The foot of the Ramon y Ramon has much more flavors with sweet chocolate milk, spoiled milk and a fairly big herbal flavor. Things are similar on the cold draw with a melted chocolate milkshake dominating a very mild fruity flavor and a small amount of black pepper.

Oddly the draw starts a lot more open than the cold draw. Flavor-wise, the Ramon y Ramon has a generic toastiness and some nuttiness along with a very peculiar herbal flavor that is relegated to the left side of my tongue. The flavor develops into a mixture of some toasted sourdough bread, a sweet peach note, roasted nuts, burnt popcorn and a tomato-like flavor that is more ketchup than fruit by the end of the first third. Overall, there’s a nice contrast between the sweet and salty flavor. While the first clump of ash falls off pretty early on, it seems to stick around longer after that. Strength is mild-medium, body is medium and the strength is medium plus and very long-lasting. 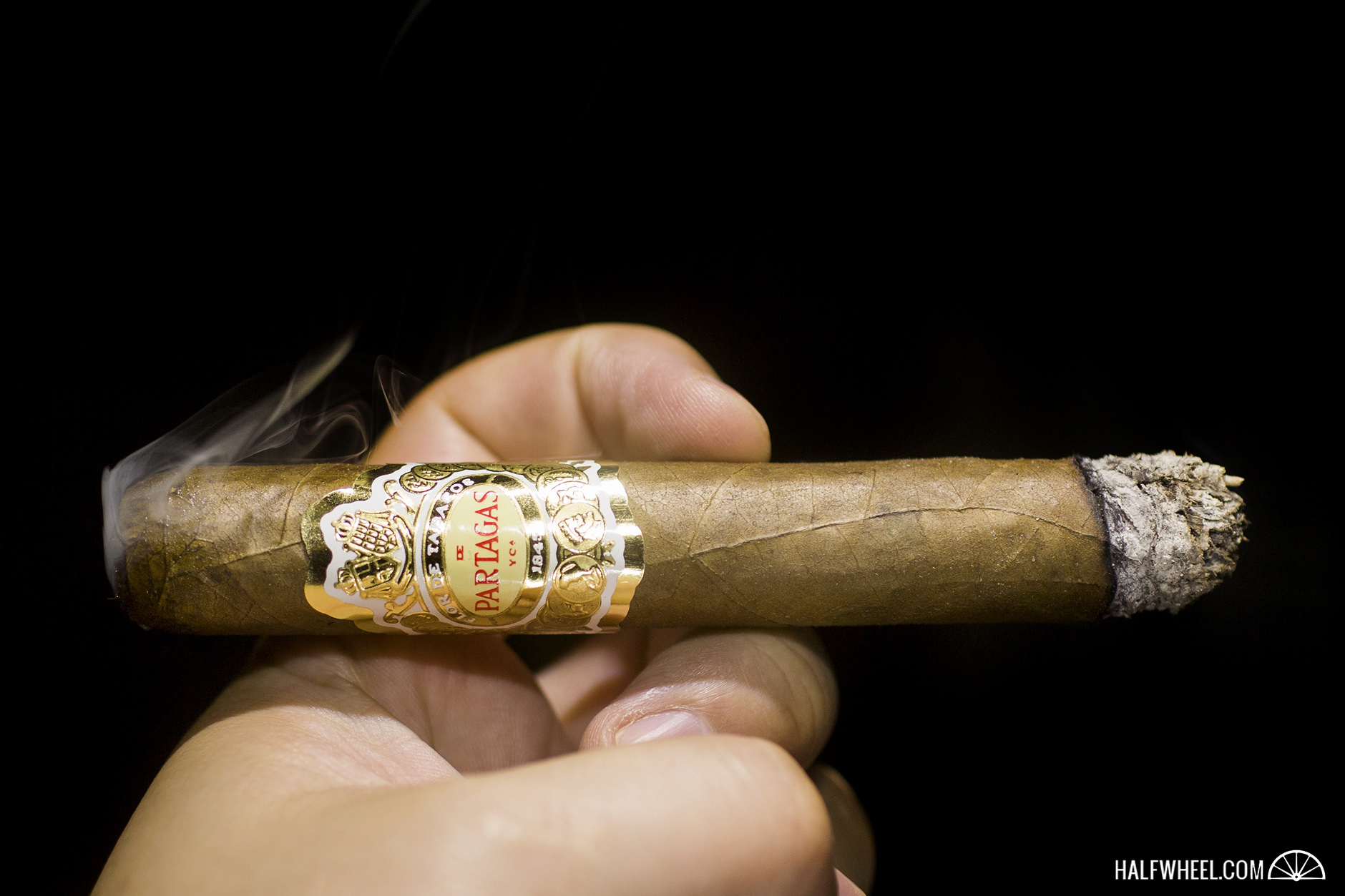 The second third of the Ramon y Ramon Maxim Grande sees the flavors get significantly more detailed. A lemon jelly bean replaces the peach flavor and is joined by sugar cookies, almonds, dry spaghetti and lots of white pepper on the back of the throat. The finish is quite herbal with oregano and cilantro standing out. It picks up to medium-full, while body remains medium and the strength remains relatively mild. Construction-wise, the draw opens up a little bit though it’s not problematic and the smoke production remains strong. 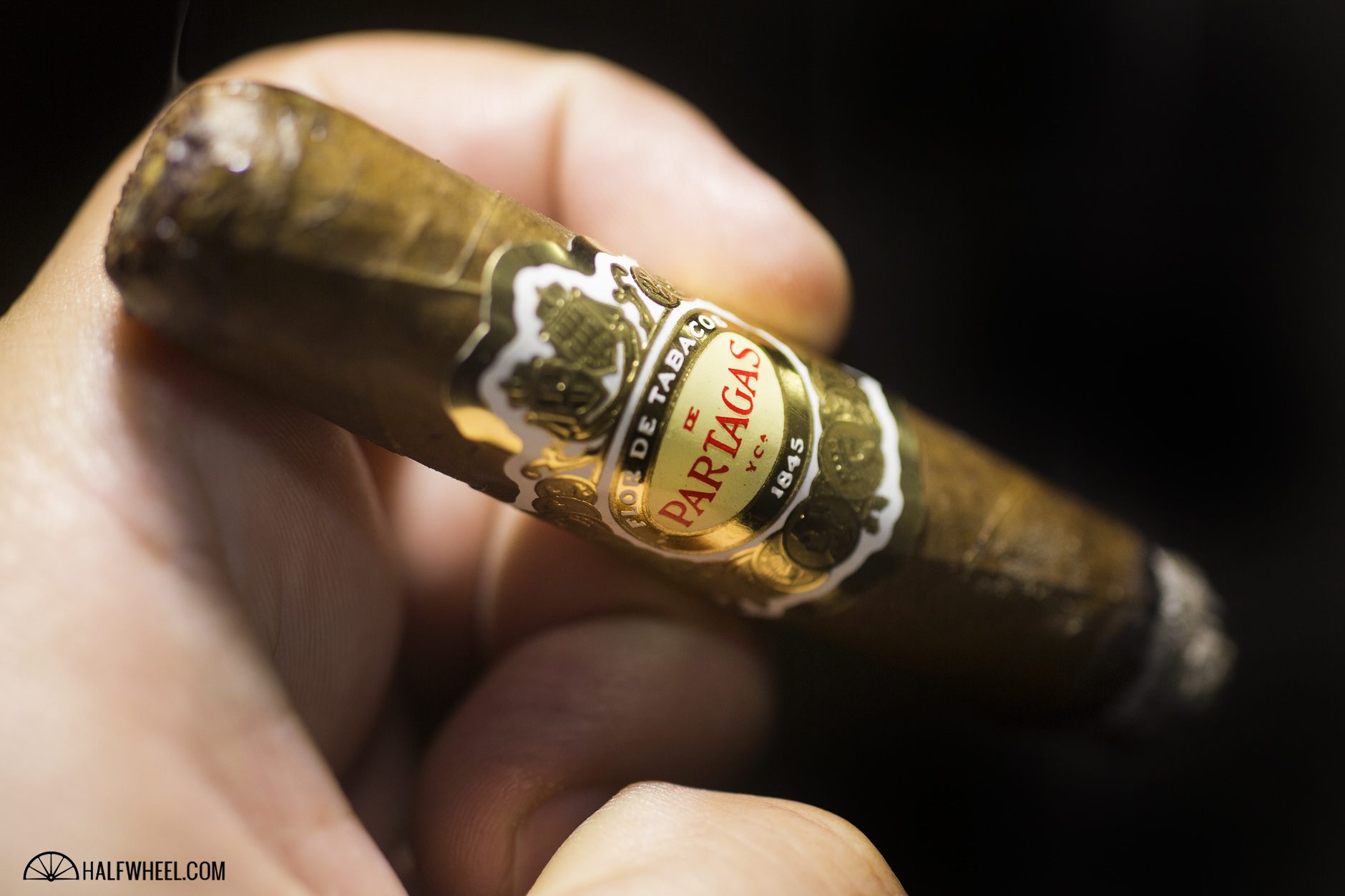 That ketchup flavor returns in full force in the final third joined by toasty nuts, sugar cookies and pasta. There’s pink rock salt on the finish along with some acidity and a touch of cocoa. I make a touch-up on all three samples and the burn slows down quite a bit, but otherwise, construction is similar: decent smoke production, slightly open draw. Strength and body both finish medium-plus, while flavor is medium-full. 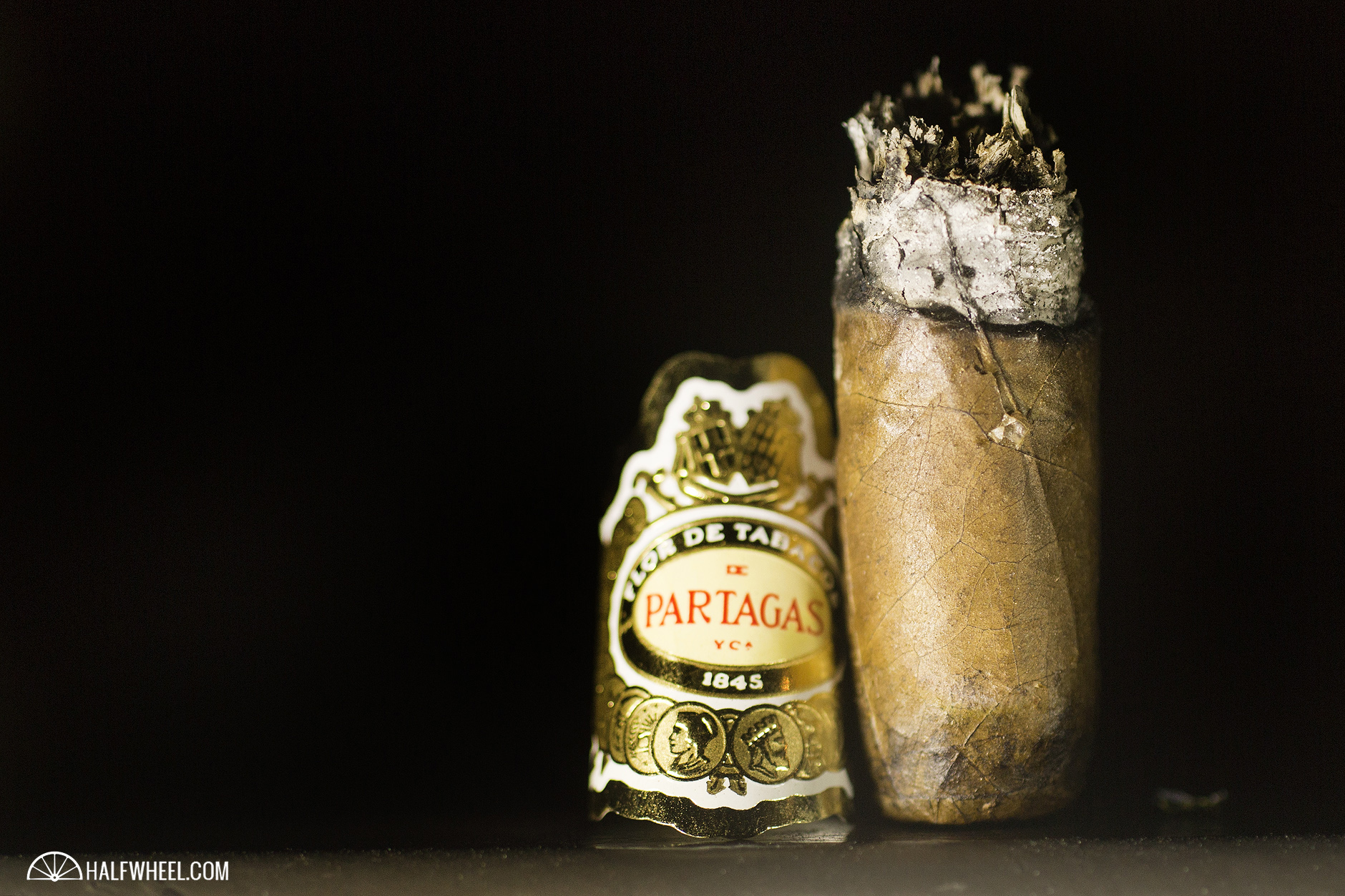 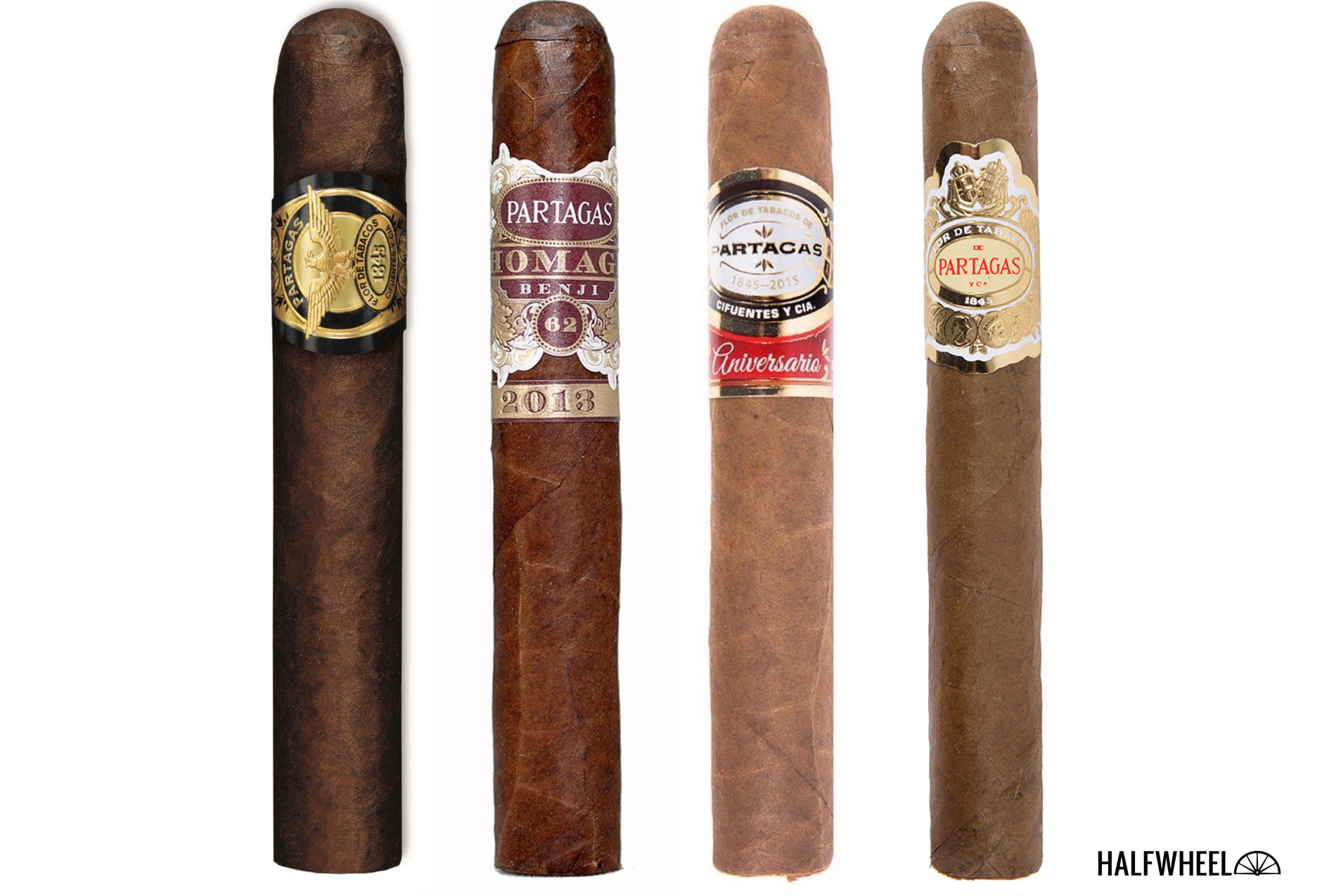 Cameroon doesn’t get much love these days. It’s expensive, it’s fragile and it’s something that just hasn’t caught on with the Nicaraguan manufacturers that have been the darlings of the industry of the last few years. That being said, when you blend Cameroon right it produces some of my favorite cigars of all time. This is a sweeter side of Cameroon, largely without the sharp peppers on the retrohale that can be found on many Cameroon-wrapped cigars, and overall it make for one of the best new cigars I’ve smoked from General in a very long time.