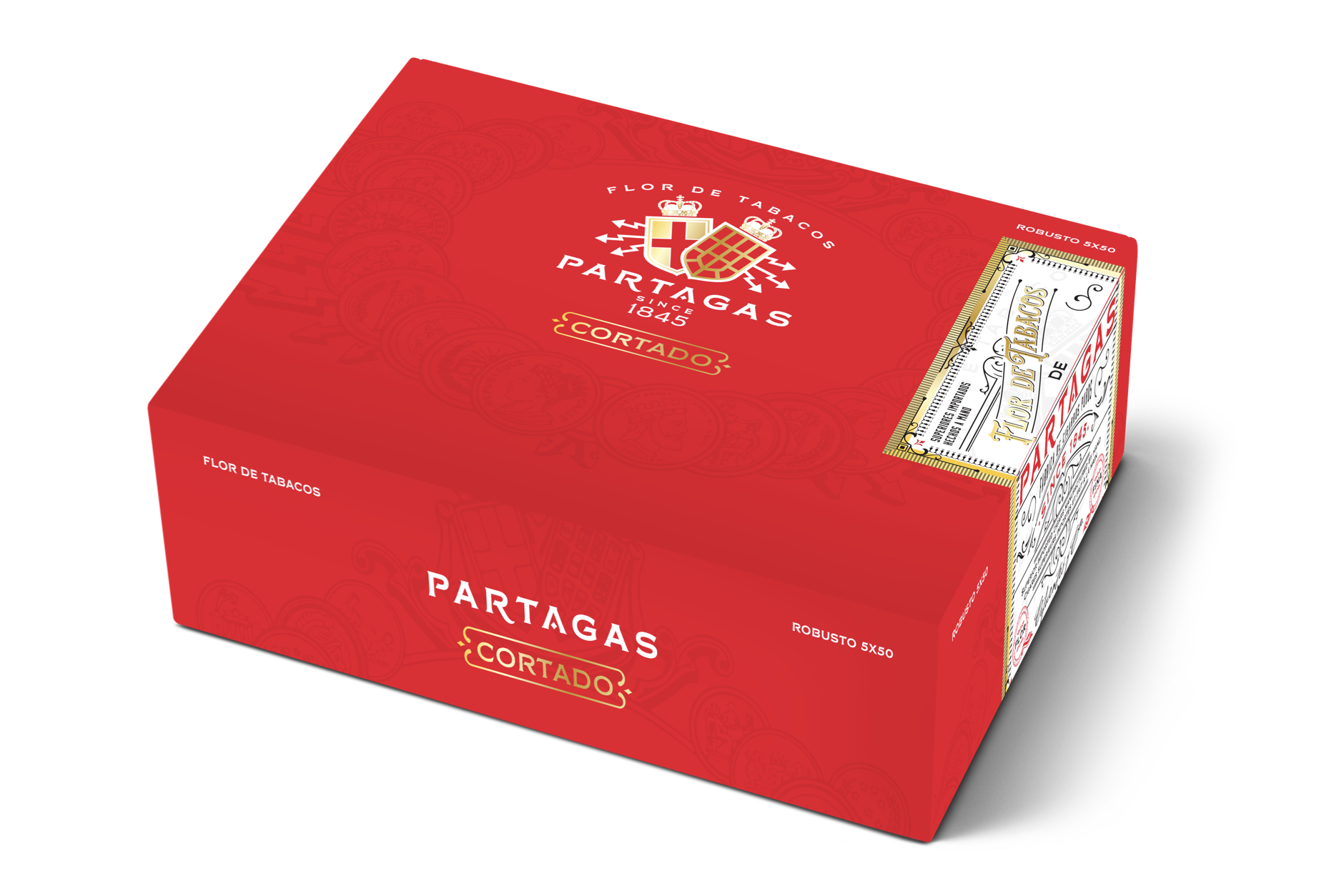 Forged Cigar Co. has begun shipping the new Partagas Cortado, which uses an Ecuadorian Connecticut wrapper over an Indonesian binder and four fillers: Honduran tobacco from the Jamastran Valley, Mexican tobacco from the San Andrés Valley, and Nicaraguan tobaccos from Condega and Jalapa. It is being produced at STG Estelí in Nicaragua, a factory best known for producing CAO.

It is offered in four sizes including a peculiar 8 x 54 Presidente size.

“With interest in the Partagas brand continuing to grow, we felt it was the right time to expand the brand portfolio with a mellow-to-medium-bodied blend,” said Matt Wilson, senior brand manager for Partagas, in a press release. “The team and I are especially proud of Partagas Cortado’s incredible versatility when it comes to pairing. The blend is creamy and complex, and its taste notes can push forward or bow to other flavors, depending on the pairing. We feel our Nicaraguan artisans did a wonderful job with the blend and look forward to sharing it with Partagas fans, old and new.”

Partagas is distributed in the U.S. by Forged Cigar Co., one of the two main Scandinavian Tobacco Group (STG) cigar distribution companies. There is also the Cuban Partagás brand that is sold by various distributors around the world through Habanos S.A.