Partagas Benji Homage Due in January

General Cigar Company has informed retailers that their new tribute cigar to the recently retired Benjamin “Benji” Menendez will be available in early January.

The Partagas Benji Homage 62 uses a Honduran Olancho San Agustin (OSA) wrapper, Connecticut Broadleaf binder and a filler blend consisting of Dominican, Honduran and Mexican seco and ligero. It will be available in two sizes, a 6 1/2 x 54 toro and 5 1/2 x 52 robusto gordo. The robusto gordo will have a suggested retail price of $9.00 per cigar and $90.00 per box, while the toro will be $9.50 per cigar and $95.00 per box, before taxes. 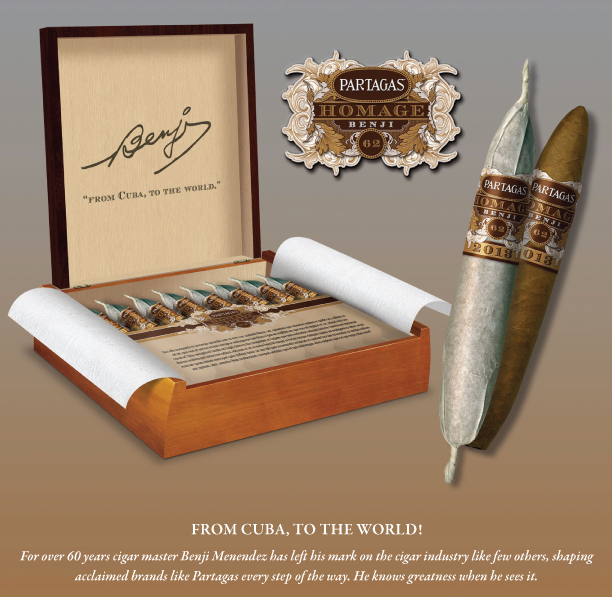