That cigar comes from Chogüí and is rightfully known as the Papa Chogüí. As for the cigar, it’s a 5 1/4 x 46 corona extra that was rolled in 2014 using all Dominican tobacco from Leo Reyes.

While Dominican Father’s Day is the last Sunday of July, the cigars didn’t formally ship in the U.S. until mid-November. Pricing is set at $9 per cigar and it was limited to only 800 bundles of 10 cigars. 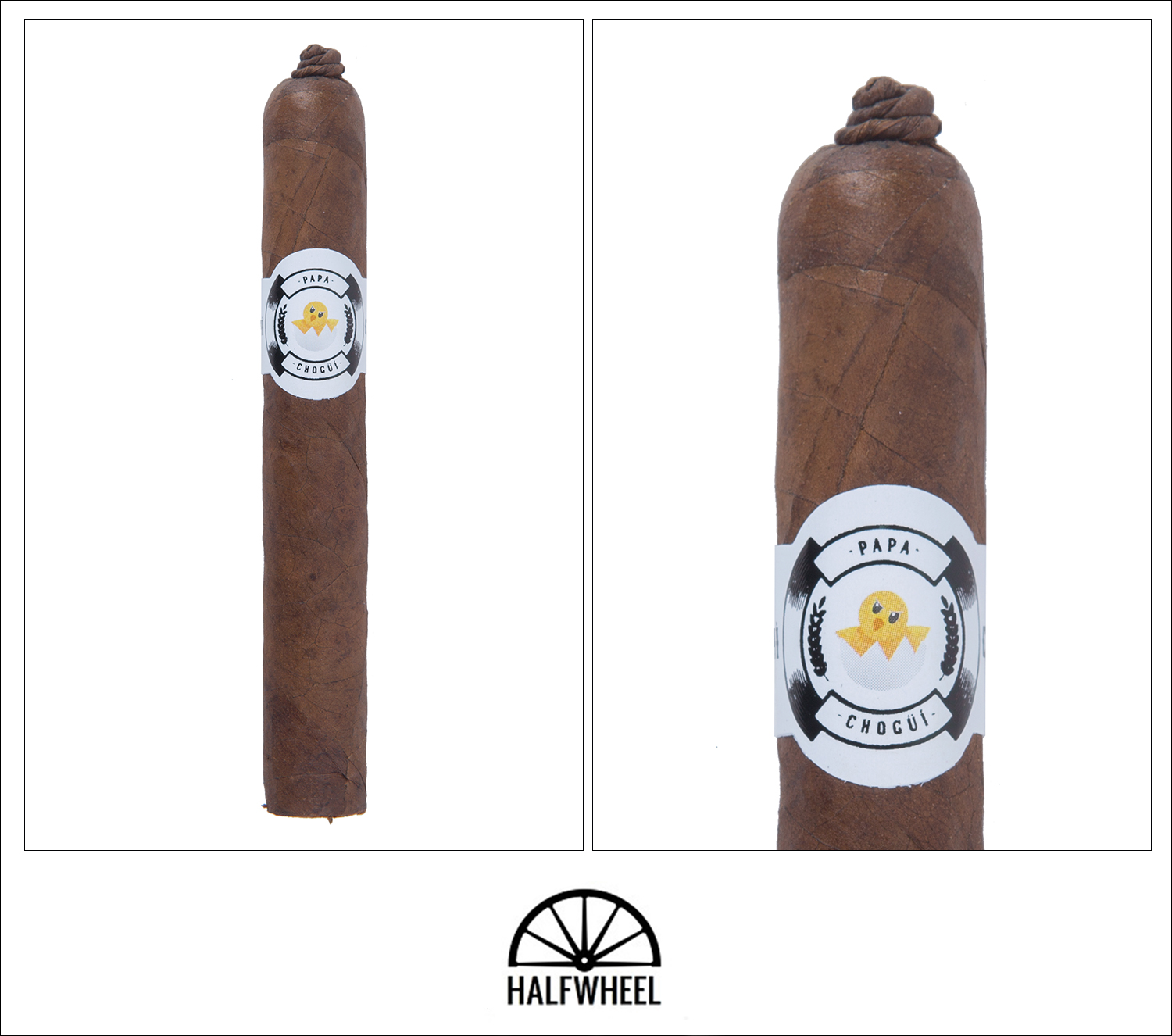 It’s very dark, far and away the darkest Chogüí I’ve seen to date. I like the bands, though there certainly is a bit of ink dot printer syndrome, particularly with the very small font. Aroma off the Dominican wrapper is mild with some leather, acidity and ground espresso. The foot is much sweeter with cocoa, charcoal, leather, redwoods and some spice. Then there’s the cold draw: it’s one of the most bizarre flavors I’ve found in cigar: fatty tuna. It doesn’t have the full on fishy flavor, but there’s hints of that and a ton of the fatty flavor. For those wondering, I’d say it’s more chūtoro than ōtoro.

The first thing I notice on the Papa Chogüí is that the draw is open, very open in fact. But, pretty quickly thereafter I get the flavor, a combination of the fatty tuna sensation, some sugar cookies and an indeterminate salty finish that disappears quickly. Unfortunately, there is not very much smoke, which means a couple minutes into the cigar, I find myself taking my lighter out just to prevent the cigar from going out. This happens on all three cigars, even after paying extra attention to the latter two cigars, which leads me to believe this is an issue with the cigar, likely a consequence of the draw. Flavor-wise, it’s quite enjoyable, the fatty tuna is now joined by some nuttiness and earthiness, though the chūtoro flavor is still dominant. One cigar has an interesting strawberry characteristic in the retrohale, though my notes are rather similar otherwise. A big part of that is the draw, which is bad. It’s too open and that seems to be affecting smoke production in the mouth, though there’s ton of smoke pouring out of the foot. 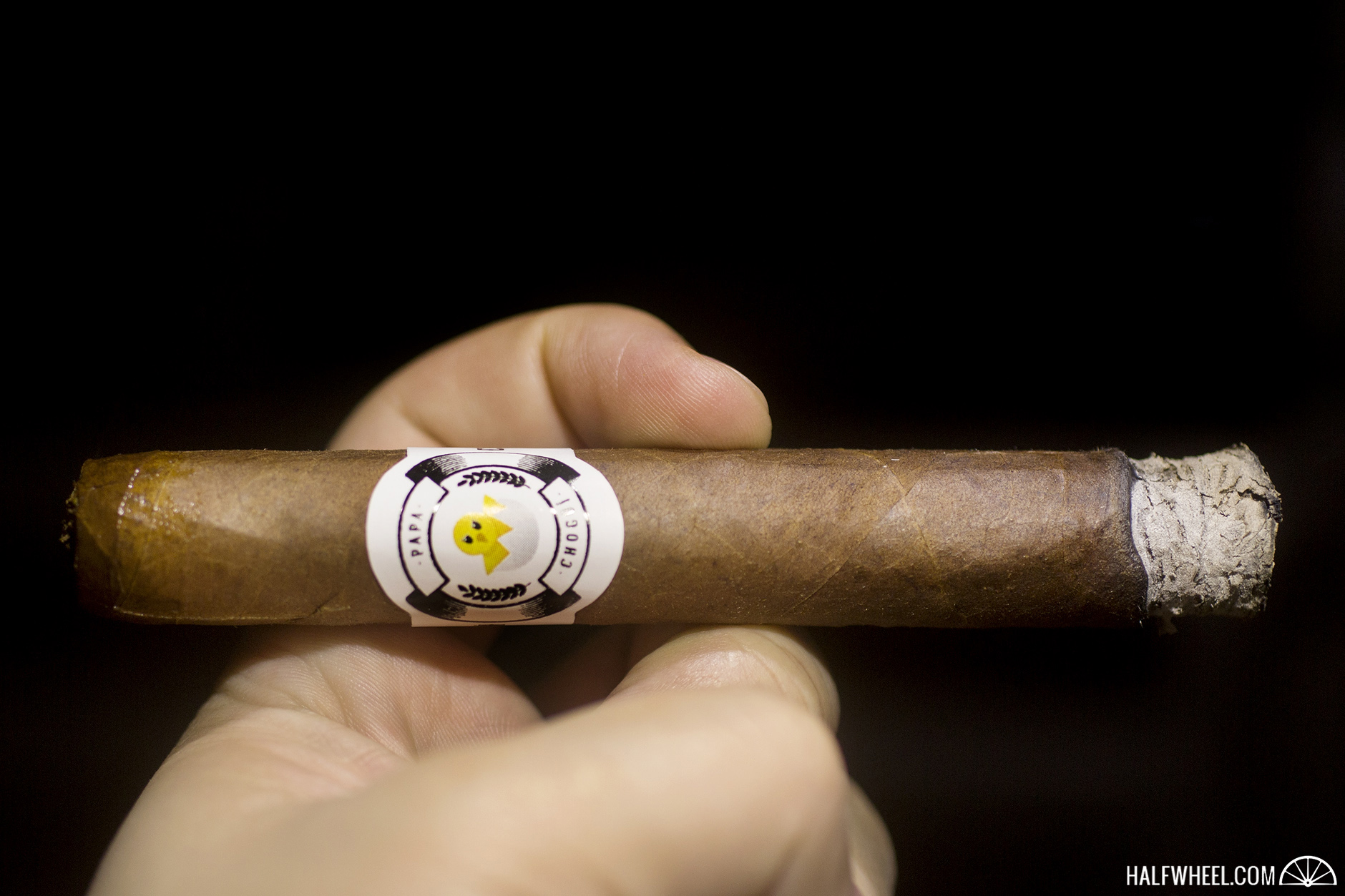 I make a variety of touch-ups in the second third and by this point I’m fairly certain it is a direct result of the draw. Fortunately, the Chogüí still tastes good. Up until the midway point the cigar is very much a copy of the first third, though at the halfway point a harshness begins to develop on the back of the throat, eventually morphing into more of a white pepper flavor. The strawberries on that one sample turn a bit more sour, but otherwise things are much the same: a generic earthy mixture on the tongue and a very discernible tuna flavor in the nose. Flavor is medium-full, body is full and strength is medium. 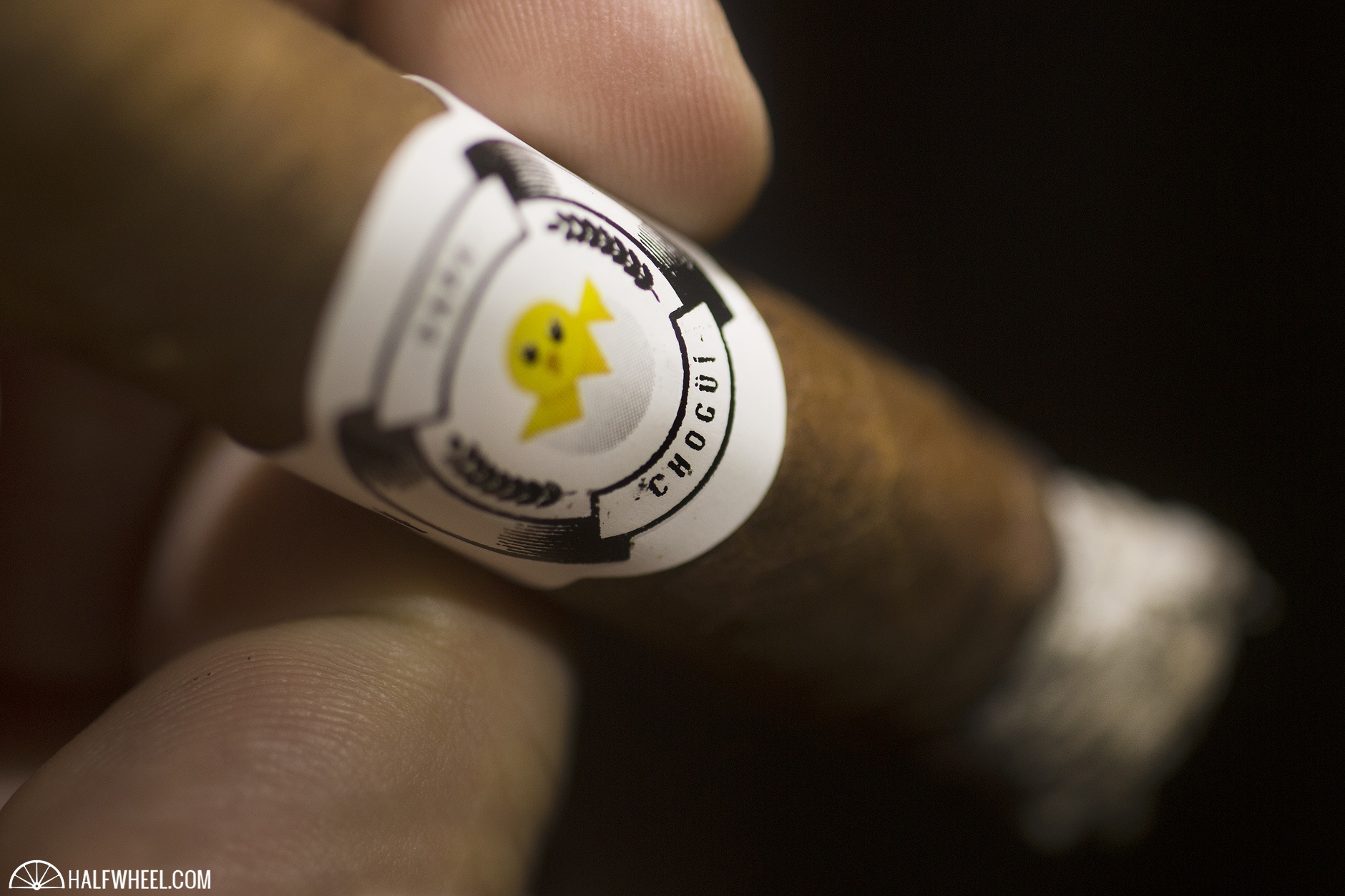 Pistachios overtake the tuna as the dominant flavor in the final third. The tuna remains, but it’s now joined by floral flavors, sour plums and some saltiness. Unfortunately, those flavors only last a bit less than an inch into the final third as the heat from the open draw begins to impact the flavors and leads to a much harsher profile. Touch-ups are needed to keep the cigar burning, but there’s nothing that’s going to fix the open draw and after an hour and 50 minutes, I give up on the Papa Chogüí. 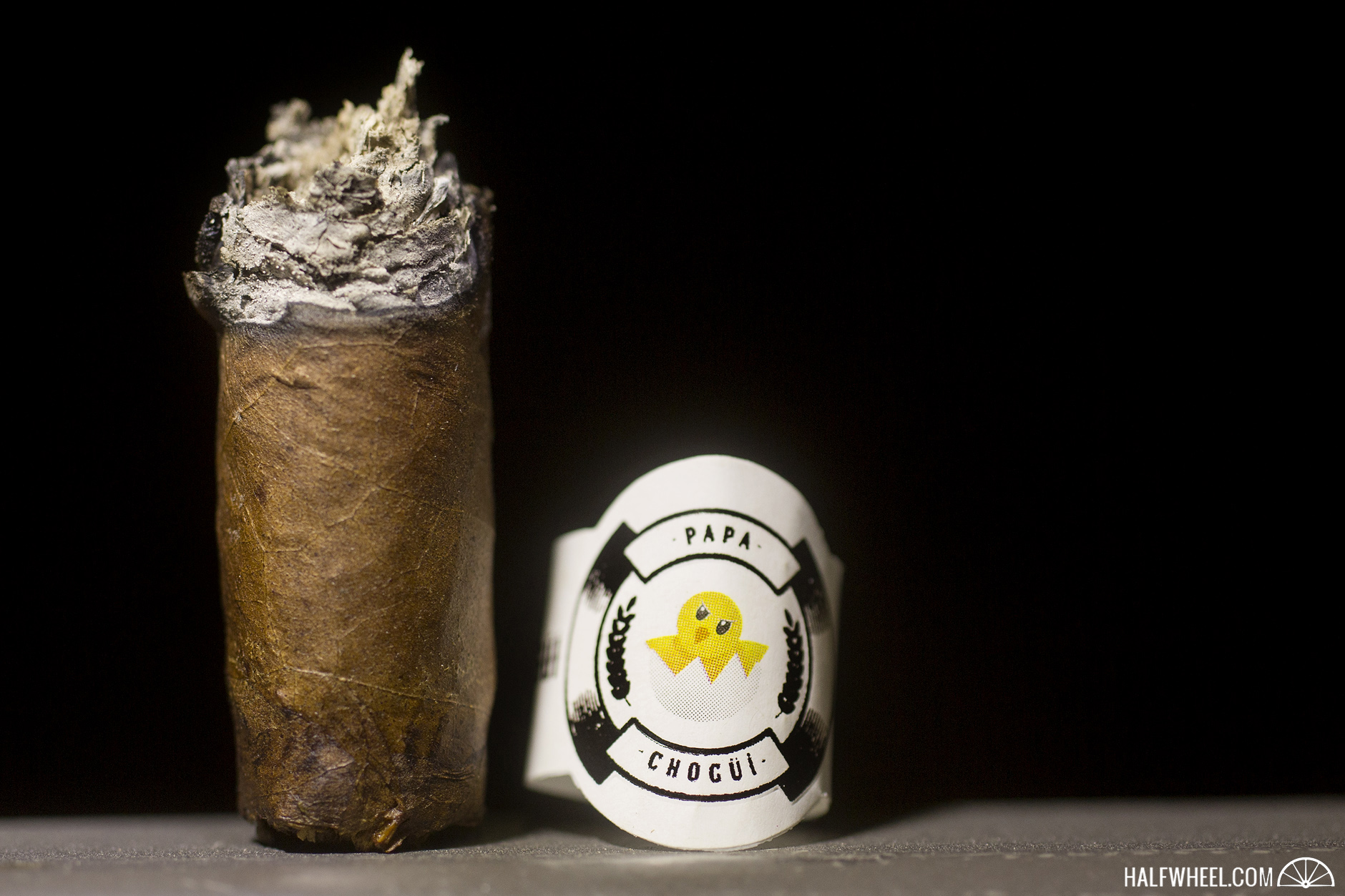 I seem to be saying this now more than ever: construction issues affect flavor. I don’t really understand how all three cigars had loose draws—albeit score one for consistency—but they did. Not slightly loose, not more open than average, but problematically loose. The Papa Chogüí certainly delivered in the flavor department, but I can only imagine how much better it would have been had I not been engaged in a ritual of faster puff rates and constant touch-ups. Recent reviews with construction issues have inspired a fair bit of comments about the topic, but the fact of the matter is simple: most cigars on the market do not have construction issues, particularly these. As much as I enjoyed the flavor of the Papa Chogüí—certainly one of the most unique I've ever had—the consistent draw issues make it challenging for me to recommend purchasing any more than a single of these.