In addition to building a portfolio of regular production and limited edition cigars, Crowned Heads has released a number of smaller run cigars and store exclusives—five last year and one so far in 2015, the Paniolo Especiale for R. Field Wine Co. in Hawaii.

Announced in early February, the cigar is a 5 5/8 x 46 corona gorda that uses the same blend as last year’s Tennessee Waltz, a 5 1/2 x 52 cigar created just for retailers in the Volunteer State, and also the same as Yellow Rose, an exclusive for Texas. 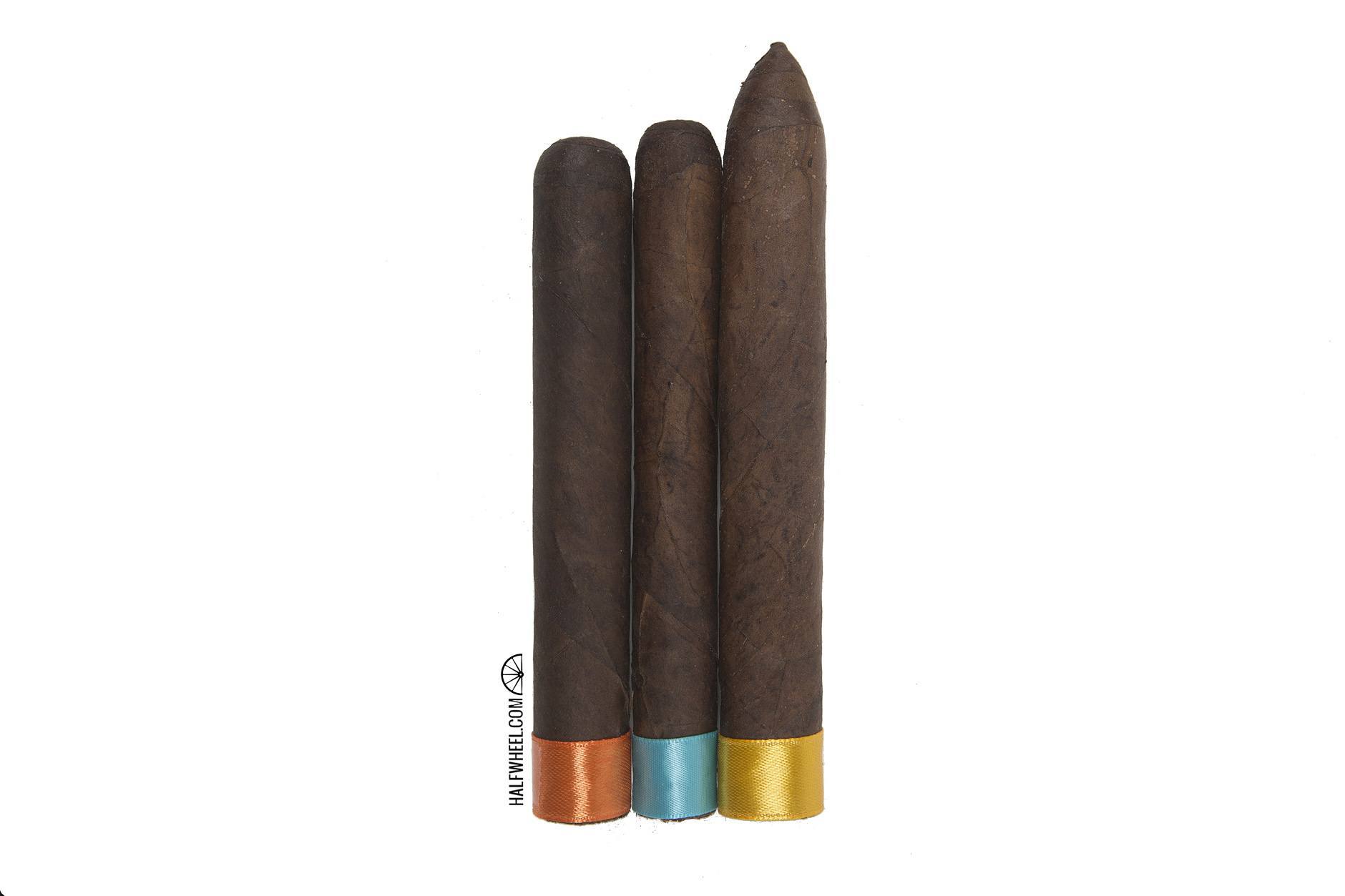 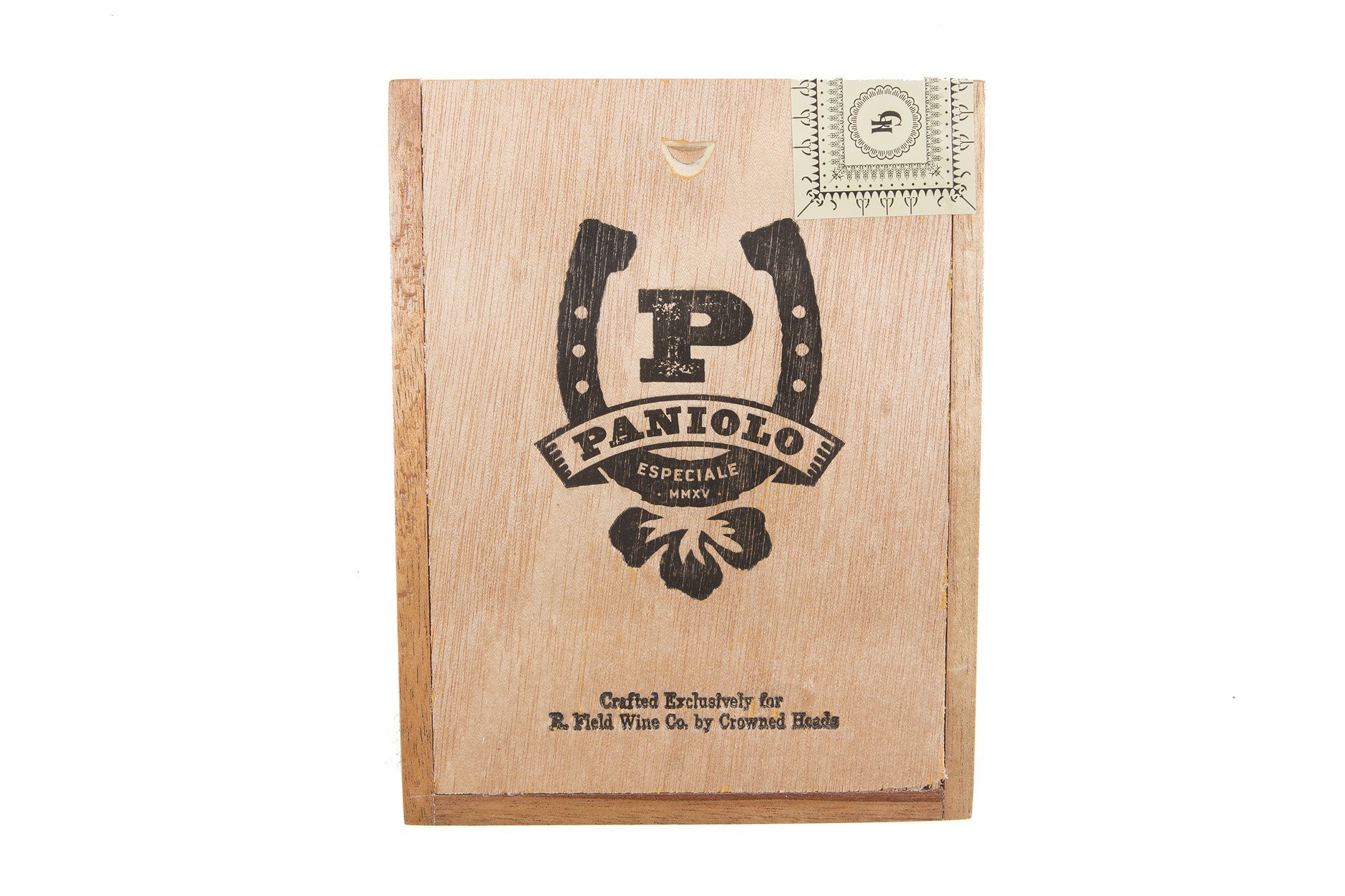 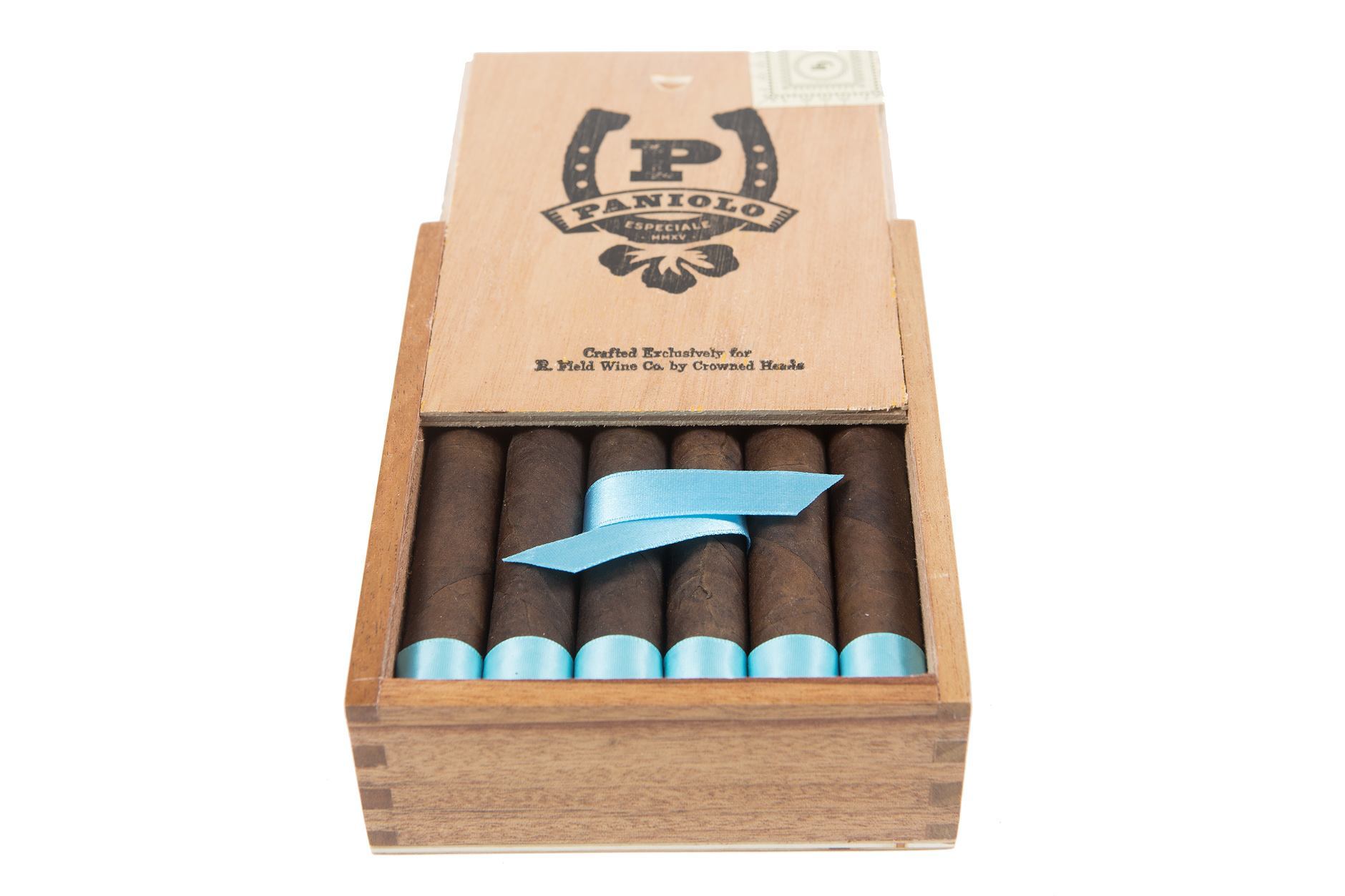 As Brooks Whittington detailed in his story about this new release, the name comes from a 19th century term for Hawaiian cowboys, or paniolo. According to the story, in 1832 King Kamehameha III sent one of his high chiefs to California to hire Mexican vaqueros, or cowboys, to come to Hawaii to teach the locals how to handle cattle and horses. The word paniolo is believed to be the Hawaiianized pronunciation of the word español, and is still used to refer to modern-day cowboys and their culture on the island.

The Paniolo Especiale 2015 is the latest cigar on a growing list of store exclusives created for R. Field Wine Co., which includes the Illusione MC Slam, A. Flores 1975 Serie Privada 46 from PDR Cigars, CroMagnon Venus from RoMa Craft Tobac, the Viaje Oro Koa, and the Tatuaje T110. 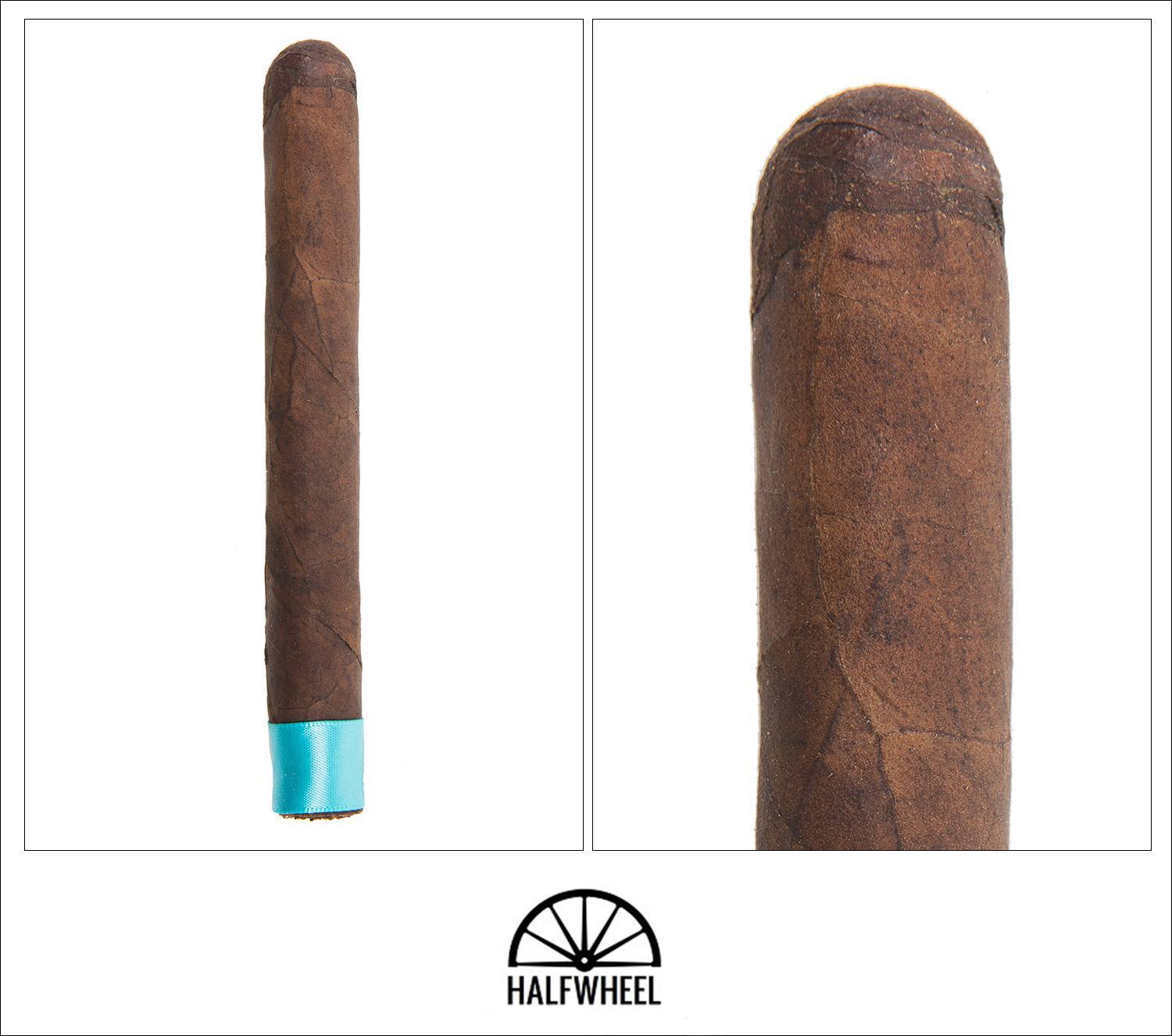 There’s an immediate familiarity to the look of the Connecticut broadleaf wrapper and its distinct shade of dark brown. The veins are easy to see but certainly don’t merit being described as prominent, and there isn’t much in the way of tooth or oils on the leaf, though one sample in particular had a slightly oily feel on the fingers. The cigar looks well rolled with slight indentations in spots and a generally firm feel from head to foot. On two samples the cap is applied a bit awkwardly, looking as if it wasn’t pressed down completely, though it does create a nice lip for my cigar scissors to clip the cigar from. The pre-light aroma from the foot has a bit of berry sweetness and some cedar, but no appreciable pepper or spice, while the cold draw is a touch on the firm side and offers cereal grains as its lead note with a bit of wood, earth and pepper in the background.

It’s terroir on top of terroir from the Paniolo Especiale 2015 out of the gate, as the cigar greets the palate with a robust earthiness followed by a good bit of pepper. Notes of wood and coffee come along as well in the first inch as the burn line progresses evenly and reveals a bright and neatly stacked white ash, with a good amount of white smoke coming from the cigar. The first couple of retrohales continue to emphasize the pepper, delivering a punchy and pointed sensation in the nose, especially when drawing out the process. I find myself eagerly looking for some broadleaf sweetness in the first third, but I don’t find much if any, with the cigar content on showing off the robust earthiness of its blend. The smoke picks up a bit of volume after about an inch, adding a touch of chalk and a bit of creaminess. A good clump of ash carries the Paniolo Especiale from its first third to its second, finally giving way at just about an inch long. The flavors don’t change much prior to the break, but once free of the ash the cigar shows more notes of chalk and white pepper, along with a bit brighter earth as it shifts away from the heavier notes it exhibited earlier. There are a few moments where the palate gets a reprieve, but every retrohale offers plenty of white pepper in case a bit of sensory stimulation is needed. Around the midpoint I pick up a slight taste of oats before the cigar returns to the gruffer notes of terroir found earlier. The burn has been flawless with plentiful smoke and no need for any sort of assistance to keep the cigar lit. 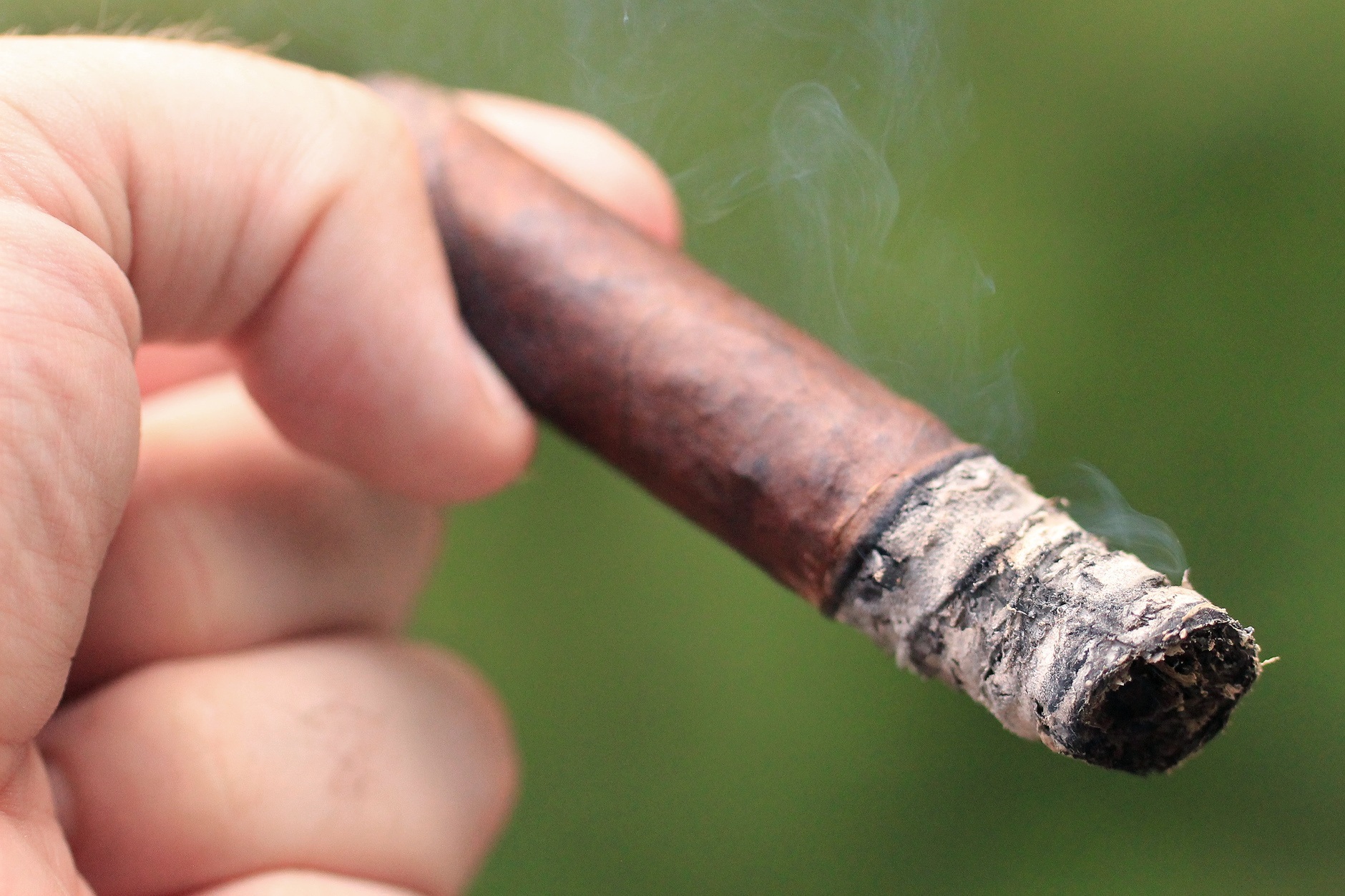 I can certainly say that it’s easy to become familiar with the flavor of the Paniolo Especiale 2015 fairly early on, and the cigar does its job to stay consistent throughout the first two thirds. I’m still hoping to find some sweetness in the cigar and there seem to be some very, very subtle suggestions that there are some in the final third, but they never move forward to enough to truly be part of the profile. There are a few points where some saltiness enters the equation but never enough to call it a salty profile, while some minerals come along in much the same terms closer to the nub. For the most part the pepper has died down but can still be found on retrohales, with the diminished amount on the palate helping the cigar get smoked down to a half an inch or so as touches of tree bark provide the finishing flavor flourishes. 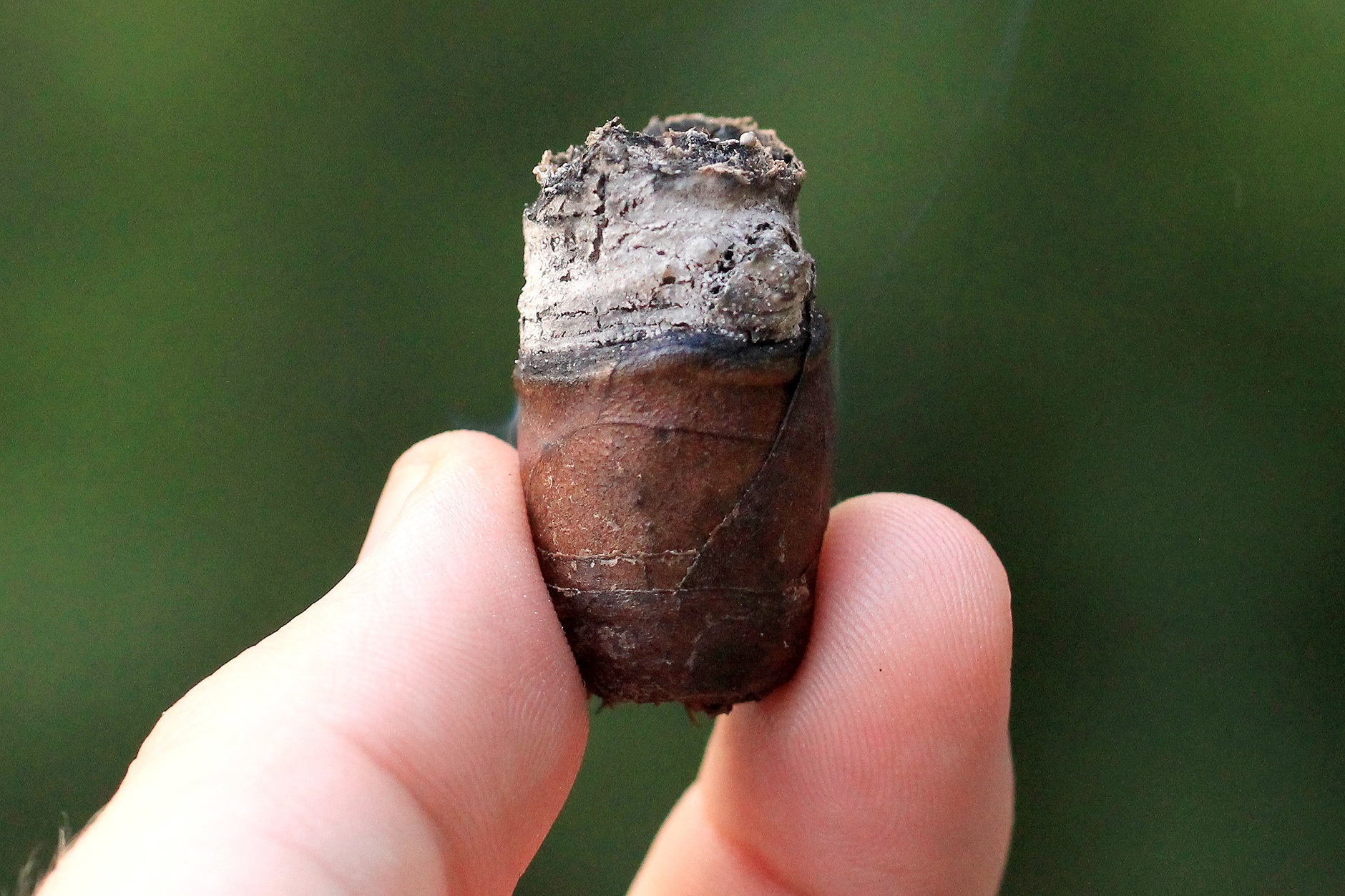 For those times when the palate craves a robust flavor profile with earth and pepper, you could easily satisfy it with the Paniolo Especiale. While it leaves a bit to be desired in terms of complexity and flavor progression, it scores well in consistency, balance and construction. It’s another feather in the cap for Crowned Heads and My Father Cigars S.A. and should be a winner for R. Field Wine Co.