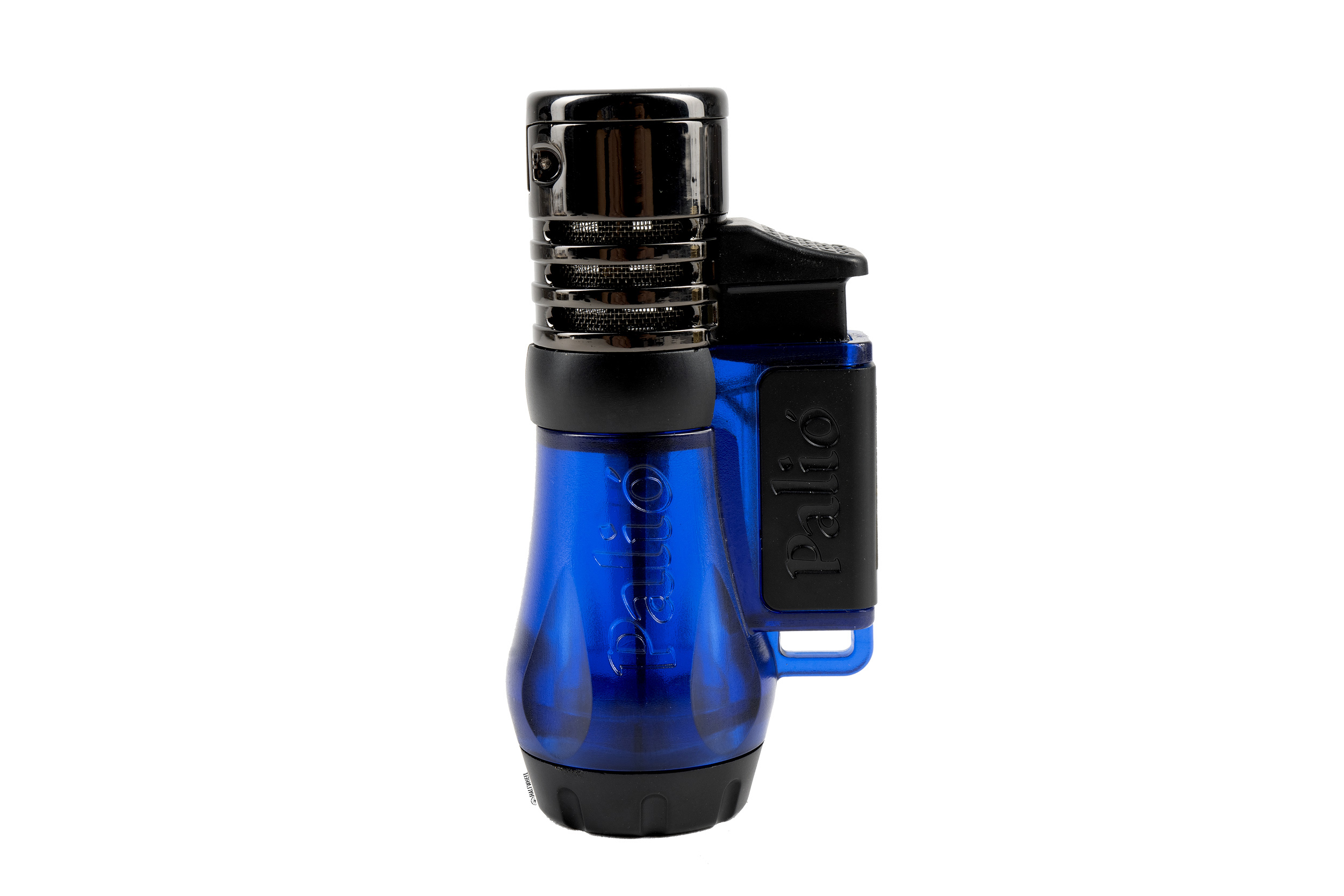 The problem with that is that while I can certainly recommend a single lighter, I like having options depending on what I’m smoking. That means having both a single and triple flame, a soft flame, a bit flashier of a lighter and what is easily my favorite segment of the lighter market: the value-priced workhorse. By that, I mean the $10ish lighter that I can throw in my pocket or humidor, is barebones when it comes to features but offers a solid, reliable flame.

Fortunately, there are a number of options in that regard, many sharing a similar design of a large, translucent fuel tank, flip up lid and plunger-style ignition. In September 2020, another option joined the market, the Palió Vesuvio from Quality Importers Trading Co.

The lighter is named for Mount Vesuvius, the Italian volcano that is famous for its eruption in 79 AD that destroyed the city of Pompeii. Given that it is a triple flame torch lighter, the name seems fitting as it puts out a good amount of fire with which to quickly light any cigar.

It becomes the third lighter in the Palió portfolio, joining the single flame Torcia and another triple flame, the Trio. The Palió Vesuvio is a budget-friendly, pocket-friendly, triple-flame torch lighter. It measures 3.21 inches x 1.64 x 1.21 (82 mm x 41 x 31), and weighs 2.4 ounces (68g). It is a fairly straightforward lighter and its base is the flame adjustment wheel, making it incredibly easy to dial in your desired flame height. Beyond that, its three jets are angled together and arranged in a triangle configuration to create a more precise flame. The company says that it will work at elevations up to 12,000 feet.

Its translucent tank is available in five colors: clear, smoke, red, blue and green, while the upper portion is a gunmetal shade of gray and the remaining portions—the ignition, flame adjustment wheel, and accents—are black.

As with other Palió lighters, the Vesuvio comes with a two-year warranty.

Much like some other companies have done, Quality Importers has moved away from the single action ignition. That means that you need to flip the lid up manually before you press the ignition, a small inconvenience but one that pays off in the long run as it prevents the latch mechanism that would otherwise be there from eventually wearing out and the lid being left in the open position. Once the lid is opened, all that’s left to do is depress the ignition, which both begins the flow of butane and then sparks the piezo ignition. Light your cigar, release the ignition to extinguish the flame and flip the lid back to the closed position. Most lighters like this tend to be in the $10 to $15 range, but being able to find one for less than $10—and that’s with sales tax—widens and shifts the market a bit. It also creates a new and worthwhile point of consideration on the scale of value vs. performance. There’s no shortage of triple flame torch lighters under $20, which is my threshold for the value lighter segment. But there are a number of lighters that are direct competitors to the Vesuvio, so much so that if you removed the branding from them, you might not be able to tell them apart. Yes. Maybe even multiples. This is certainly as good as its competitors and a lighter that is affordable enough to have wherever you smoke your cigars. It’s also one that won’t sting you in the wallet should you lose it. For a no-frills lighter, I couldn’t find much to argue about with the Palió Vesuvio: it’s easy to use, lights cigars with ease and looks decent doing so. For less than $10, it’s an easy recommendation.