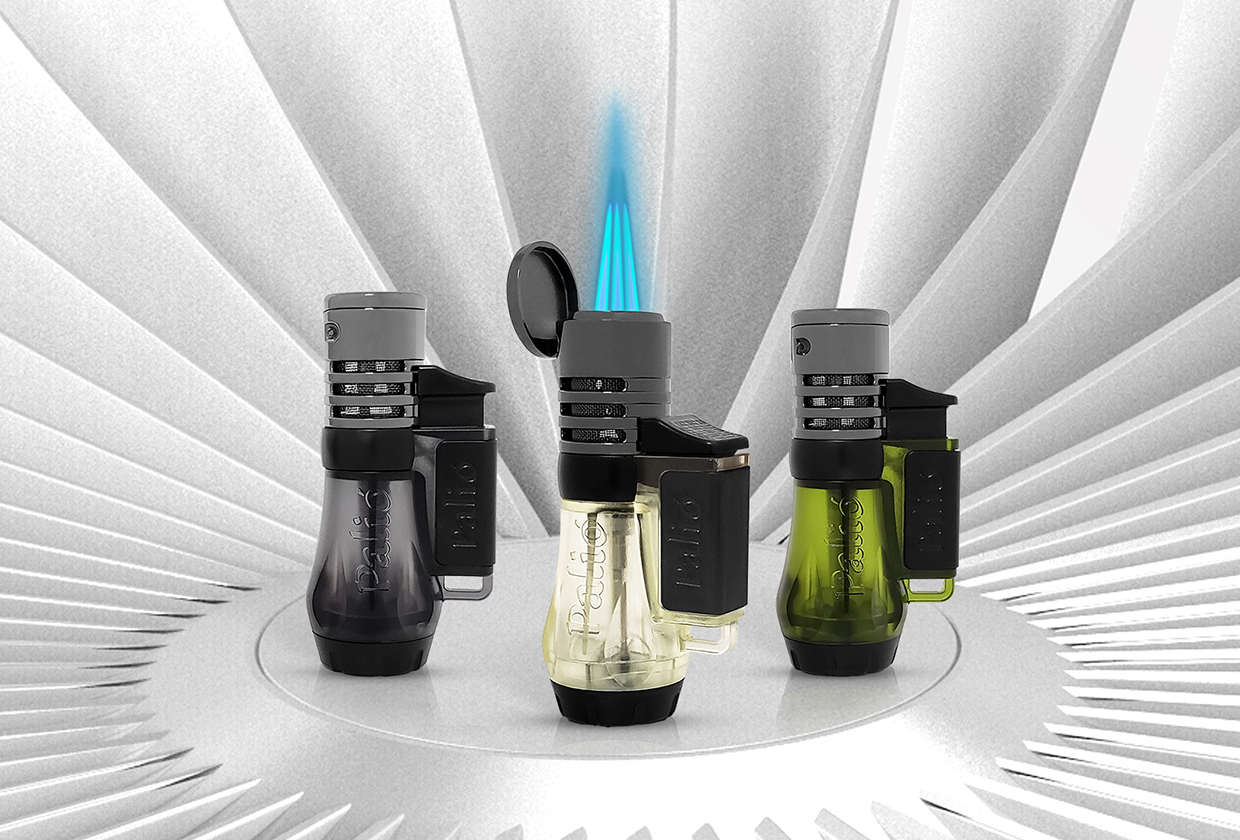 This fall, the Palio portfolio will grow with the addition of the Vesuvio, a value-priced, triple flame torch lighter.

It becomes the third lighter in the Palio family, joining the single flame Torcia and the triple flame Trio. It is marked by a large, translucent fuel tank that is available in five colors, clear, smoke, red, blue and green. Its three jets are angled to meet at a point, which the company says will offer precision lighting and touch-ups.

Additionally, the base of the fuel tank serves as a large fuel wheel to easily calibrate the amount of flame desired, while large air vents help prevent overheating while also enhancing performance at higher elevations.

The Palio Vesuvio has a suggested retail price of $8.99 and will begin shipping in October.