We’ve talked at length about how the question “what’s new?” has affected the cigar industry over the past decade or so. After “how are you today?” it seems to be the most asked thing in the cigar shops.

One of the best replies I have heard to that question—and others like it outside of the industry—is well, what’s new to you?

I bring this up because we have seen a developing segment of the cigar industry in the past five or six years when companies find forgotten cigars in the aging room of factories, purchase them, repackage and rebrand them, and then bring them to market, generally in limited quantities.

The most notable such project is what is known as Lost&Found, a project formerly known as Impromptu and Bellatto/Caldwell/Sears, or BCS, which was launched by Robert Caldwell, Tony Bellatto and Jaclyn Sears in early 2014. Since that time, we have seen a few other players join, recently Sinistro Cigars with its La Fabrica Series, and Indianhead Cigars, who dug into its own aging rooms at Tabacalera Palma for three “new” lines.

These new cigars were first released as part of The Black Bag Job, a three-cigar sampler that came out in the middle of May 2020. That project stemmed out of the COVID-19 pandemic, according to Brad Barden, the midwestern sales representative for Indianhead Cigars, which includes the La Galera brand.

“When the world seemed to stop, we were left with nothing but time,” Barden wrote in an email describing the project. “During this time, we were able to search all corners of our vintage library of cigars. We call it our library because walking through the rows and rows of cigars feels like the days of school, searching for that one book, or in our case that one cigar. The result of this are some unique finds that have transformed into something that we really enjoyed.” Indianhead designed the project to include 25 retailers, with each receiving 50 of the samplers, making for a total run of 1,250 samplers, each priced at $20, before taxes.

Once those came out, the company then began doing a more widespread release of the three lines contained inside, starting with Palindrome, then Seek & Select and then Team Meerkat.

Palindrome is the biggest release of the three, with 10 vitolas spanning a range of sizes, though the company isn’t disclosing any of the blends. Only the sizes, pricing and release quantities are being announced. As would fit with the project, all of the vitolas have names that are palindromes, meaning they read the same forward and backward. 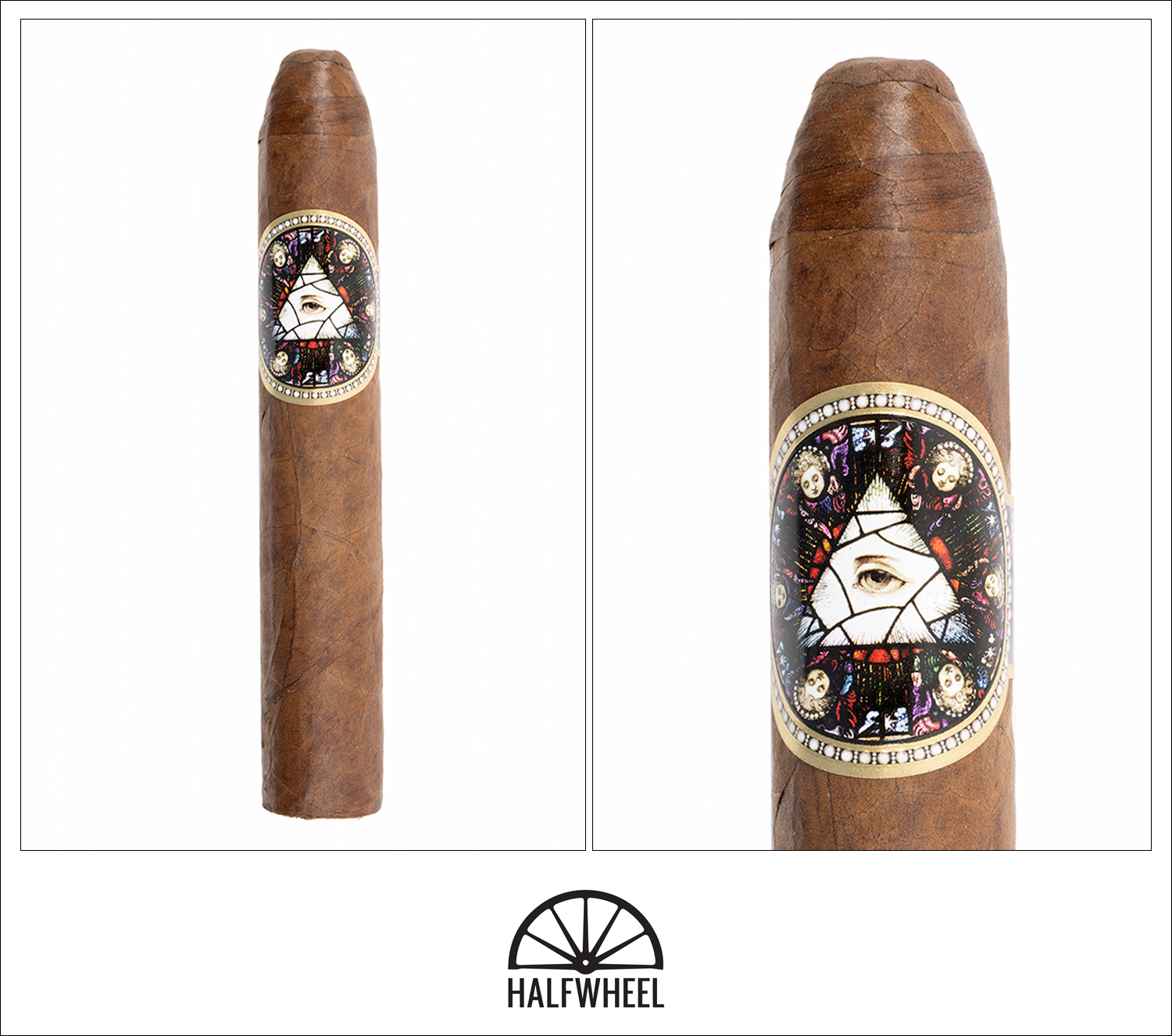 The Palindrome Level is undoubtedly a beefy cigar, and while that or the slightly tapered head could be the first thing to capture my attention, it’s the oiliness of the wrapper leaf that actually does so. It’s not quite dripping, but it is oily enough to have me take notice as I slide it out of its protective cellophane sleeves. The tapered head gives the cigar an elongated bullet shape as well, if a touch more blunt than pointed. The wrapper is a mottled, leathery brown, supple to the touch with noticeable veins and a good amount of sheen. The cigar is rolled well, firm but not hard, and finished with a well-constructed head the shaves a few ring gauges off the 63 of the rest of the cigar. The foot offers a light and nose-tingling aroma of wheat bread, specifically a good amount of crust, as well as cereal grains and some very light and restrained pepper. The cold draw ranges from a bit firm to nearly ideal, while the flavor is more donut or muffin-like, shifting those earlier flavors into something a bit sweeter and softer. There are hints of some woodiness and a bit of butter, but they are just that, while pepper is minimal if present at all.

The first puffs of the Palindrome Level are a bit labored; I’m not sure if the draw is just tighter than I thought based on the cold draw or if the tapered head is having an effect, but it feels a bit more challenging to get a good draw on the first sample, at least. Not knowing what the blend contains really leads my mind to try and guess, and I’m inclined to say I’m getting some Dominican piloto cubano in the early goings. There’s still some bread—sourdough if I’m being generous—but it’s not a clean expression, seemingly coated with something that leaves just the slightest bit of sourness on my tongue. After about 25 minutes of labored puffing on the first cigar and a bit less on the others, I have a fairly white and very dense ash to show for my work, though I am beginning to get a bit concerned about how long it will take to get through this cigar. Even with that slight twinge, it’s still a very mellow flavor, delicate and certainly having me cognizant of the age that might be on these cigars. By the one inch mark, and before I’ve knocked the ash off, the draw seems to have improved just a touch, as I get a bit more smoke with each puff. White pepper begins to emerge along with some of the aftertaste of packaged pretzels and some suggestions at loamy Dominican terroir. One cigar’s draw is tight while the other two are fine; smoke production is good if a bit less than I was expecting, while the burn line is fairly even. Flavor is mild to mild-plus, body is medium-minus, and strength is mild.

By the start of the Palindrome Level’s second third, most of the funky flavor from the first third is gone, though not all of it. I’m still getting some sourdough, though now most of the flavor is oily mixed nuts. Pepper is still quite mild both on the palate and in the nose on retrohales, and if you wanted evidence to support this cigar’s age claim, this is where you would find it. If anything, I’m wondering if this isn’t a criollo tobacco, as the flavor has a very mild combination of woods, nuts and sweetness that has me thinking of that variety, while the pre-light flavors would line up with the thought, though again that is purely a guess. When it finds what are fairly brief moments to shine through, it is quite good, and makes me wish the first third of the cigar had even sliver of it. Try as it might in this section, the Palindrome Level can’t quite shake all of whatever the funkiness is that has been plaguing it, and after a valiant effort across the midpoint, it seems to have given up the attempt with the final third approaching. The woods and nuts combination falls victim, losing the bit of sweet oiliness that it had to a growing funkiness. The draw is varied across the samples, smoke production is generally good, and the burn line is decent if occasionally wavy. Flavor is closer to medium now, body still at medium, and strength just starting to get into medium territory. The final third of the Palindrome Level starts off with a step up in flavor, though it resurfaces that funky taste from the very start of the cigar, almost a bit like soggy wheat bread but also just a bit sour. There isn’t much progression or improvement in the final third, as the cigar can’t seem to shake that slightly sour finish, and even moves beyond the term slightly, leaving a funky, damp wood flavor on my palate along with just a touch of orange juice. It’s smokeable but challenging to find it enjoyable across all three samples, with its handful of much better notes from the second third now well in the rearview mirror. Combustion also struggles a bit; while the cigar doesn’t go all the way out, smoke production drops way down, meaning that the next puffs are more labored in an attempt to return things to where they were just shortly prior. This, in turn, leads to the cigar getting a bit hot and adding sharpness to the profile. Flavor finishes at medium to medium-plus, while body and strength are closer to medium. The novelty of abandoned cigars being brought out of the aging rooms of cigars factories has largely worn off for me, though I do still find it intriguing to think about what all is resting in some of the industry's most notable factories does still hold some appeal. When I heard about the Black Bag Job, I was certainly intrigued, if nothing less because the factory's rise to prominence over the past decade or so has been one that has happened during my time covering the industry, so seeing what cigars might have been developed along the way piqued my attention. In the case of the Palindrome Level, however, the cigar is one that would have probably better been left in the aging room, or if nothing less smoked at some other point in its life. While it definitely has mellowed with age, it still holds onto an overriding flavor that the cigar simply can't shake, and one that will ultimately be my takeaway from this particular vitola. I certainly hope that the other sizes in the line have this problem, but the consistent profile of the three Levels that I smoked makes it one to avoid.