While Padrón is not known for its limited editions, let alone single store releases, the company was on a roll not too long ago. Between September 2012 and October 2013, the company created exclusive releases for stores in Washington D.C., Long Island, London and Göteborg, Sweden.

The release for the Washington D.C. store was slightly different as there were actually two cigars. For its 125th anniversary, W. Curtis Draper was presented with an exclusive corona gorda vitola of the Padrón 1964 line in both Maduro and Natural form. I was not impressed with either version to say the least, particularly considering how much I enjoy the regular Padrón 1964 line. Here’s how I summed up the Natural:

Padrón is a company known for consistency from its lower-priced Thousand Series to the Anniversary (1964) and Aniversario Series (1926); with one exception—its limited editions. There have been times where the flavors have been great, and then there are examples where it just didn’t work as well. I find both the Maduro and Natural versions of the Padrón WCD 125th Anniversary fall into that category. It’s not a bad cigar, but I can’t ever see myself reaching for another one of these over a regular production Padrón 1964. There was something missing.

It’s a Padrón 1964, in cellophane. The Nicaraguan wrapper has now got an incredibly gritty feel to it, as close to sandpaper as any cigar I’ve smoked recently. There’s a lot of cocoa and aged leather notes from the wrapper, as well as a sweeter milk chocolate from the foot. I definitely do not remember this sort of cold draw—overwhelming milk chocolate and berries with a sourness towards the end.

From the get go, it’s apparent that age has done wonders for the Padrón WCD 125th Natural. There’s a familiar cocoa note as well as a toasty cedar flavor, both of which are very crisp and detailed. It’s medium-full and quite enjoyable, although the finish is almost nonexistent. While the body is relatively constant with cedar, coffee and cocoa—but the retrohale provides tons of excitement: a floral with a harsh contrast. The chocolate note builds before breaking into a creaminess as the cigar finishes. I would have liked some pepper, but it was nowhere to be found. 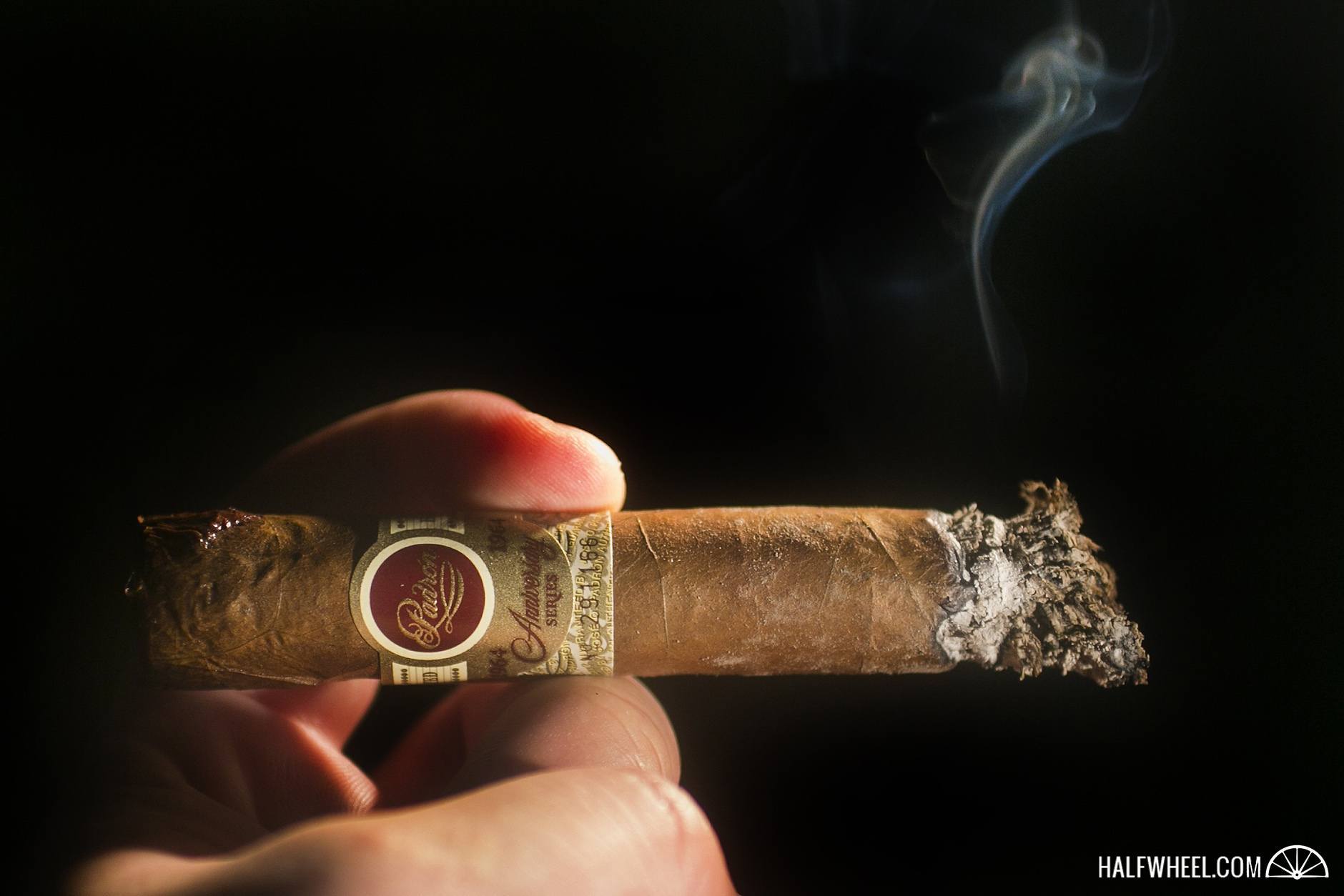 Construction-wise, there’s little to complain about. The draw of the Padrón is about as even as can be, although it does tightens a tad throughout the cigar. Ash can hold for two-inches, but I prefer to tap it off around the one-inch mark. Smoke production is average and consistent, although with a bit of encouragement it can pick up the volume.

Dare I say it, this Padrón Anniversary Series got much better with age. While the amount and types of flavors did not increase, the harmony of said flavors has increased dramatically. As recently as six months ago, I found this cigar to be average; not anymore. While the Padrón WCD 125 Natural has gotten better, my opinion of Padrón single store releases remains unchanged—by-in-large, the company’s best cigars are those it sells daily as regular production items. It was a huge step in the right direction, although the corona gorda is probably in the bottom half of my preferred 1964 vitolas.