Last year at the 2015 IPCPR Convention and Trade Show, there was many a mention of it being the “year of the Connecticut”—and while that wasn’t necessarily the case, one of the prominent and most talked about releases of the show was the Padrón Dámaso. Named after José O. Padrón’s grandfather, Dámaso Padrón, the Dámaso was a departure from the rest of the company’s offerings. Round and not box-pressed, encased in cellophane, a more mild blend, and perhaps most prominently, wrapped in a light colored Connecticut wrapper—it was almost the exact opposite of everything you’ve come to expect a Padrón to be.

Fast forward nine months after the show, and Padrón introduced two new sizes to the Dámaso line, bringing it to six sizes total. 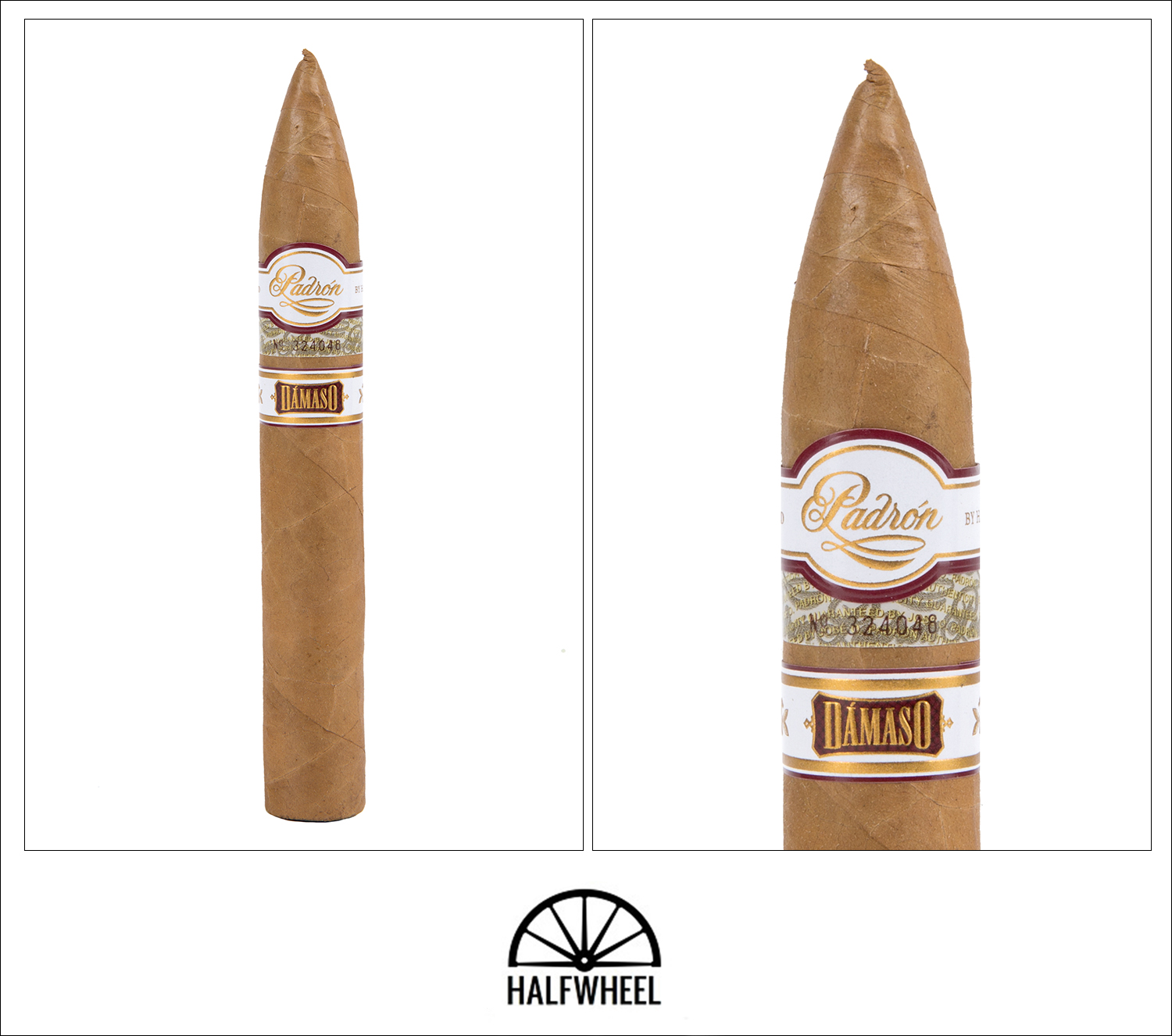 If there’s one thing about a good Connecticut wrapper that I have a penchant for, it’s the smooth, soft feeling, which the light brown Dámaso brings in spades. Giving the cigar a gentle squeeze, there are a few spots that give me pause with the amount of give, though I’ll wait until the cigar is burning to see if that’s an issue or not. The aroma coming off the wrapper is a rich cinnamon, sweet hay and aged oak combination, while the cold draw is sweet and spicy at the same time. Spicy peppers and hot cinnamon give it a kick that is quickly cooled down with a sweet cherry note that follows shortly after.

Starting into the first third there is lots of black pepper, a touch of spicy peppers, and while there isn’t as much sweetness as there was on the cold draw, that sweet fruity note is still there in the background.. The draw is loose and a bit airy, just making it outside of what I would call the ideal range. With the loose draw though, comes plenty of smoke production and a quick burn that tries to start a run, but slowing down my smoking speed seems to let it correct itself. With the loose draw and soft spots, I’m actually surprised the first three quarters of an inch of ash hasn’t fallen off already, with it appearing to want to hold on quite firmly. An inch or so in the spicy part of the profile has really calmed down, with the pepper notes fading towards the back while sweet spice replaces it in front. Dried fruit and some charred wood mingle in the middle, bringing the profile together in a nice combination of flavors. 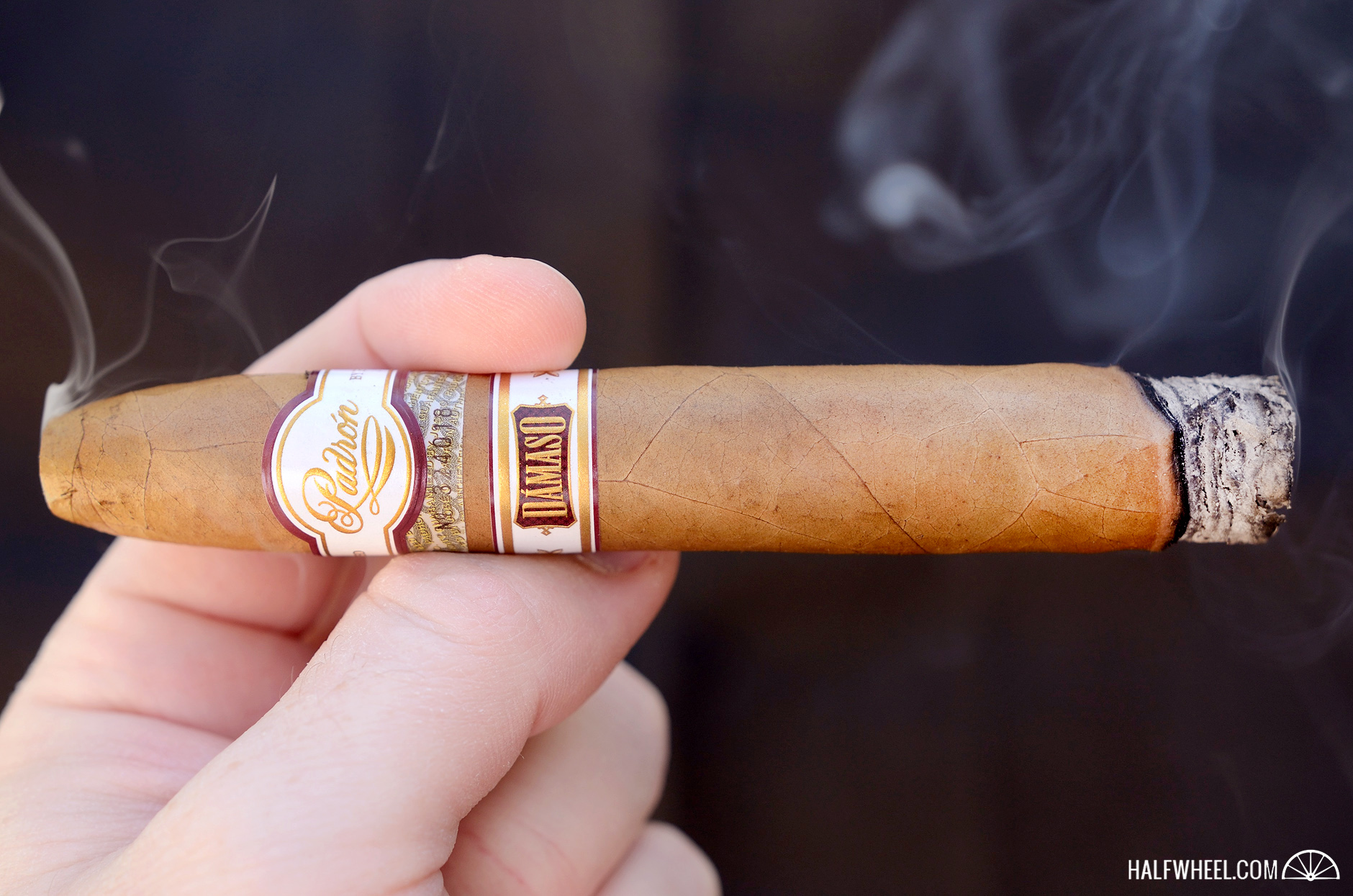 As I move into the second third, vanilla has added itself to the baker’s spices up front, followed by the rich dried fruits and charred wood, while the peppery notes bring up the tail end of the profile. The loose draw continues to foul up the burn, with some parts wanting to burn much faster than the rest and requiring some minor touch ups. Luckily, the fast burn doesn’t seem to be equaling a harsh profile, so I try to continue to slow my pace down for the sake of the burn line, though in the end the profile doesn’t seem to be suffering for it. Spice continues to be the big note up front, but the charred wood has turned into more of a creamy cedar, with vanilla, fruits and a returning pepper joining in the mix. 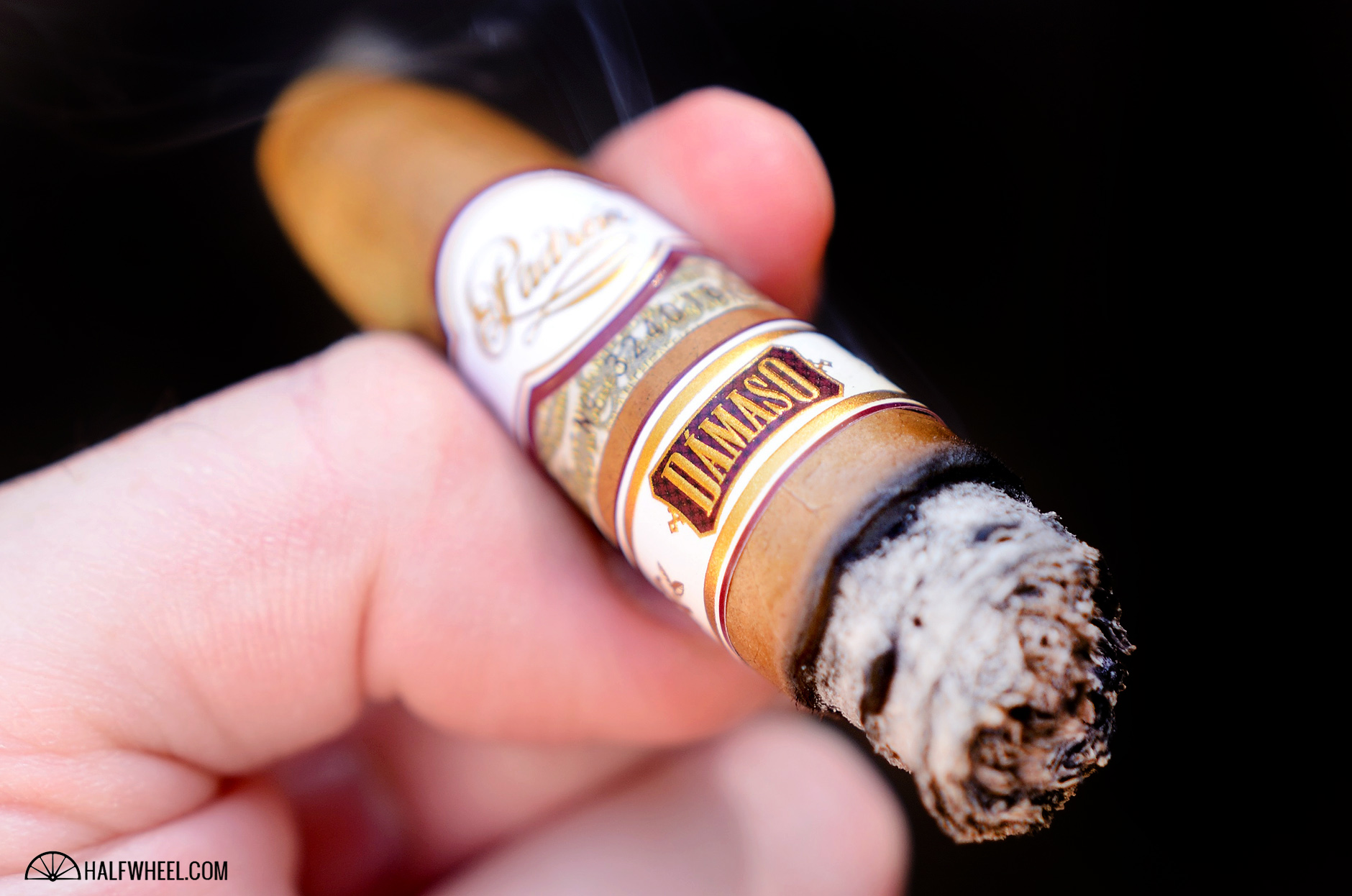 The final third doesn’t see much change, with a continued spice and creamy cedar up front, followed by fruits, vanilla and a pepper that has definitely returned, but isn’t anywhere near the forefront like it was in the beginning. Despite not being perfectly even or sharp, the burn line has stayed under control enough that no more touch ups have been necessary. The ash has become slightly flaky, but the majority of it still holds on well enough. Smoking the Dámaso No. 34 down to just about the last inch before I had to stop, the profile remained pleasant and smooth through the end. 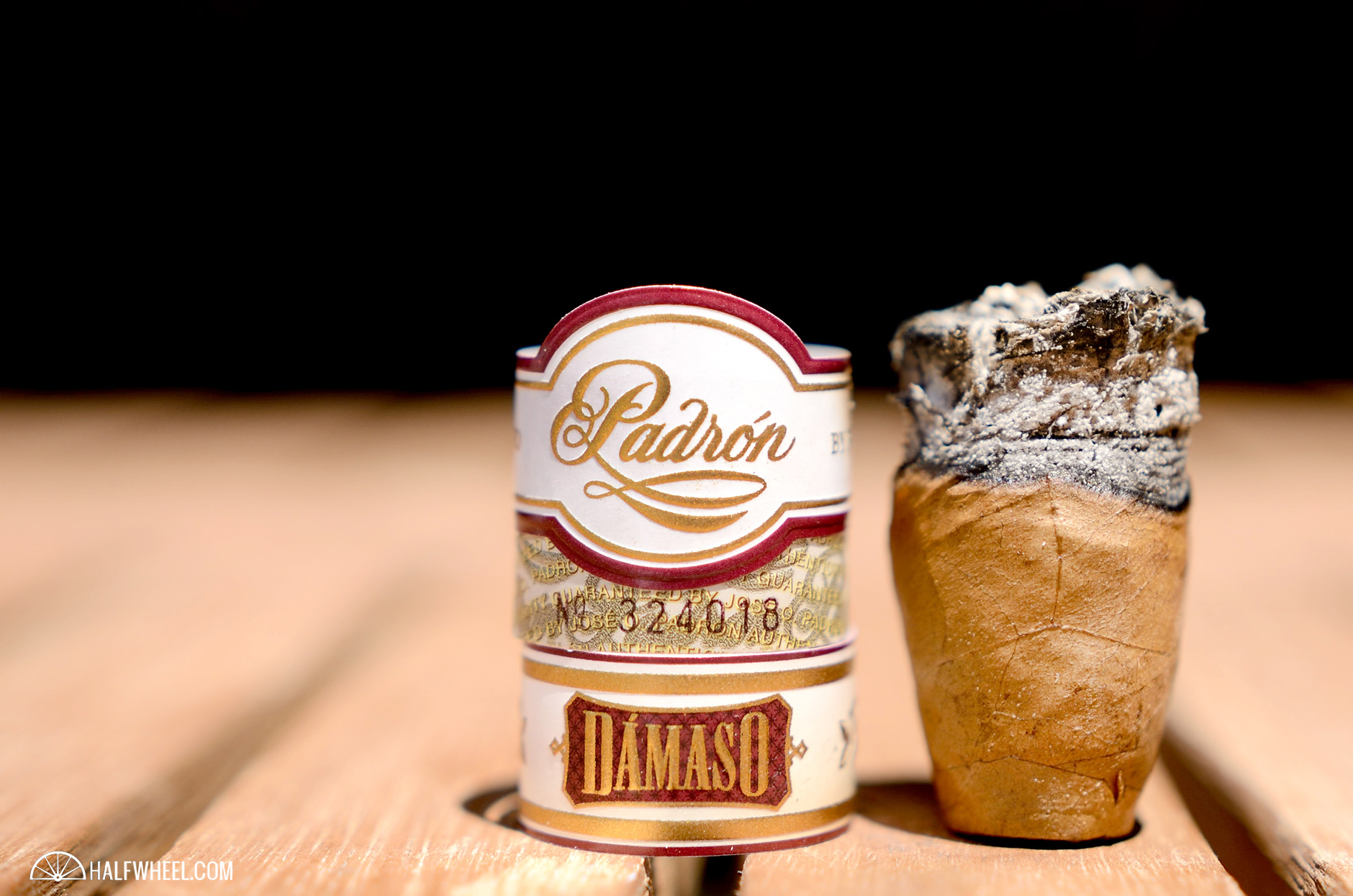 I’ve certainly found myself enjoying more Connecticut wrapped cigars lately, and the Padrón Dámaso No. 34 is no exception. It certainly is a good blend, producing a very pleasant and delightful profile that I would be happy to revisit again, but the construction of the cigar makes it a bit confounding to me. The loose draw wasn’t really too much of a surprise coming from Padrón, but it was even more open than I would have expected it to be. Just looking at the foot of the cigar made me muse out loud if the cigar was under filled, but thankfully the draw and burn issues didn’t seem to affect the profile too much. So while Padrón cigars certainly aren’t the cheapest to just go and buy on a whim, if you enjoy a good Connecticut I wouldn’t hesitate in trying these out.