Soon after the annual Tobacconists’ Association of America (TAA) convention in March, Padrón announced a special release for TAA members, likely due to the company’s 50th anniversary.

Patrick Lagreid’s review of the AVO 2nd Movement explained the TAA for those unfamiliar with the organization:

In addition to the special discounts, various manufacturers make exclusive products for members of the TAA. Padrón is one of a few that makes a cigar available annually, the Padrón 1964 TAA Exclusive Toro (5 x 54), but this year it also joined the list of manufacturers to make a special size for 2014.

Based on the company’s 1964 blend, the Belicoso was released in both a natural and maduro wrapper. 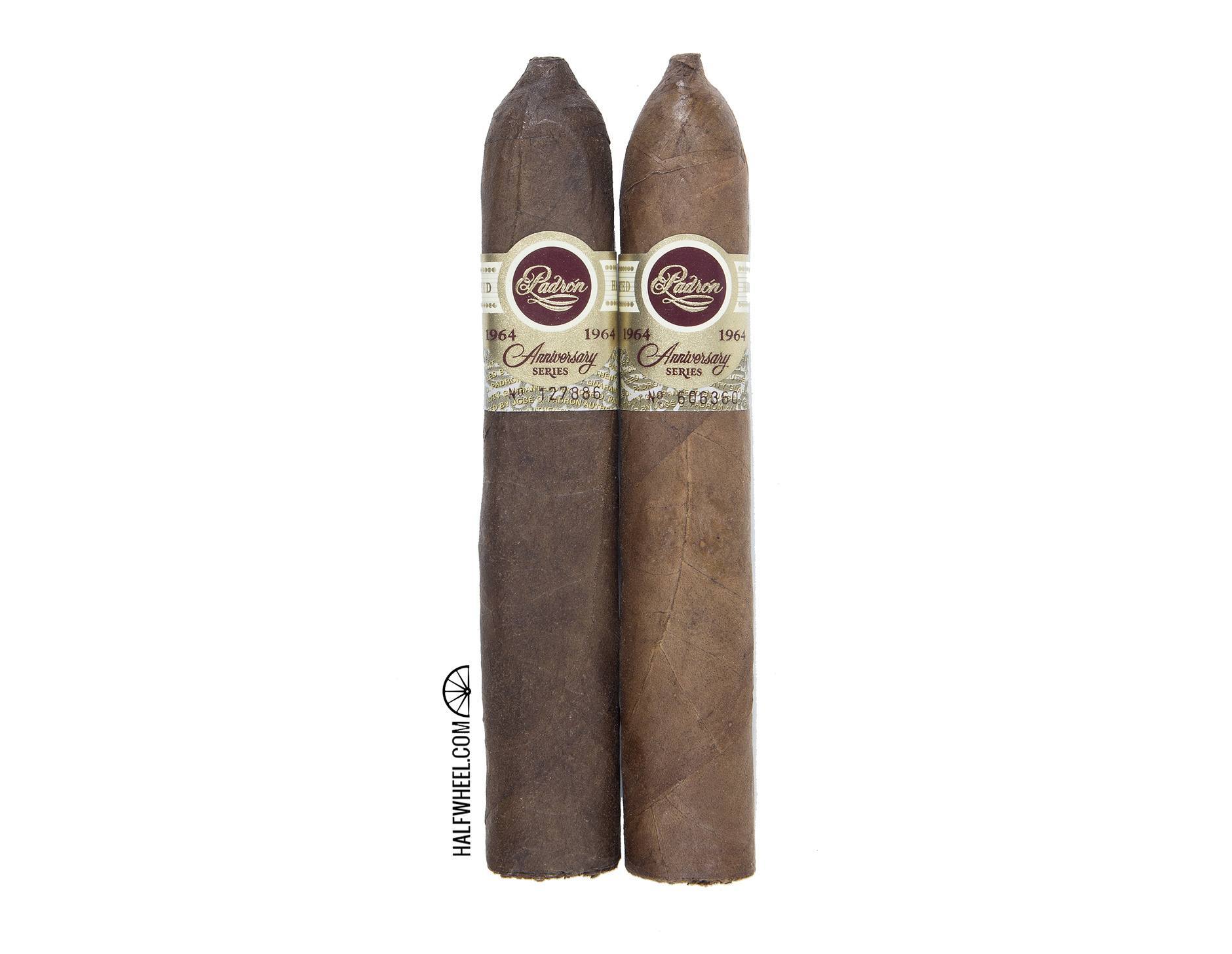 The company has not indicated how many boxes it created, only that it is a one-time release. 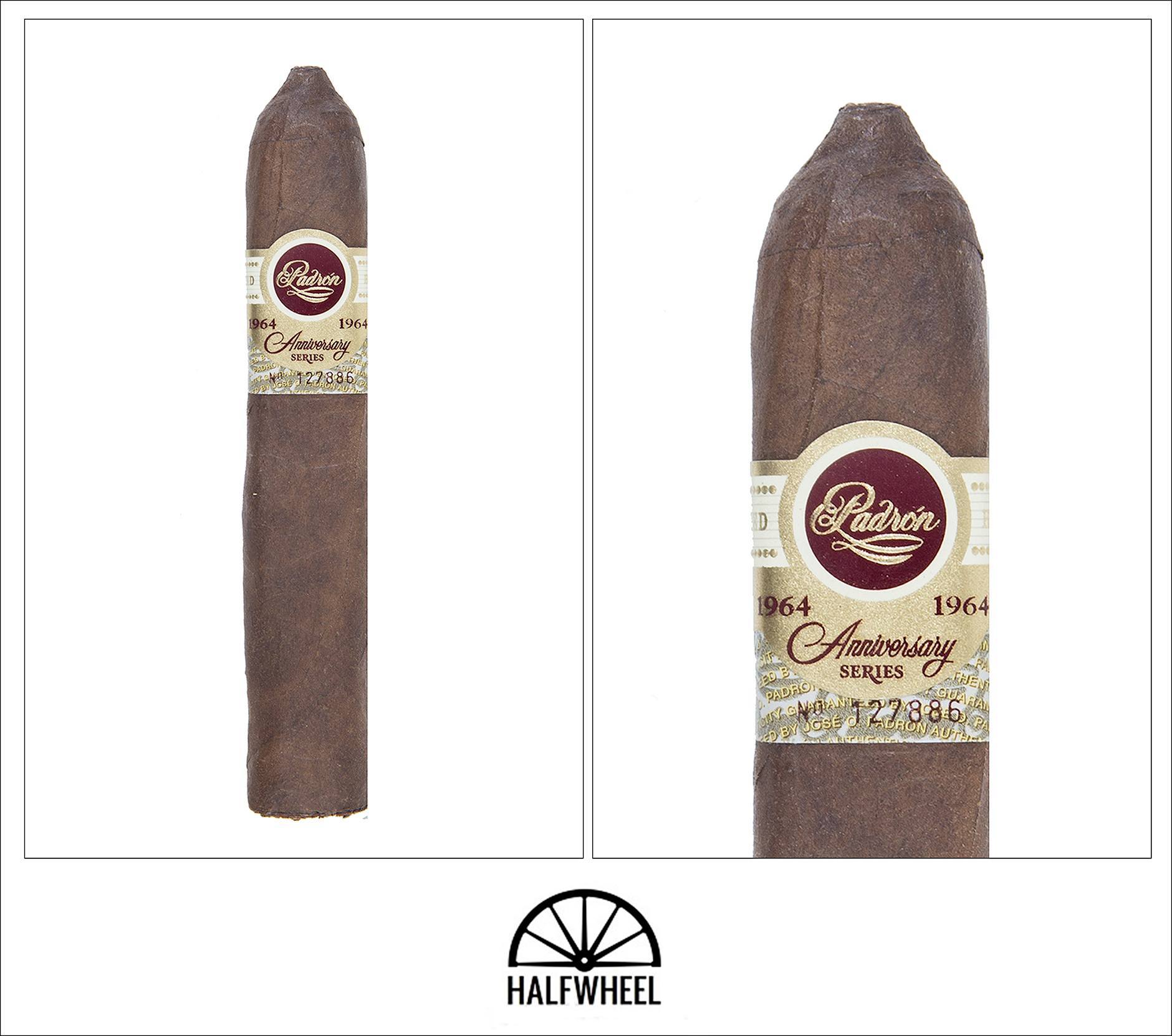 The cigar looks a lot more petite to me than your average torpedo, probably due to it being box-pressed and shorter. The wrapper looks nice and has a slightly rough and oily feel to it. Though the cap has a unique shape to it that looks like it is open and doesn’t need cut, that’s not the case. Wrapper aroma is actually a very light barnyard note with a touch of generic wood. The cold draw has some unique mild wood notes with some mild baking cocoa and a touch of sweet tobacco.

The first third starts out with some bright pepper, some spice, and a touch of meatiness. Pretty quickly, the pepper fades into the background and the spice comes forward. The burn is a touch wobbly but doesn’t get out of hand anywhere. I only clipped the smallest bit off the cap, but the quarter inch opening leaves the draw ideal – I think if I clipped any more off the cap the draw would have been pretty loose. The ash is a little flakey, though it holds to about three quarters of an inch before looking like it needs to be ashed. Retrohale is a bit harsh, with much more of the pepper up front. Ignoring the retrohale however, the cigar is quite mild and smooth with the profile reflecting that—not really muddled, but relaxed. 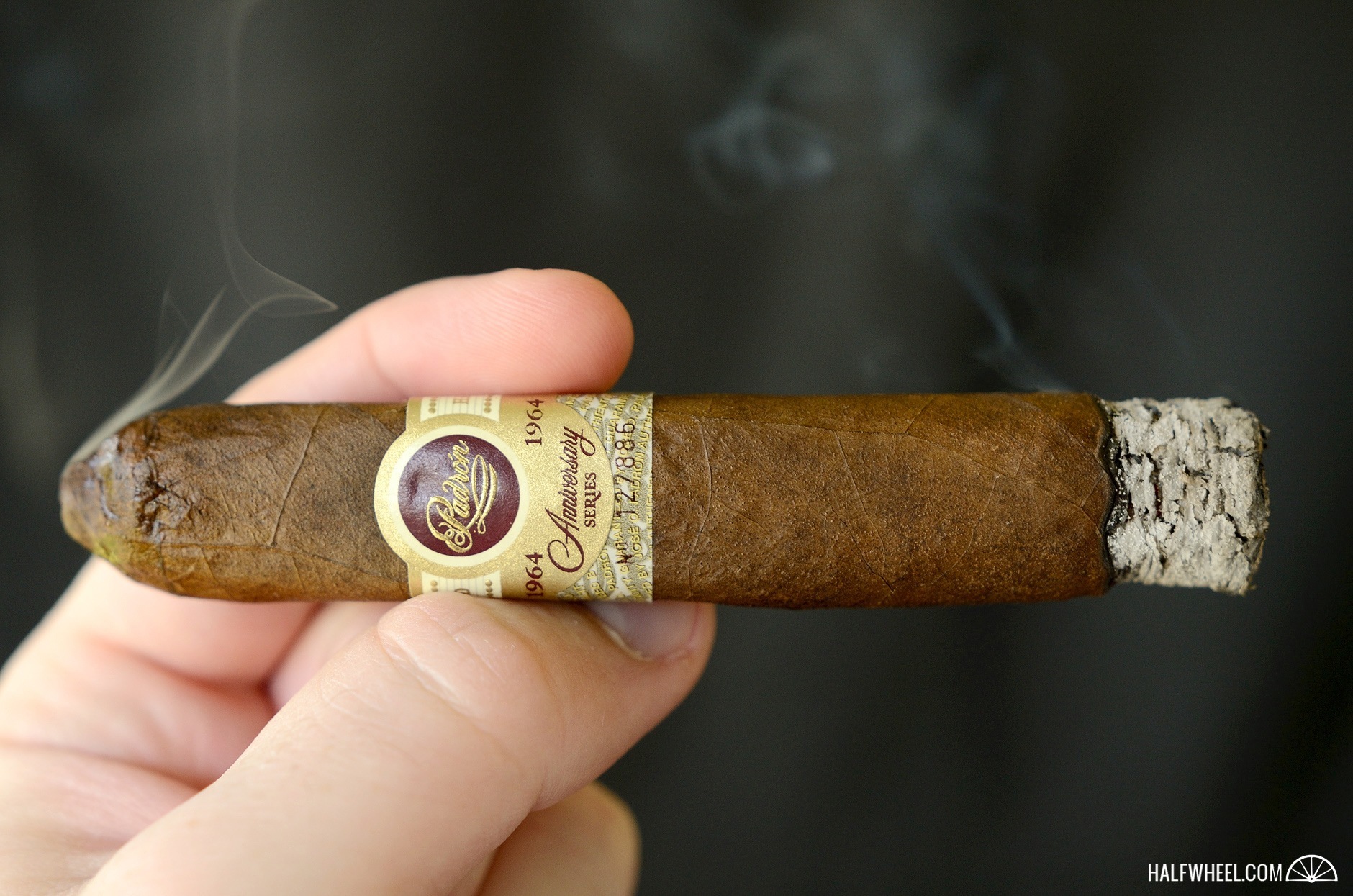 The second third continues with the relaxed profile: pleasant without any specific flavors popping out if you’re not paying attention. Upon closer inspection however, the meaty pepper is still in the background, with the spice and a nice espresso note taking center stage. Unfortunately, the wobbly burn has gotten a little out of control and needs a minor touch-up. Another issue is that the small opening is causing a little tar build up, which ends up being an unpleasant bitter surprise on the tip of my tongue. Clipping a little more off the cap fixes the tar issue, though it confirms my suspicion from earlier about the draw being quite open with a deeper cut. The good news is that the open draw doesn’t seem to affect the profile much, though my taste buds are still slightly recovering from the bitter tar taste despite a couple of rinses with some mineral water. 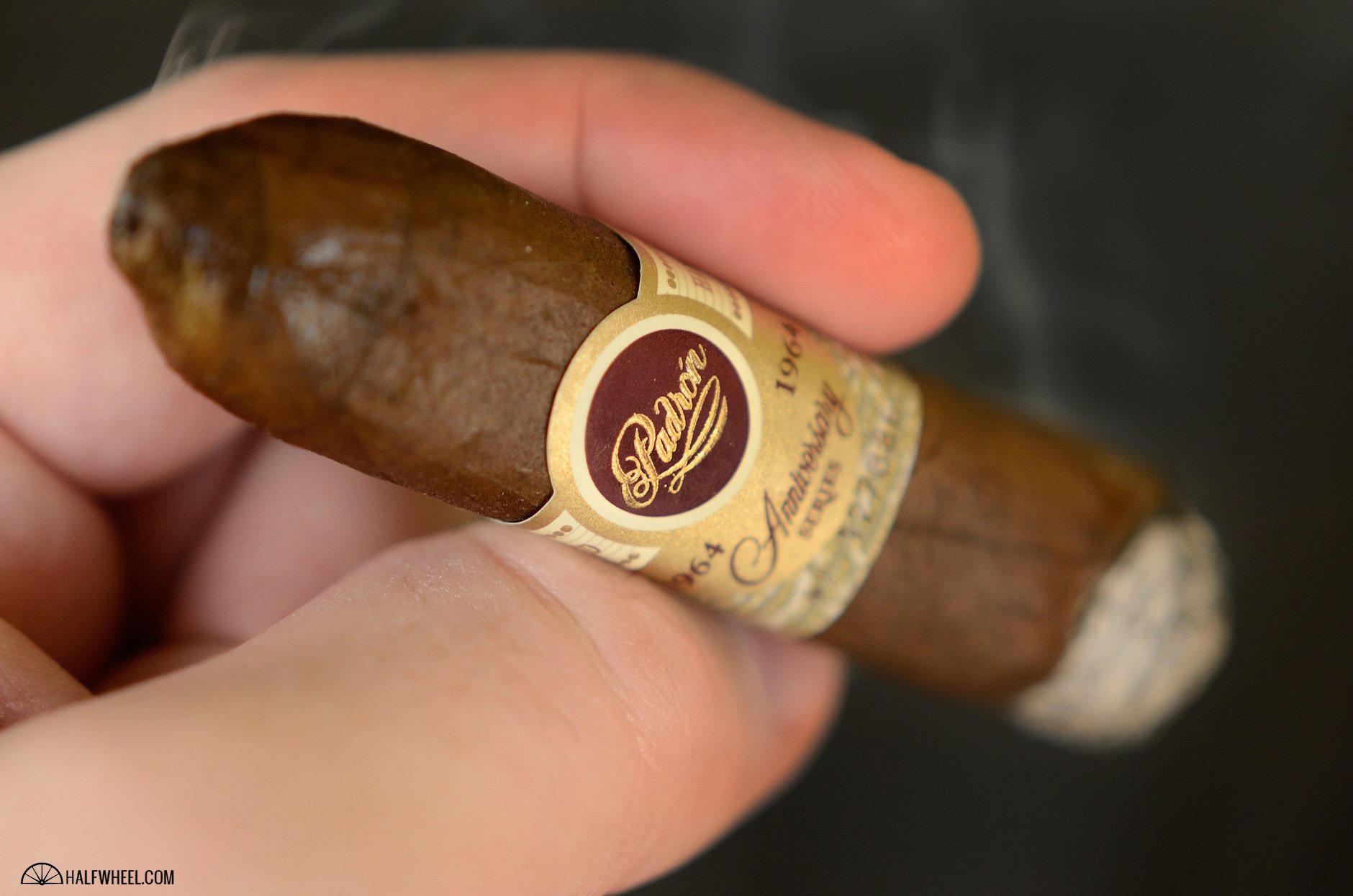 The final third sees a return of the pepper, though not in full force and lacking the meatiness from before. Spice and espresso are still present and some cocoa that I hadn’t tasted since the cold draw returns. The burn continues to be a bit off, needing some touch-ups here and there. Burning it down to just a nub, it finishes up nice enough without getting overly harsh or bitter. I've smoked a number of TAA exclusive releases from various manufacturers, and as you would expect there’s a wide range of good and bad cigars. The Padrón TAA Exclusive Belicoso kind of fell right in the middle of that range. The profile was there and set to develop into something great, but it never really seemed to get off the ground. The construction issues didn't seem to affect the cigar so much as it was just a minor annoyance. I'm not entirely sure I would buy more of these over the regular release 1964 Anniversary series, say the slightly larger Imperial or Torpedo for the same price. Having said that however, it is different enough and I did enjoy the cigar so I can still suggest you go out and try a few for yourself, especially if you're a fan of the 1964 Anniversary line.