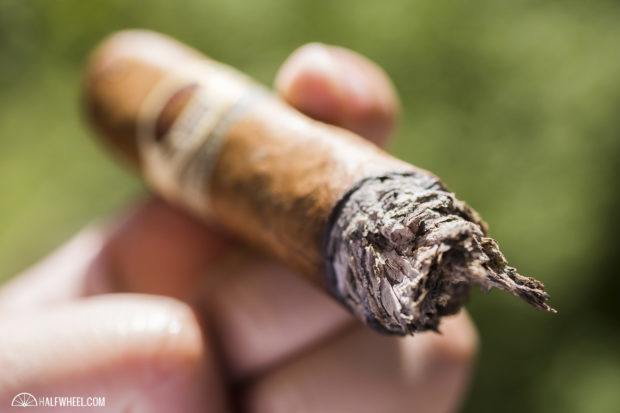 It’s been barely a week since I reviewed a TAA exclusive, so rather than attempting to rewrite something I’ve described dozens of times before, here’s my latest description of the TAA and its exclusive cigars.

Over the last handful of years, the Tobacconists’ Association of America (TAA) has become a more common name to many cigar consumers after long being a retail group known almost only to those employed in the cigar industry,

The TAA is a group of about 80 retailers from all across the U.S. who come together once per year—usually in the Dominican Republic or Mexico—to meet about issues facing the cigar industry, socialize and participate in a trade show with select manufacturers. In recent years, many of those manufacturers have begun to not only participate in the trade show, but also make exclusive cigars for the members of the organization.

When it comes to manufacturers who produce exclusive cigars for TAA, Padrón is perhaps the most unique. 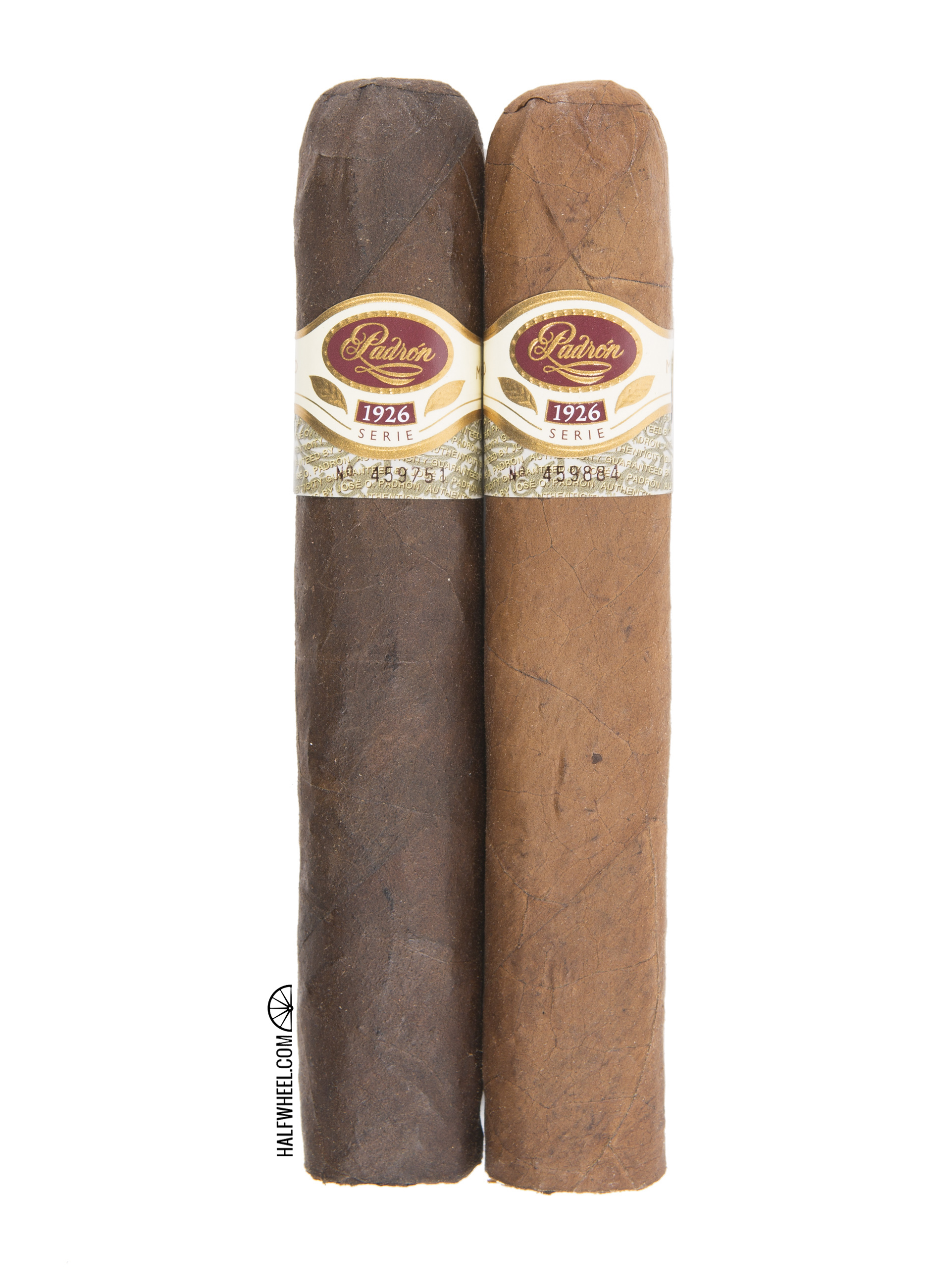 This year, the company created the 1926 No. 48, honoring the organization’s 48th anniversary, a massive 5 1/2 x 60 size. It’s offered in both Maduro and Natural varietals priced at $20 per cigar.

A total of 10 manufacturers have created 16 new releases this year for the TAA. 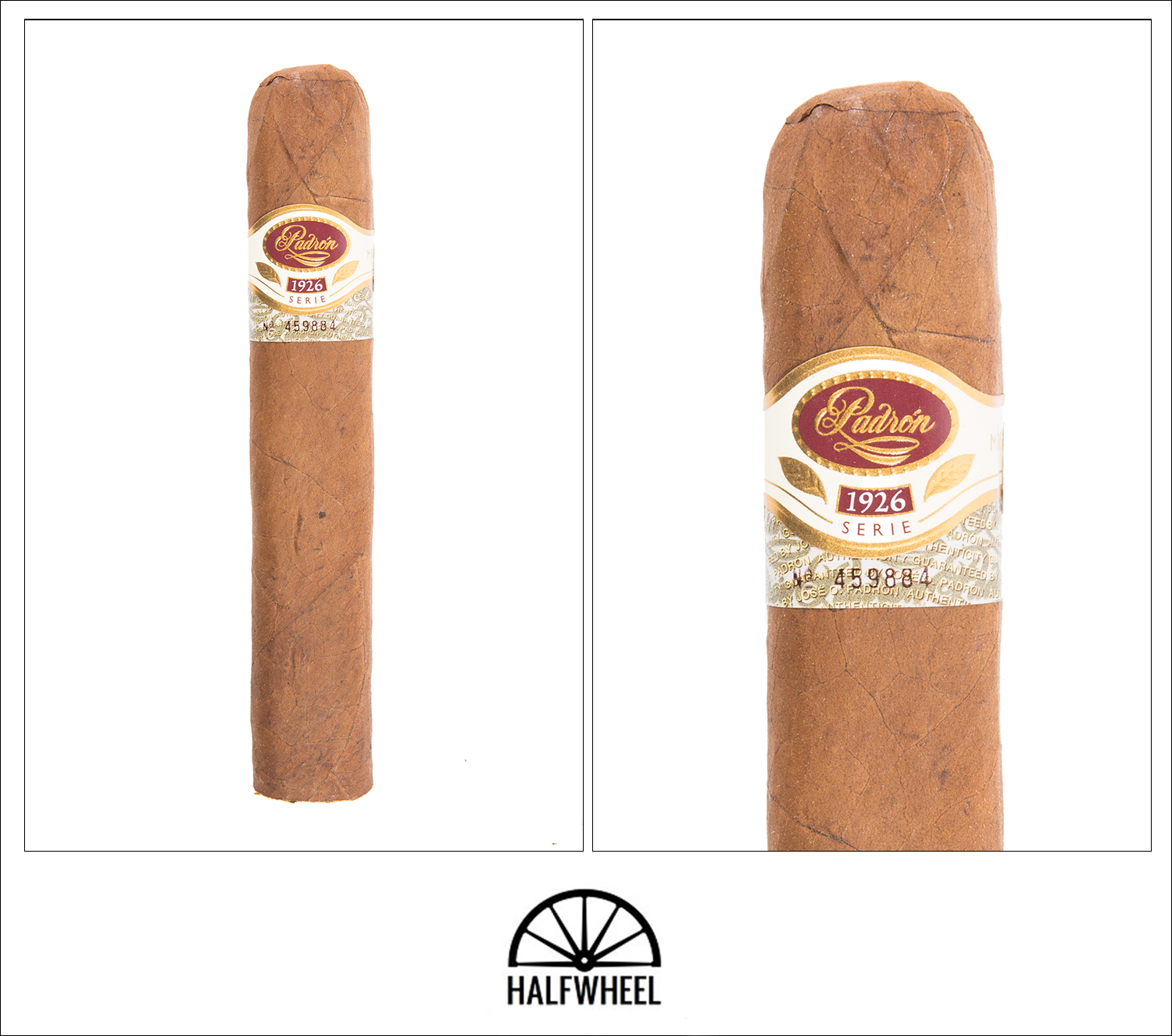 Under studio lighting, the wrapper of the Natural version seems much lighter than it actually is. There is certainly a noticeable difference between the two wrapper colors, but it’s not as stark as the pictures above suggest. As for the aroma, it smells of some manure, mineral oil and some mild sweetness. The foot reminds me of a gelato shop with sweet chocolate flavors and a jalapeño-like burning sensation. The cold draw is similar with the chocolate gelato now joined by some earthiness and some berries. It’s at this point of the review process that I wonder why I am smoking a cigar this large.

The Padrón 1926 No. 48 begins with me wondering if I cut the cigar too much; I didn’t, but the lack of resistance on the draw has me concerned. Flavor-wise, it’s dry and salty with some earthiness, potato chips and Himalayan salt along with some super tart lemonade on the tip of my tongue. The flavor is full and compact with a peanut core, earthiness and some charcoal. There’s a mild spice blend through the nose, more of a sensation than a flavor, along with some dry pepper skin and raspberry on the tongue. I pick up some minerals and even more dryness on the finish. There are certainly areas of improvement for the flavor, but that’s a secondary concern. The draw is wide open and eventually tunneling ensues. While one sample avoids the tunneling, all three are plagued by a problematic draw. 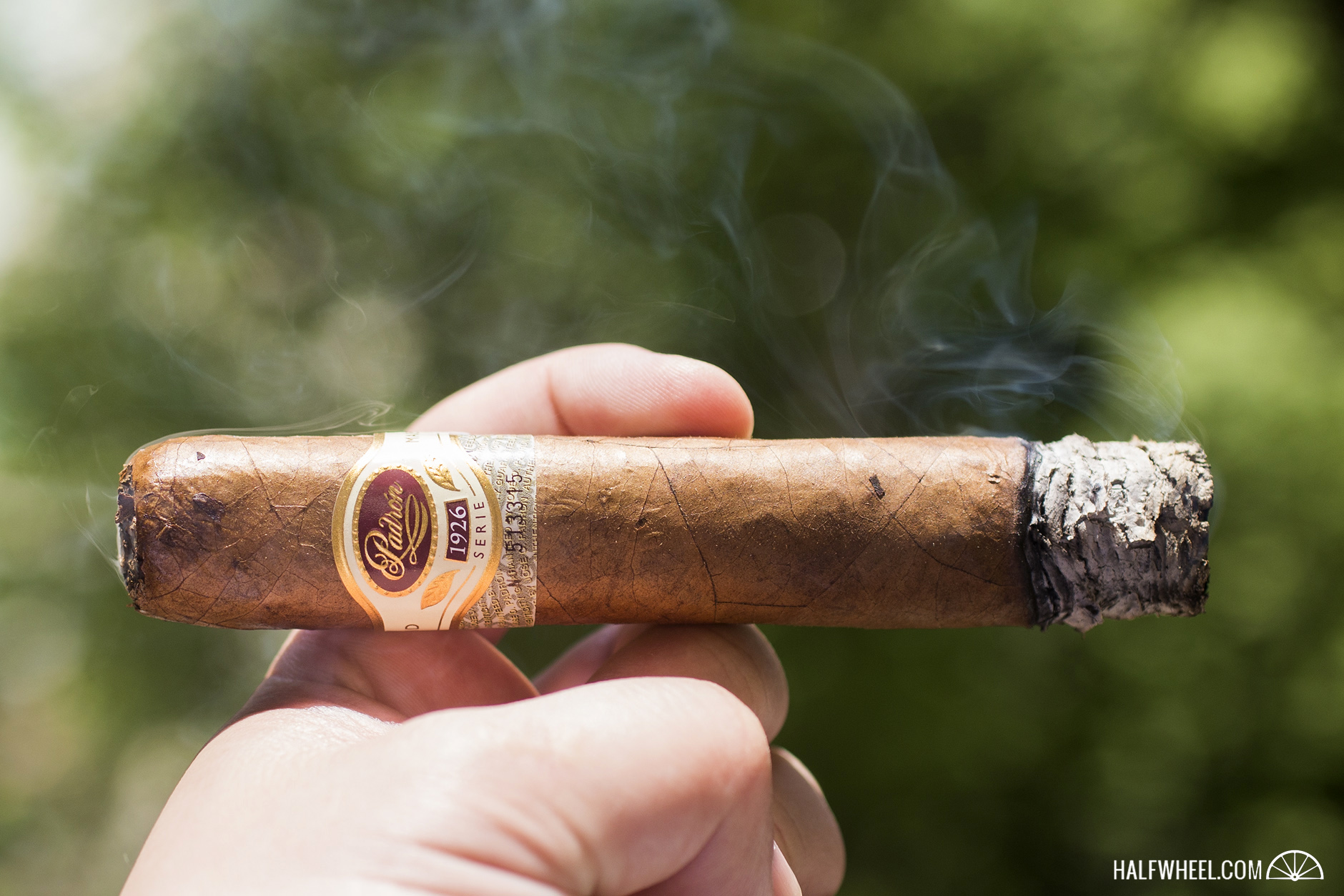 I average two-three relights before hitting the middle portion of the Padrón TAA, which isn’t too bad if you consider it takes more than two hours to get there. The flavor is similar to the early third, the spice has been replaced by pepper, a sweet bubble gum adds itself on the finish of the retrohale. Otherwise, it’s dry with earthiness and peanut fighting to dominate the profile. The draw is no better, the burn is not really better and the smoke production is only about average. Flavor is still very much full, while the body and strength are medium-full. That being said, given the amount of time and the size of the cigar, the nicotine is beginning to have some noticeable effects. 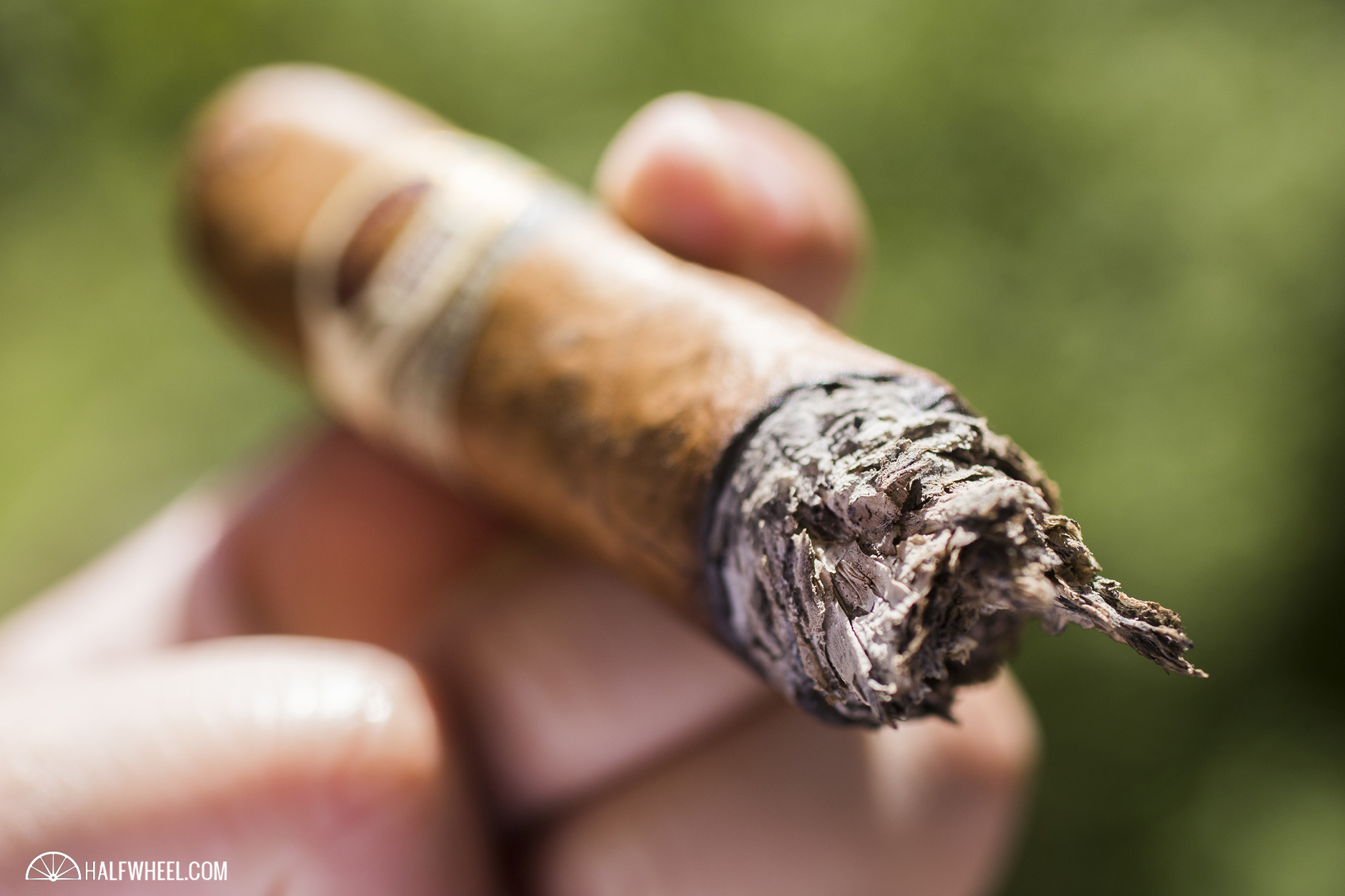 At two hours and 45 minutes, I begin what I would consider the final third of the Padrón 48. The flavor is still very much a mixture of earth and peanuts with some minor amounts of pepper behind it and a dry mustard added towards the back of the mouth. Occasionally, puffs deliver extreme amounts of bitterness, but overall, it’s pleasant flavor-wise. The finish feels like I’ve just finished eating a bowl of mixed nuts, specifically walnuts, peanuts and cashews. Unfortunately, my issues with the construction remain and after three hours and 15 minutes, I decide that I’ve experienced enough. 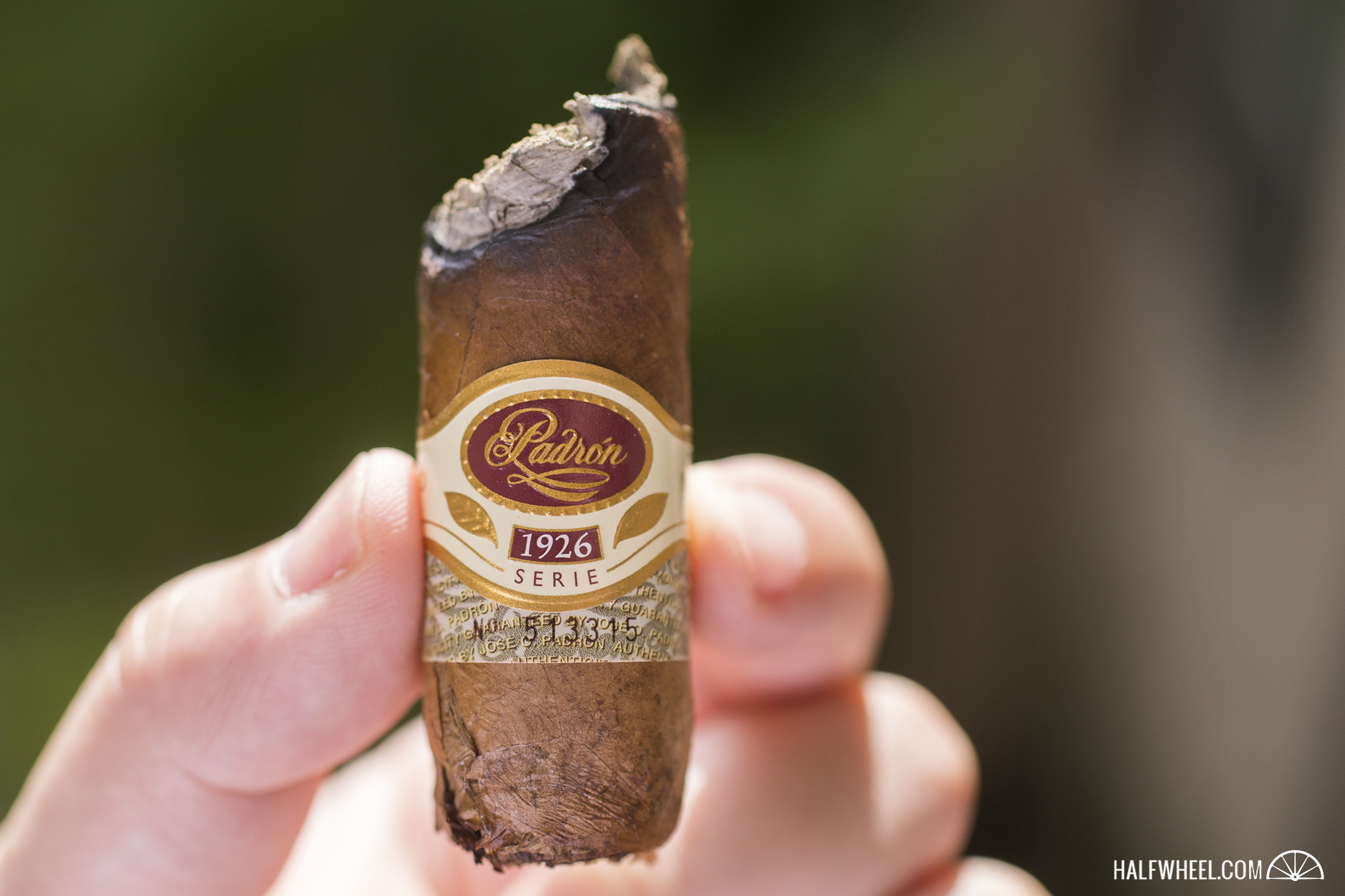 Given just how good the 6 x 60 version of the 1964 was, I was interested in trying this gigantic version of the 1926 Serie. Flavor-wise, it’s a great representation of the blend. However, an extremely open draw and constant touching up torpedoed the score in a major way. At $20 per cigar, construction issues aren’t acceptable in my opinion, but they become far more annoying when a cigar takes nearly three and a half hours to smoke. Yes, I smoke slow, but even after 90 minutes I was fairly over the 1926 No. 48 Natural, even with the flavor improving. No matter how good the cigar tastes, struggling to smoke it is never fun.