It has been said that “Life is a Circle,” and very few cigars represent that expression as well as the Padilla Miami 8 & 11.

The complicated and somewhat meandering history of Padilla’s most famous blend starts in 2005 when the debut release was rolled at a mostly unknown factory located on the corners of 8th Street and 11th Ave. in Miami’s Calle Ocho neighborhood. That factory was named El Rey de los Habanos, and it happened to be owned by the then fairly unknown José “Pepín” García, whose family would eventually turn that small factory into one of the most prominent names in the cigar industry, My Father Cigars, Inc.

Unfortunately, Ernesto Padilla and the Garcías had a falling out soon after the first version of the Miami  8 & 11 was released. What followed was a maze of cigars consisting of different blends produced in multiple locations over more than 10 years, which Charlie Minato detailed extremely well in his news story about the 2020 release:

Padilla and the Garcías had a falling out and by 2008 Padilla was trying to launch his own factory in Miami. In 2010, a new cigar called Padilla Miami was being produced at Raíces Cubanas in Honduras. In 2011, Padilla moved production to El Titan de Bronze. In 2016, Padilla again tried to bring the cigar, now named Miami 8 & 11, from El Titan de Bronze. Confusingly, by 2017 he was talking about it being produced at Raíces Cubanas.

However, long-time fans may have noticed some significant similarities in the 2020 version of the Miami 8 & 11 when it was announced in March: not only is Padilla using the original bands, but the Nicaraguan tobacco used in the blend is being sourced from AGANORSA, which was the company that supplied the Garcías with tobacco when they were first starting out in the U.S. The newest incarnation includes just one vitola so far, a 6 x 52 toro that retails for $16 packaged in boxes of 10, all of which were rolled at the El Titan de Bronze factory in Nicaragua. While Padilla planned to release the new version of the cigar on April 25 as part of ZT Cigars’ Smoklahoma, the Oklahoma City-based retailer announced it was indefinitely postponing the event due to the coronavirus COVID-19 pandemic. The cigars finally began making their way to retailers on June 11. 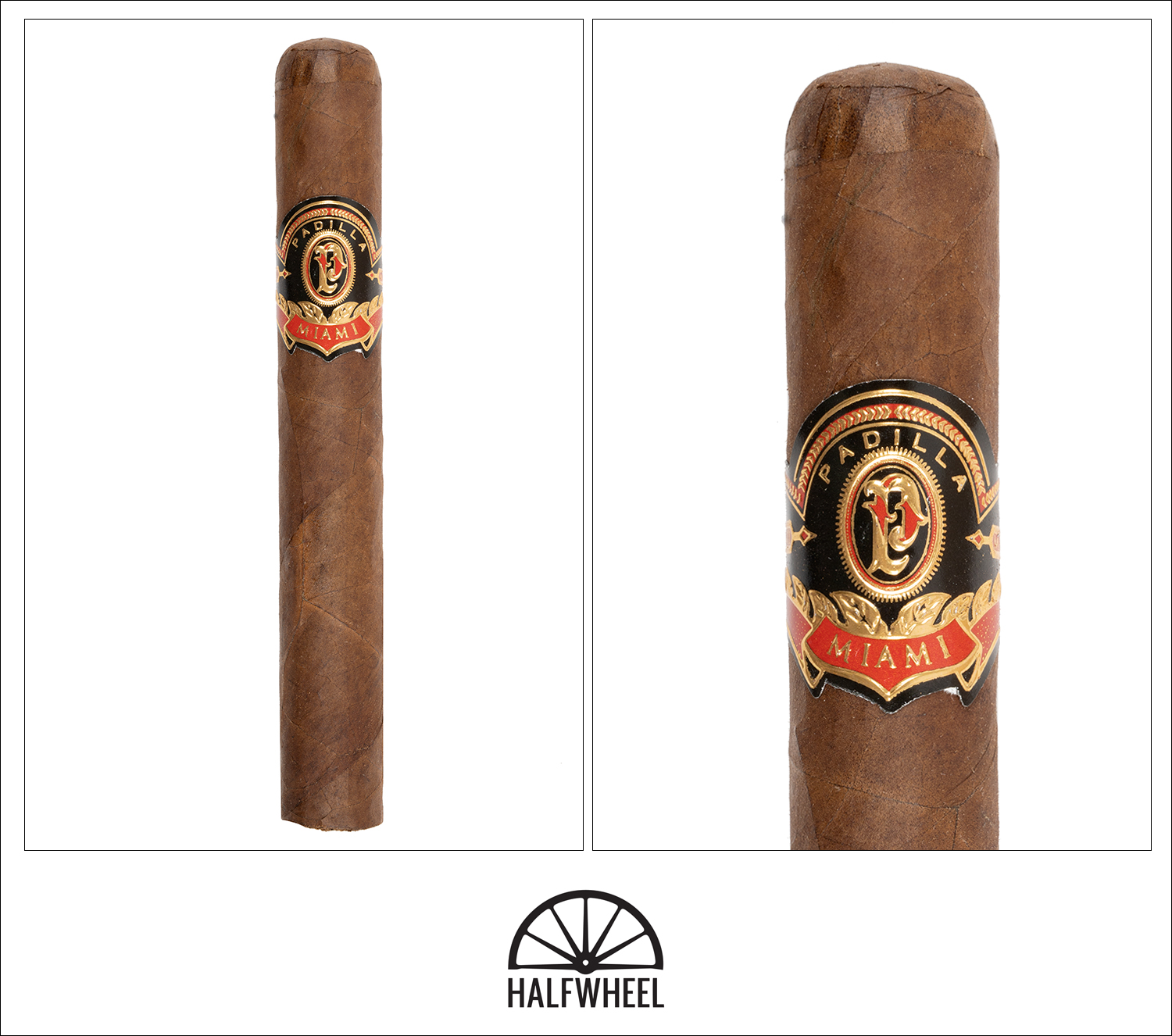 The noticeably reddish-brown color of the wrapper on the Miami 8 & 11 looks amazing against the red, gold and black band. And the wrapper is both soft and supple to the touch. There’s a bit of oil noticeable and very few prominent veins, unfortunately, one sample featured a large soft spot located between main band and foot on the left side. The aroma from the wrapper is a combination of aromatic cedar, peppermint, cocoa nibs, earth, espresso, hay and barnyard while the cold draw brings flavors of strong cedar, leather tack, grass, dark chocolate, vegetal and slight licorice sweetness.

Starting out the first third, the Padilla Miami 8 & 11 features a strong combination of creamy cedar and cinnamon, followed by lesser notes of gritty earth, dark cocoa nibs, vegetal, charred meat, leather and hay. There is a nice amount of spice on my tongue for the first few puffs—although it is already starting to recede—as well as some black pepper and licorice sweetness on the retrohale that is seemingly pulled directly from the cold draw, while the flavor on the finish is quite floral in nature. The smoke production is copious and dense, and while the burn is far from razor-sharp, the draw is excellent so far after a straight cut. Strength-wise, the Padilla hits a point just close to medium by the end of first third, but seems content to remain there for a while.

While the secondary flavors shift a bit in the second third of the Miami 8 & 11, the combination of creamy cedar and cinnamon continues to dominant the profile. Those aforementioned changes in the other notes include a new rich espresso bean flavor and an almond note, followed closely behind by vegetal, leather, toast, hay and dark chocolate. The licorice sweetness from the first third increases a bit by the halfway point, but both the spice on my tongue and the black pepper on the retrohale reduce noticeably, while the floral note on the finish remains constant. Construction-wise, the burn has evened up nicely while the draw remains excellent, but the smoke production that was so massive has begun to wane a bit. As expected, the overall strength stays around the same level, obviously content to remain just under medium at the end of the second third. There are not a lot of changes in the profile of the Padilla Miami 8 & 11 through the final third, and that is a very good thing. The combination of creamy cedar and cinnamon has no problem taking the top spot again, although the secondary flavors do shift a bit in how distinct they are, with the rich espresso and dark chocolate easily the strongest followed by leather, earth, nuts and hay. While the licorice sweetness remains unchanged in terms of the dimension of the flavor, it does manage to increase in strength a bit right before the end of the cigar, combining nicely with the slight black pepper that is still present on the retrohale and the floral on the finish. Both the burn and draw are wonderful until the end of the cigar and while the strength does increase enough to barely pass the medium mark, it stalls out there, and I put down the nub with about an inch remaining. 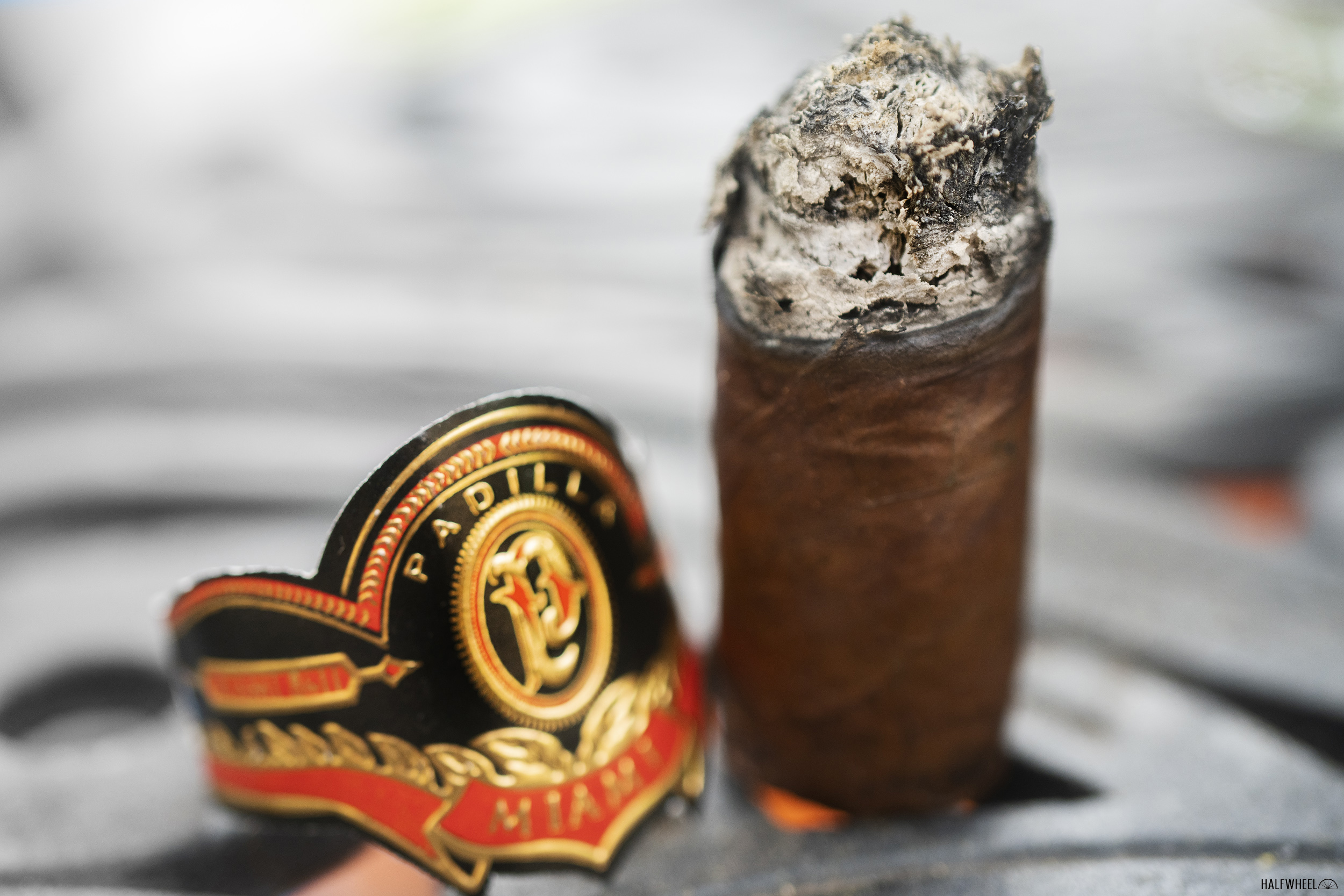 I don’t mind saying that the original Miami 8 & 11 blend was a favorite of mine back in the day due to its combination of creamy profile and complex flavors; in fact, I may have a few somewhere in a cooler waiting to be enjoyed. Having said that, this new version bears very little resemblance to what I remember in that first incarnation: while it also has a mixture of creamy cedar, leather and cinnamon notes, it is significantly more floral on the finish and features a new vegetal note. Trying to recreate a popular blend is always a challenge, and while the new version of the Miami 8 & 11 is nowhere close to the same as I remember the first one being profile-wise, that thankfully does not make it any less enjoyable.