Like many cigar companies, Padilla Cigars has a number of cigars in the works for the 2015 IPCPR Convention & Trade Show happening in July, one of which is a new line called La Pilar.

This new blend is a bit of a homecoming for Ernesto Padilla, as he returned to Tabacalera Aguilar in Honduras for the production, the same factory and owner—Juan Carlos Aguilar—that was responsible for the Padilla Series 68. A bit has changed since the initial announcement, as it was once expected to ship in May with four sizes: a 5 x 54, 6 x 52, 6 x 57 and 6 x 60. Instead, the cigar will debut at next month’s trade show in two confirmed sizes, a 5 x 50 robusto and 6 x 50 toro, with both the 6 x 57 and 6 x 60 being considered, and the price for all sizes expected to be under $8 per cigar.

This will be one of three cigar coming from Padilla at the trade show, with Padilla Corojo and Padilla San Andrés both coming from Raíces Cubanas, which has also produced cigars for the company in the past. The Padilla La Pilar has a familiar box-press shape that defaults to the somewhat overused descriptor of candy bar. My eyes are drawn to the cap on the first sample, where a pair of slight imperfections stick up, one coming from the leaf itself as it was folded and pressed in such a way to create a small wrinkle, while the one on the front of the cigar looks somewhat similar though is more of a small ridge that interrupts an otherwise very smooth landscape. The veins on the cigar are small and almost blend together with the seam lines, which while visible aren’t distracting in the least, while the dry and toothy wrapper offers a distinct tactile sensation on the fingers. The leaf is a fairly uniform shade of brown, and a bit lighter than what I generally think of when it comes to oscuro. It gives a pillowy soft feel when squeezed from both directions, a consistent feeling from head to foot and with no spots that feel underfilled. From the foot the cigar offers a hard-to-place aroma that has me thinking of earth, wood and a curing barn, but the specific combination is about as complex and bright as anything I can recall, while the top leaf is much more subdued with a subtle dusty earth note. One sample showed an interest pear note that was a great compliment to the other base flavors. The cold draw is just a touch on the firm side, showing a bit more earth before revealing a fantastic note of dark chocolate that doesn’t distract with any overt sweetness.

I find myself impressed with the first puffs of the Padilla La Pilar, as it delivers a medium-full and firm but not overpowering start. There’s no appreciable pepper or spice, but rather an near exact replica of what I got from the cigar’s prelight aroma: a warm tobacco barn along with a bit of earth from the ground. The first few retrohales are almost on the mild side, steadily building to become medium in strength just before the burn line has reached the one inch mark. By that point it has picked up a very enjoyable white pepper note that gives it a bright and clean punch without overpowering what the palate is getting. The draw and burn in the early going are both very good, with the former dialed in and restrained ever so slightly and the latter sharp and even, producing a tight light gray ash. Given the smooth and easy introduction to the cigar, I’m waiting for flavors in the La Pilar to take a step forward, and fortunately I’m not waiting too long as I get a touch more white pepper on the palate while the retrohales continue to show a white pepper lead note that is bright, clean, and almost perfectly punchy. The cigar doesn’t change that much in either flavor, body or strength, but I can’t say I mind as the flavor is plenty enjoyable. The earth never gets heavy in the way that a San Andrés or certain Nicaraguan leaves might, for instance. One thing that has yet to really show up is any sweetness, which I have been patiently expecting since I saw the word oscuro in the blend notes. The second third closes out with just a touch of sweetness, a bit nondescript  other than to say it’s not overly sweet, fruity or floral, but rather rich and used with restraint. 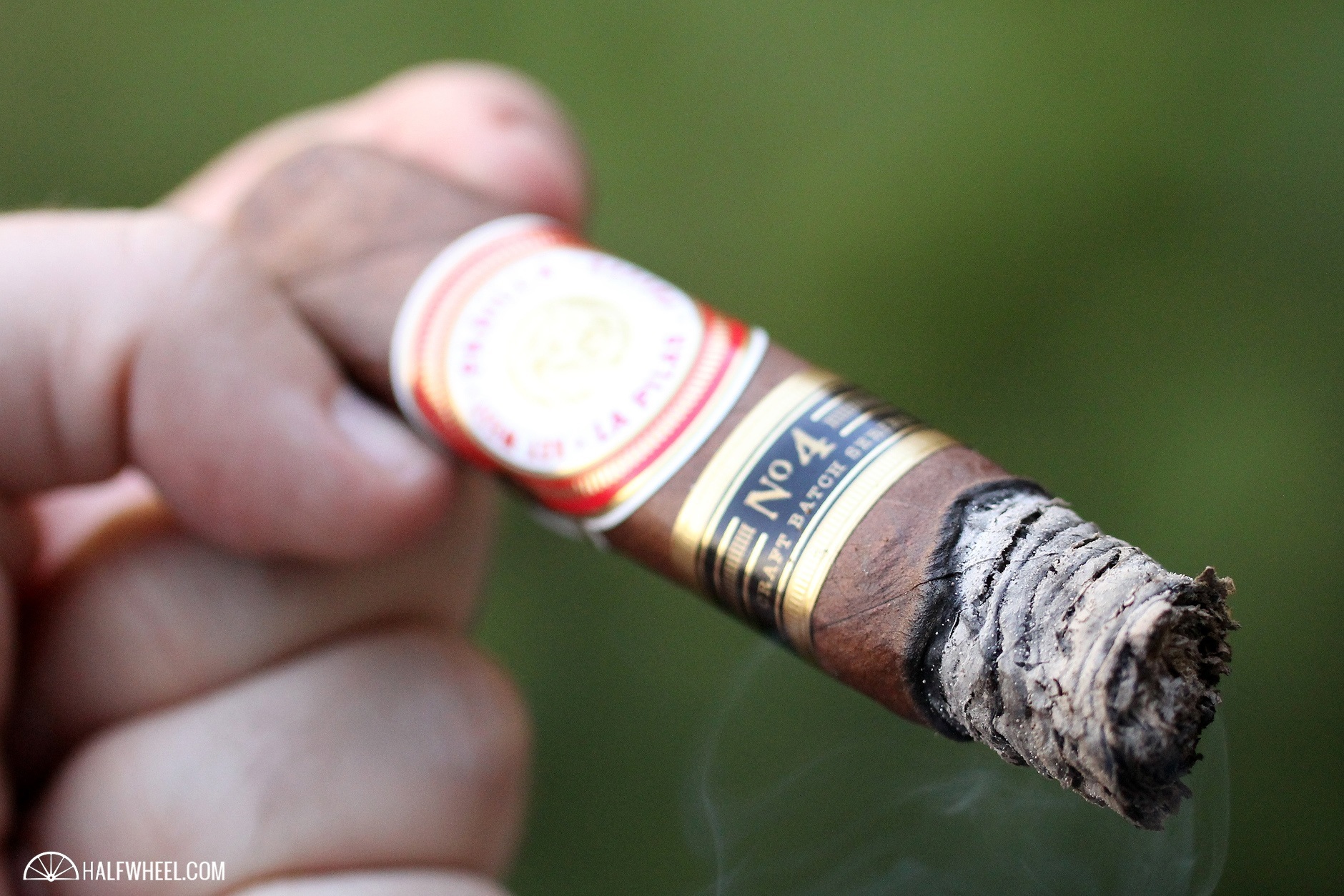 I get the sense the Padilla La Pilar is taking its first step forward in the strength at the start of the final third, with a bit more complexity as well; there is a bit of blondie sweetness[ref]Editor’s Note: Apparently that’s a brownie without the chocolate.[/ref] that I’m getting along with the earth and wood that have been constants since the start. Retrohales also take a good step forward with more of a black pepper sensation, and I can begin to sense the smoke heating up with about an inch and a half left. It brings an added punch to the smoke, making it stand out much more vividly, almost to a fault at certain points. Thankfully with some slowed puffing it can stay under control, and the cigar stays on a sharp and even burn line down to the point where your fingers can’t take the heat, as my palate seemed to be ready for more of the enjoyable and balanced flavor. I’ve got to hand it to Padilla on this one, it’s a darn good cigar. It’s not the most complex or evolving cigar I’ve ever had, and its overall strength may be a bit lacking for some, but this is a cigar I could see myself smoking quite a few of these at all times of the day. The balance is about as perfect as I have found from a cigar this year, the draw is effortless, and the flavors and aromas are perfectly pleasing. While we don’t factor price into reviews, that’s simply the icing on the cake for this cigar. Hopefully this finds its way into a good number of humidors as I think it’ll be one you’ll certainly want to try.