For the last few years, Edgar Hoill has been working with the Turrent family, the most famous family in the Mexican tobacco business. His roles have been varied, spending ample time in Mexico at the company’s factory and now back in the U.S. assisting with the company’s sales. As such, it should come as no surprise that the latest cigar from his EH Cigars brand is being made by the Turrents in Mexico.

Last June, the family opened a new Casa Turrent factory in the house of Alberto Turrent, the founder of the family’s tobacco operation who first planted tobacco in Mexico in 1880. The new factory has around a dozen employees and is tasked with producing the Casa Turrent brand and the new OSOK San Andrés, while the much larger Nueva Matacapan S.A. factory continues to make the Te-Amo brand. As with many cigars, the most noticeable thing about the OSOK Andrés upon taking the cigar out of cellophane—or even before that—is the massive band, which I like for a number of reasons mentioned below. Aroma off of the dark leaf is medium-full with a funky earthiness and lots of cocoa. The foot is fuller and sweeter with chocolate and lots of bark, as well as a very defined blueberry sweetness. It took me a while to figure out what that flavor was initially, but after a few smells it reminds me of blueberries that are part of a blueberry muffin. The cold draw keeps with the chocolate theme, with both some sweet and burnt chocolate, along with touches of  natural licorice and maple syrup, right around medium-full.

Despite a lot of chocolate during the pre-light process there is none to be had once the OSOK San Andrés is lit. Instead, I am greeted with burnt earth, a bit of creaminess, black pepper and an underlying fruity sweetness that reminds me of coffee more than anything else. The opening inch of all three samples is quite different. The first cigar is earthy with the aforementioned fruitiness sweetness, the second cigar tastes like it has fire cured tobacco and my final sample is an earth bomb. Eventually, all three cigars get to a point where they are each noticeably earthier than the start. It’s a mixture of generic earth, some burnt earth and fading notes of black pepper. Retrohales produce more of a roasted nuttiness, some lemon flavors and white pepper. Predictably, the finish has a lot of earthiness along with some classic Wonderbread flavor. Flavor is full, body is medium-full and strength is medium-full. Construction is okay, I don’t make any deductions on my scoresheet but the smoke production could be better and the ash is very flaky from the start. By the second third, the differences between the cigars are quite small. In short, the OSOK San Andrés is an earth bomb. Regular earth, burnt earth, a burning pile of leaves, terroir, toastiness—whatever you want to call it, the cigar is earthy. Through the nose there’s even more earthiness, albeit now joined with some black pepper and paprika, while the finish on the tongue has creaminess along with paprika. Flavor is full, body is close to full and strength is medium-plus. All three cigars need touch-ups to keep the cigar burning, I’m not sure there’s a particular culprit but I’d rather smoke and touch up than push the cigar, which produces an overly harsh flavor profile. 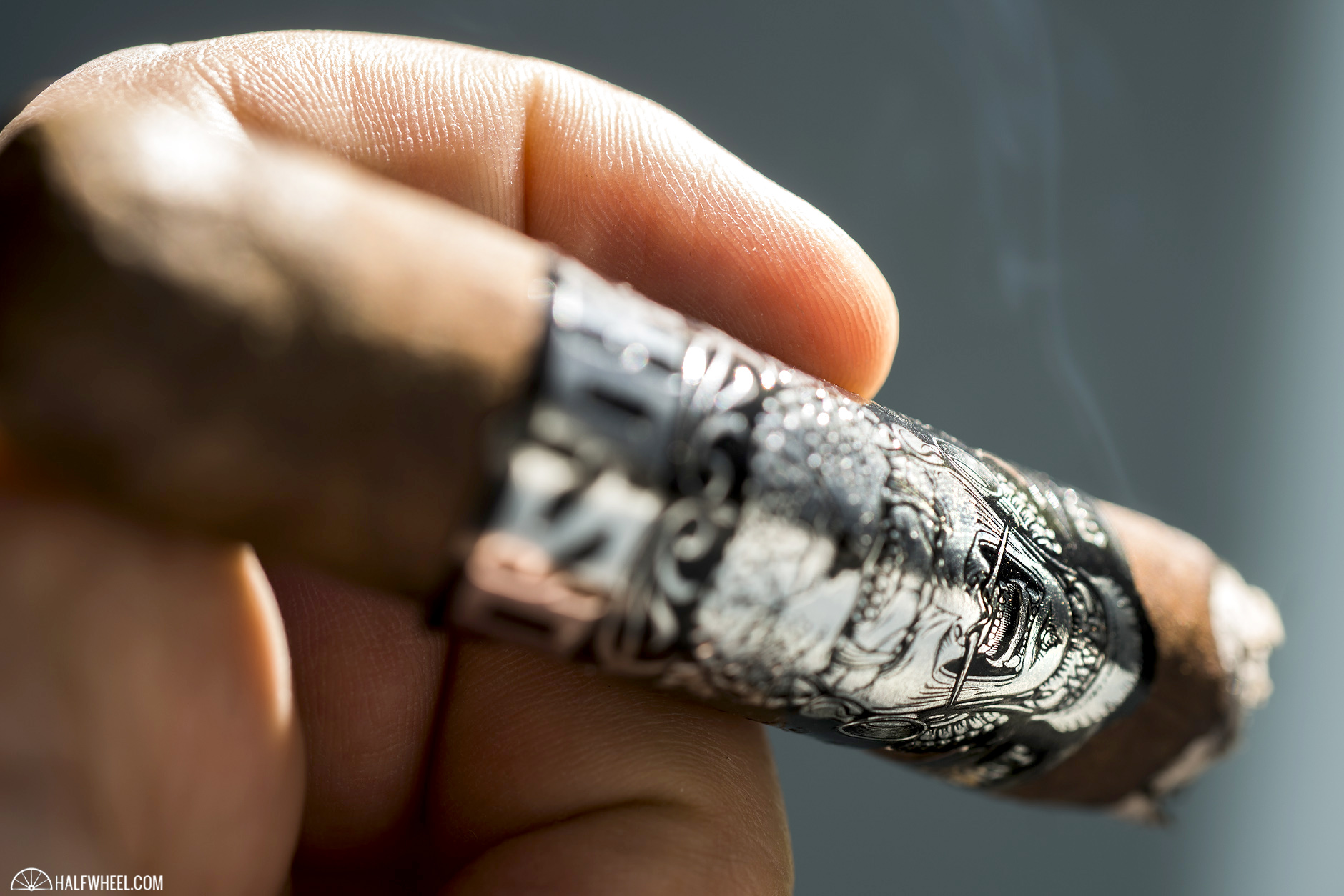 Entering the final third, the cigar is still earthy, but there’s now some soy sauce and nutmeg behind it. One interesting development is that my mouth is quite dry and only getting drier with each puff. Two samples, including one that never displayed it prior, show some fire-cured flavors, but they aren’t consistent. Retrohales continue the earthy trend, now joined by a defined walnut. Profile-wise, everything takes a bit of a step back—flavor is now medium-full, body is medium-full and strength is medium. Construction-wise, the touch-ups continue until the end. If you are a fan of earthiness, particularly the rich earthy terroir flavor Patrick Lagreid often mentions, you will enjoy this cigar. While the above review might be below average in terms of the number of different flavors we typically mention in a review, there’s a lot going on with OSOK San Andrés and it almost always is around the earthy flavor. If you don’t want an earth bomb, this isn’t the cigar for you. I do think that fans of San Andrés wrapper will still find this to be interesting as the cigar features little in the way of chocolate and consistent pepper, the two other usual flavors I find in cigars with Mexican wrappers.