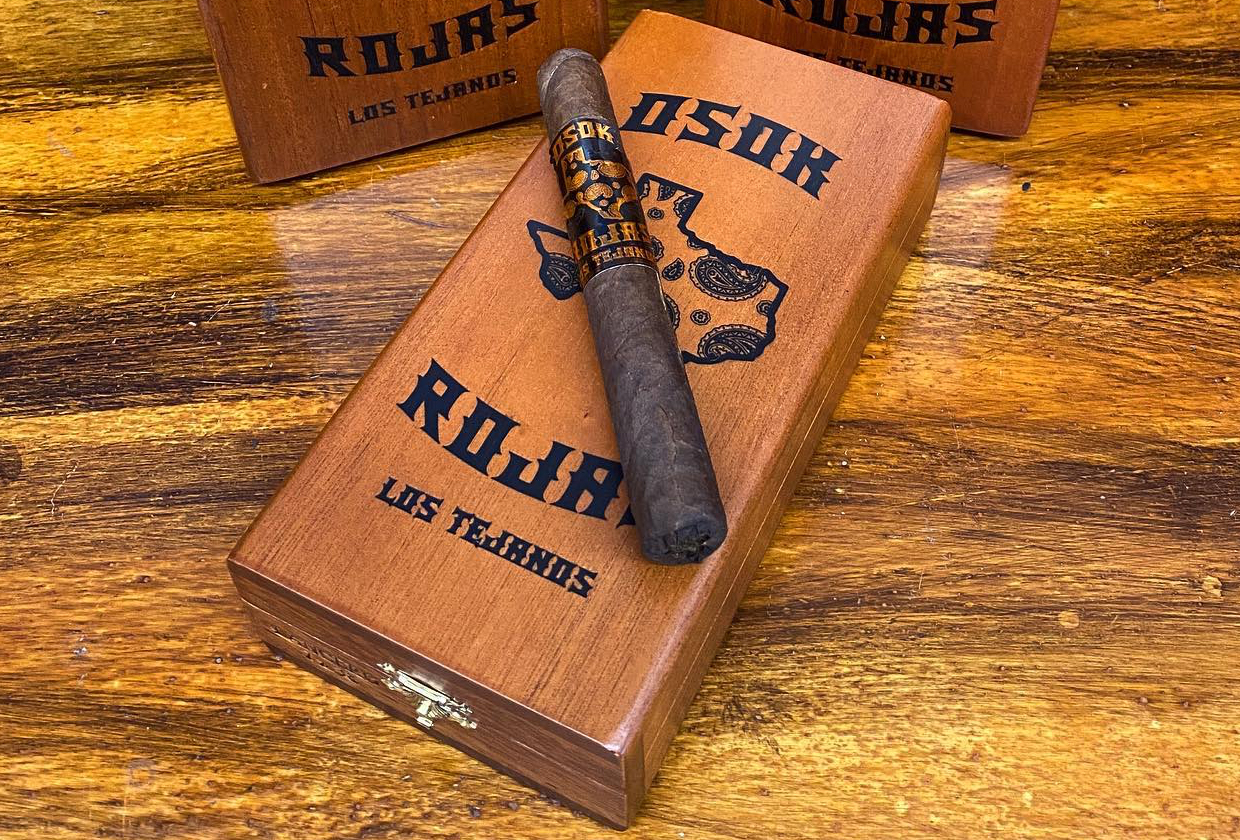 OSOK and Rojas Cigars Partner Up for Los Tejanos

Los Tejanos, a new project from Edgar Hoill of OSOK Ciars and Noel Rojas of Rojas Cigars is getting close to its release in late August.

The line uses a Mexican San Andrés wrapper over a Nicaraguan corojo binder from the Somoto Valley and filler that comes from the same area. Rojas told halfwheel that he pegs it a medium-bodied cigar. It is being released in three sizes:

While the Mareva and Toro are made in Nicaragua at Tabacalera Flor de San Luis, the lancero is being made at Rojas’ facility in Richardson, Texas, a suburb of Dallas. All three sizes are ongoing, regular production releases.

The name is a reference to the Hispanic residents of Texas whose ancestors came from the northern states of Mexico, though has also been used as a more general term to refer to Texans of Mexican descent.

The cigar is being distributed by Rojas Cigars LLC.