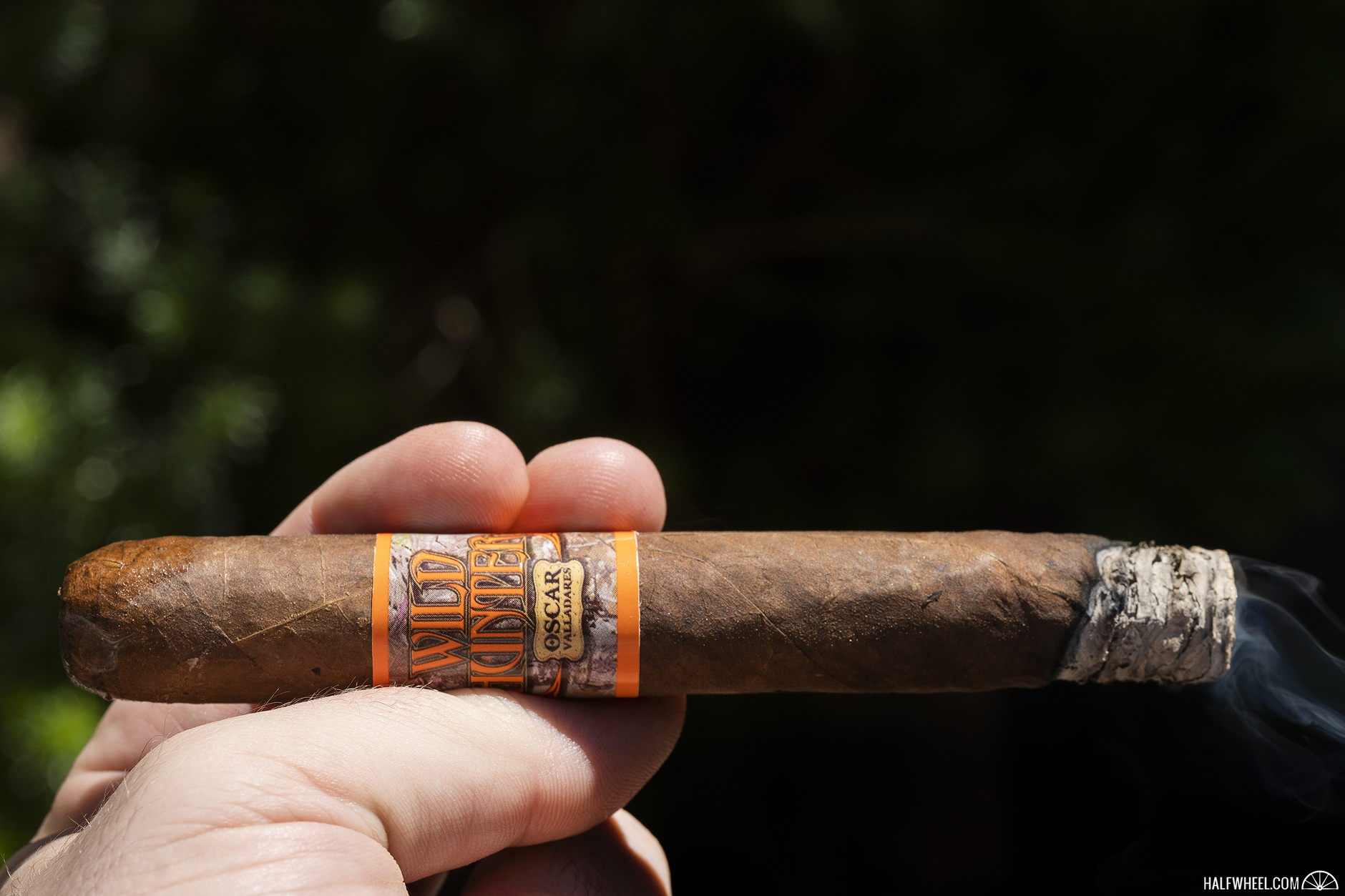 One of the sayings I’ve heard more times than I care to admit is that there is a cigar for everyone, every situation and every budget. It’s something that seems to get truer and truer as more and more cigars get released.

This summer, Oscar Valladares Tobacco & Co. added a new line that addressed one of the situations for which a cigar seemingly hadn’t yet been created: hunting. 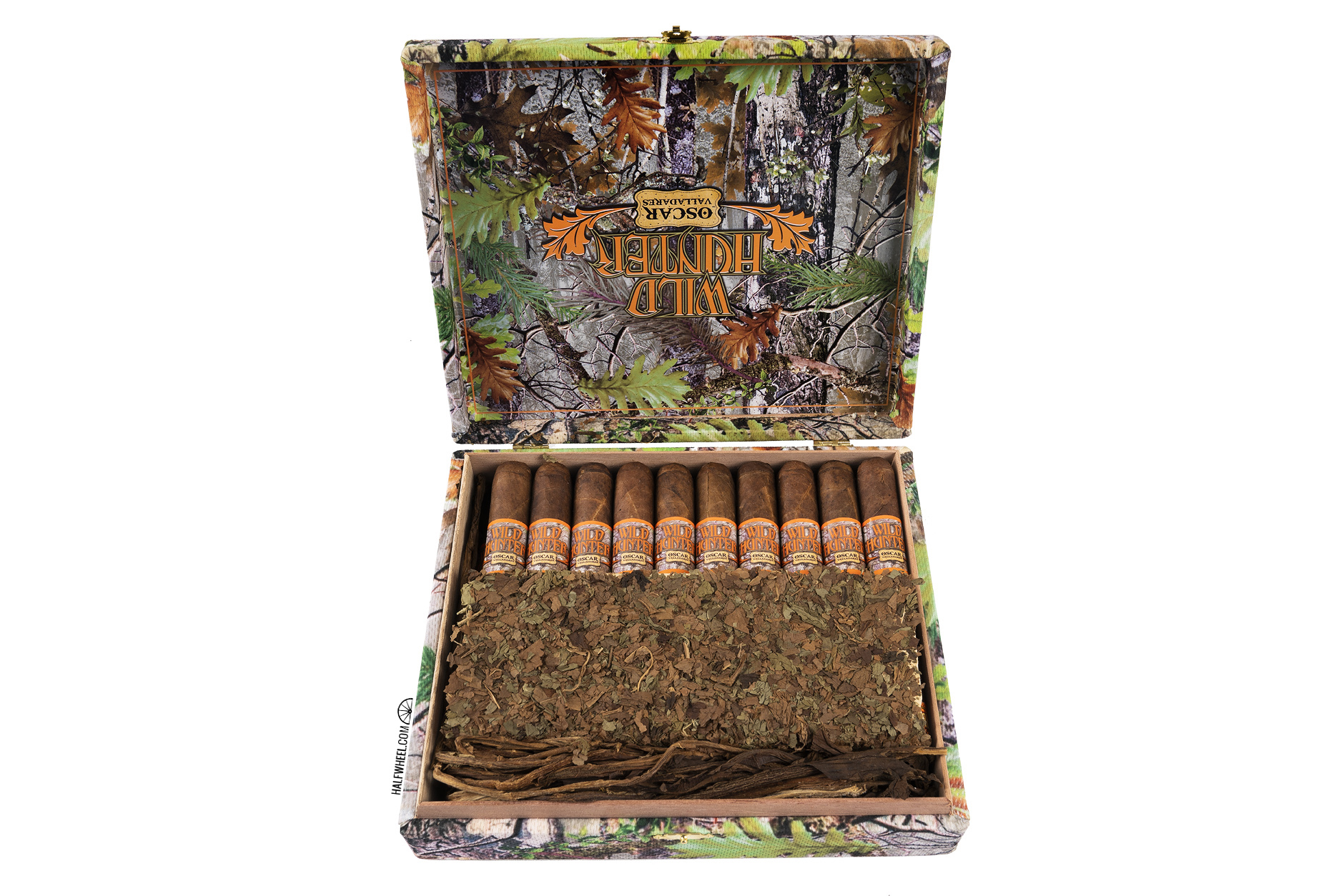 Named the Wild Hunter, it is a Honduran puro with two variations, a natural version and a maduro version, with the wrappers for each cigar coming from the Copan region of Honduras. The binder and filler draw on tobacco grown on Valladares’ farm, La Estrada a Copan, giving the smoker a full experience of Honduran flavor, according to the company. 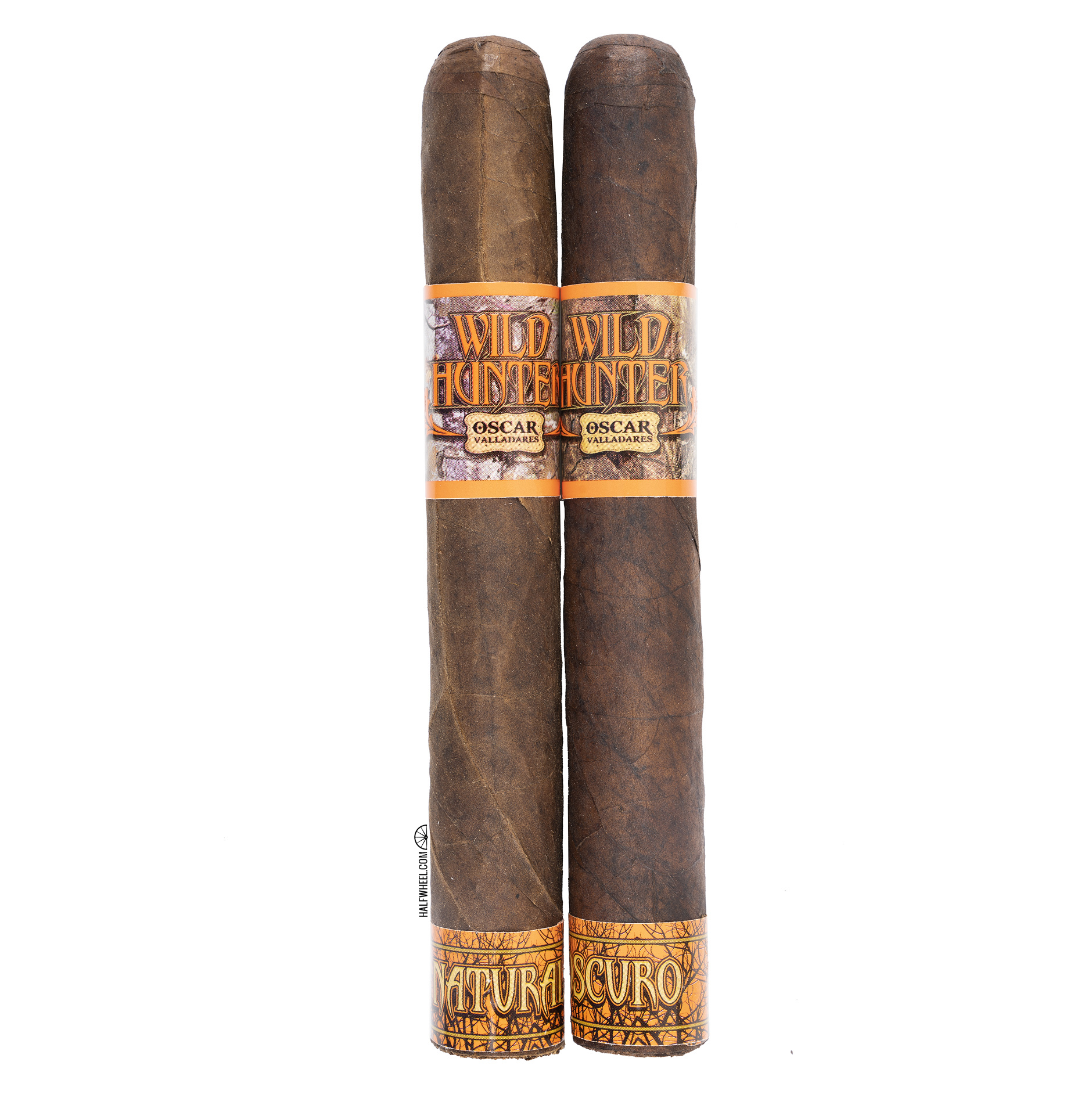 Both of the variations are available in a single, 6 x 52 toro vitola, priced at $9.50 per cigar and offered in 20-count boxes that use a distinctive design rooted in hunting and camouflage. The line made its debut at the 2019 IPCPR Convention & Trade Show and began shipping once it wrapped up. 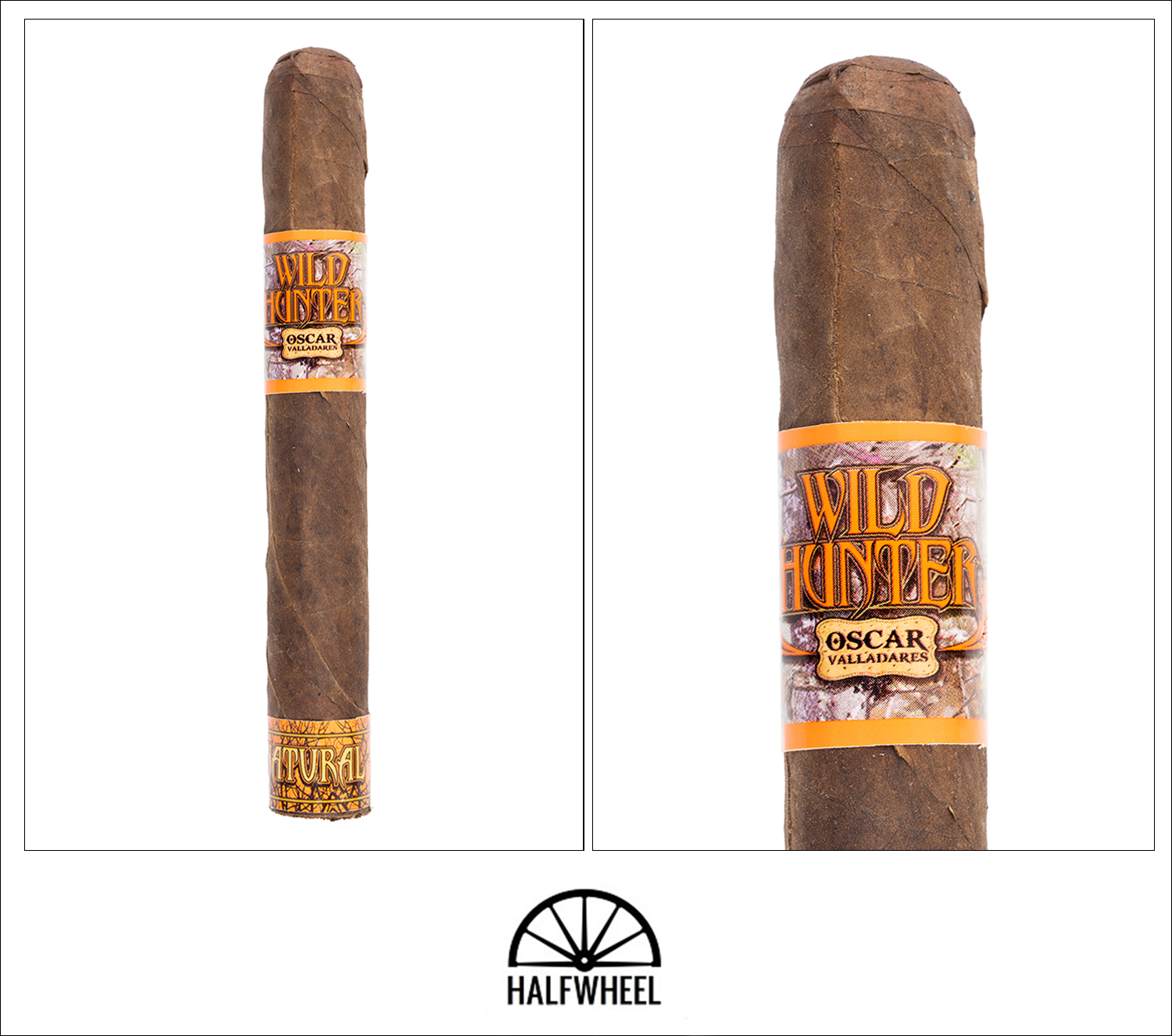 The Oscar Valladares Wild Hunter Natural makes no subtleties about its design aesthetic, with a pair of bands that convey the outdoors and play in well to the line’s theme. Underneath that, the wrapper is on the rustic side, matte in finish with just a bit of oil on the fingers, while the color is slightly uneven and some veins stand out for visual texture. The roll has some give to it, maybe a tick under being truly firm, though not underfilled. The foot has a bright initial aroma that reminds me a bit of a forest, with pine and vegetation atop woods and earth, though with a few more sniffs they start to come together with a sweet and cool finish on them, similar to a sorbet with one sample having a prominent creamy sweetness. The cold draw is pretty spot on in terms of airflow, with a very subdued profile that is free of pretty much all sweetness and pepper. I get a bit of thick cream or melted ice cream in one sample, but flavors aren’t quick to jump out here.

While the cold draw may have been free from pepper, the first puffs of the Oscar Valladares Wild Hunter Natural offer plenty of it, not overpowering but enough to both wake up and command the palate without any delay. As would be expected from a Honduran puro, there is a fair amount of earthiness and terroir, which can be hit or miss depending on your palate and preferences, but for my palate, it works. The one-inch mark sees the cigar pick up some creaminess, more in terms of texture than taste, but it does contribute there as well. The end of the first third brings on an interesting and very enjoyable aroma of fresh pine that brings me back to the forest notes in the pre-light aroma. Construction-wise, the cigar has been problem-free in terms of burn, draw and smoke production.

The second third begins with just a touch of irritation as the cigar seems to be moving into a different profile, letting what earthiness it has take over the profile while stripping the balancing notes in the process. With that comes a bit of rougher soil and rockiness, as well as more pepper returning to the profile, both on the palate and through the nose on retrohales. It’s more of a messy seam than a true stumbling point, as it’s not long before the cigar regains its balance ahead of the midway point, and while I wouldn’t say it is bounding with a myriad of flavors, it does offer some depth with terroir and pepper. The creamy sweetness has not made as much of a return yet, something I would like to see, but when it does appear it really expands the breadth of the flavor quite well. Each of the three samples has burned quite well, none needing a touch-up or any other correction. The final third of the Oscar Valladares Wild Hunter Natural starts off with some good clean pepper and dry woods, the latter of which reminds me of dry firewood. The cigar begins to show that it doesn’t respond well to being over-smoked, getting hot and bringing the pepper an unneeded edge, and if anything forces me to really slow things down on the whole. Even with a slowed puffing rate, the cigar gets a bit harsher in its final two inches, enough so that I’m thinking about calling it a wrap with just about an inch-and-a-half to go, which is a bit disappointing as the profile prior to this point had me thinking it would be able to be smoked down further. Draw, smoke production and combustion have all been very good and things finish at a medium-full spot in terms of flavor and medium-plus in strength. I'm not going to address whether or not this is a great cigar with which to go hunting, as I'll leave that up to those who do that. What I will say is that this is another solid cigar from Oscar Valladares and easily shows its Honduran roots, something Valladares is incredibly proud of and shows off at every opportunity. As I noted in the text above, the cigar doesn't try to present a buffet of flavors, but rather finds its roots in Honduran terroir and doesn't stray too far from them, only flirting with some sweet creaminess at times but delivering outstanding results when it does. The Wild Hunter Natural is a very enjoyable cigar from start through the final third, when heat proves to be a bit too much for the profile to property integrate. If you're a fan of Valladares' other cigars, it would be worth getting the Wild Hunter Natural in your sights.