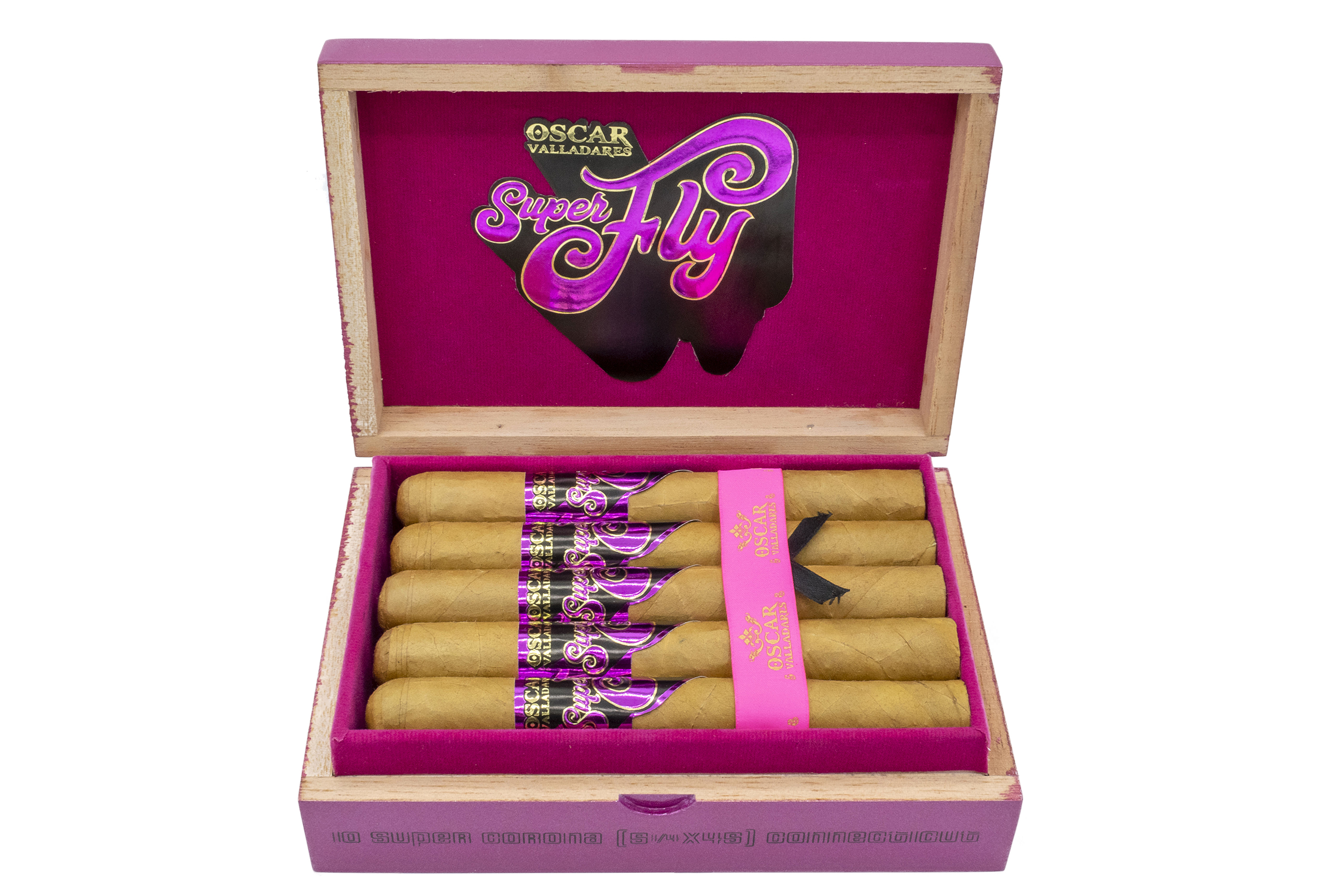 If you liked the purple-hued, 70s-themed Super Fly from Oscar Valladares, he’s got another release coming up you should find equally as groovy.

At this week’s Tobacco Plus Expo (TPE) trade show, Valladares will be releasing the Super Fly Connecticut, which uses a Honduran Connecticut wrapper over a Honduran binder and fillers from Honduras, Nicaragua and the Dominican Republic. It is initially being offered in a single size, a 5 1/4 x 45 corona priced at $9. It will come packed in pink-hued boxes of 10 cigars priced at $90, and like the rest of Valladares’ cigars, is made at his factory in Danlí, Honduras.

The cigar is scheduled to begin shipping to retailers in the second or third week of February.