Art and cigars are familiar bedfellows, and whether it be modern, classical or street, it seems there’s a cigar designed to be paired with it.

In the case of the new Oscar Valladares Ciseron Edition, it is the work of Honduran artist Elmer Ciserón Bautista, who has been described as both Post-Cubist Subrealist and Post-Cubist Minimalist. He’s shown his works in numerous countries since his debut in 1991, and has been awarded the Julio Visquerra Regional Painting Prize, as well as several other honors from the Honduran government. 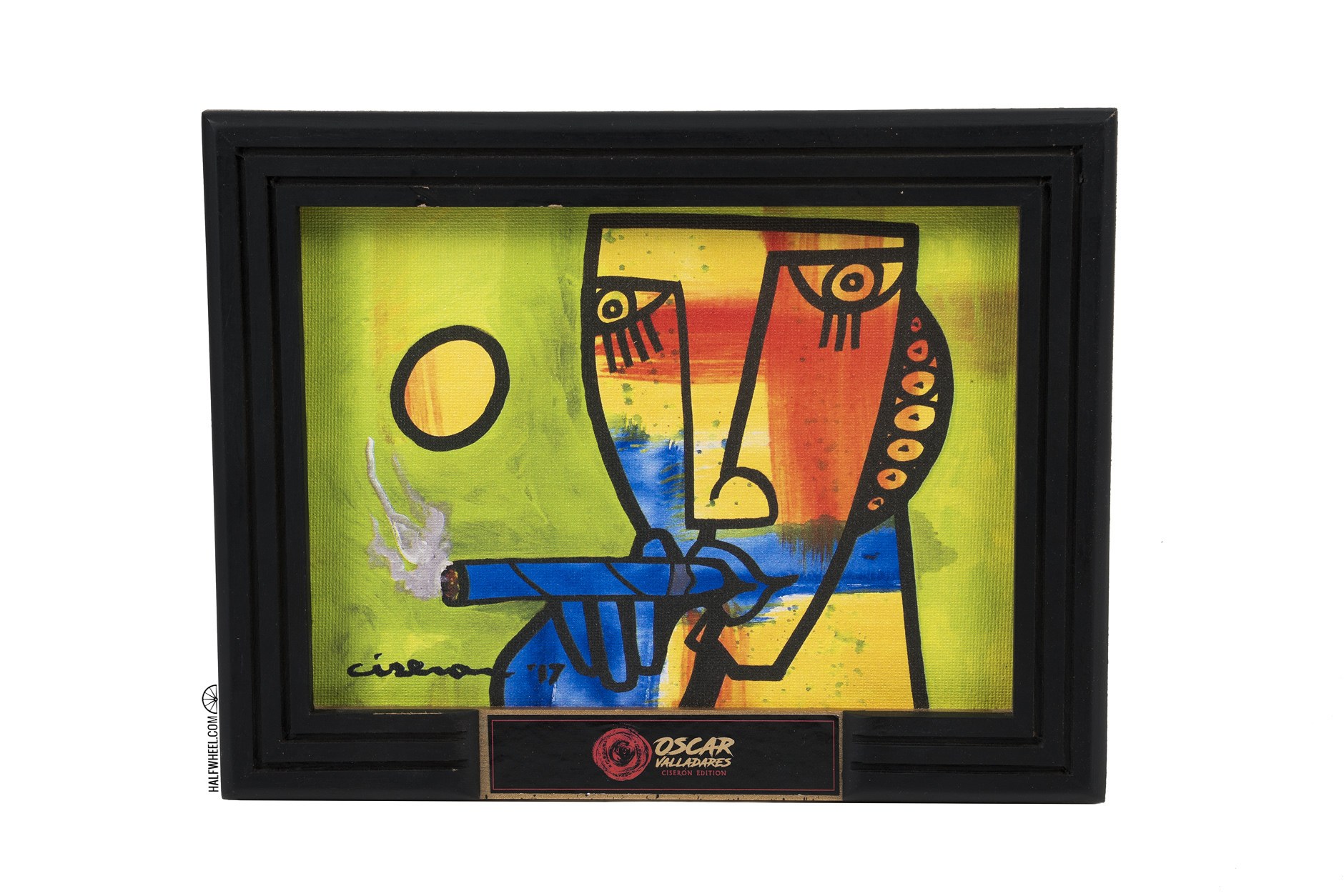 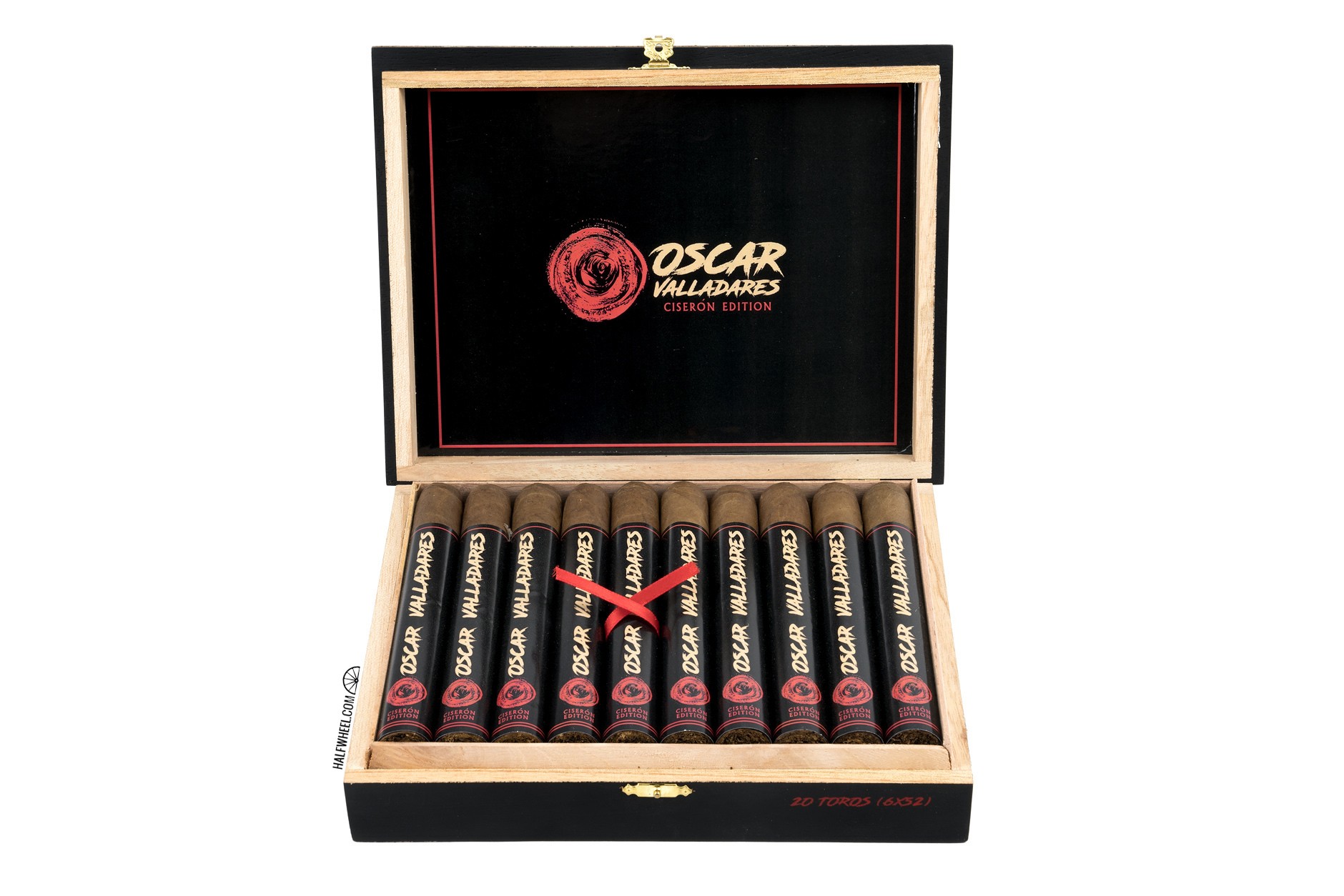 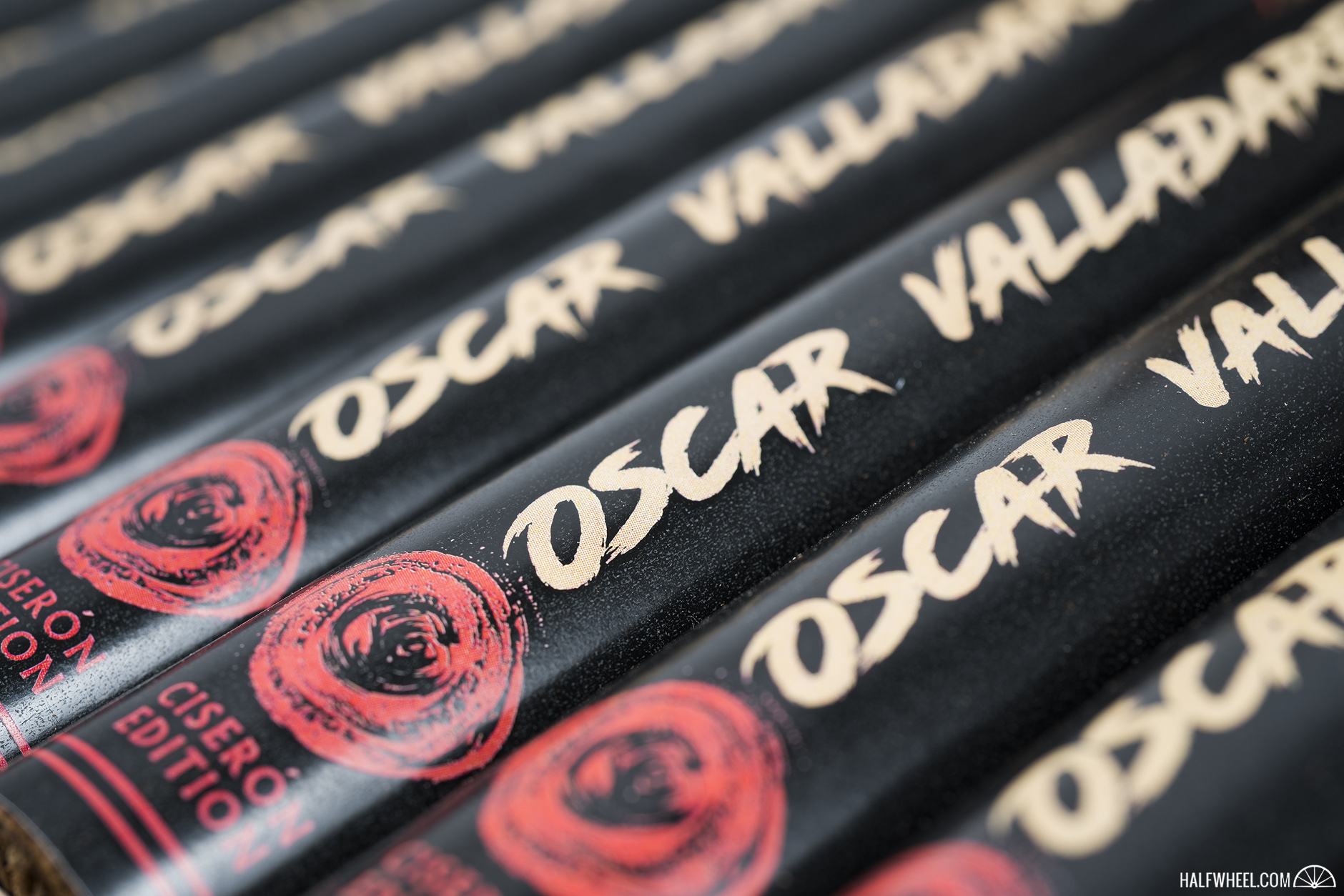 Oscar Valladares announced the new cigar in January, launching it at STOGIES World Class Cigars in Houston, Texas on Jan. 25 before releasing it to other retailers. Beyond just the art, the Ciseron Edition is the first time that Valladares hasn’t used Honduran tobacco in a blend to come out of his factory.

It’s a 6 x 52 toro that uses an Ecuadorian sun grown wrapper, while the binder and filler both come from Nicaragua. The Ciseron Edition is being released with five pieces of art selected for the boxes, each version getting a release of 500 boxes, and each box containing 20 cigars. Regardless of the box design, the cigars and bands remain the same. 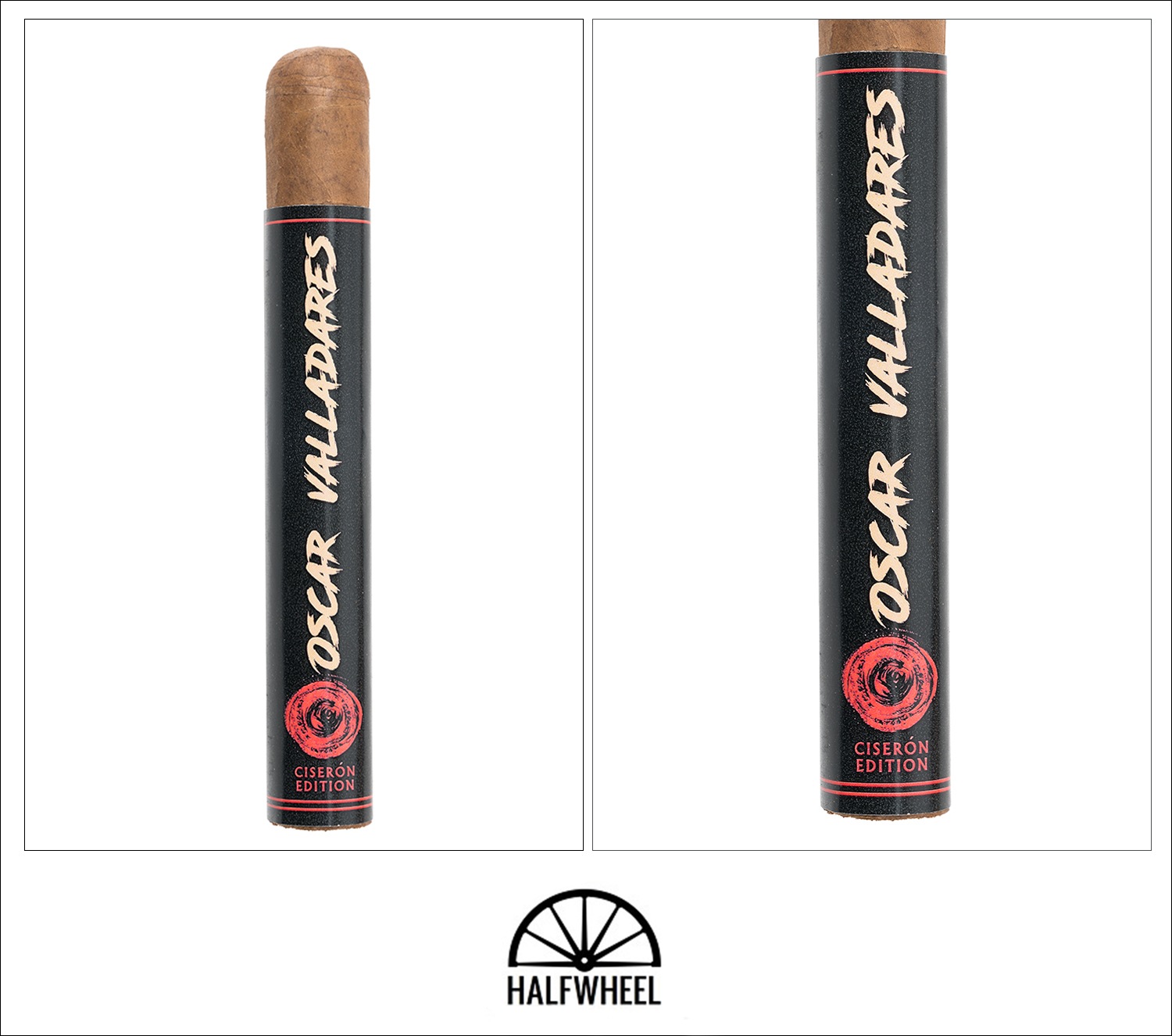 Other than clipping the cap and smelling the foot, there’s little that can be done with the Oscar Valladares Ciseron Edition before removing its sizable band. While I’m always interested to see if someone might use the back of the band for something interesting, I’m particularly interested in this case given the art tie in. Unfortunately, I am left disappointed when I find a plain white backside and no hidden scroll of art. There is a traditionally-sized band underneath, and while I like the general design, I wonder if the graphic isn’t doing an adequate job conveying the art connected to the project by virtue of how it was printed. As for the wrapper, it’s a dry, matte finish leaf that falls in the medium-brown territory though doesn’t inspire much in the way of comparison, other than to a latte or similar milk-diluted coffee. A few small veins run up the cigar’s length, and the leaf is surprisingly smooth given its lack of oil. The roll is firm but offers some give, the seams clean, and the caps more than satisfactory. The foot’s aroma is light and a bit creamy with suggestions at Cheerios, breads and butter; pepper is an afterthought when it does appear, while what sweetness is there is reserved. The cold draw ranges from spot-on to a bit firm and is generally as subdued, reminding me a bit of a fast food vanilla shake, only with a touch of pepper and breads in the background.

A subtle pre-light experience doesn’t translate into subtle first puffs, at the Oscar Valladares Ciseron Edition starts out with a pop of woods, nuts and wheat crackers, a medium-intensity profile highlighted by just a touch of black pepper that wakes up the palate in preparation for what’s to come. It’s equaled by what a retrohale generates, a good balance of consistent, even pepper that is bright but not blinding. There’s little in the way of sweetness until just about the one-inch mark, when some of the vanilla milkshake returns in what I imagine fast food milkshake mix tastes like. The first clump of dense, white ash falls off at just about the one-inch mark; the first sample’s seemingly blown off by a gust of wind that came through my balcony. The cigar turns down the flavor intensity, though the dryness of the wood still shows through and leaves a bit of a tingle on the front half of the tongue, and the vanilla sweetness becomes inconsistent in its appearances. The technical performance through the first third has been outstanding, with plenty of smoke, an even burn line, and a near perfect draw. 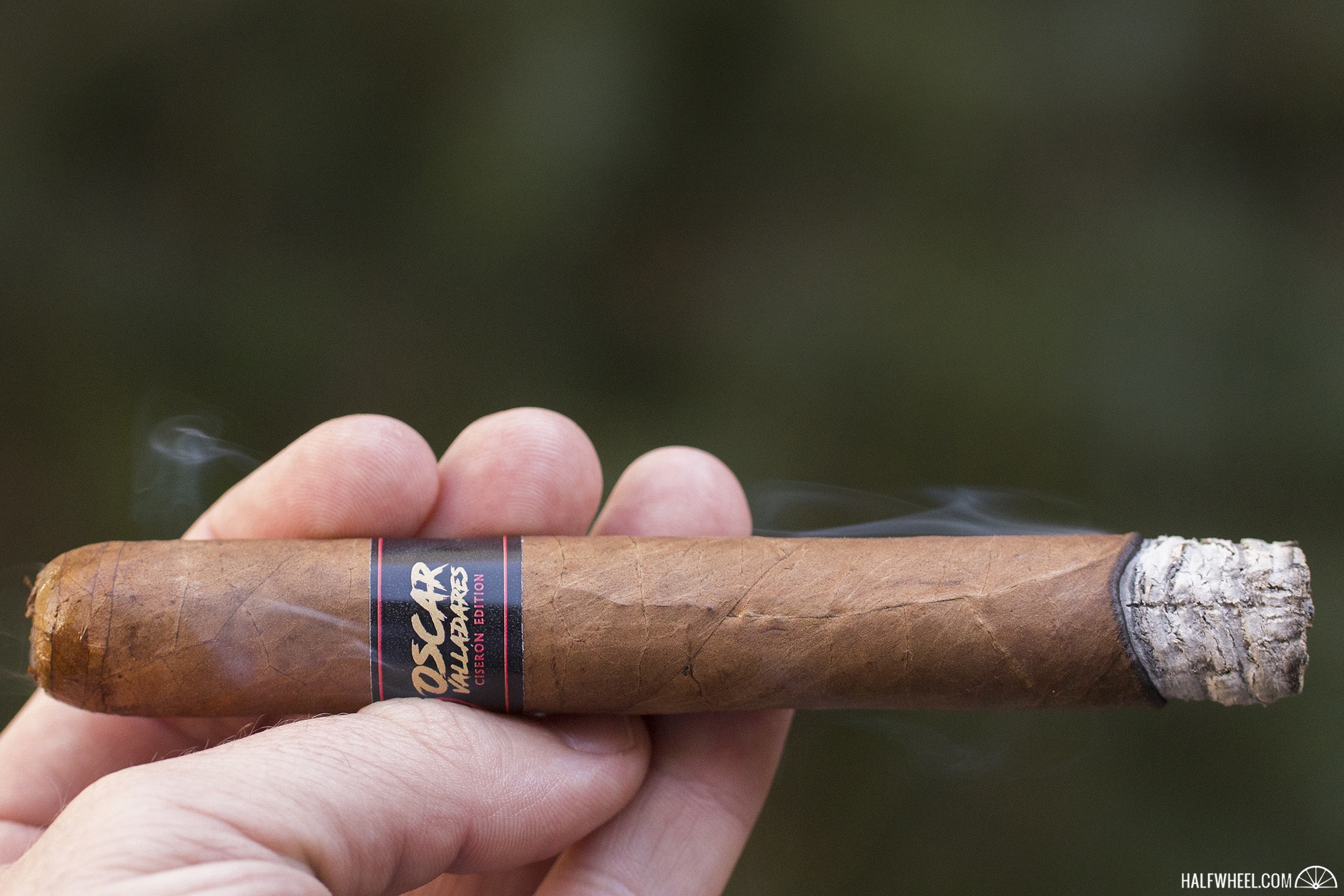 The second third of the Oscar Valladares Ciseron Edition flattens out quite a bit, and while it’s quite easy on the palate, it’s also becoming a bit too easy to overlook what the cigar is offering. If there were to be a session cigar like there is a session beer, this would certainly among the best choices. Flavor is just a few ticks past mild, strength is negligible, taste and aroma are agreeable, and the combustion is ideal. Where the cigar does offer some interesting punch is in the retrohale, which has not dropped in its intensity, and if anything, picks up a bit in certain samples. It’s a mix of black and white pepper that adds both tingle and strength, yet neither dominates, which is for the betterment of the experience. A bit of creaminess comes in at the midpoint to smooth add a bit of sweetness and a dose of smoothness to the profile, though it too pushes the cigar into more of a familiar flavor profile, which while good, makes it easy to overlook the details. By the end of this section, I’m still surprised there’s not any Honduran tobacco in this cigar as it has some of the same, earthy profile that I’ve found in other Honduran cigars. The draw is still quite good, though the burn line isn’t quite as sharp as it was previously, though no touchups are needed. 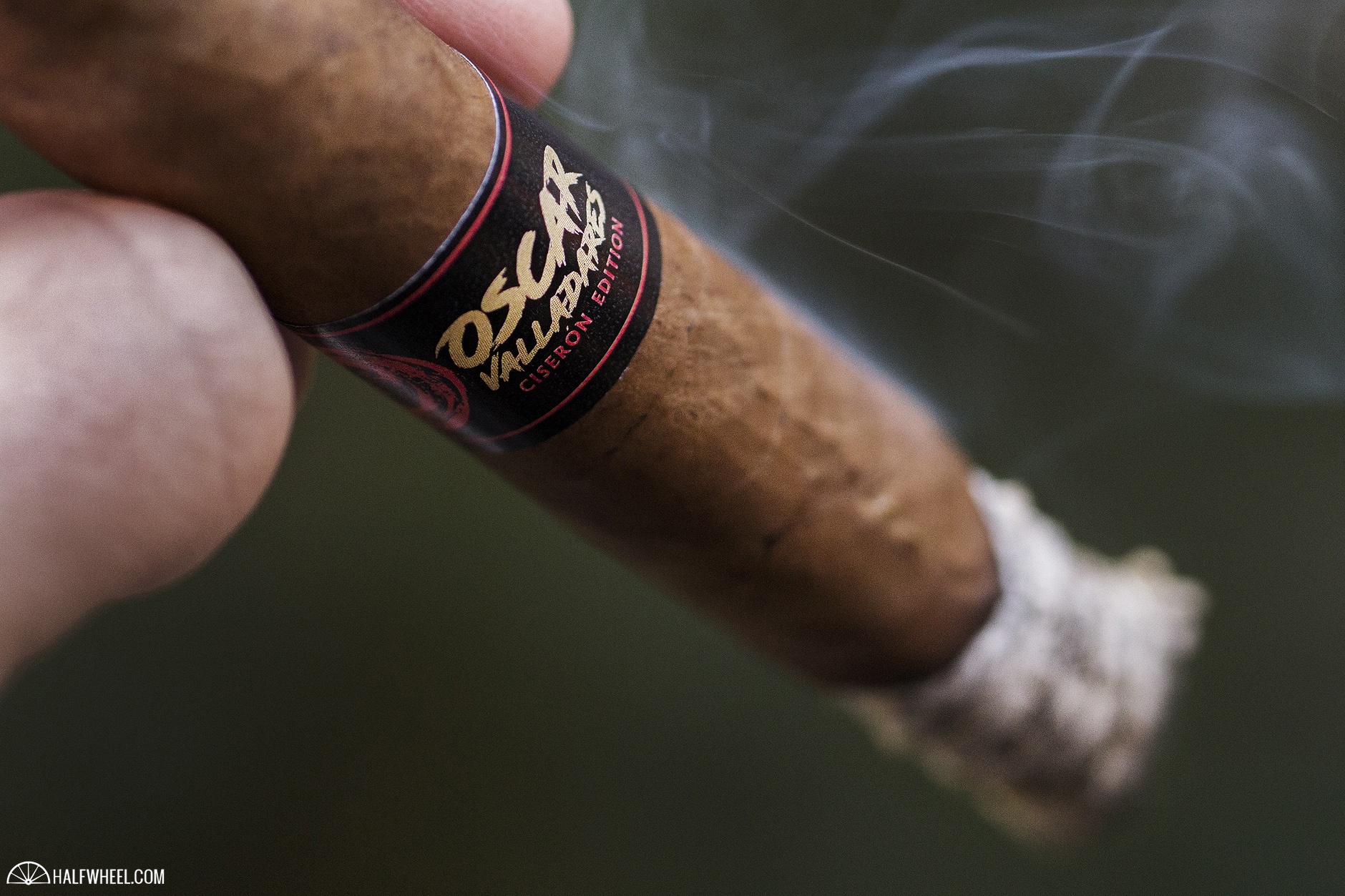 Almost on cue at the start of the final third, the flavor of the Oscar Valladares Ciseron Edition wakes up, fills out and becomes much more satisfying on the palate. A bit of pencil wood starts the buildup, with pepper returning in very measured amounts, with wheat toast not far behind. An earthiness that reminds me of Honduran tobacco appears, even though the company says there is none in the blend. Once again, if I didn’t know anything about this cigar, I’d swear it came from the Jamastrán region. The aroma gets a bit of dry citrus sweetness as the smoke continues to be far from lush, and by the time the band is removed I’m experiencing a bit of dry mouth compounded by a lasting finish of white pepper and dry cedar. Even with one inch left, the cigar doesn’t get hot or bitter, finishing quite cleanly with a good amount of flavor and medium levels of strength. The cigar combusts perfectly, and with regular puffs never even suggests the need for a relight, with plenty of smoke to boot. 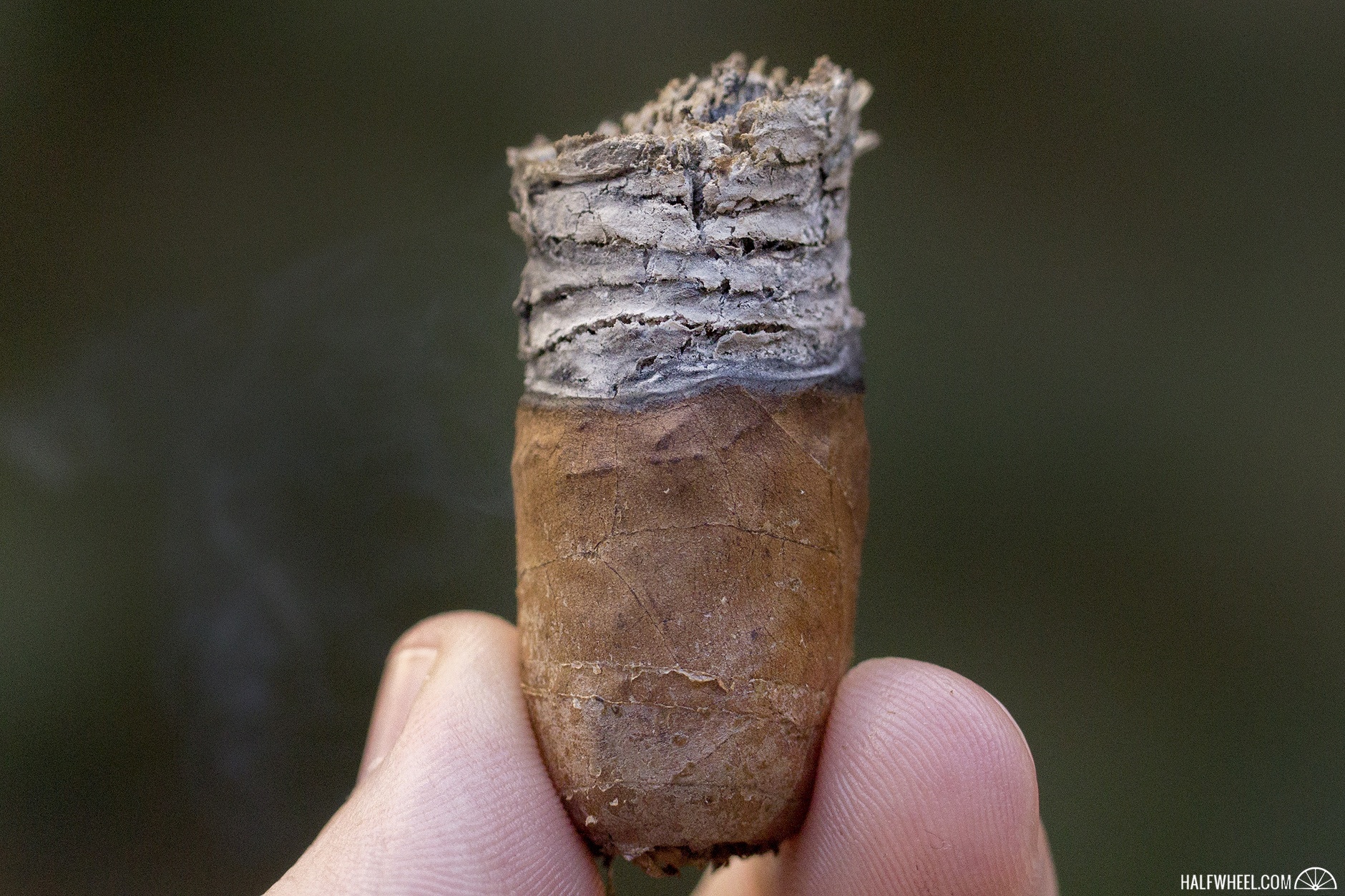 The Oscar Valladares Ciseron Edition presents a unique challenge of trying to get a score to match up with what the cigar offers, and here's why: on its own, each cigar is good and plenty enjoyable, and while it avoids any low points, it seems to eschew any high points as well. The middle third is good if remarkably forgettable, simply because it is familiar and palatable, to the point where it loses my attention. The first and final thirds are much better and carry much of the flavor, strength and aroma, and in turn rack up much of the points for the cigar. Yet after smoking three, I have nothing but good things to say about it. Each one is clean, balanced, burns incredibly well, and left me with a positive impression, so much so that I'd easily smoke more. Prior to this being published, I don't know what the score will be, though I know it's likely not the accurate representation of this cigar that I want it to be.