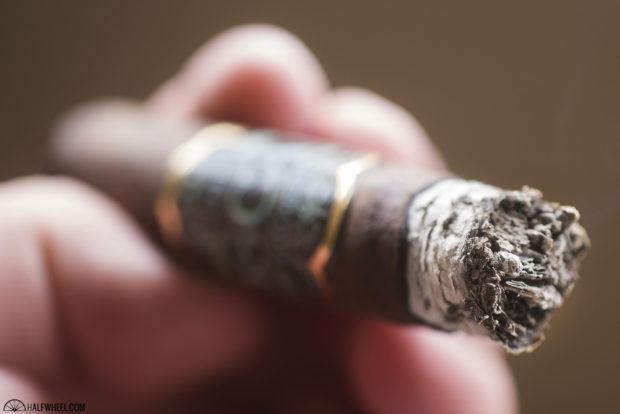 There have been many gimmicks in the cigar industry over the years; some help to actually sell those cigars and some just help to make the discount bin look slightly more interesting.

One of the best gimmicks I have seen is with the Leaf by Oscar, which are are made by Oscar Valladares for “Island” Jim Robinson’s company and are completely wrapped in a separate leaf of tobacco that you have to take off before you see the actual cigar underneath. There are actually a number lines produced by Oscar Valladares Tobacco & Co. that incorporate this feature, and it is unique in the cigar industry, at least at the moment.

During the 2017 IPCPR Convention & Trade Show, Oscar Valladares Tobacco & Co. introduced a new line with the feature named The Oscar Maduro. As the name suggests, the cigar incorporates the same Honduran binder and Honduran and Nicaraguan filler tobaccos as The Oscar, but replaces the original blend’s Ecuadorian habano wrapper with a Mexican maduro leaf from the San Andrés region. In addition, the new line was introduced in the same three vitolas and prices as the original line, and were packaged in the same 11-count boxes that resemble cigar molds.

There are three vitolas in The Oscar Maduro line so far. 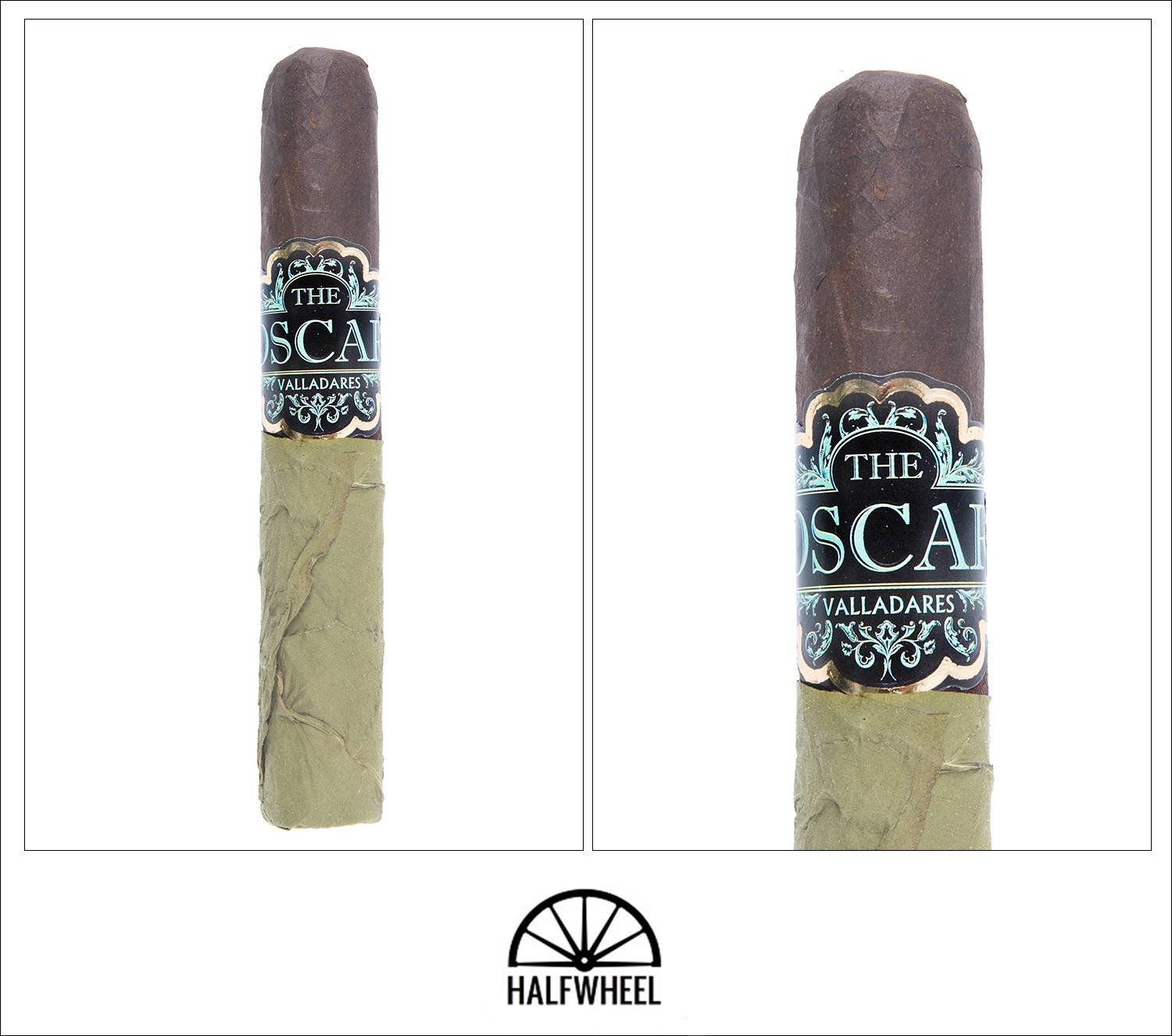 The Oscar Maduro Robusto is extremely interesting visually, with a light blue on back band and a candela tobacco leaf covering the bottom two-thirds of the cigar. Once I take off the cover leaf, the wrapper underneath is a dark espresso color with quite a bit of tooth and plenty of overt veins. Aroma from the wrapper is a combination of cinnamon, sweet cedar, earth, dark chocolate, leather and manure, while the cold draw brings flavors of sweet cream, cedar, leather, hay and raisin sweetness.

Starting out, The Oscar Maduro Robusto features dominant flavors of bitter espresso beans and salty peanuts, interspersed with notes of hay, oak, barnyard and sweet milk chocolate. There is some of the sweet cream from the cold draw on the retrohale, but it is not as strong of a note, and seems to be dispersing as the first third burns down. In addition, I notice a nice amount of white pepper on the retrohale, as well as a touch of spice on my tongue, both of which seem to be slowly increasing in strength. The draw is excellent so far after v-cut, but the burn has to be touched up a couple of times right out of the gate to keep it from getting out of control and the smoke production is about average. Strength-wise, The Oscar Maduro ends the first third well short of the medium mark, although it is obviously still increasing. 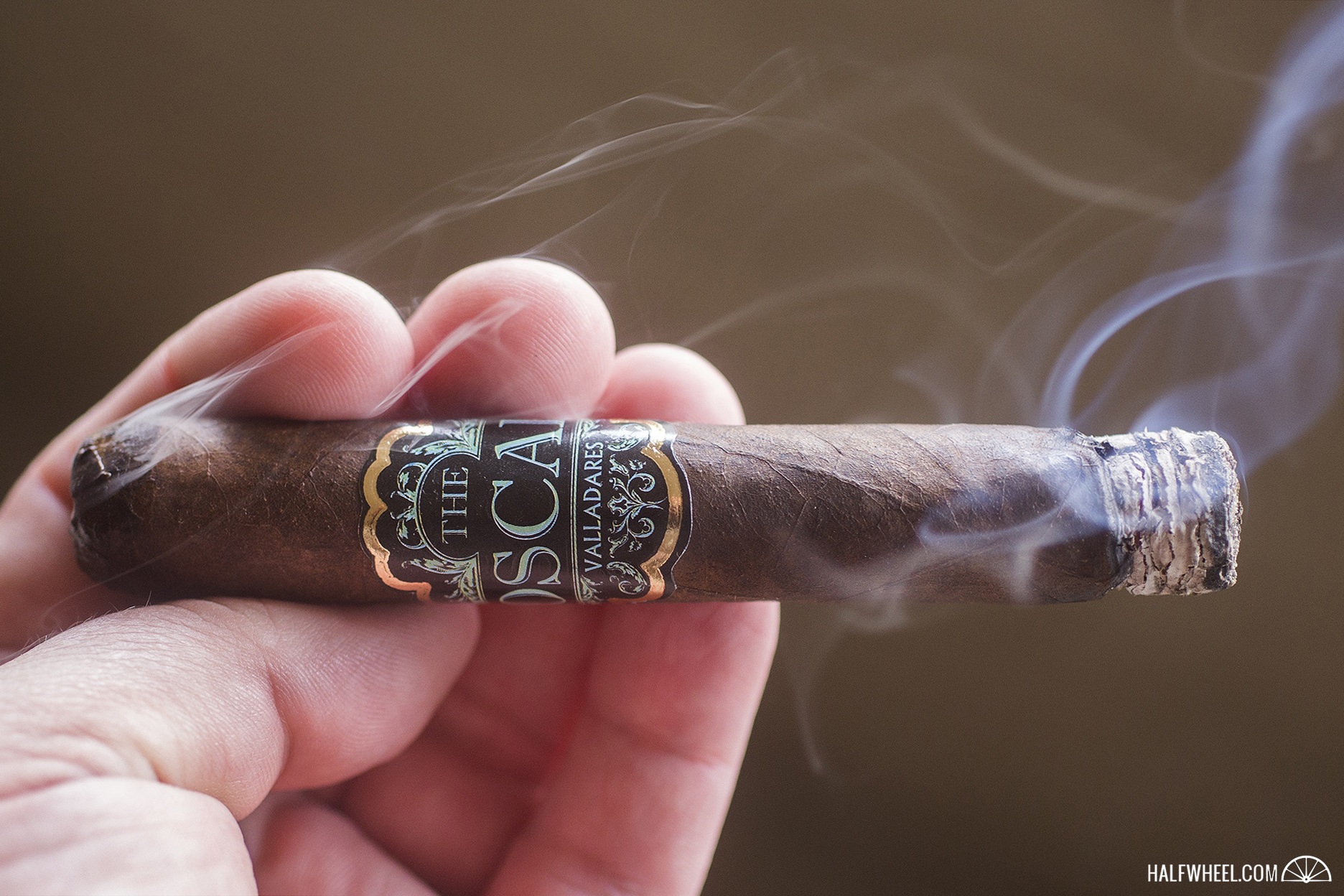 As the second third begins, the profile of The Oscar Maduro Robusto becomes noticeably creamier, with a touch more oak in the mix, but the dominant flavors are still a combination of distinct bitter espresso and salted peanuts, with other notes of leather, hay, earth and yeast flitting in and out underneath. Sadly, the sweet cream note from the cold draw and the first third disappears by the halfway point, although the milk chocolate sweetness has stepped up to fill the gap and the white pepper on the retrohale has remained fairly constant. Construction-wise, the draw is still excellent. While the burn is also still far from razor sharp, it is also not bad enough to touch up. While the first half of the final third continued the trend of the first two thirds, unfortunately, the last half of the final third is where the profile of The Oscar Maduro Robusto falls apart a bit. The flavors become increasingly less distinct and the profile becomes harsher on the finish. I can still taste espresso beans, hay, cinnamon, oak and leather, but the milk chocolate sweetness that was so prevalent in the first two thirds decreases noticeably. The burn evens up nicely and the draw is as good as it has been. Strength stalls at a solid medium as I put the cigar down with less than an inch left. 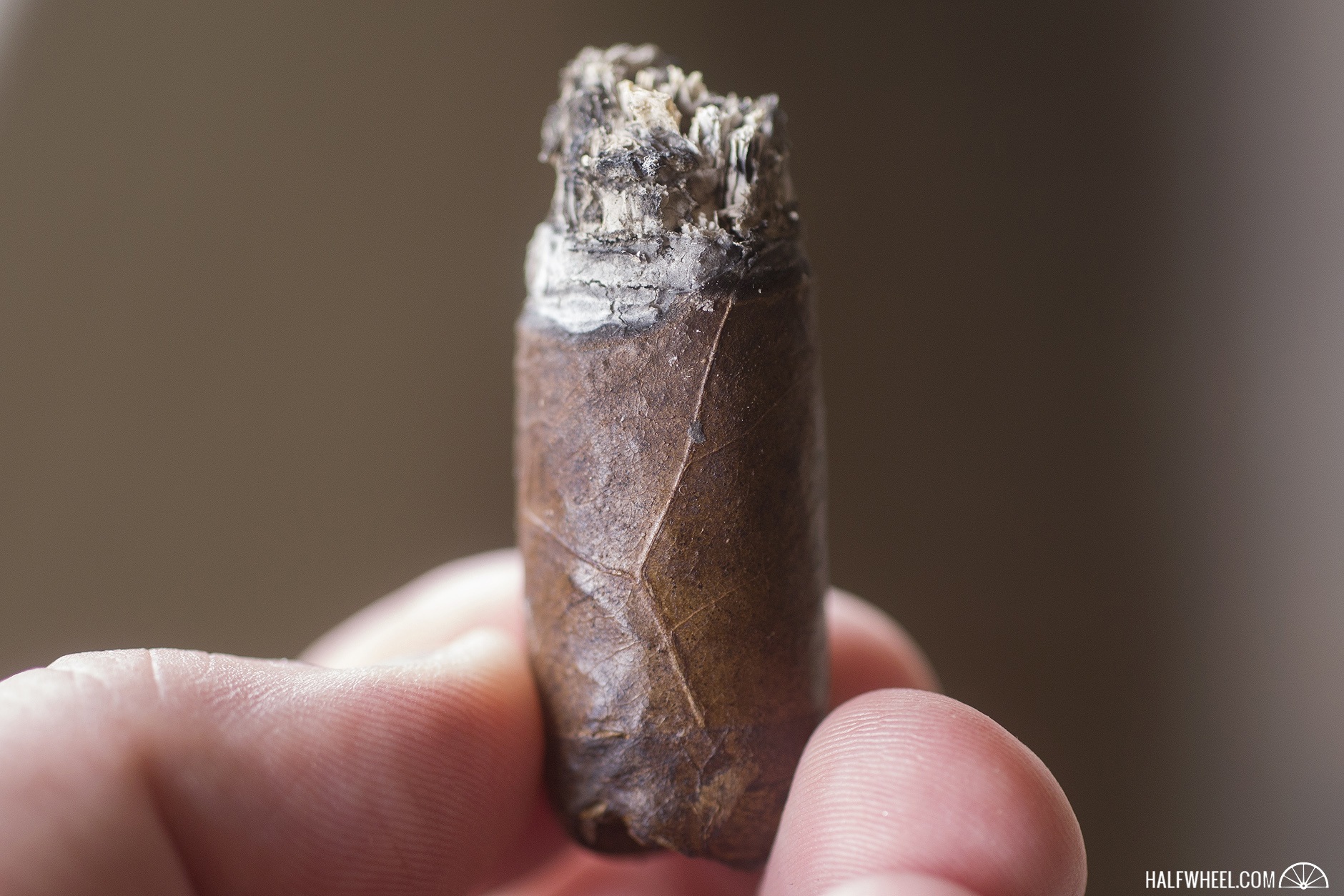 I have really loved a couple of the cigars that Oscar Valladares & Co. produces, with the Leaf by Oscar Lancero at the top. While The Oscar Maduro Robusto is not on the same level as those cigars, it is a bright and flavorful blend with excellent construction and a nicely complex profile, at least until halfway through the final third. Yes, the habano-wrapped The Oscar is a better blend, but The Oscar Maduro is a very good cigar that is easy to recommend, even at the price it is selling for.