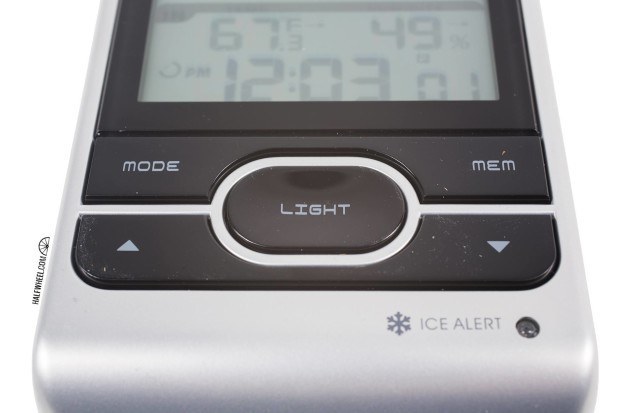 When XIKAR released the PuroTemp Wireless Hygrometer system I became intrigued with the other options offered by companies who don’t primarily market to cigar smokers. I ran across a handful of systems—including a variety from Ambient Weather, like the WS-10—and others from La Crosse Technology and a company called Oregon Scientific.

I ended up settling with the Oregon Scientific BAR208HGA ($49), a system that seemed pretty similar to the XIKAR, although with one major feature difference. Both systems are sold with one base unit and one sensor. You can upgrade both systems to feature up to three remote sensors, but the Oregon Scientific’s base unit also serves as a hygrometer, whereas the XIKAR’s will just display remote temperature and humidity readings. 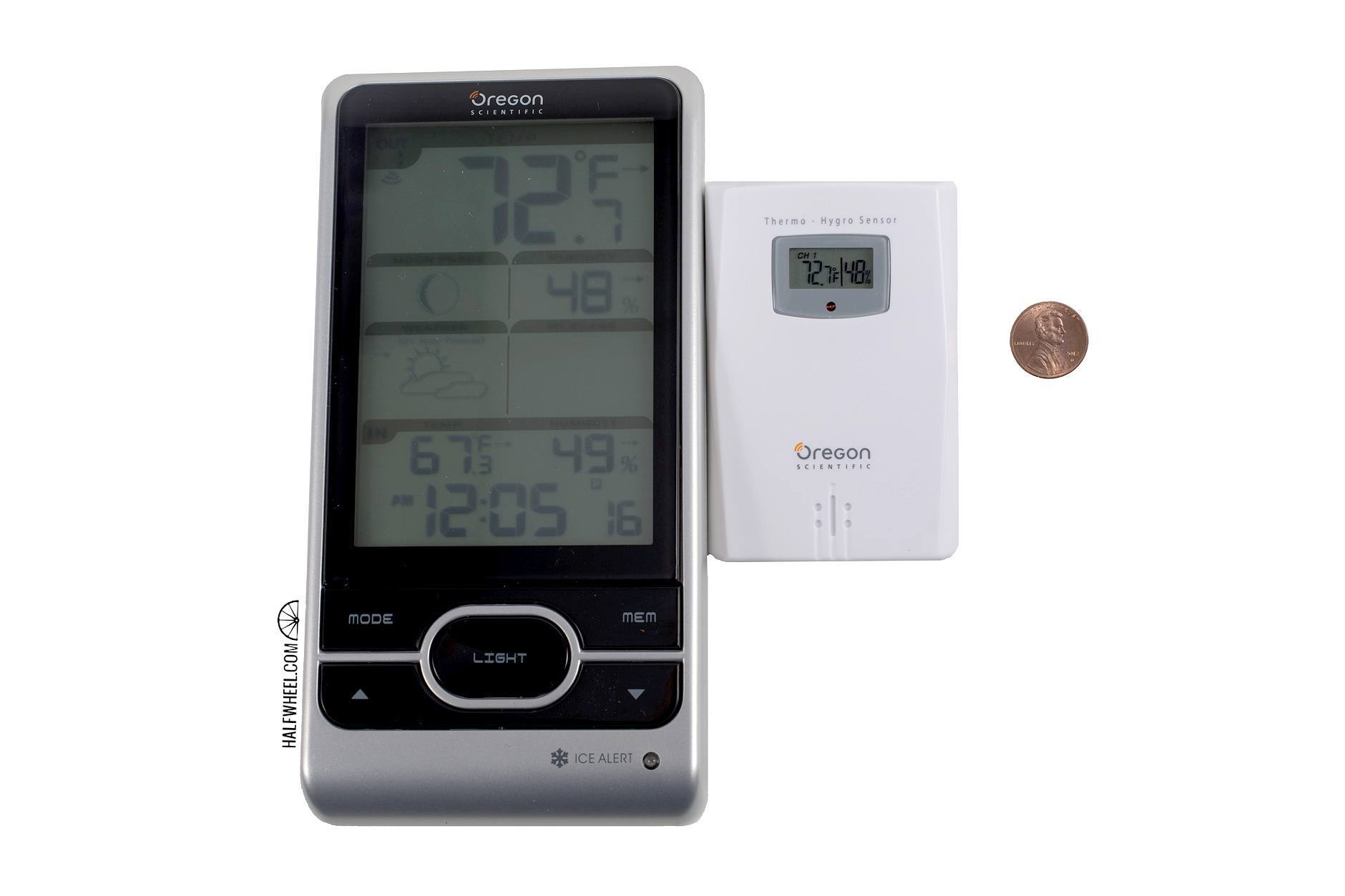 Out of the box, it seems clear that the system was made to be put on a nightstand. There’s a large base unit measuring 7 1/8 inches tall, 3 5/8 inches wide and 1 7/8 inches deep. It’s largely consumed by a screen, which shows the remote temperature—displayed with a single decimal—as its biggest reading with moon phase, remote unit humidity—displayed without a decimal—some sort of 12-hour weather forecast, and a “message” box for warnings.

Towards the bottom of the screen the temperature, humidity and time are displayed for the base unit. The time also can be changed to show a variety of calendars. Below the screen are five buttons: MODE for adjusting settings; MEM, which can be used to show minimum and maximums for temperature and humidity readings; a button to activate the backlight on the main unit and up and down arrows for quickly cycling through remote units as well as changing the time.

There’s a small light for an “ICE ALERT” to display on the bottom right below the buttons. It’s not the prettiest thing in the world with a weird olive-tinted silver shell and black plastic buttons, but all of the numbers are displayed cleanly. One nice feature is that the three AA batteries that power the unit and the angle textured mean it stands up a lot better than other hygrometers. 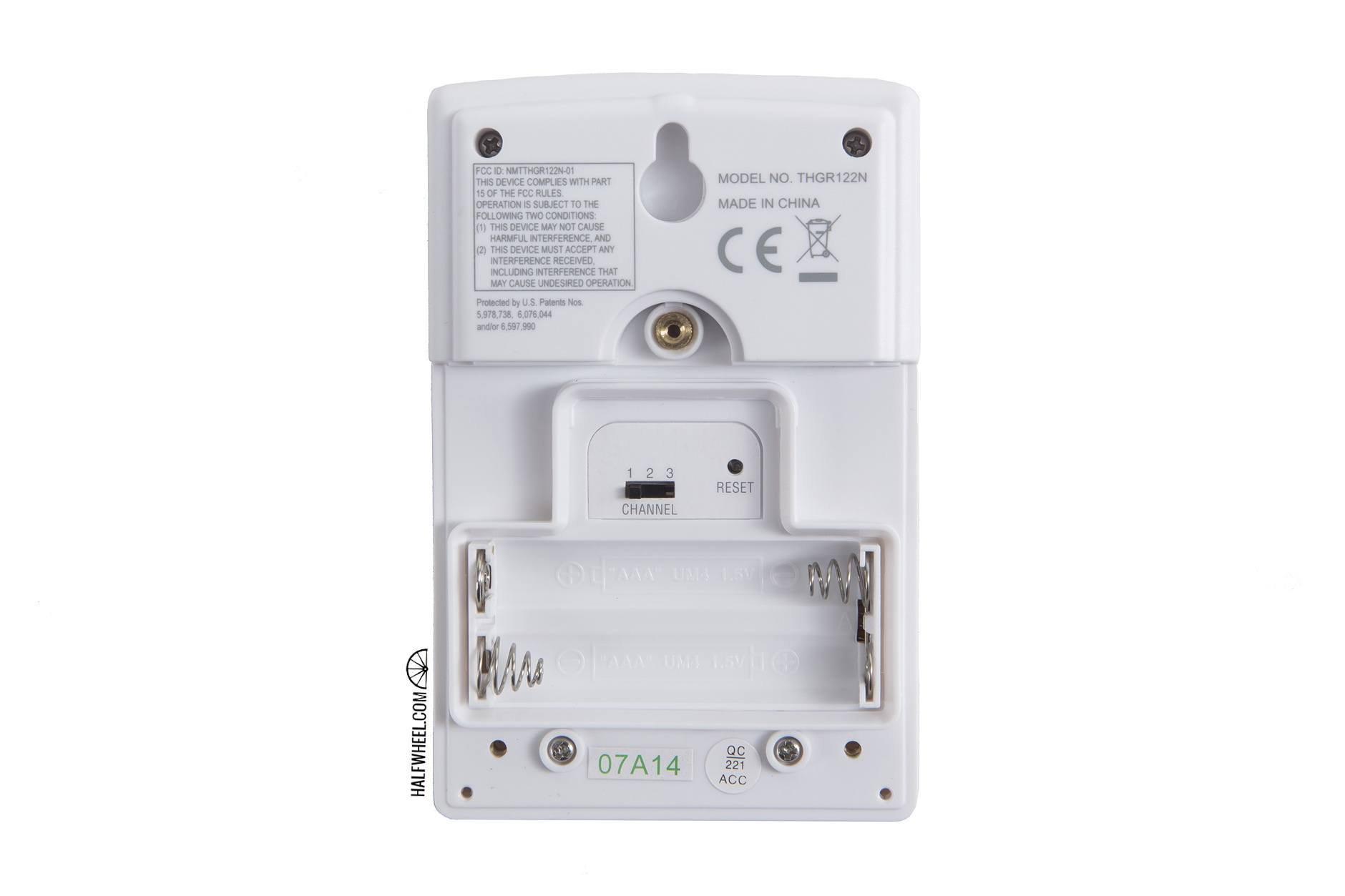 The remote unit measures 3 7/8 inches x 2 x 3/8 inches x 1 7/8 inches. It features a smaller screen which displays temperature, humidity and the channel number. It’s powered by two AAA batteries which require three Phillips screws to be undone for installation and replacement. In the battery carousel is also a small knob to change the channel for the receiver. Also on the back is a mounting hook for those wanting a more permanent approach to the base units.

As for the performance, both measured humidity and temperature well within an acceptable range—plus or minus one degree or relative humidity percentage—although both were slow to changes in the environment. The base unit in particular took well over 10 minutes to catch up with other hygrometers, including the remote unit, when it was moved from one area to another. In regards to range, it passed my normal test of about 50 feet and a few walls and didn’t seem to interfere with the other two wireless hygrometer units I have running at the moment. For the record, Oregon Scientific claims a range of 98-feet.

Other than that, it’s pretty much the same as most other units. It can display the temperature and humidity, maximum and minimums levels for both the base unit and each individual remote unit. Like most hygrometers, it updates its readings every minute, although unlike most units something is always changing because the clock has a seconds counter. This doesn’t really matter much unless you are like me and your base unit is on your desk and in your line of sight.

While the remote unit is about the same size as the other two systems I’ve tried, the base unit is about 40 percent larger than the XIKAR and Ambient Weather model. As long as you aren’t trying to put it in a desktop humidor, things should be okay, but it’s worth noting given just how much larger it is. 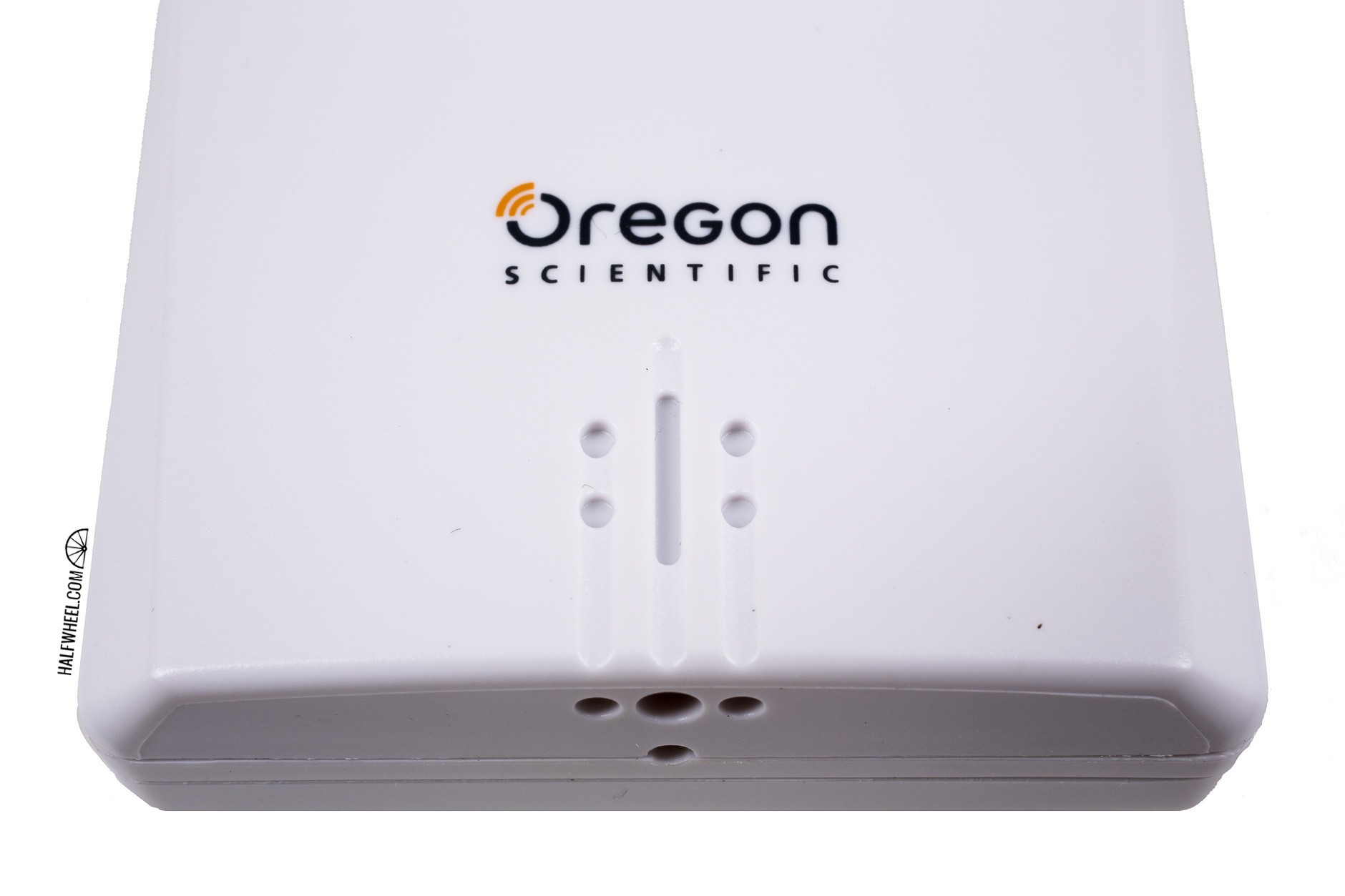 Oregon Scientific claims a one-year warranty, although I have no clue how that works because my unit has performed fine since I started it using it in March.

Not that it particularly matters for my use, but the weather display feature seems odd, as these predictions are made based on the data collected from the sensors, not through an actual weather service, but this doesn’t really have any effect on my use.

And perhaps that’s the best place to start. The Oregon Scientific BAR208HGA has the base station as a hygrometer and some helpful battery level readings on both the main unit and remote sensor, but then there’s moon phases and weather sensors that are completely unnecessary as far cigars are concerned. When I look at my desk, I’d much rather look at XIKAR’s PuroTemp as it displays a clock, a humidity and temperature reading. And that’s it. But the XIKAR is still missing a key feature in my opinion and for $30 less, Oregon Scientific will give it to me, and some other stuff.

For the most part, my stance on wireless hygrometers is pretty simple: the Ambient Weather WS-10 is the clear winner, unless you need—not want—to have the time displayed via your unit. The WS-10 is significantly cheaper, has much greater expandability and avoids the fluff of Oregon Scientific’s unit. But if you need to have the time displayed, the BAR208HGA makes a much more compelling case than XIKAR’s entry into the category.