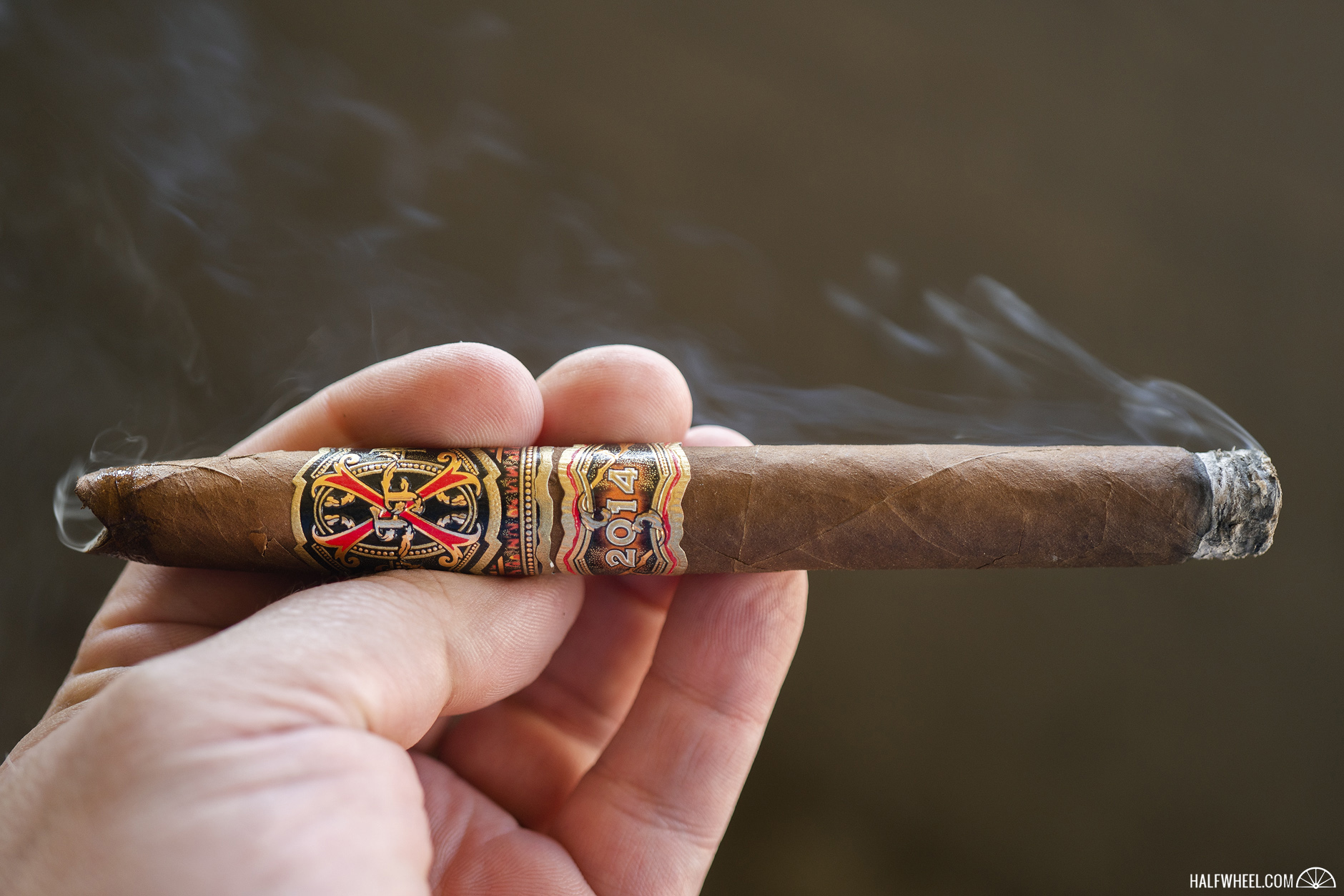 Back in May, Prometheus began shipping the newest incarnations of its OpusX Serie Heaven and Earth, which included one new blend as part of the four different releases.

That new blend is the OpusX Serie Heaven and Earth Rare Black, a lonsdale that features a unique cap that has previously been used for the Añejo 8-8-8 that debuted in 2014 as well as the OpusX PerfecXion 8-8-8 and the Purple Rain, both of which were first seen last year.

Although exact blend details for the Rare Black have not been confirmed, we do know it measures 6 7/8 x 44, each of which are priced at $45. As with the three other releases included as part of this year’s OpusX Serie Heaven and Earth Series—the other three are the Heaven and Earth Purple Rain (6 7/8 x 44, $45), Heaven and Earth BBMF (6 1/2 x 64, $75) and Tauros The Bull (6 x 52, $60)—the Rare Black is packaged in 10-count cigar boxes which Prometheus describes as “travel humidors.” The Heaven and Earth Series launched in 2017 and has been expanded with new vitolas each year since. It’s part of the Fuente Aged Selection offerings, which are made by Arturo Fuente and sold through Prometheus. A portion of the sales are donated to the Cigar Family Charitable Foundation, a charity operated by the Fuente and J.C. Newman families that provides education for children in the Dominican Republic.

The unique open torpedo cap has been used on four different cigars so far. 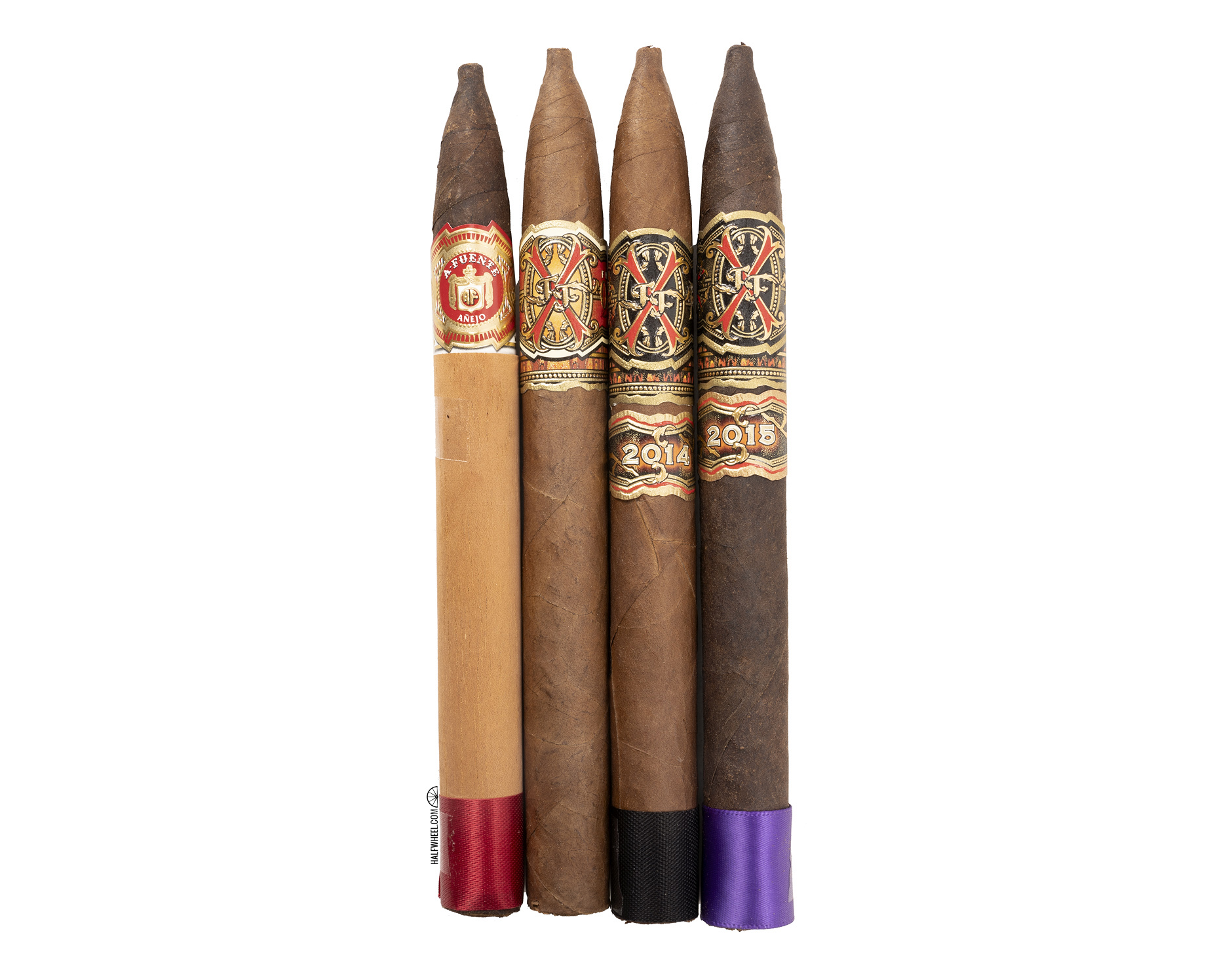 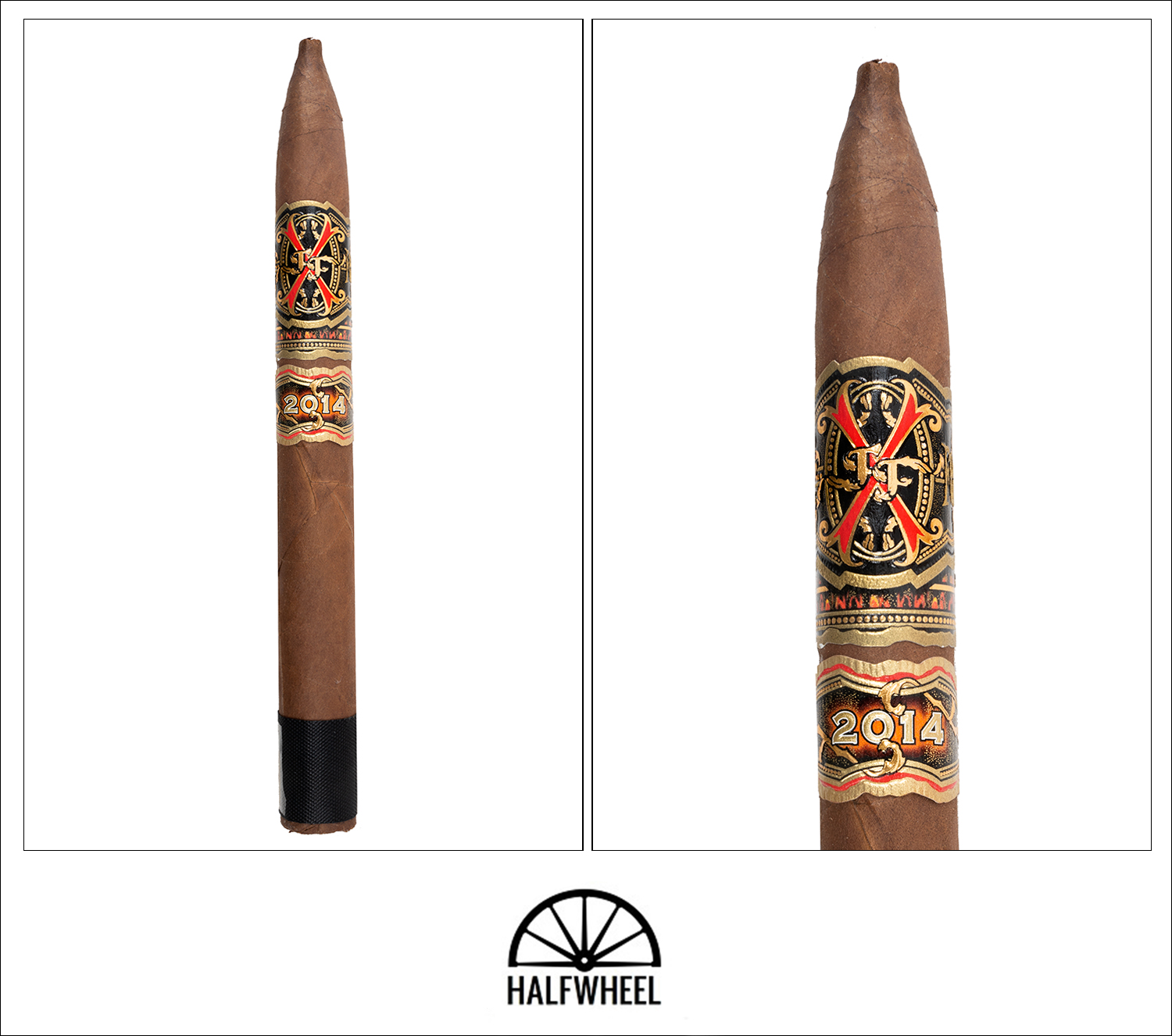 Covered in a milk chocolate brown wrapper, the OpusX Serie Heaven and Earth Rare Black is silky smooth to the touch despite the fact that there is very little visible oil. The cigar is quite firm when squeezed and there are a number of very prominent veins running up and down its length. Aroma from the wrapper and foot include notes of nutmeg, aged cedar, generic nuts, leather, earth and hay, while the cold draw brings flavors of cedar, toast, meat, dark chocolate, vanilla sweetness and slight peppermint bark.

The first third starts out quickly with a one-two punch of black pepper on the retrohale and spice on my tongue, although there are also notes of salted cashews, creamy leather, gritty earth, leather and cocoa powder. In addition, there is a very distinct bitter espresso flavor on the finish, along with some slight vanilla sweetness on the retrohale that is almost drowned out by the aforementioned black pepper. After a v-cut, the draw is excellent from the first puff with just the right amount of resistance and the burn is wonderful so far, while the smoke production is both thick and copious from the first few puffs. While the Rare Black does not exactly blow my head off in the first third, it obviously has plenty to give, and easily hits the medium mark by the time the first third ends.

There are significant changes in the profile of the Rare Black during the second third, starting with a noticeable reduction in both the black pepper and spice, which allows quite a bit more caramel sweetness to emerge and become a major part of the profile. Flavors of salted cashews and creamy leather dominant the palate, followed by lesser notes of earth, baker’s chocolate, cinnamon, hay and slight citrus. Construction-wise, both the burn and draw continue to impress, and while the strength has increased a bit, it still fails to get to the full mark by the end of the second third. While there are not as many dramatic changes in the final third of the OpusX Rare Black, the caramel sweetness on the retrohale continues to get stronger, combining nicely with the still dominant flavors of creamy leather and salted cashews. The spice that was so prevalent on my tongue during the first third is long gone by this point, and the black pepper on the retrohale is still noticeable, albeit not nearly as aggressive. Other flavors of cinnamon, dark chocolate, freshly roasted coffee beans, lemon peel and hay flit in and out as well, although none are even close to strong enough to threaten to take over as a dominant note. Overall construction continues to give me visually no issues—including an excellent draw and a burn that needs no attention—while the strength hits a point just south of the full mark by the time I put the nub down with less than an inch to go. Due to the high price, the OpusX name and the extremely limited supply, one of the main questions readers most like have is some variation of Is it worth not just the money, but the trouble it will take to track down? Well, at least in the case of the OpusX Serie Heaven and Earth Rare Black, I can unequivocally answer with a yes. Although there is very little sweetness in the first third—which is dominated by both black pepper and spice, along with notes of salted cashews and creamy leather—a rich caramel sweetness quickly becomes a major part of the profile as the second third starts and continues to gain strength and distinctness until the end of the cigar. This not only increases the complexity significantly but also really helps the overall balance of the blend, which does suffer a bit in the first third. The construction is excellent, the complexity is high and the balance is wonderful, at least after the profile calms down starting in the second third. Sure, the Rare Blacks cost a lot of money, but this is one of those rare times—no pun intended— that the price being charged is worth the product you are getting.