The latest batch of OpusX Serie Heaven and Earth is heading to select stores, with three returning releases and one new cigar. 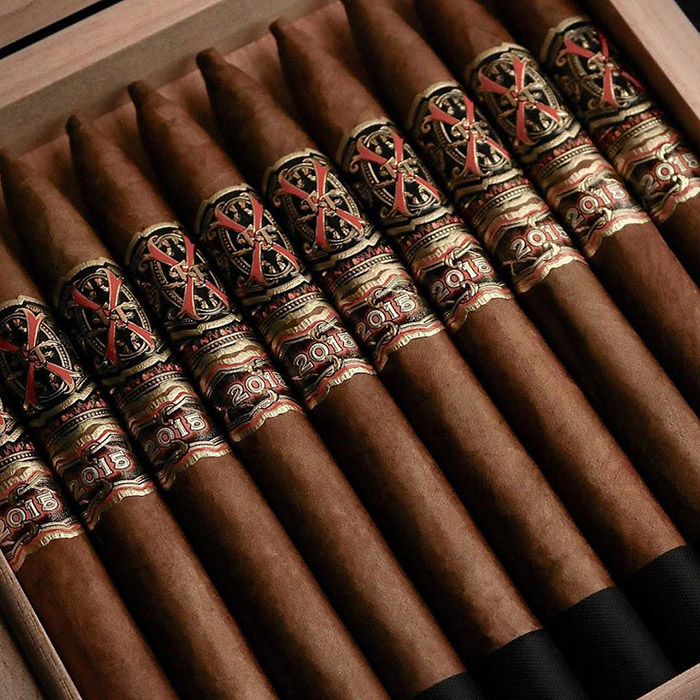 That new cigar is the OpusX Serie Heaven and Earth Rare Black, which appears to be a 6 7/8 x 44 lonsdale with a unique open torpedo cap. The shape is the same size as the OpusX PerfecXion 8-8-8, and Heaven and Earth Purple Rain, which debuted last year.

Both the OpusX Rare Black and Purple Rain are priced at $45 per cigar and sold in travel humidors in 10.

There are 200 humidors of each of the four cigars shipping as part of the May 2019 release.

The Heaven and Earth Series launched in 2017 and has been expanded with new vitolas each year since. It’s part of the Fuente Aged Selection offerings, which are made by Arturo Fuente and sold through Prometheus. A portion of the sales are donated to the Cigar Family Charitable Foundation.

Keith Park of Prometheus told halfwheel that the cigars will be shipped to the top 150 Fuente Aged Selection accounts.