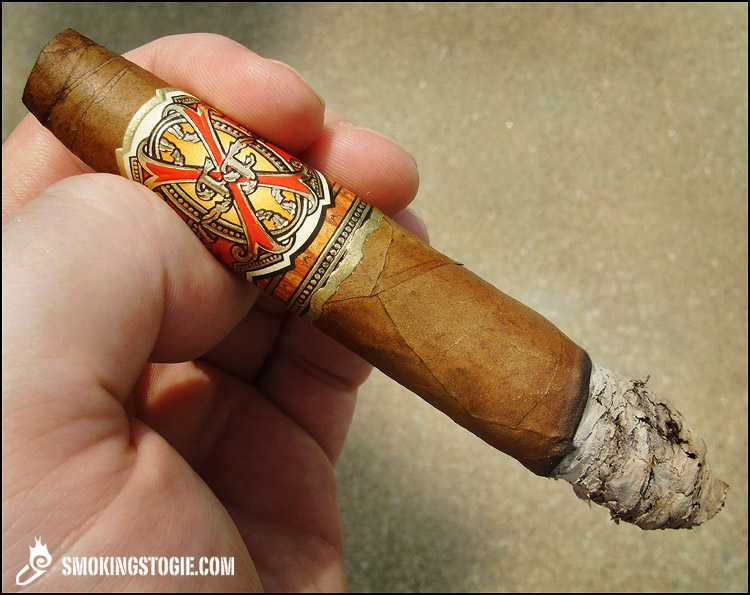 In 2004, Arturo Fuente teamed up with Prometheus to introduce the OpusX 22 box set. The set included 22 OpusX cigars, one of which had never been officially sold in retail settings before, the Fuente Fuente OpusX Chili Pepper. Various occasions had seen the cigar handed out privately, but it had never been offered for sale before. The cigars in the 22 Box all come in their own individual coffins and are wrapped in cello with the name of the cigar on the cellophane.

In 2005 they started putting more unreleased cigars in the set and also added a second band to signify the date. Interestingly, the Chili Pepper and the ForbiddenX Lancero are the only two cigars that have been in every OpusX 22 Set release. 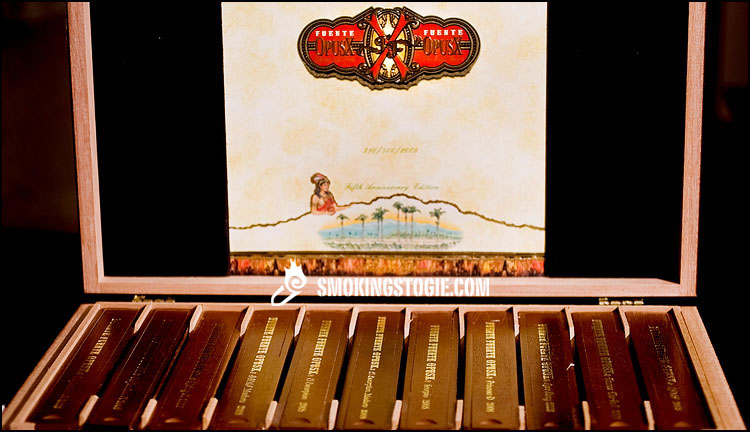 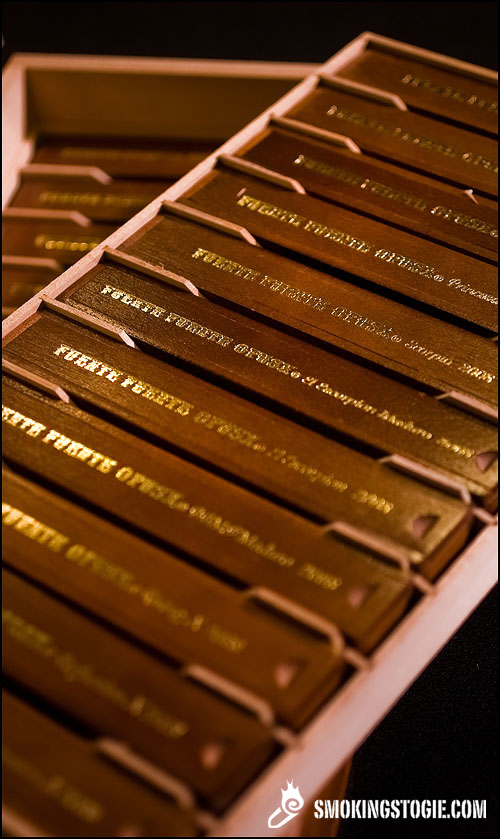 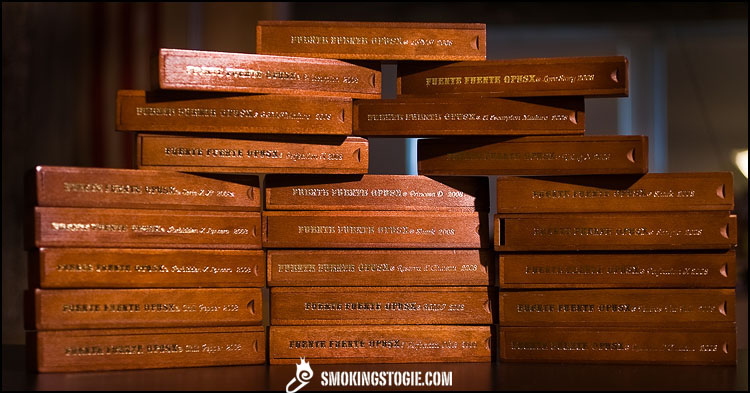 Today we will be reviewing the Chili Pepper: 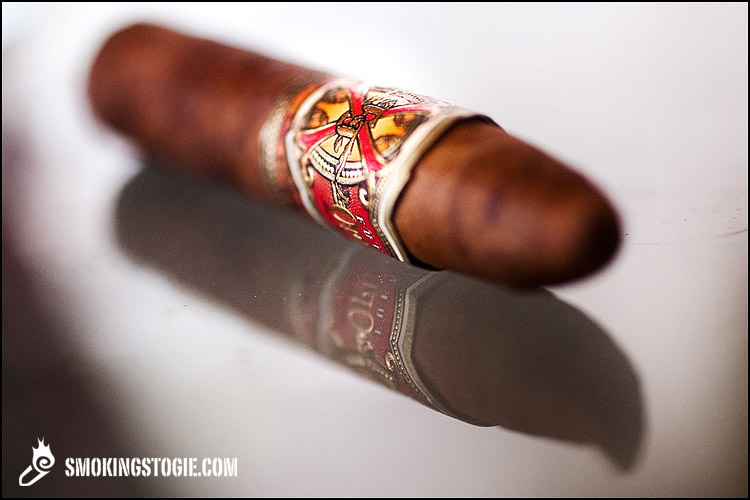 If the OpusX 22 set is a little to rich for your blood, it is for me, you can track down the OpusX Chili Pepper at Casa Fuente in Las Vegas. If you are lucky you can also spot these beauties at the Holt’s store front in Pennsylvania. The ones sold currently at Casa Fuente just come in a plain cellophane wrapper and they do not have the second band like the ones in the OpusX 22 set. There is also from time to time a ForbiddenX Chili Pepper with a black band sold there however it’s the same cigar just a different band. Although I have seen them at different B&Ms for around $40, expect to pay about $75 at Casa Fuente for one of these. 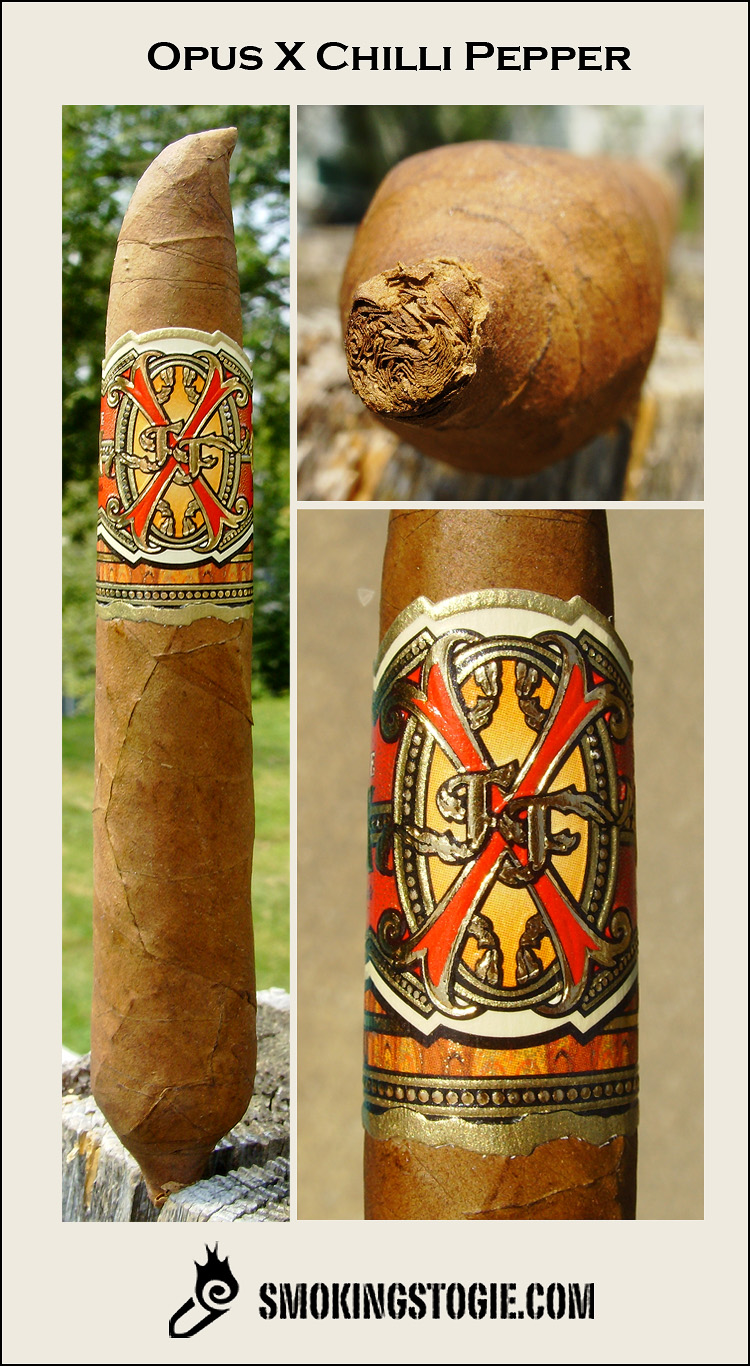 This cigar is extremely unique looking. In fact, ironically, it looks like, well, a chili pepper! It actually just looks like a Hemingway Best Seller with a curved point at the head! It’s a very nice cigar and it looks like someone took great care in making it. It has your typical OpusX Rosado wrapper, and it has a very smooth feel to it. The cigar has literally no veins or blemishes whatsoever. It also has a very firm pack and is quite heavy for its size. Despite its price tag the cigar is actually much smaller than I anticipated.The prelight aroma is quite sweet and it has a very pungent tobacco smell. It smells of quality tobacco, cedar and a touch of cinnamon. The prelight draw brings on flavors of cinnamon, pepper and an overall sweet tobacco taste. One of the better prelight combo’s I have had in a while.

The first third opens up very dry and woody. This only lasts for a bit during the very beginning. Once the cigar opens up to the thick bulb part the flavors get much better! I got flavors of wood, cinnamon, pepper and a good amount of spice through the nose. The burn starts off poor and I am forced to touch it up a bit.

Coming into the second third the cigar settles down perfectly. The spice has mellowed and what follows is a nice cedar flavor with touch of cinnamon and a nice pepper on the finish. The flavor profile has turned very creamy as well and I can also feel nice oil on my lips with every puff. It has a very smooth finish and loads of smoke output and I have to say that I am thoroughly enjoying this cigar. 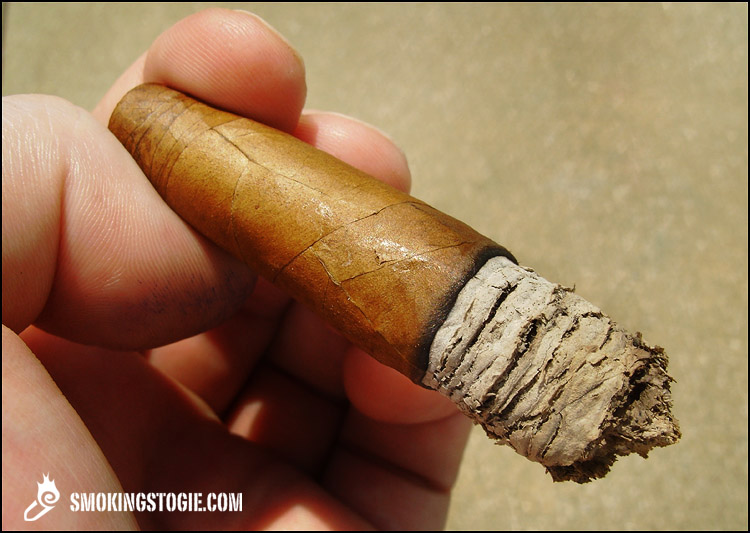 Finishing up in the final third the flavor profile has changed up a bit. I still am getting that nice cedar flavor that has been in the forefront from the start but the cinnamon flavor has disappeared completely. In its place comes a gorgeous leather note. Right off the bat it reminded me of when I was little and I used to chew on my baseball glove strings during a game. That sweet leather flavor that is just out of this world. There is still a pleasant pepper flavor on the finish that is fantastic as well. Creamy, cedar, leathery, and pepper; is there anything better? 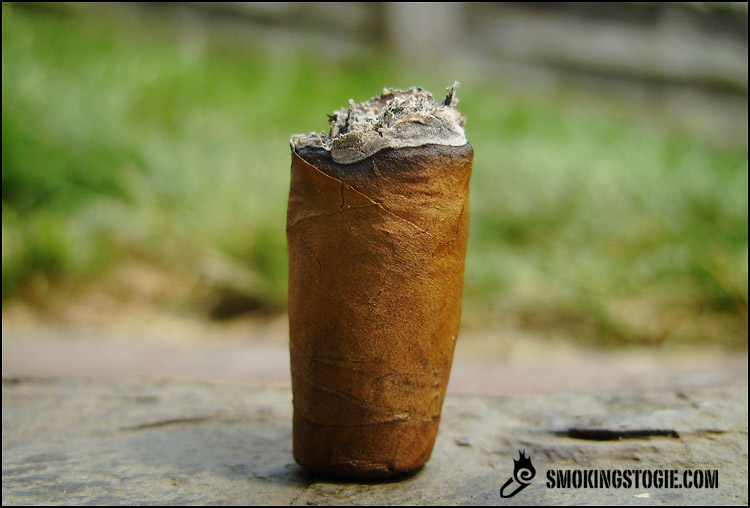 This cigar just smoked beautifully and had all the things I love about an OpusX cigar: great flavors, a long peppery finish and an extremely complex flavor profile. That woody, cinnamon leather flavor combo is just awesome and I honestly can't get enough of it! Then you add a nice pepper finish and you have close to a perfect cigar. The main question you are probably asking is: is this cigar worth $75? No, but then, what cigar is? But if you happen to go to Casa Fuente and happen to see this cigar, you should seriously think about buying one. This cigar, with its obvious quality construction and flavors, mixed with the Las Vegas atmosphere would be an epic experience.