Battleground Cigars has a pair of new releases that will be unveiled at the IPCPR Convention & Trade Show: a new take on the popular Old Powder Keg line called OPK Fire, and a new line called Havannah. 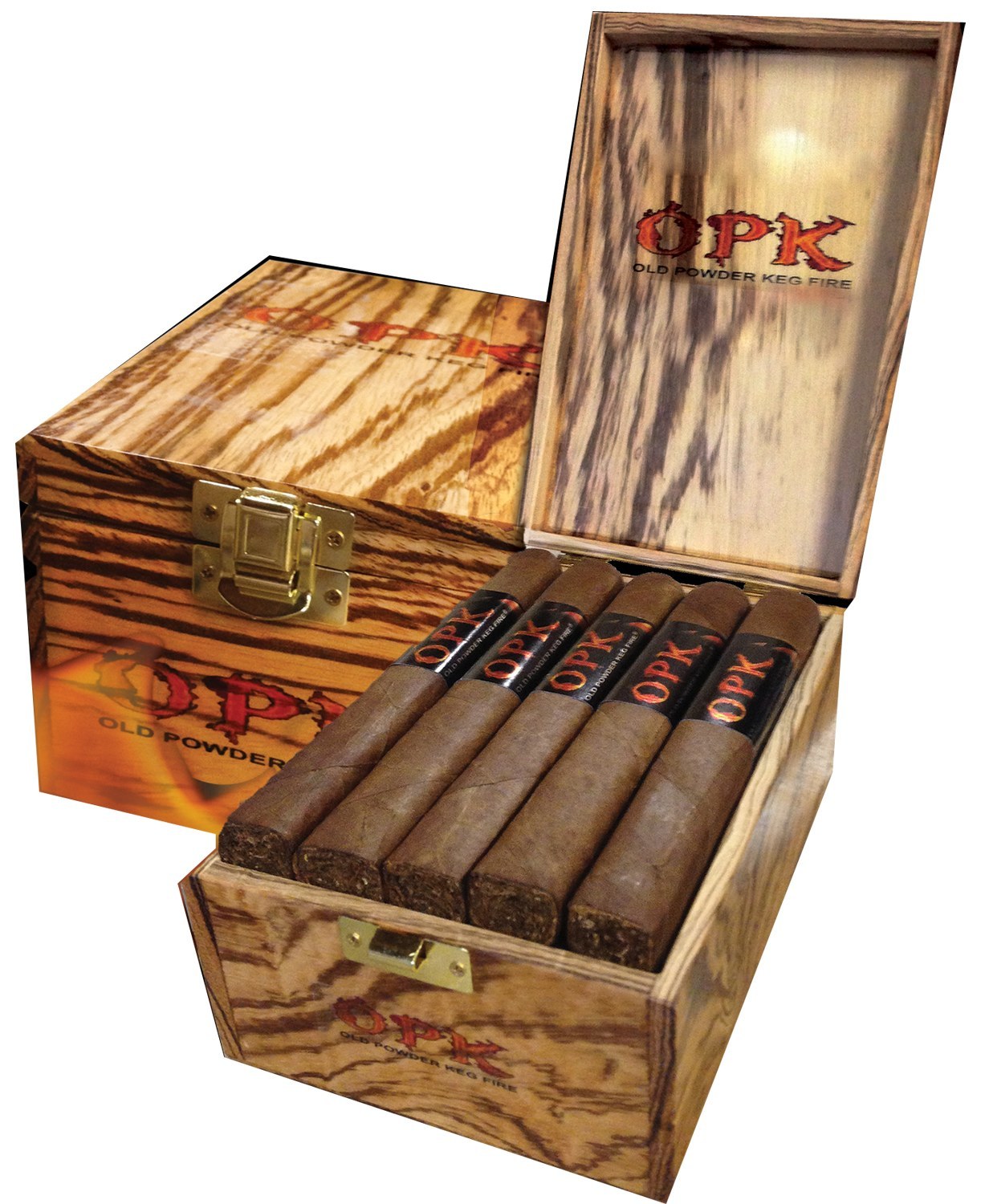 The OPK Fire uses an Ecuadorian corojo wrapper and binder, with a filler blend of seco and ligero from Nicaragua’s Jalapa Valley and viso from Estelí, Nicaragua.

It’s being released in a pair of box-pressed vitolas, a Robusto (5 x 52) and Torpedo (6 1/2 x 52), both of which come in 25-count boxes. Pricing has not been released by the company yet. The cigars are being made at an undisclosed factory in Nicaragua.

Mike Tarnowicz of Battleground Cigar told halfwheel that it will be a regular production cigar and will be ready for shipment immediately following the trade show.

He also mentioned that the company hopes to have samples of its other new cigar, Havannah, available for retailers to try. It’s a 6 1/2 x 56 Honduran puro that is described as medium bodied and highly aromatic, and will have an MSRP of $8 per stick when it arrives in stores. A shipping date hasn’t been set yet, but it will be at least six to eight weeks after the trade show.