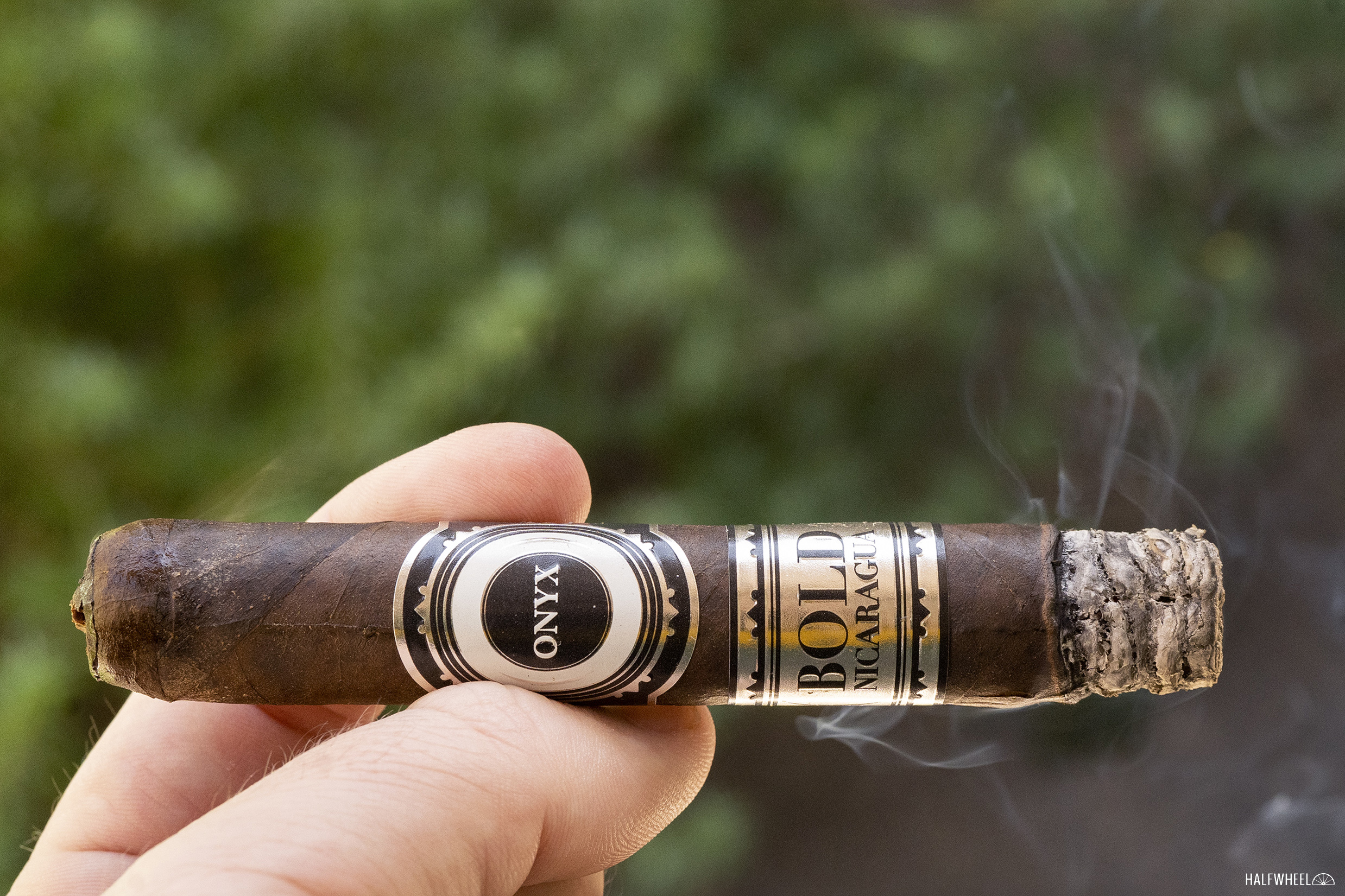 While many cigar brands and companies have a handful of lines, maybe even enough to get into the double digits, the portfolios of the biggest companies are a completely different reality.

In the case of Altadis U.S.A, there are roughly 20 brands in its portfolio, from the heavy hitters such as Montecristo and Romeo y Julieta, to the smaller brands like Don Diego and Gispert. If you follow the new releases of such companies, the pattern is pretty easy to predict: there will always be something new for the big brands, and then without fail one of the smaller, struggling brands will get a big push. In recent years, there have been pushes to build up Henry Clay, Trinidad, Gispert, and now it appears to be the Onyx brand’s turn.

In 2018, the Onyx Reserve line got an updated look, changing the bands so the brand’s name was now horizontal instead of vertical, making them circular, and adding a gold foot band to dress up the presentation a bit. The one thing that didn’t change was the blend of the cigar, and there was no new line released to celebrate the new look.

Two years later, that new cigar would arrive by way of the Onyx Bold Nicaragua, and once again, the company would turn to Abdel Fernández for his blending expertise in helping reinvigorate the brand as well as to produce the cigars.

The new line uses a Mexican San Andrés wrapper over a Nicaraguan binder and Nicaraguan fillers. It will be offered in three sizes:

Additionally, the Onyx Bold Nicaragua eschews the gold trim of the Onyx Reserve in favor of a black and silver presentation. It also wear a fairly bold secondary band that helps clearly distinguish it. 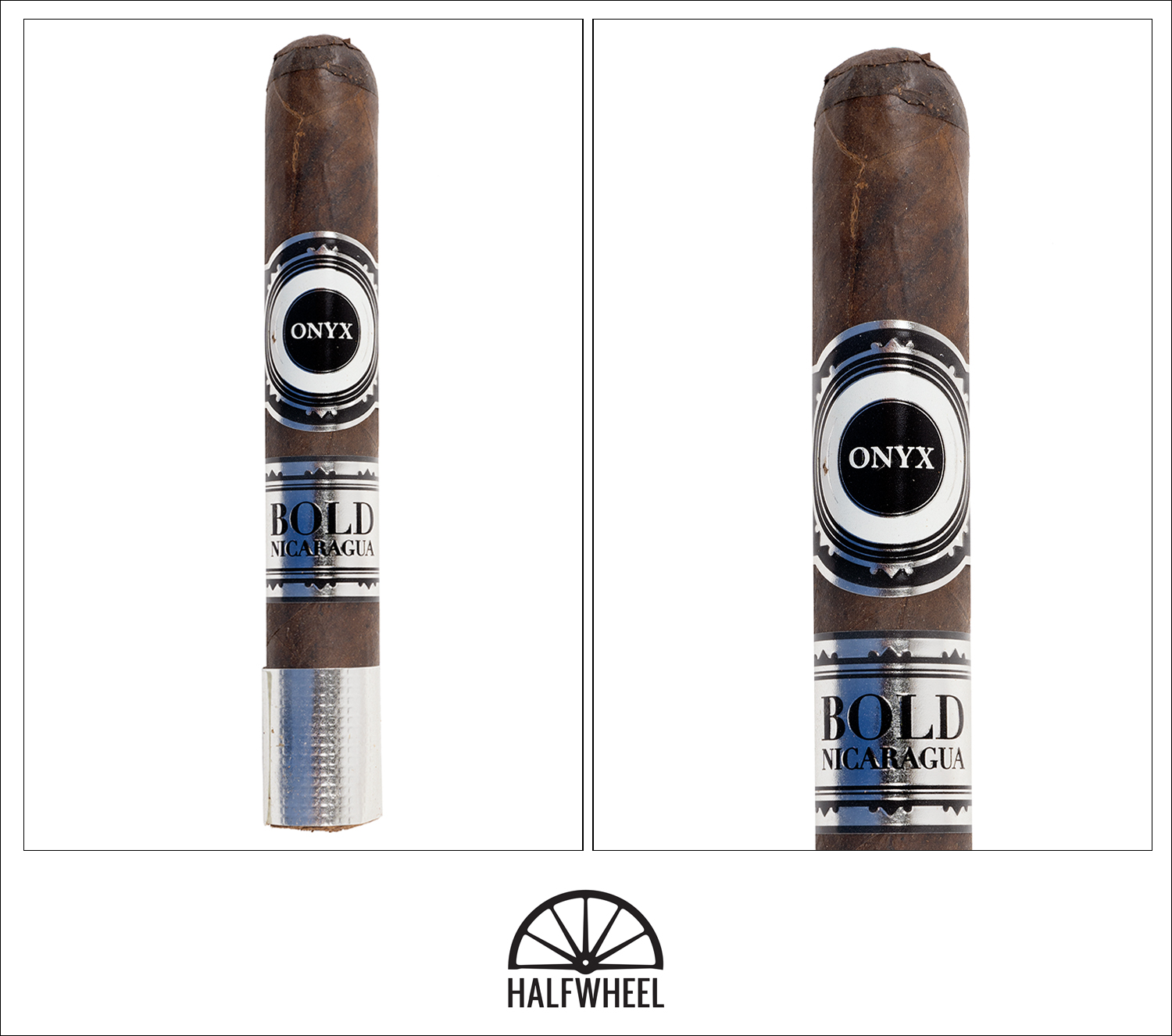 While each Onyx Bold Nicaragua is dressed with the same three bands, it creates a fairly busy presentation in the robusto vitola. The lower inch is covered by a silver paper band embossed with a repeating pattern of very small squares. There’s a sliver of tobacco visible above that and below the second band that indicates that this is the Bold Nicaragua line, and another sliver between that and the main band, which seems like its sitting lower on the cigar than what would be typical. That leaves just over an inch of the very dark brown wrapper leaf visible, and given how good the leaf looks, I wish I was seeing more of it at the moment. It has a smooth, almost waxy texture to it, as well as a very fine grit on the fingers. Veins are very small and the color is generally even, making for a very uniform presentation. Even with a bit of a press, it’s still a rather firm cigar, showing little in the way of give when squeezed. The foot offers a bright and peppery aroma that immediately tingles the nostrils. There’s an underlying sweetness that reminds me of a concentrated creme brûlée aroma, a mix of sugar and custard that is an impressive surprise, while toast, a bit of chocolate, earth and coffee grounds fill in the background. Air moves well on the cold draw while flavors are mellower. There’s less of the custard base—though enough to be perceptible—as well as less pepper. What does come along is more chocolate, just slightly bitter but very enjoyable, and almost taking on a liqueur sensation.

The Onyx Bold Nicaragua Robusto opens up with a bit of pepper on the palate, with a very light and slightly damp woodiness behind that, a mix that is familiar if not quite established. Where the cigar is immediately rewarding is through the nose, as an early retrohale offers clean and bright pepper that gently tingles the nostrils. While I’m hesitant to call it a bold start, it is definitely engaging, as well as balanced and focused if occasionally robust. A bit of earthiness comes out towards the one-inch mark, reminding me a bit of burnt ends, leading with the char and enhancing with just a bit of meatiness. There’s a little bit of irritation beginning to emerge towards the back of the throat, a gruff coffee-like note and something that I hope is passing as it’s the first and real only criticism of the blend so far. The technical performance has been very good if not excellent, while flavor is medium-full, body is a thin medium and strength is a solid medium. The second third of the Onyx Bold Nicaragua Robusto starts with a decidedly more wood-forward profile, offering a still slightly damp oak that doesn’t quite dry out the mouth as much as some other expressions do. White pepper has moved into an accent role and it seems that the overall body of the cigar has lightened up a touch. One of the more notable differences I find between the samples is that body, and when it’s fuller, the cigar is definitely better for it. Retrohales continues to be one of the high points, delivering a clean, potent black pepper that gives the overall experience another layer of complexity. The earthiness picks up a bit more robustness across the midway point, an interesting contrast to the retrohale and one that gives the profile a somewhat new track. It may be the first time when I can truly call the profile bold, even if that means it’s more aggressive than it was in the first half. The technical components are all still doing well, while flavor has bumped up a bit and is a robust full, body is medium-full, and strength is medium-full and seemingly building. There is still an aspect of the cigar’s body that feels lacking, as it seems a bit thinner than it could be, as well as maybe it should be given the cigar’s bold name. It is definitely better than the first third, but I think it could still progress a bit more. The robustness of the second third continues at a lesser level, with a bit smoother profile that only occasionally flirts with some increasingly mineral flavors. Thankfully, a bit of creaminess helps to balance that out and once again shifts the profile enough to be noticeable. Black pepper comes along in the final inch to provide a subtle tingle to the lips, further expanding the physical sensations that the cigar offers. It also continues the evolution of the cigar into its bold name, with the flavor finishing full, body medium-full, and strength now squarely in full territory, with the cumulative effects of nicotine being felt pretty clearly. I'm big on trying to read into the names of cigars, and in the case of Onyx Bold Nicaragua, the latter two certainly mean more to most consumers than the first. The blend does a good job showcasing the Nicaragua part of the name, albeit it with a Mexican San Andrés wrapper that seems to complement more than deliver its own distinct characteristics. The bold part of the name is generally applicable, though it takes the entire length of the cigar to fully earn it. But the real question is does this cigar do anything to help re-establish the Onyx name? If you like a robust, full-bodied profile, the answer could very well be yes. The blend is remarkably enjoyable in its first half, as the flavor is clean and balanced, teasing strength but letting pepper and earth establish and build the foundation of the profile. Each subsequent puff continues that trend, and while an individual puff may bring on a bit of harshness or overt robustness, the overall result finds a way to stay palatable until the very end. This certainly isn't going to be a cigar for everyone, but for fans of bold, full profiles that are willing to give a new cigar a shot, the Onyx Bold Nicaragua should deliver a favorable result.