The solution was the “Torch it Up” tour. While the centerpiece was a custom Harley-Davidson that participants could enter to win, the real event was everything else. Out of a 55-foot Camacho branded trailer rolled out a custom bar to hold mixology contests between patrons, an arm-wrestling table, and conducted “blind” cigar tastings, blindfolds included.

It was as much cigar event as it was adult summer camp. More importantly, it gave incentive to stay longer and do something beyond just sitting around and smoking cigars.

While many of the components of that event are back—including the truck and its trailer—the theme has changed. It’s no longer about motorcycles because this year’s tour is for Camacho’s new American Barrel-Aged cigar.

While last year’s event series stopped at over 100 stores, this year’s tour will only visit 25 stores; with a twist, each retailer will get three days of events. Camacho invited us down to the first stop, at Corona Cigar Co. Corona, which actually got a full-week of events and a grand finale held last Saturday. 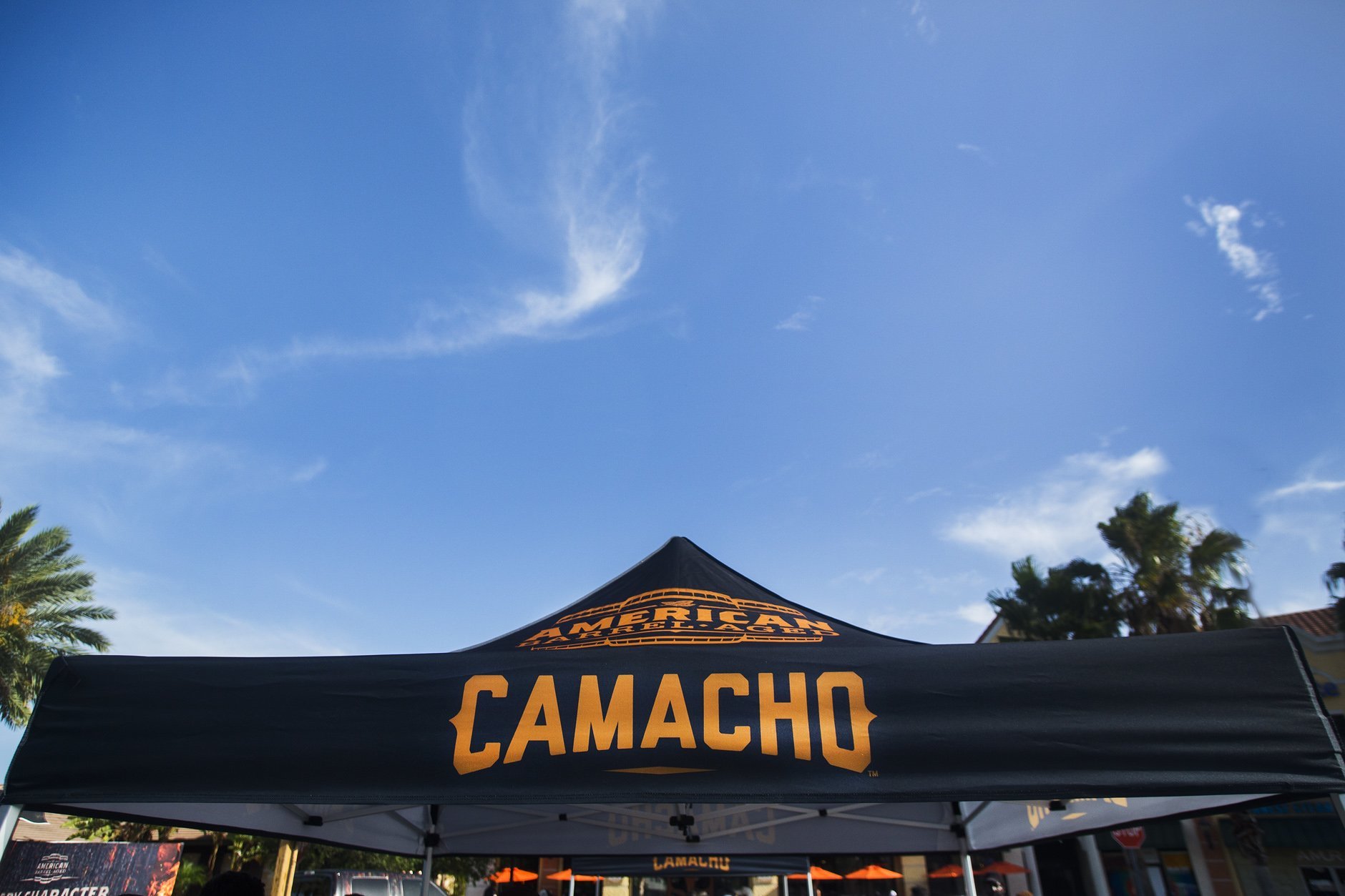 We can’t promise the weather at your event will be like sunny Orlando, but the tent will be there. 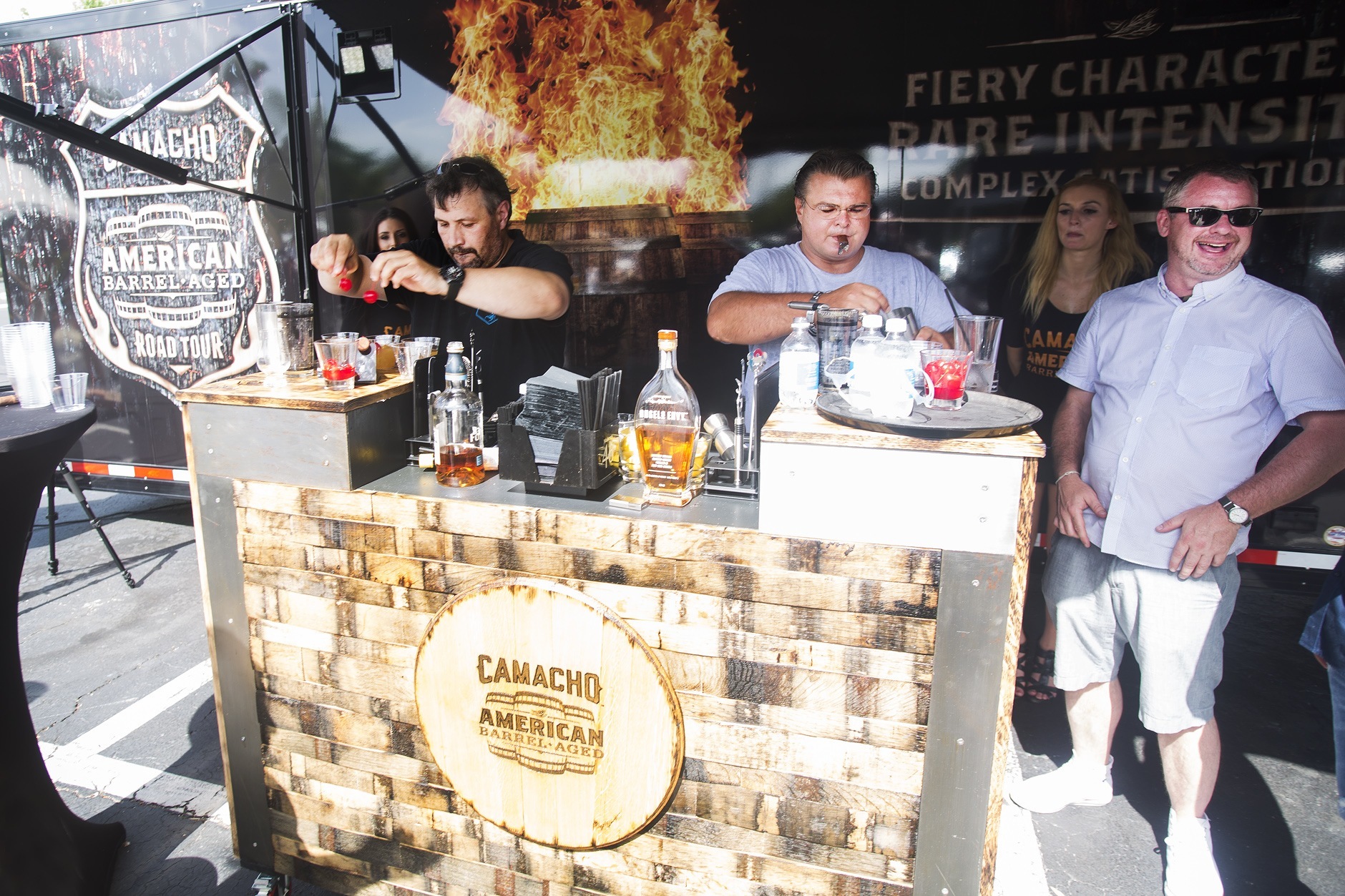 The mixology contest is back with an updated bar and lots of bourbon. The goal is to see who can make the best old fashioned as judged by three participants. The bourbon selection will change from event to event. Another new feature of the mixology contest is the addition of a smoke gun so that you can add tobacco smoke to your old fashioned, just in case you hadn’t had enough smoke at a cigar event. The judges take a “much needed” break from their “work.” 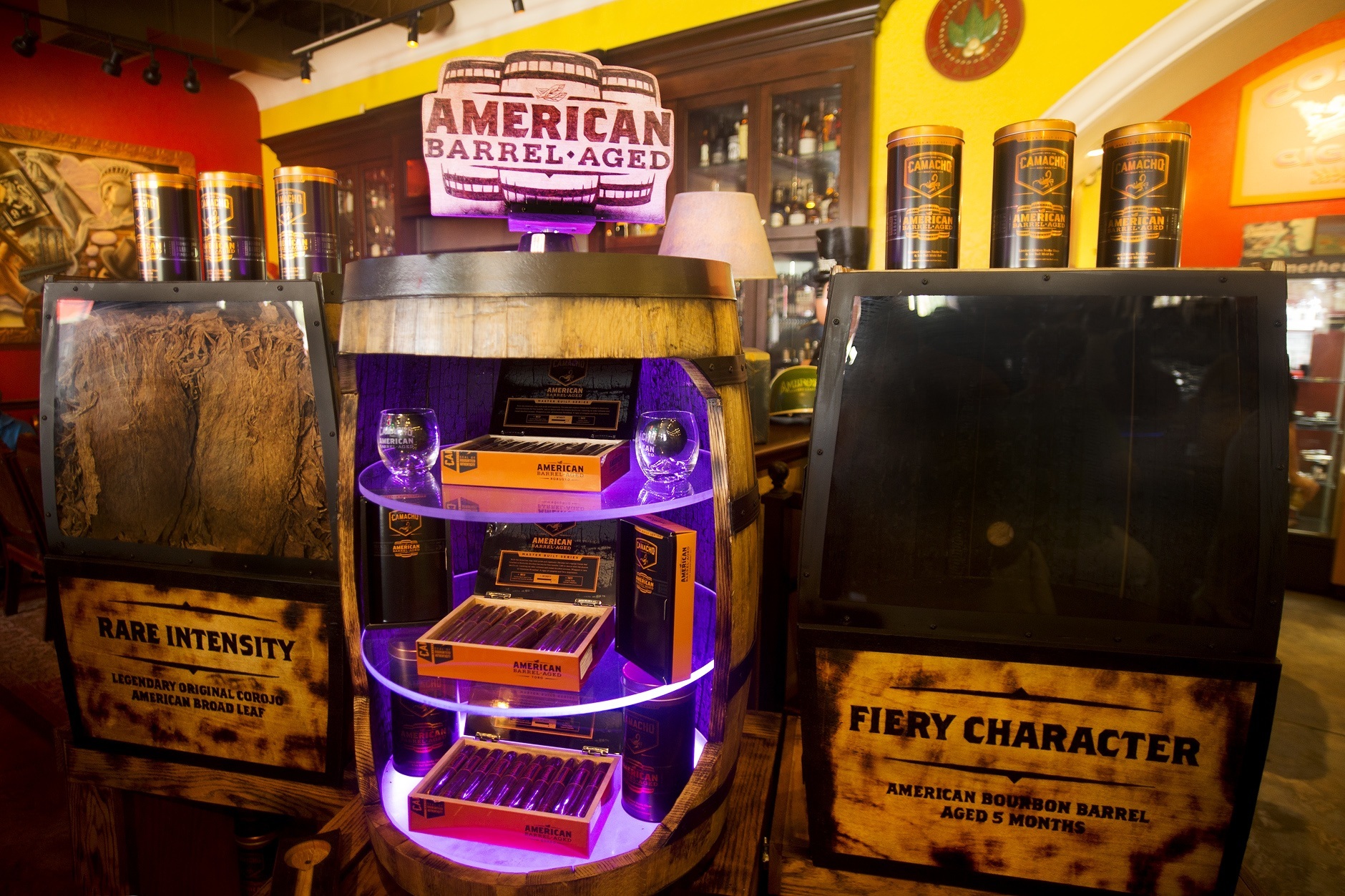 One of the custom displays from Bourbon Barrel Rehab. That’s a six-cigar cigar holder made from a used barrel. The tins are Camacho’s swag for the event. Inside are two custom-branded whiskey glasses and ice-ball molds. The models are back. They are also tasked with handling the raffle, which gave the winner a custom American Barrel-Aged cooking set. Models also posed with customers in Camacho’s new photo booth set-up, which allows for pictures to be emailed directly to you after your photo is taken.

Life-size Jenga has replaced arm wrestling as the official sport of Camacho’s tour. 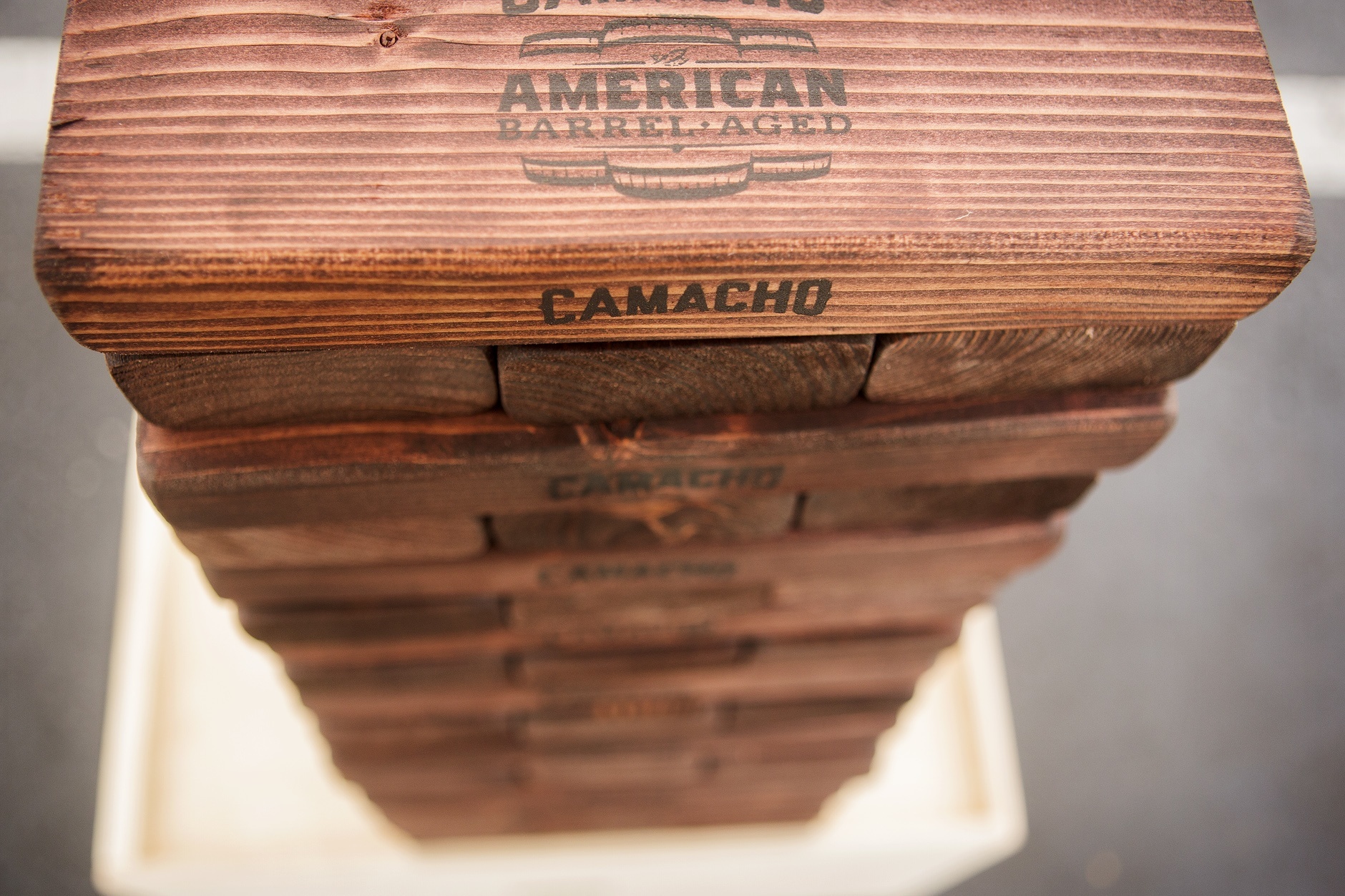 There’s also a new High Striker challenge, which is a lot harder than it looks. As a special for the launch event, the guys from Saw Dogs, a television show that profiles carvers who use chainsaws as their tools, were on hand. After they were finished carving, they actually began to char the wood for more definition. In four hours, they took a large chunk of wood and made it into that.

While chainsaws won’t be part of the normal event line-up, every event will be a bit different. The full line-up is as follows: