While the Serie V Melanio CI 20th Anniversary is a 6 x 60 vitola, the cigar we are concentrating on today is the Oliva Serie V Toro, a 6 x 54 toro grande that is being sold in 10-count boxes. As with the rest of the Oliva Serie V line, the blend is a combination of  an Ecuadorian habano sun grown wrapper covering fillers from Jalapa in Nicaragua. The newest entry in the Serie V line is packaged in boxes of ten priced at $90 each, with production limited to just 500 boxes, or 5,000 total cigars. 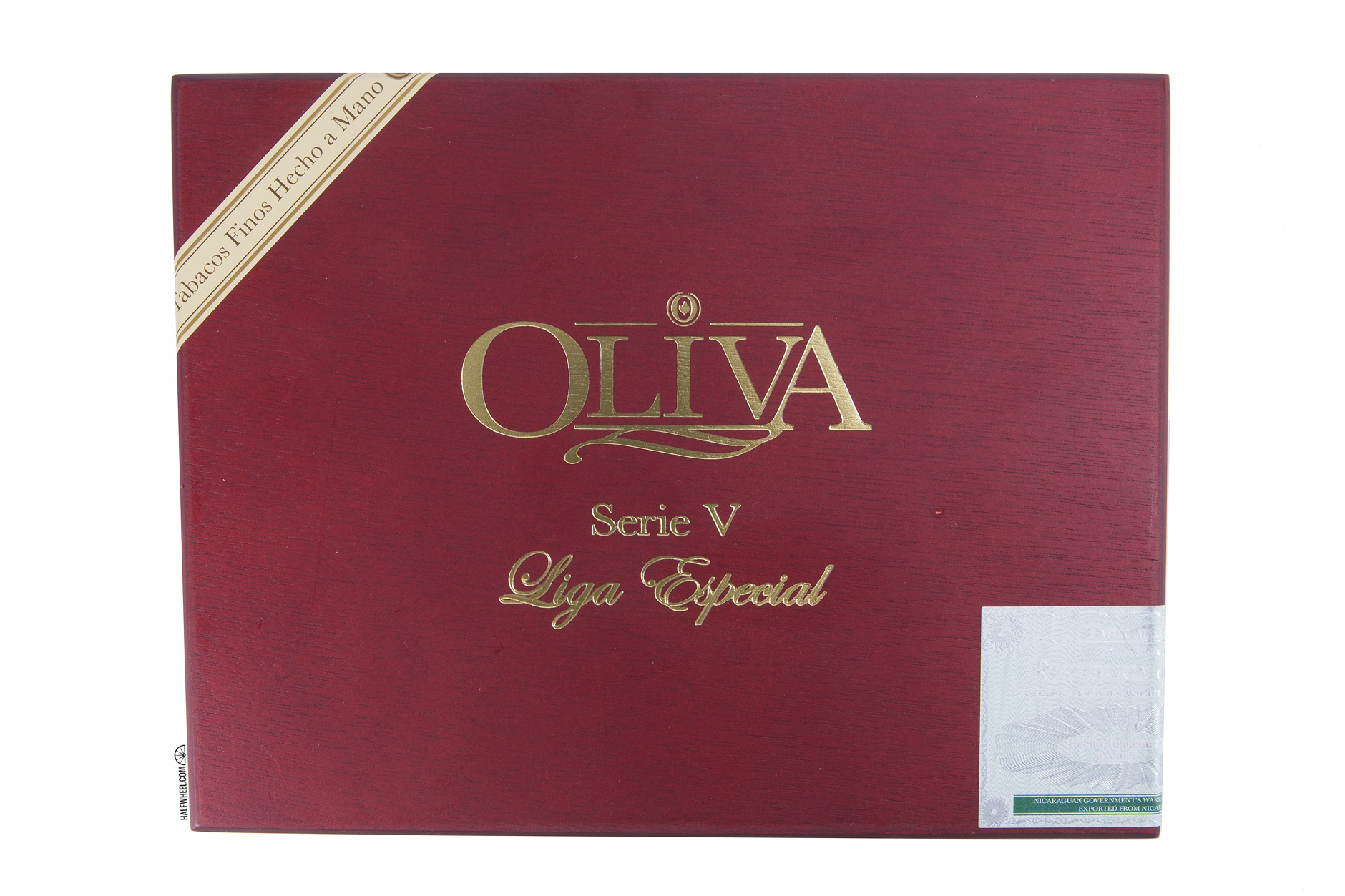 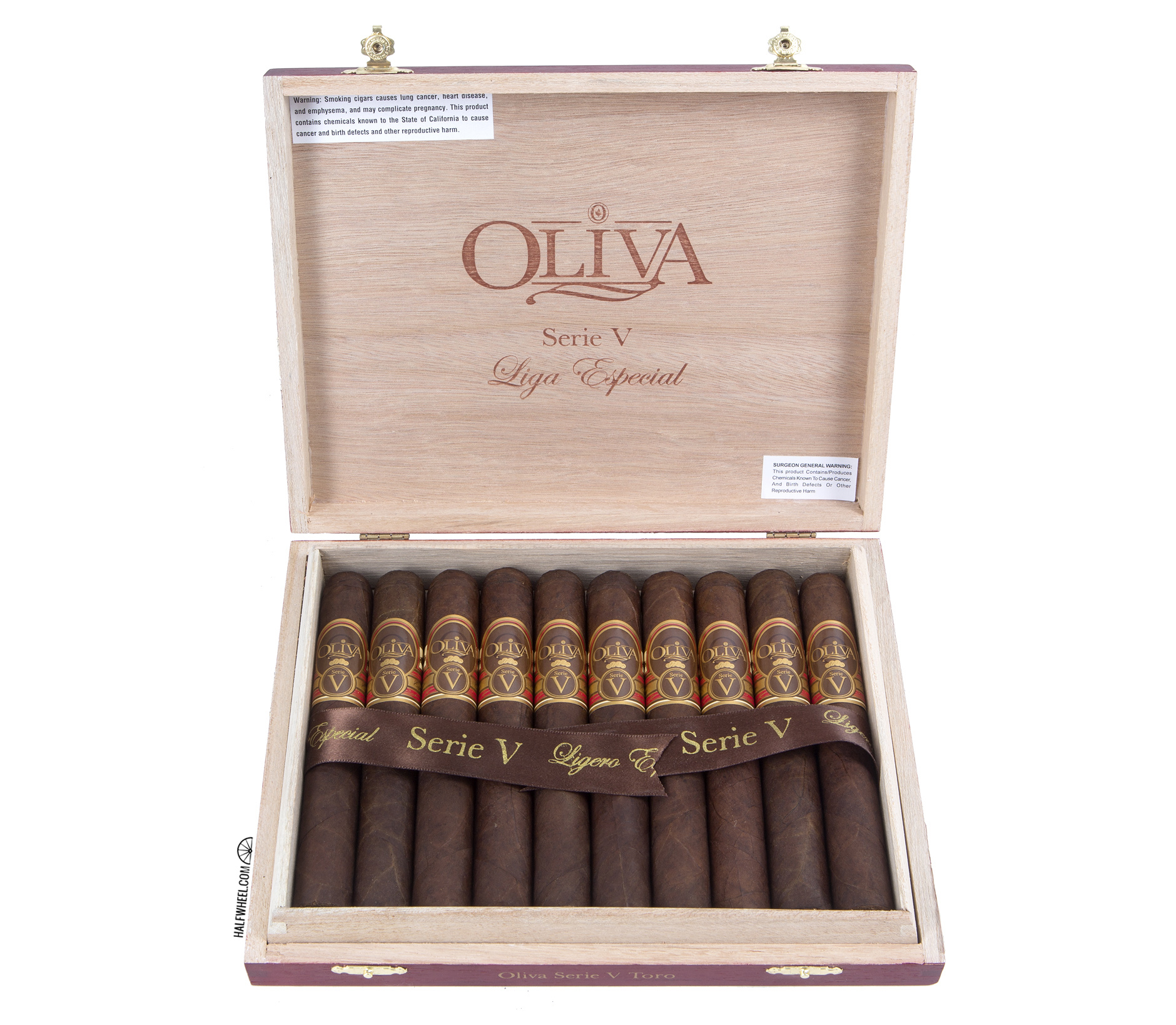 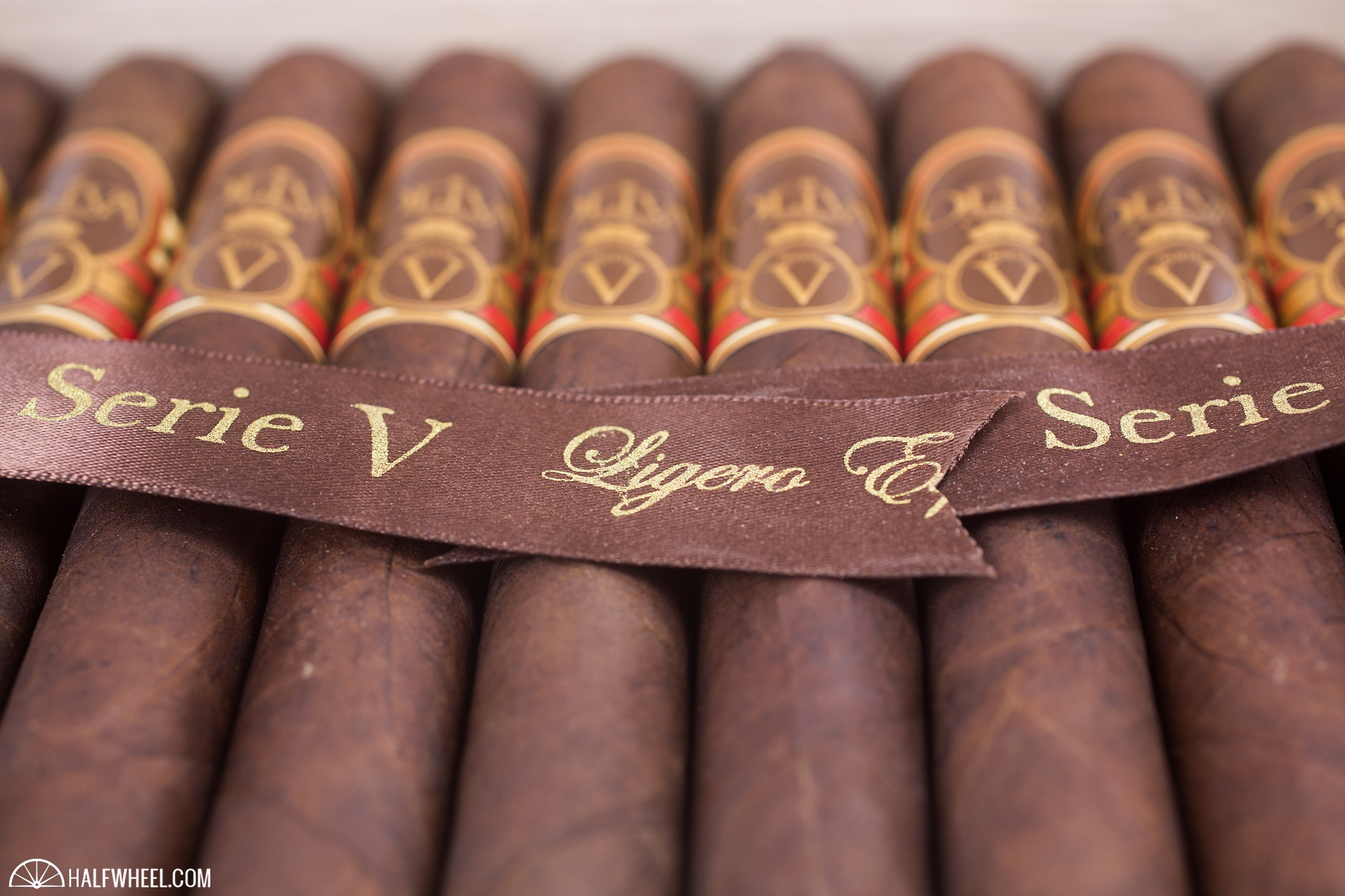 Interestingly, the vitola seems to be the exact same as another Serie V I reviewed back in 2014, the Oliva Serie V Tampa Humidor 10th Anniversary. However, that release carried an MSRP of $7.50, was packaged in boxes of 12 and featured a total release of just 2,400 cigars.

There have now been over 40 different releases in the Oliva Serie V line-up. We’ll have an updated collections shot shortly. 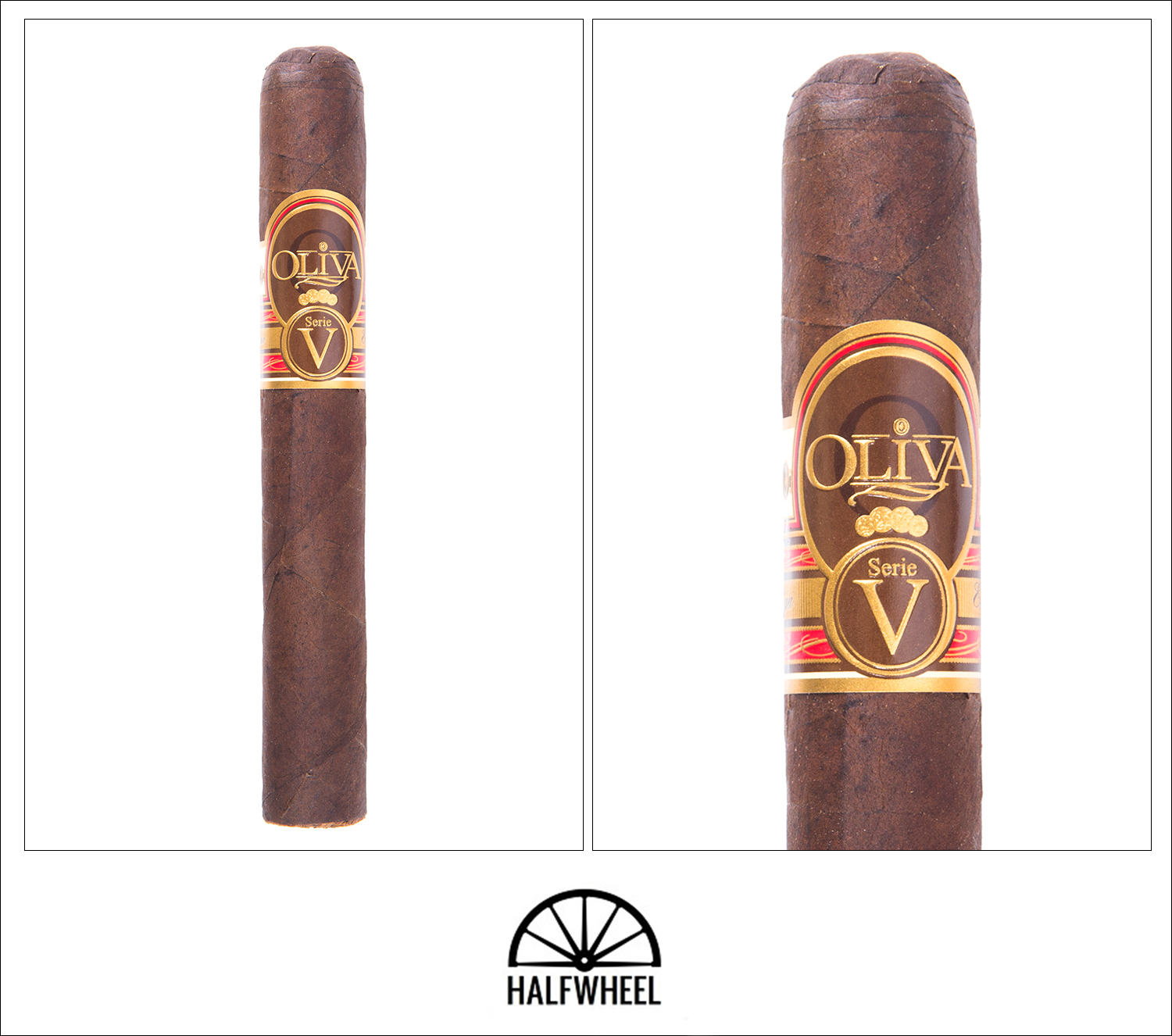 Like the a number of other Serie V releases I have smoked, the Oliva Serie V Toro is covered in a mottled milk chocolate brown wrapper that so smooth it is almost slick to the touch, despite the lack of oil. There are a number of obvious veins running up and down the length as well as a noticeable soft spot right under the band. Aroma coming off of the wrapper is a combination of faint barnyard, dark chocolate and earth, while the cold draw brings flavors of creamy oak, coffee grounds, dark cocoa nibs, nutmeg and black pepper.

The Oliva Serie V Toro starts out with a dominant rich creamy almond note in the profile as well as lesser amounts of leather, espresso, cedar, hay and bread at various points during the first third. There is a very nice maple syrup sweetness that is obvious, as well as a slight black pepper on the retrohale that seems to be getting stronger as the first third continues. The burn is slightly wavy, although not close to bad enough to correct and the draw has a wonderful amount of resistance after a simple straight cut. Strength-wise, the Oliva Serie V Toro ends the first third below the medium mark, although it is continuing to increase. 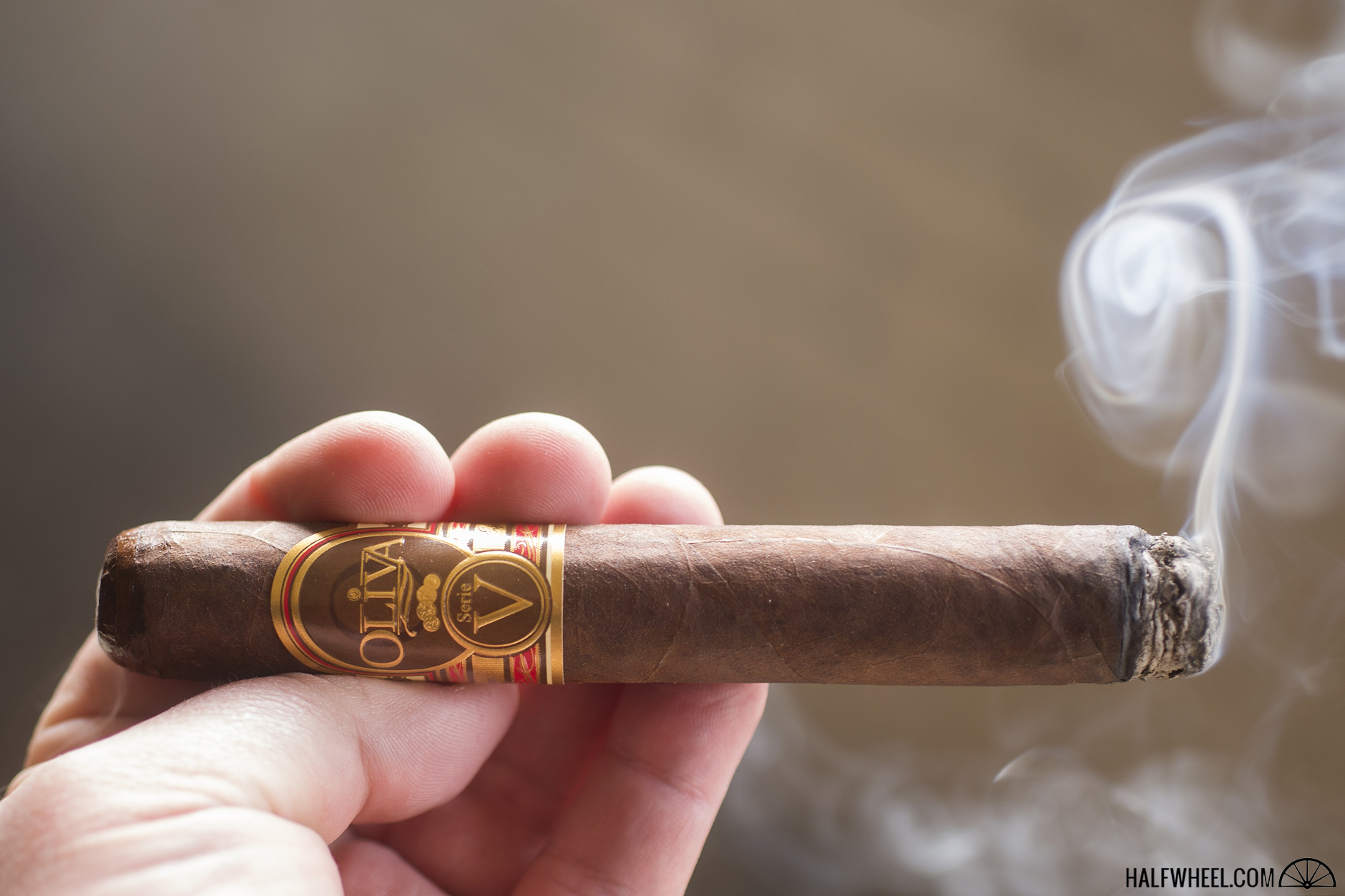 While the rich and creamy almond note continues to dominate the second third of the Oliva Serie V Toro, other flavors in the profile seem to shift a bit, reminding me of cloves, cinnamon, espresso beans, leather, earth and oats. There is a bit of saltiness that has been added to the profile on my lips, and the black pepper has increased as well, while the maple syrup sweetness on the retrohale is still a major factor. Construction-wise, the burn has become problematic enough that I am forced to touch it up a couple of times, but the draw is still extremely impressive, while the smoke production has dropped noticeably from its high point in the first third. The strength has not gone far, and is only a solid medium by the end of the second third. 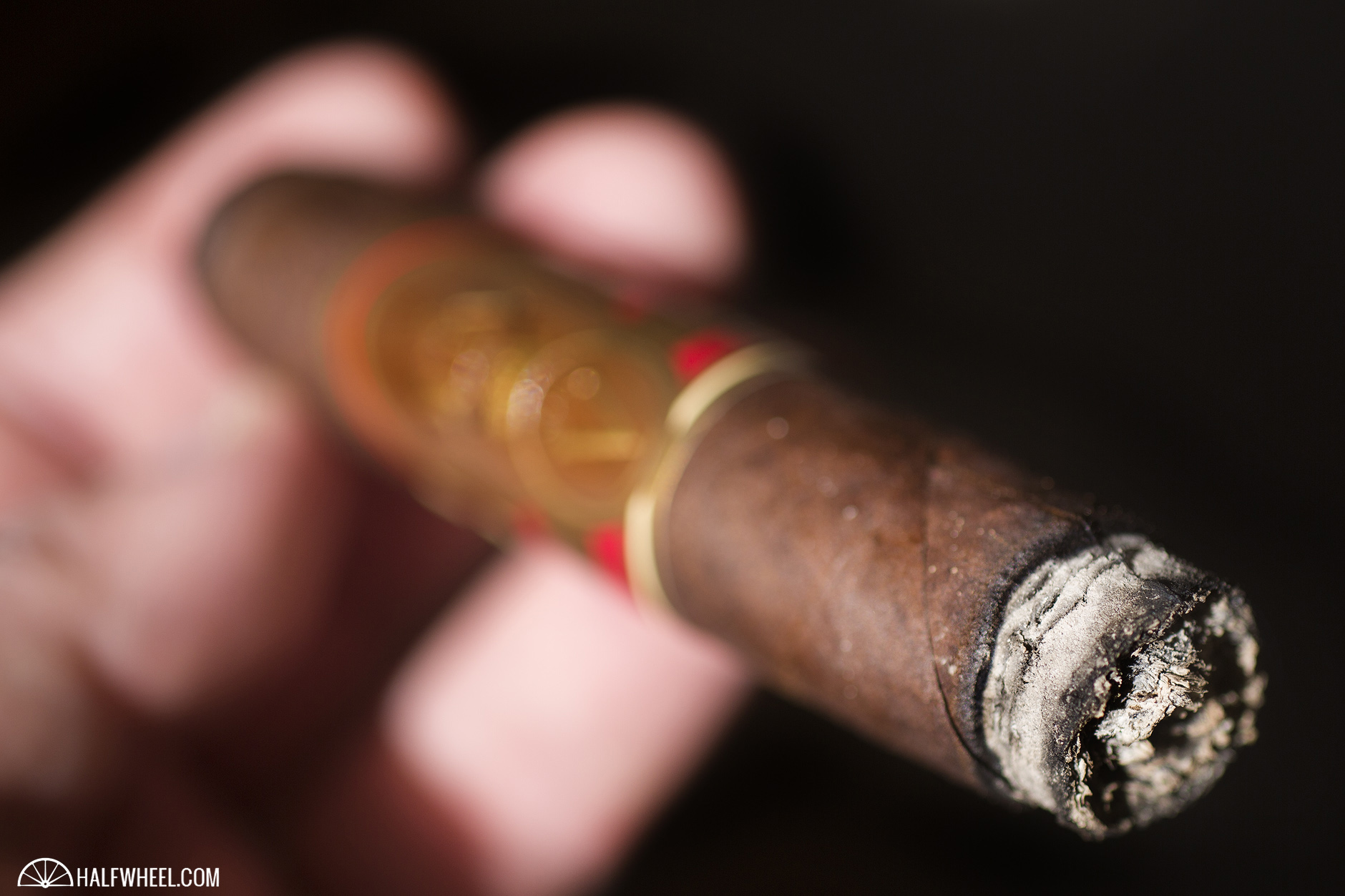 Flavors start to become a bit more muddled in the final third of the Oliva Serie V Toro, although the creamy almond note is still the dominant flavor and continues that way until the end of the cigar. The maple sweetness has been reduced from its high around the halfway point, but it is still a major player and still strong enough to combine with other notes of espresso beans, cocoa nibs, creamy leather, earth and hay. Both the burn and draw are excellent, with no issues whatsoever with either one, and the smoke production has increased noticeably as well. The overall strength ends just slightly higher than medium, about where I expected, and I am able to get the nub down to less than an inch left without any major bitterness. I have smoked my fair share of different Oliva Serie V releases over the years—albeit not even close to all of them—and while they tend be very similar profile-wise, I have always found them to range from consistently enjoyable to excellent in almost every way, with very few duds in the lot. Thankfully, the Oliva Serie V Toro continues the trend, with the signature maple sweetness that I have found present in most of the sizes front and center. One thing I have had issues with in this line is consistent construction problems, but that was not in evidence in any of the these samples other than a few minor burn issues. Although a bit large for my tastes, the Oliva Serie V Toro is not only an excellent cigar, but also an excellent example of the blend, and well worth tracking down.