The Oliva Serie V has long been a staple release for the Oliva brand and in its seven-year existence has become one of the most notable lines to come out of the Nicaraguan company as well. Last year, of Florida-based retailer, Tampa Humidor announced that Oliva would make a unique Serie V vitola in commemoration of its 10th anniversary. The 6 x 54 toro was first released at the retailer’s annual Tampa Cigar Bash on Oct. 26, 2013. Only 2,400 cigars were produced, and they were sold in boxes of 12 for $90. The Oliva Serie V Tampa Humidor 10th Anniversary looks identical to any other Oliva Serie V other than a different size: a dark mocha brown wrapper that is smooth to the touch with virtually no oil present at all. There are some veins noticeable, but they are not big enough to be distracting and it is just a little more spongy when squeezed than average. Aroma from the wrapper is a strong musky earthiness mixed with a slight sweetness and pepper, while the cold draw brings flavors of leather, barnyard, nuts and earth along with a tiny amount of spice.

The Oliva Serie V starts out with strong flavors of barnyard, leather, earth and cedar, along with a slight creamy nuttiness that is gets stronger as the first third burns down. There is some very nice maple sweetness on the finish which combines well with the rest of the profile. The smoke production coming from the foot is massive from the start, like a house on fire. The overall construction is good, with a burn that wavers a bit and a great draw that has just the right amount of resistance. Strength-wise, the Oliva Serie V ends the first third below the medium mark, but it is still rising. 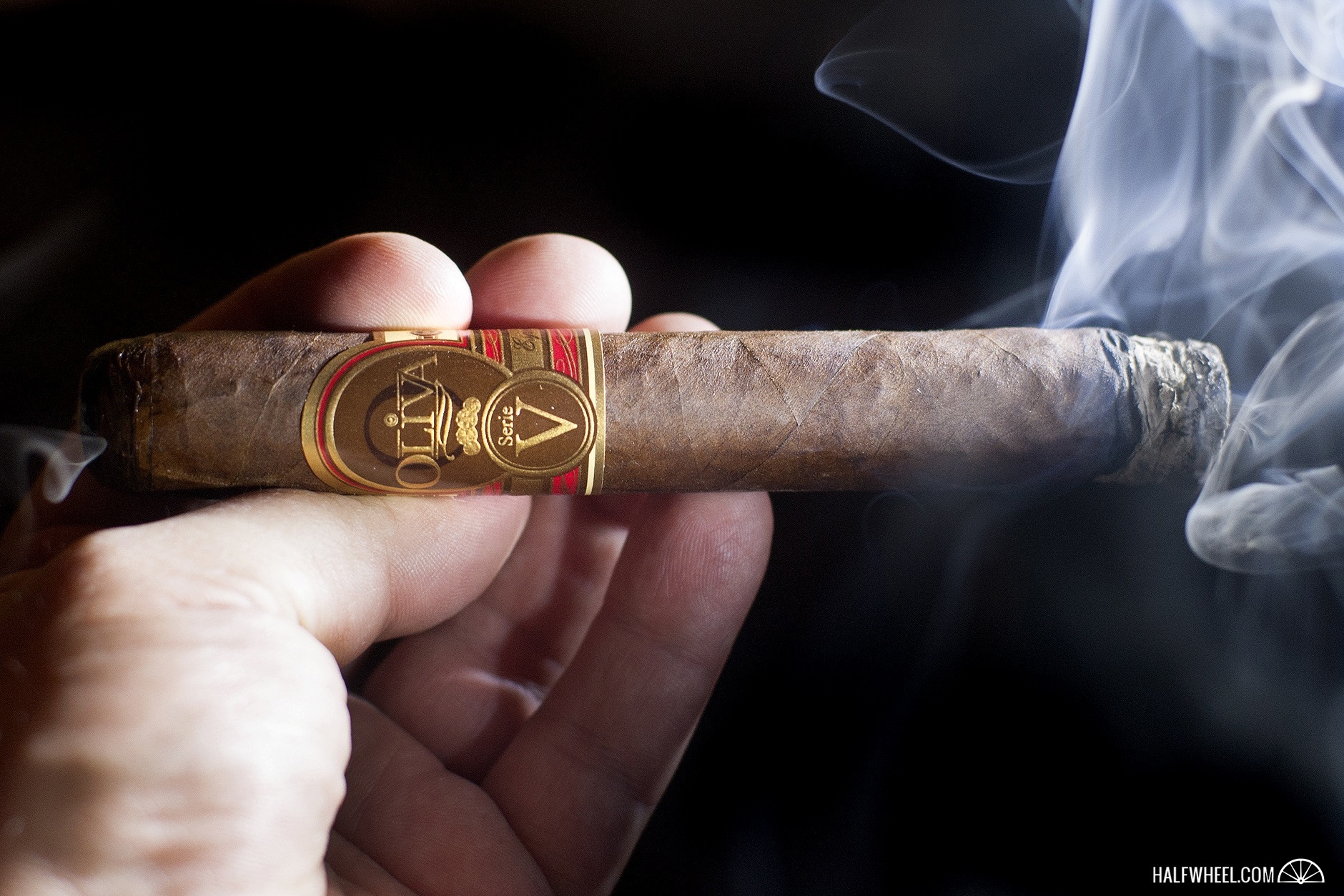 Coming into the second third, the Tampa Humidor 10th Anniversary features many of the same dominant flavors of nuts, cedar, gritty earth and espresso, but the maple sweetness has changed a bit and gotten stronger, ending up as more of a vanilla bean flavor that I can taste on the finish as well as the retrohale. The burn has evened out nicely and the draw continues to impress, and while the smoke production has receded a bit, it is still well above average. The strength has risen to a point just below medium, but is still increasing noticeably. The final third of the Oliva Serie V Tampa Humidor 10th Anniversary does not change much compared to the first two thirds, with flavors of espresso, earth, nuts, anise and cedar leading the way. The vanilla bean sweetness is still very much present, but noticeably reduced from the second third, and is mostly relegated to the finish by the end of the cigar. Construction-wise, both the burn and draw are excellent until the end, with a very nice burn line and smoke production that remains quite high. The strength finally punches through the medium mark, but stalls there, and the nub is nice and cool when I put it down with a little over an inch left. I have always been a fan of the Oliva Serie V line, but with the exception of the Culebra, I generally find them to be very similar. The Tampa Humidor 10th Anniversary is no different in that regard, with a profile dominated by cedar, earth and a nutty creaminess. I did notice more sweetness in this size than many of the other vitolas in the line. While distinct, the flavor profile is not overly complex, but it is still a great example of a Nicaraguan puro that remains consistent year after year.