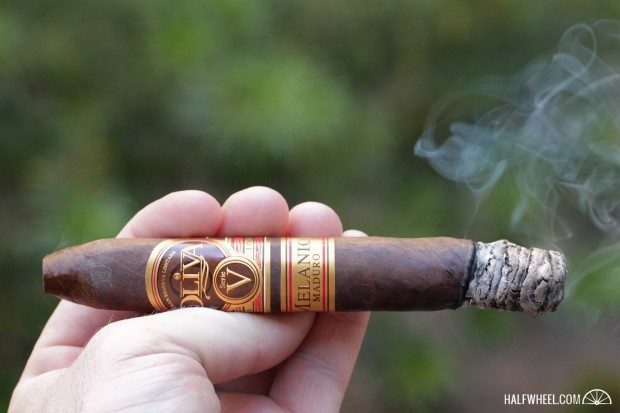 The original Oliva Serie V Melanio debuted at the 2012 IPCPR Convention and Trade Show, and is named for Melanio Oliva, Gilberto Oliva’s grandfather and the patriarch of the family’s cigar business. In December 2012, the company announced there would be a Melanio Maduro, originally slated for Father’s Day 2013 but pushed back to the trade show.

When it debuted, the Oliva Serie V Melanio Maduro was available in just one size, a 6 1/2 x 54 torpedo, a size also found in the original line. It used a Mexican San Andrés wrapper in place of the original Ecuadorian Sumatra leaf, while the binder and filler both come from Nicaragua’s Jalapa region.

Oliva recently added a Robusto and cChurchill to the Serie V Melanio Maduro line that shipped in April 2014, both of which will be regular, if somewhat limited production in comparison to the original Melanio. These two vitolas are not a set limited edition like the Torpedo, which was limited to 10,000 boxes.

Here’s what I said about the Oliva Serie V Melanio Maduro Torpedo when I reviewed it prior to its release in July 2013:

For me, the Oliva Serie V Melanio Maduro is a bit closer to the original Serie V than the Serie V Melanio was, and that is both good and bad. The Oliva Serie V ranks as one of my all-time favorites and is a standard go-to cigar for me, and I think I’d still take it over both versions of the Melanio. The Melanio Maduro lacked just a bit in the richness department, and the tight draw left me a bit fatigued, though I did enjoy it. It’s a limited edition that is sure to be in demand, so I’d be lying if I said I wasn’t thinking about buying a box, but I have a feeling that while it’s good, make that very good, it’s not going to cross over to earning the distinction of being downright great.

Much like I thought about the Oliva Serie V Melanio Maduro Torpedo when I first smoked it, it doesn’t seem like that dark of a wrapper, though when compared side-by-side to the original Serie V Melanio, the difference is apparent. It’s a beautiful cigar with a smooth wrapper and clean roll, all of which draws my eyes up to the pointed torpedo head. There does appear to be a bump on one of the narrow sides of the cigar, a small but noticeable visual irregularity. Interestingly as well, it feels as if the bands aren’t quite centered, which generates that same feeling of seeing a picture hung on a wall that isn’t quite straight—my first reaction is to try and fix it, which I cannot; my second it to ignore it as long as possible. The pre-light aroma has a bright and light note that has me first thinking white grapes, though the dryness has me jotting down that a bread note is in there as well. The cold draw is dialed in and has a touch of white grape jelly sweetness and no appreciable amounts of pepper or spice.

There is a good amount of earthy pepper that wastes no time starting the flavor party as soon as the cigar is lit, backing off with each puff to become more of a component than the lead player by the time a half an inch has burned. It’s fair to say that the cigar begins to get complex within the first inch, as notes of earth, leather, coffee and a touch of char all come together well, and that complexity carries throughout the entire first half of the cigar. While there isn’t much in the way of transitions, the complexity keeps the cigar from becoming boring, and its medium-plus strength but restrained amounts of pepper and spice keep the cigar engaging without becoming overwhelming. Other than a bit of an uneven burn line, the cigar has performed well with no draw or combustion issues. 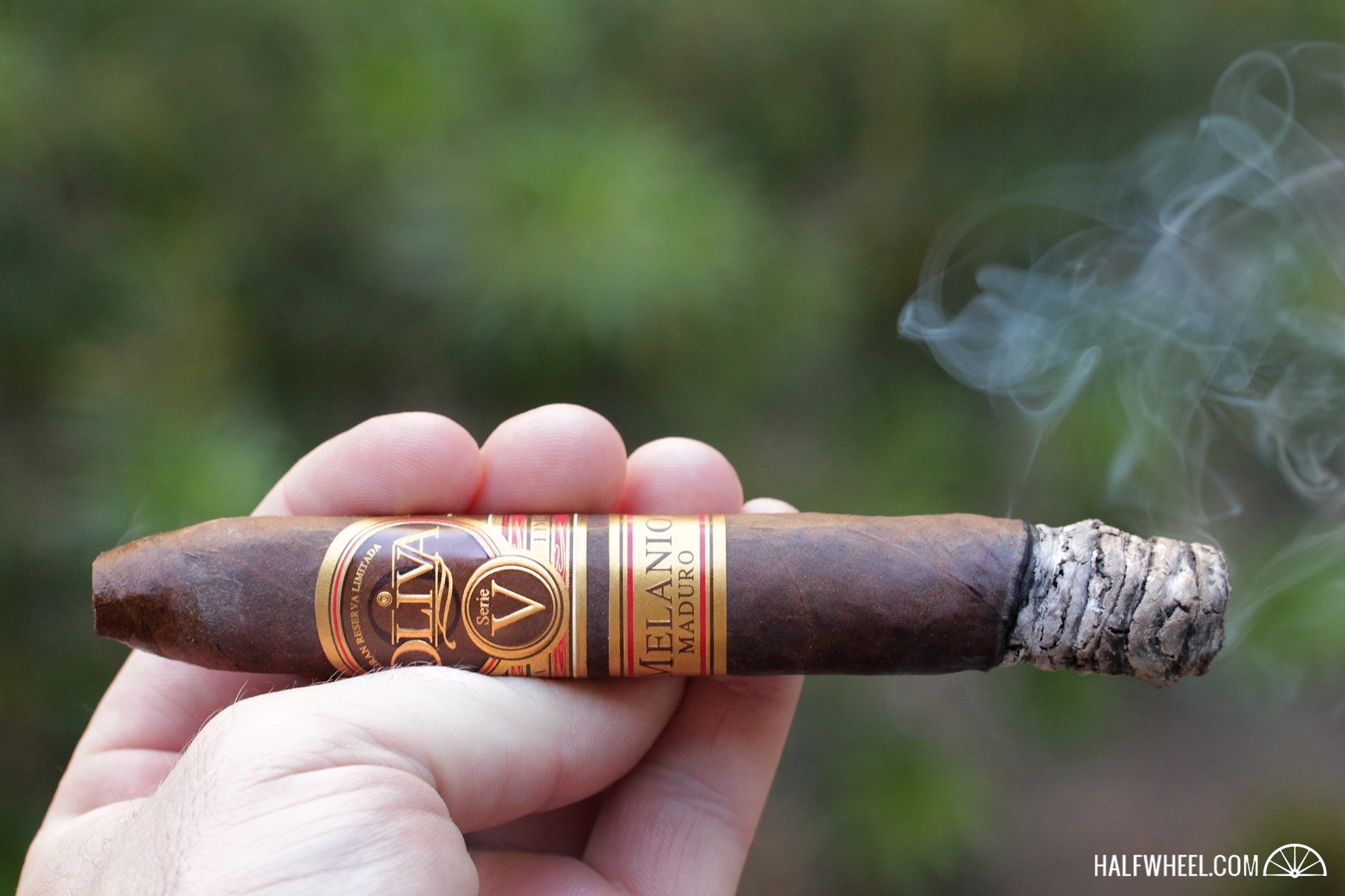 In the second half there is shift in the earth notes, with the flavor incorporating a clay note and shedding some of the heavier earth notes found in the first half, an interesting change that also seems to bring about some added pepper, or at least gives what pepper is in the cigar a different background to stand out against. While I will admit this isn’t a technical term, the cigar packs a new zing that hadn’t been found earlier and activates the senses after a bit of familiarity seemed to lull them into a relaxed state. Recalling my initial experience, I wasn’t expecting to find any sweetness that is sometimes equated with maduro releases, and I have not been disappointed, as there is simply none to be found in the Melanio Maduro. The pepper note sharpens up around the band as the richer earth note returns, and again becomes flavorful and fairly strong without crossing over into the full-bodied realm. The finishing puffs continue to inch up that scale, bringing back the lighter and more clay driven earth notes to sit atop everything while the pepper challenges the taste buds and leaves an enjoyable lingering tingle on the palate.

While I didn't necessarily share in the excitement of the Oliva Serie V Melanio Maduro when it was released, I have come to a different level of appreciation for what it offers. While fans of maduros that deliver abundant notes of rich sweetness will be disappointed, those that like hearty amounts of tasty earth and decent amounts of pepper will find there is a lot to like in this cigar. Transitions may not be the most pronounced and sometimes the flavor journey feels a bit lacking in the first half, but the second half does a solid job of making up for it. Assuming you like the profile, the Oliva Serie V Melanio Maduro is an easy choice.