Late last year, Oliva Cigar Co. began to offer a 6 x 60 size of its Melanio line in Europe. The release was limited to 500 boxes, but shortly after an announcement came that the size was heading to the U.S. and would become a regular production item, which is now scheduled for next month.

The Melanio line debuted at the 2012 IPCPR trade show and convention as Oliva’s most premium line since the Special S, a different take on the popular Serie V blend, most notably in wrapper in shape. While the original Serie V uses a Jalapa-based wrapper on a round cigar, the Melanio receives a heavy rectangular-press and an Ecuadorian sumatra wrapper.

It is named after Melanio Oliva, the man the family traces their tobacco-growing roots to, all the way back to Pinar Del Río, Cuba in 1886. Melanio is the grandfather of the company’s patriarch, Gilberto Oliva.

With the addition of the Double Toro, there are now eight commercially available sizes of the Melanio, along with one limited edition. 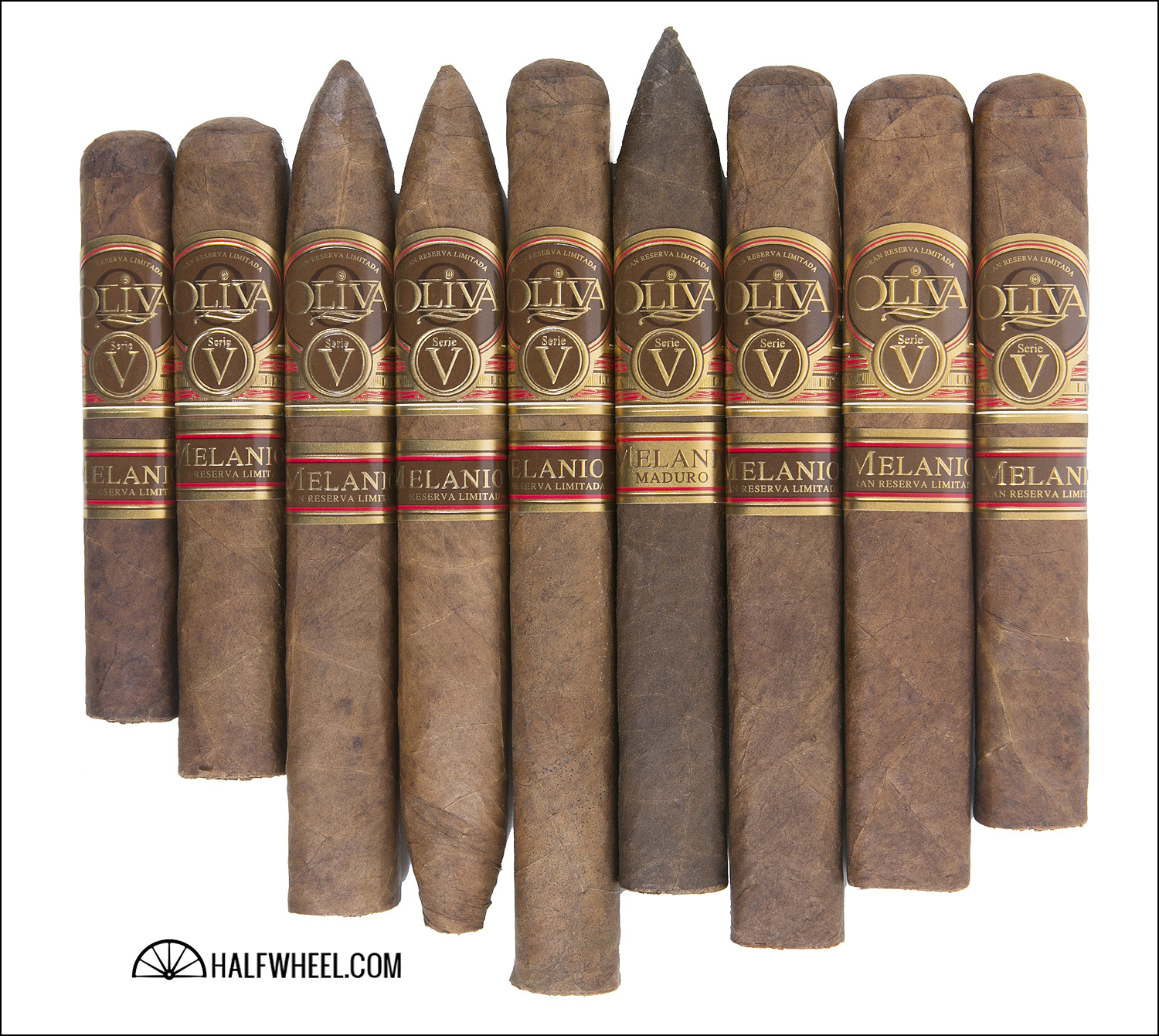 The ninth and final size in the picture above was given to attendees of Puro Sabor 2013, the Nicaraguan cigar festival. Manufacturers were asked to make 200 of a 5 1/2 x 50 size, which Oliva did. 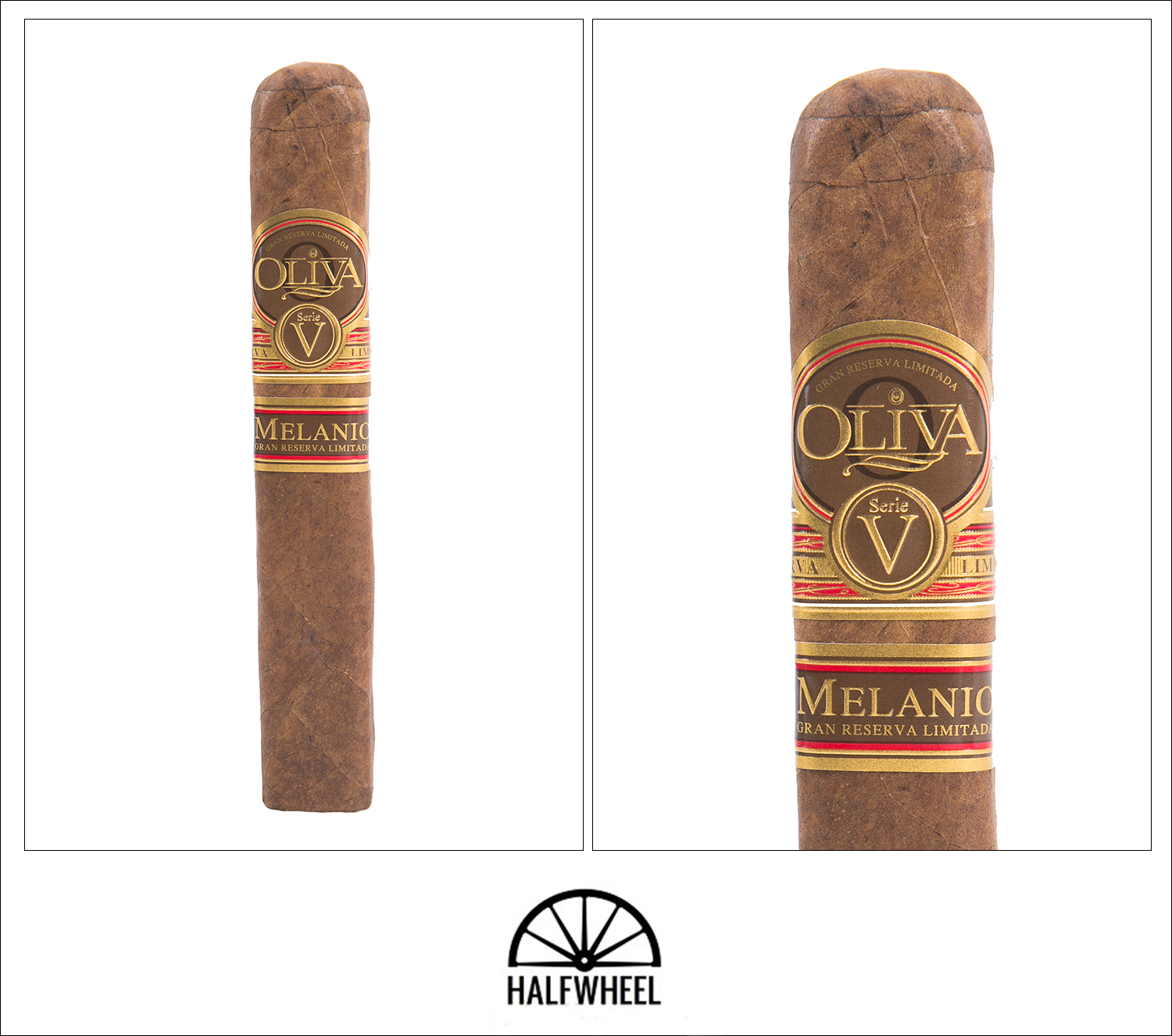 *The limited edition European version was released in November 2013, the regular production version will be offered in both the U.S. and Europe beginning in February 2014.

Out of the cellophane, yes, that’s right, cellophane, I get a gigantic sweet barnyard note and a lot of smells that are reminiscent of a drying room. There’s quite a bit of ammonia left, along with some drier vanilla notes. For those wondering, cellophane is not planned for the cigars once they are released. There’s similar notes from the foot along with some added spice. The Double Toro presents sweet oranges, vanilla, touches of leather and lavender on the cold draw. 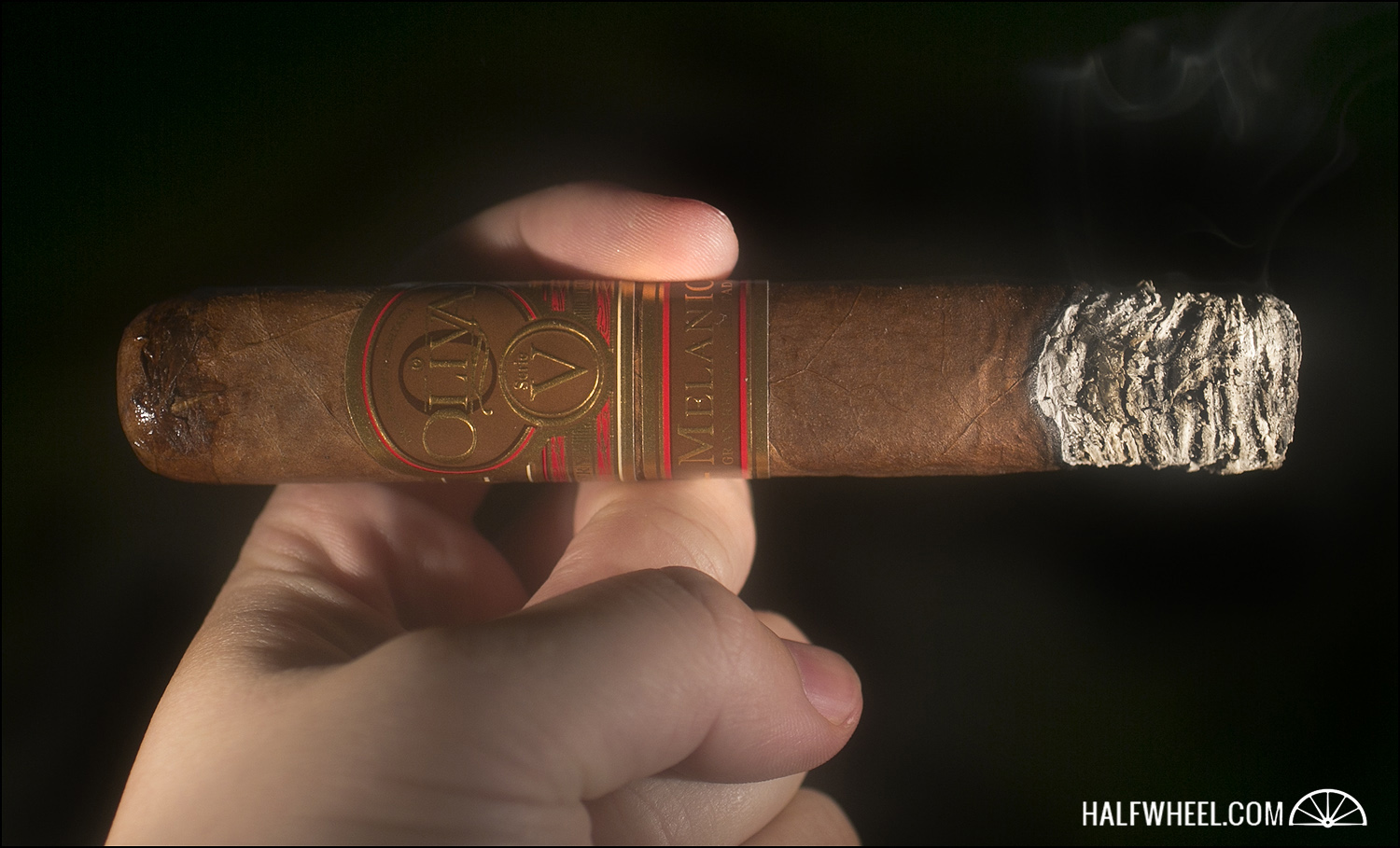 I’ve gotten used to the medium starts to the Melanio, and the first third of the Double Toro is no different: bittersweet with touches of spice, leather and black pepper. As the first third progress there’s a damp earth note that I am indifferent to with leather, some familiar nuttiness and orange peels on the back of the throat. There are two things noticeably missing saltiness and pepper—both things I have come to associate the Melanio with. Strength starts at medium-plus, although it seems to be decreasing. 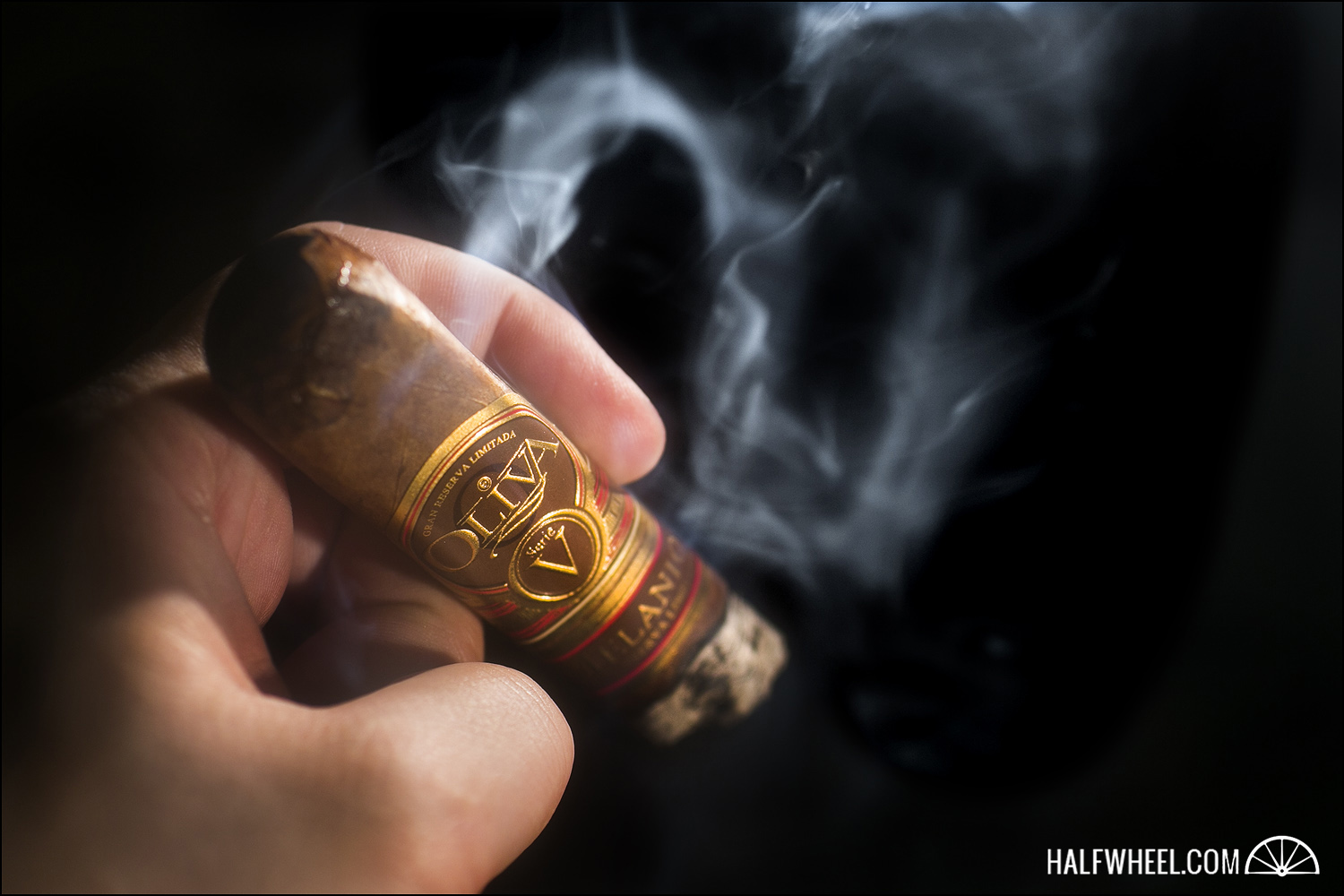 In addition to the strength, which is now medium, the profile itself is losing some of its sharpness. There’s still a core of earth, nuttiness and leather, but the sweetness—mainly a bittersweet note—seems to be waning with every puff. In its place a damp woodiness is becoming more prominent, which is more enjoyable than the earthiness. Unfortunately, I cannot find much detail through the retrohale: no citrus, no sweetness, no dynamic pepper. Smoke production remains good, not incredible for the Melanio line or the 6 x 60 size, but good nonetheless. 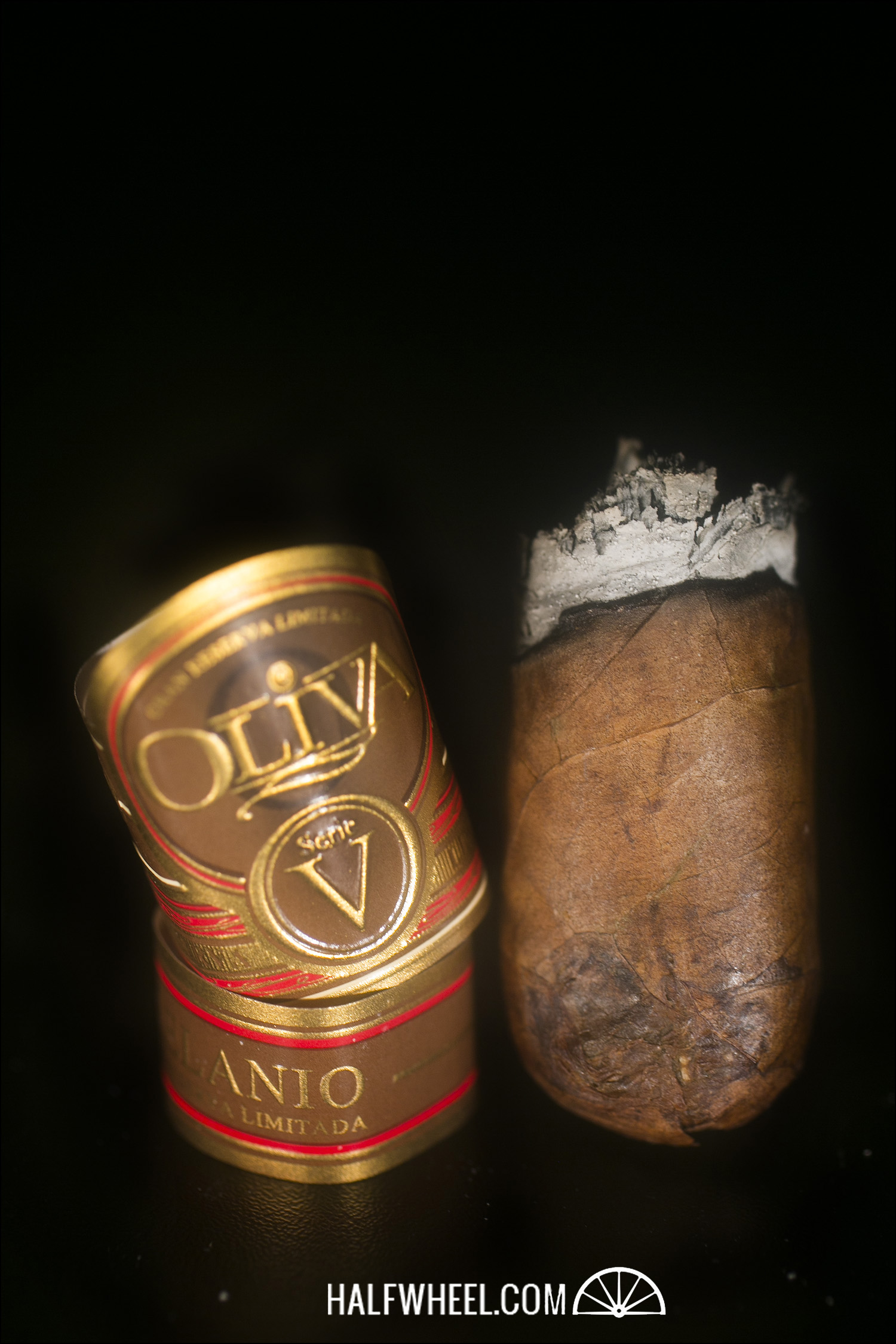 For the first time in the length of the Double Toro, the strength is becoming a large part of the cigar, medium-full. In addition, I get an added pepper, although it’s never what I have found on other Melanios and there’s also zero sweetness. The mushy damp earth not does improve quite a bit, but it’s almost all that’s left on the tongue, which simply is not enough.

I love this blend in the Figurado and Churchill offerings. I like it in the other core sizes and enjoyed the DeSocio as well, this is my least favorite and it’s nothing to do with the size, I think. I’ve reviewed and smoked enough 60 ring gauge cigars that at this point, I don’t really care, as long as it’s a good cigar elsewhere. This lacked the sweetness, power and complexity I have known this blend to have. I am unsure if it’s the increased ring gauge, which oftentimes actually helps blends in my opinion, or the fact that what I smoked was probably a bit young. Whatever the case, Oliva will sell all of these that make and if the problem is the former, I’ll keep smoking the other six vitolas.