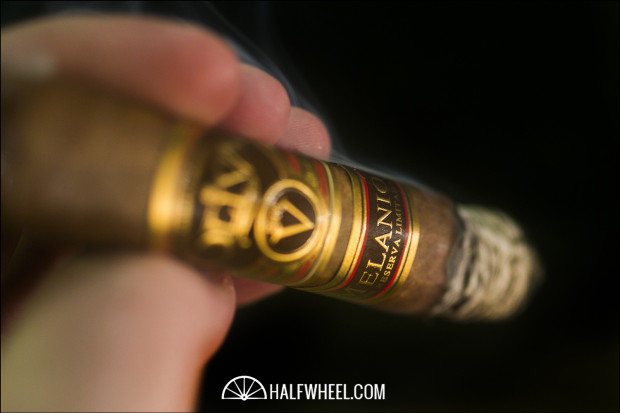 On December 18, Alliance Cigar started offering its third manufacturer exclusive vitola under the DeSocio name, this time in the form of a new Oliva Serie V Melanio. Like the rest of the line, the 6 1/2 x 54 Oliva Serie V Melanio DeSocio is box-pressed and sold in boxes of 10. However, unlike the rest of the Melanio vitolas, it is limited to just 5,000 total cigars, with an MSRP of $12 each.

The blend of the Oliva Serie V Melanio DeSocio is the same as the other sizes in the Melanio line: Nicaraguan tobacco for the binder and fillers and a wrapper made up of Ecuadorian Sumatra. A 6 1/2 x 52 maduro version was released earlier this year which uses the same filler and binder tobaccos as the regular line, but switches out the Ecuadorian Sumatra with a Mexican San Andrés wrapper.

We published a news story about the Melanio DeSocio release earlier this month:

Tom Sullivan, president of the New York-based distributor, told halfwheel the Melanio DeSocio will be offered to retailers beginning today, as well as through Sullivan’s online retail business, Superior Cigars.

This is the third cigar to carry the DeSocio name following the Alec Bradley Tempus (6 x 54) and Flor de las Antillas (5 3/4 x 54). DeSocio is the last name of Sullivan’s maternal grandmother, a name which his mother is the last of the family to bear. Sullivan’s grandfather, the late Mr. DeSocio, was a cigar smoker.

As with the rest of the Serie V Melanio line, the cigar will be sold in boxes of 10 with pricing starting at $12 per cigar. The Melanio DeSocio is limited to 500 boxes.

This is the seventh size to the regular Melanio line following the debut of the Double Toro in Europe. Oliva also introduced amaduro version of the cigar over the summer. 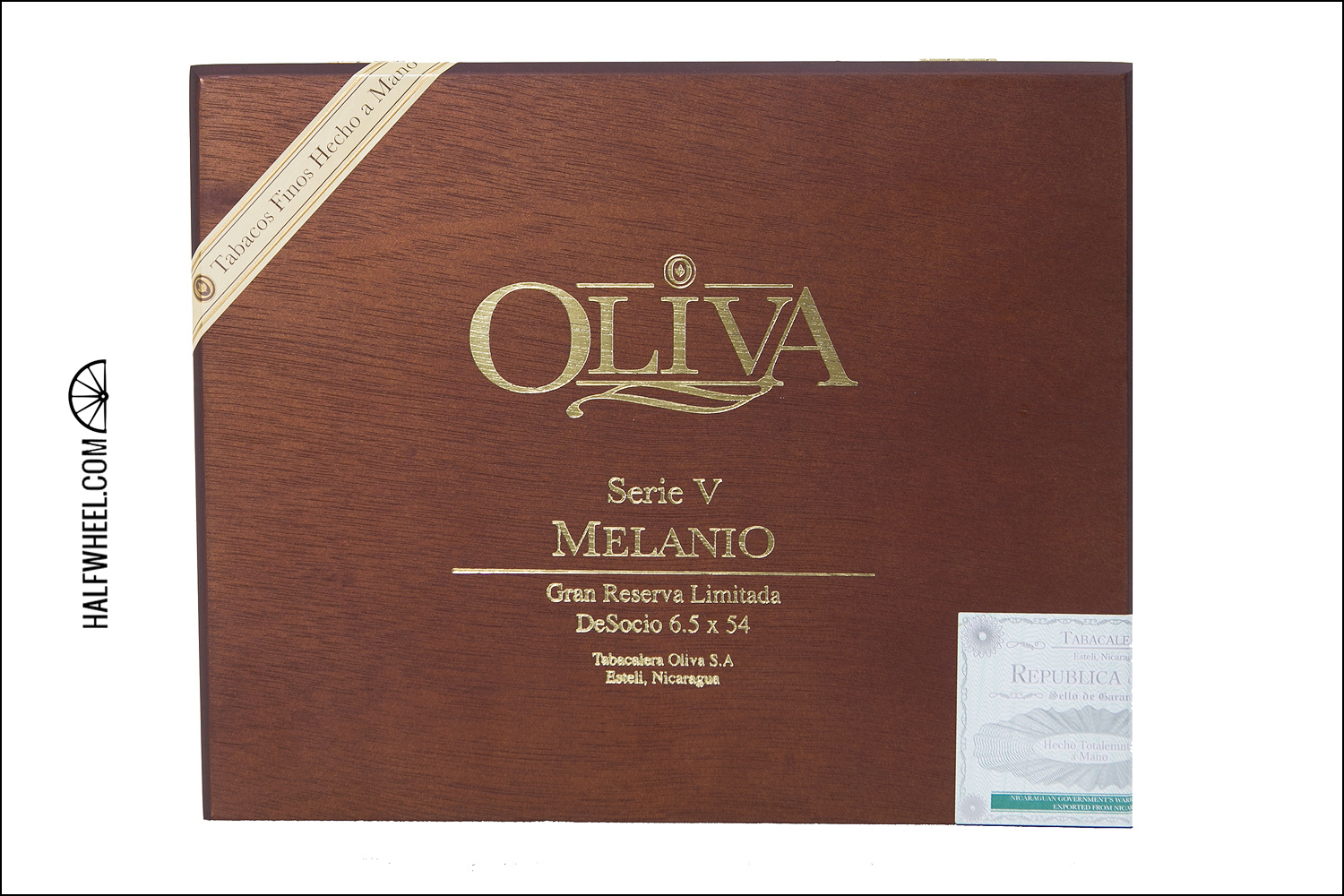 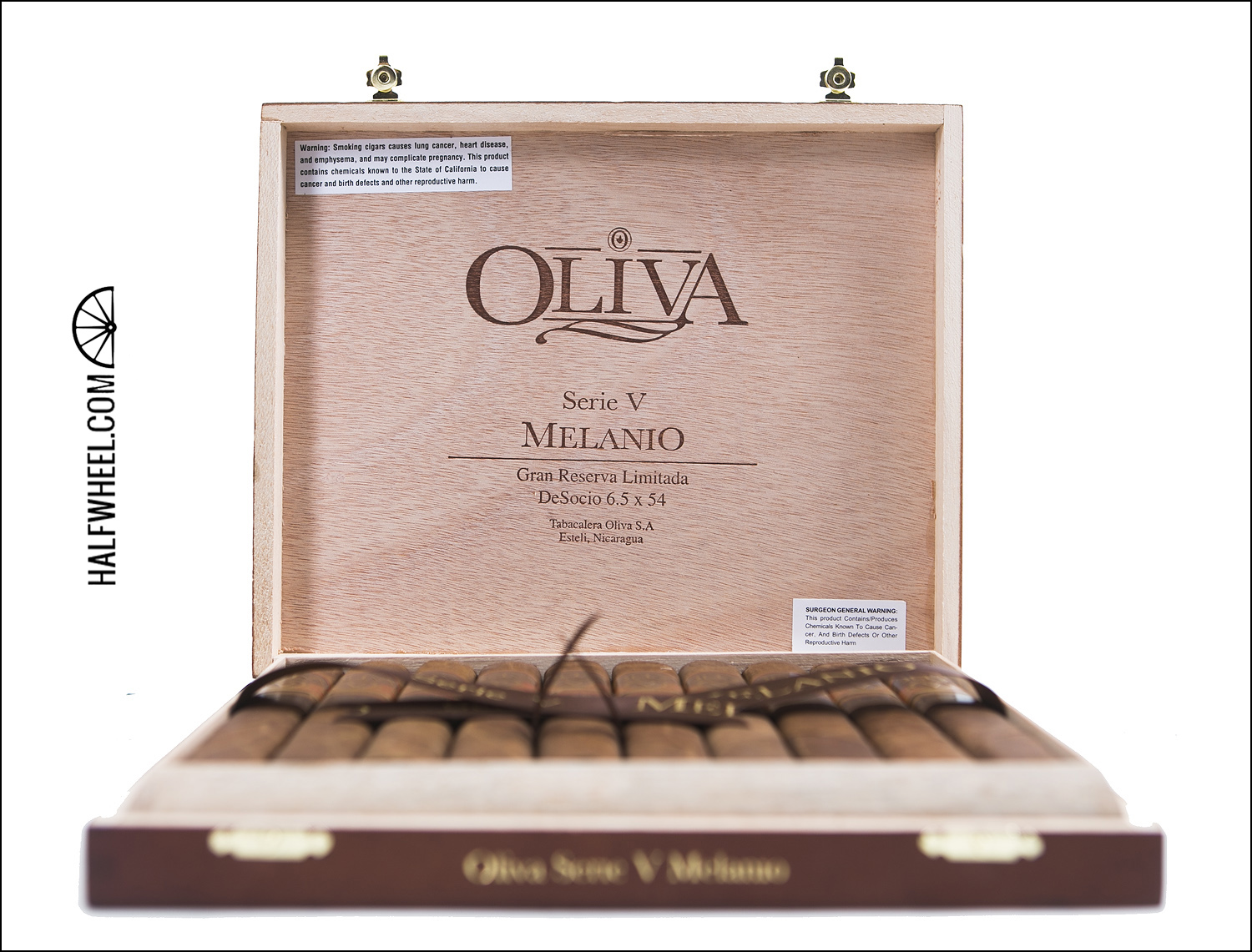 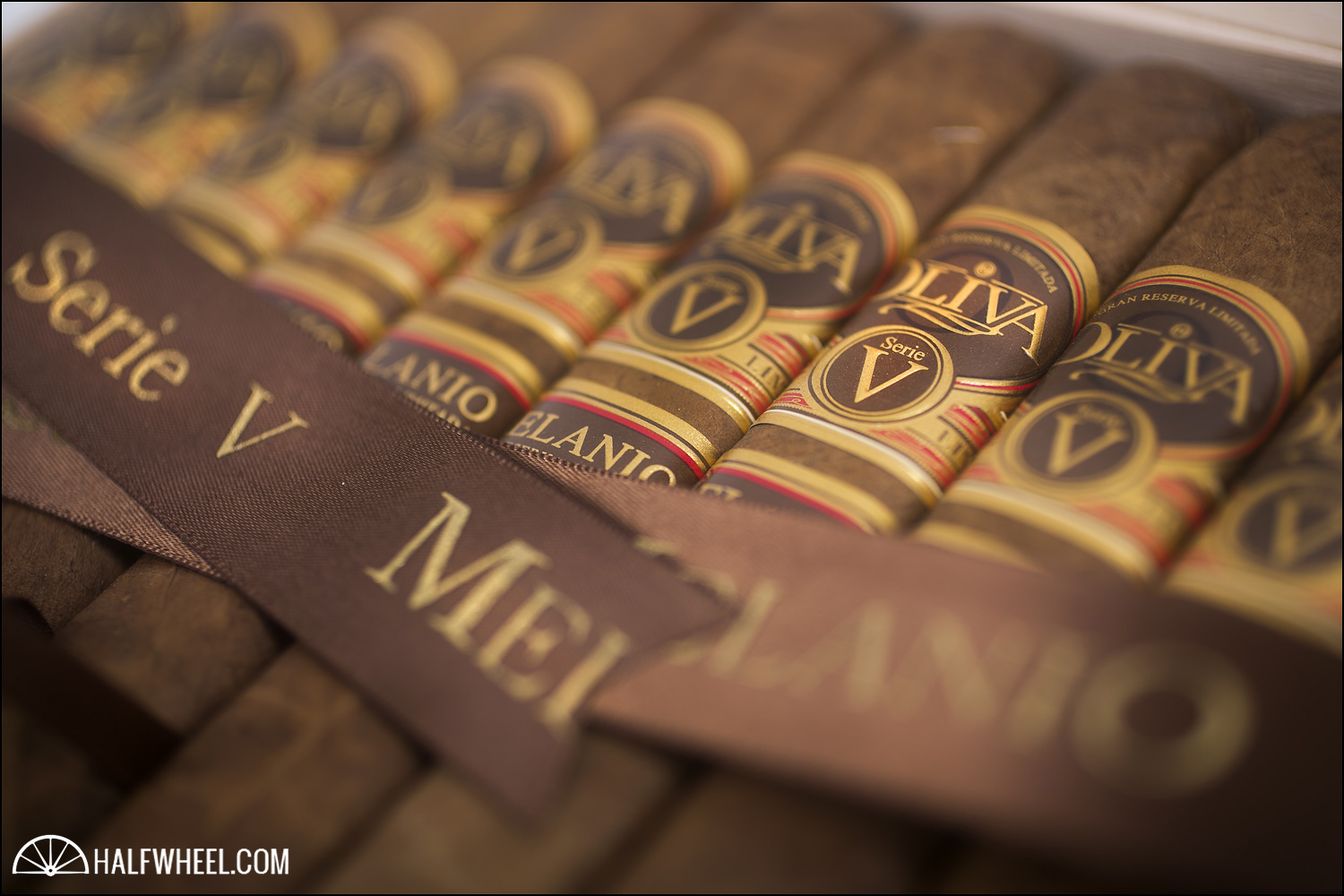 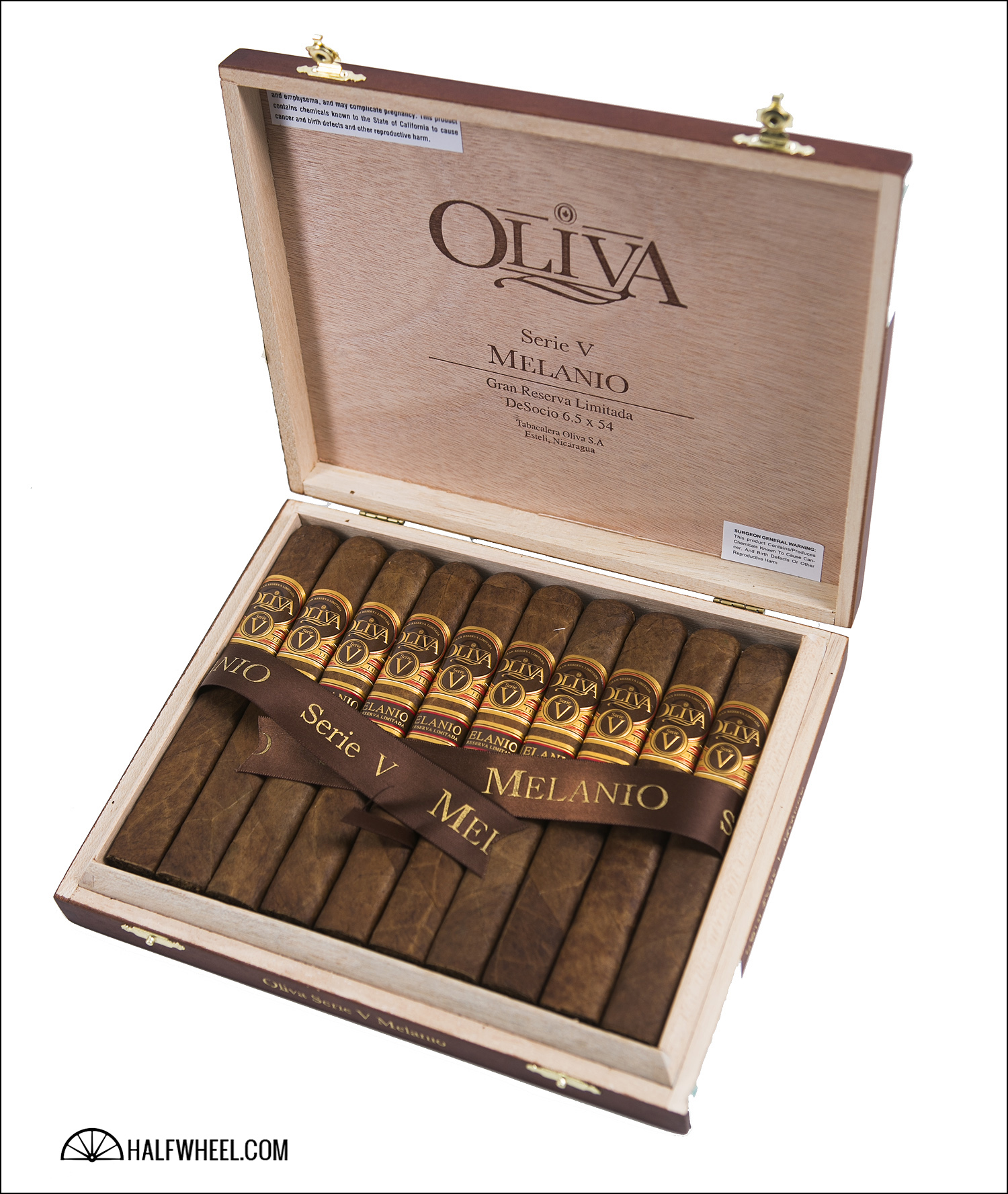 With the addition of the DeSocio, there are now eight different vitolas in the Oliva V Melanio line. They are: 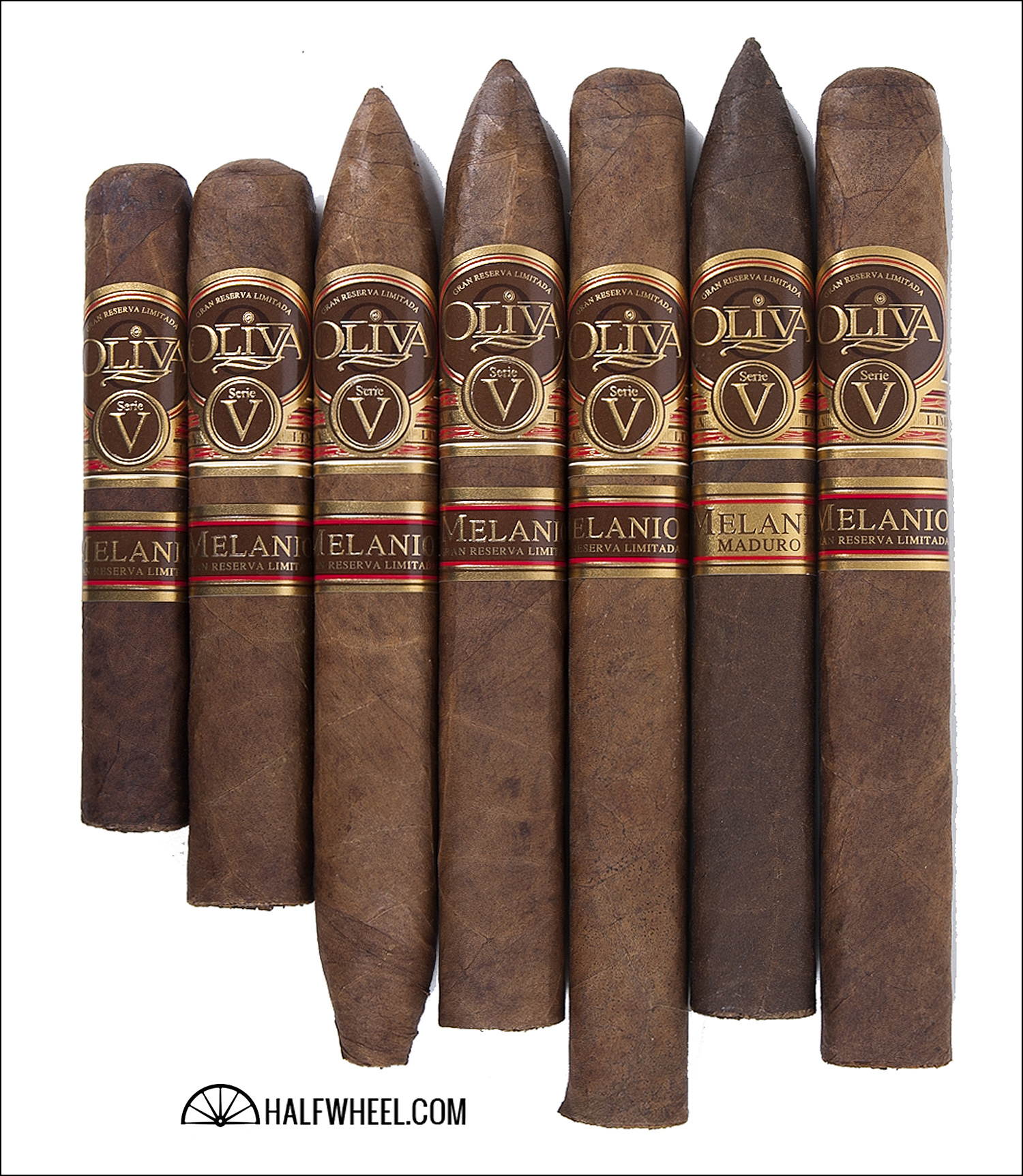 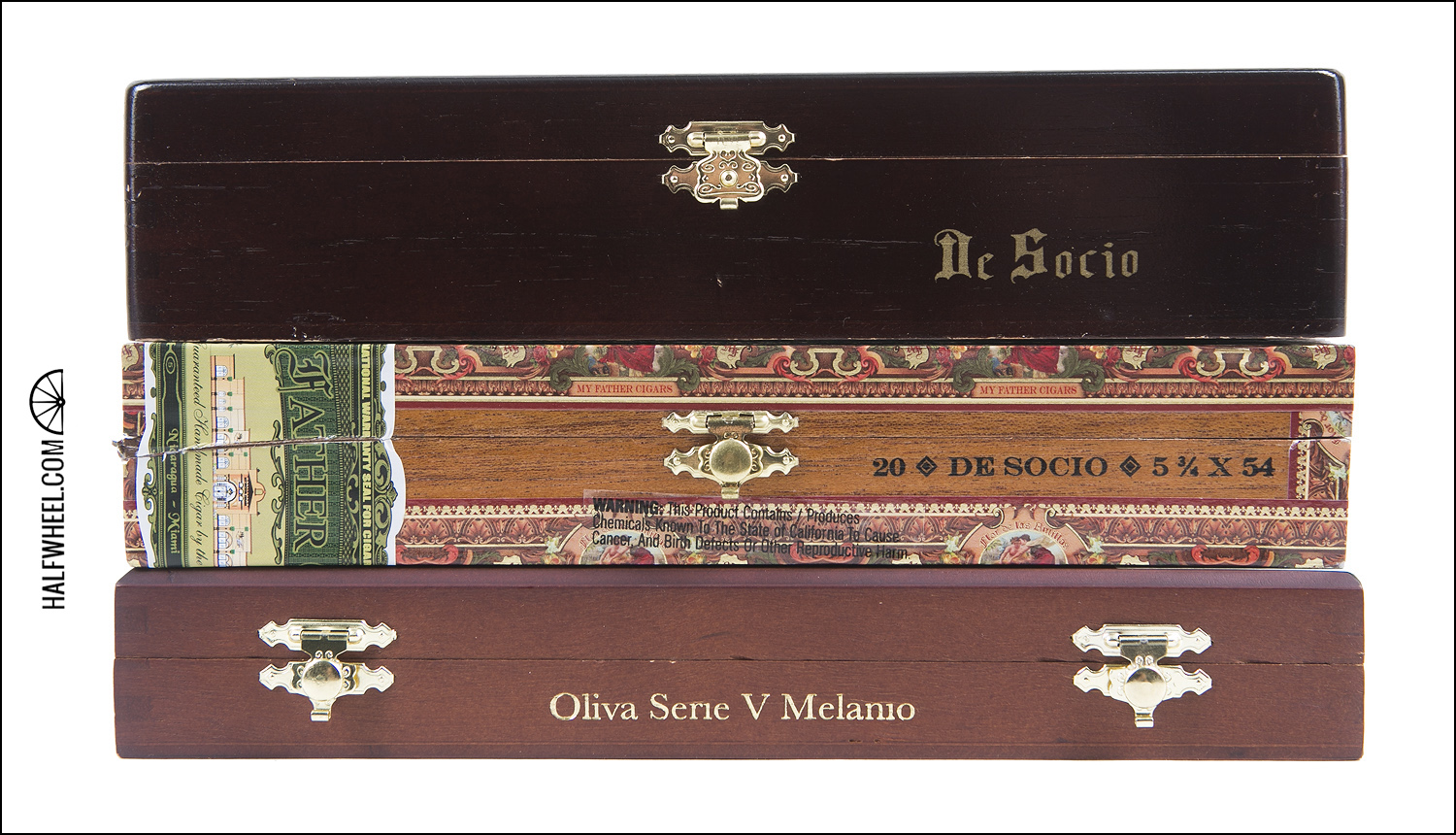 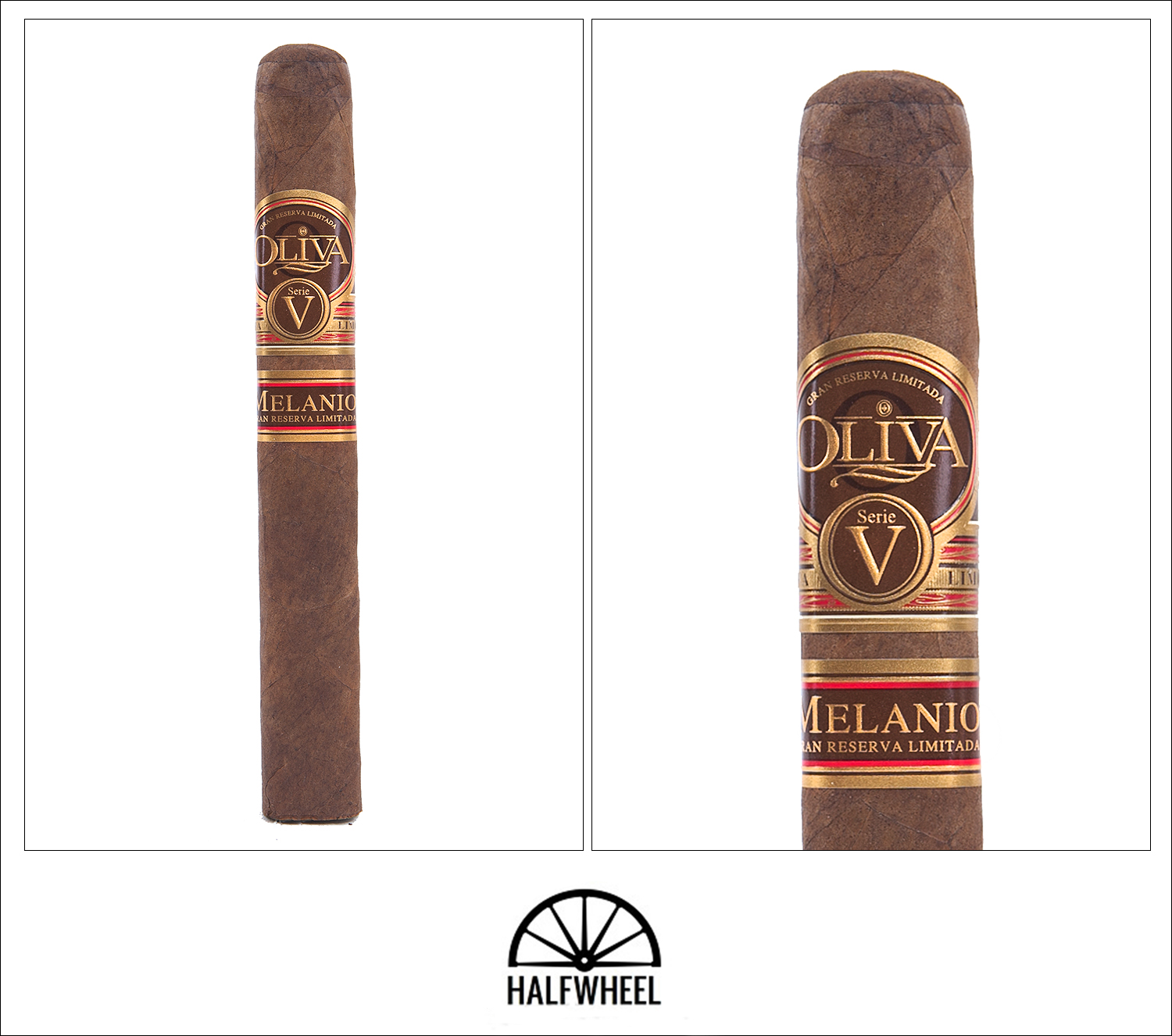 Like the rest of the Melanio line, the Oliva Serie V Melanio DeSocio is covered in a mottled milk chocolate brown wrapper that so smooth it is almost slick to the touch, despite the lack of oil. The box-press is significant, but not extreme, and there is not one vein noticeable on the entire cigar. Aroma coming off of the wrapper is a combination of faint barnyard, dark chocolate and earth, and the cigar is slightly spongy when squeezed.

The Oliva Serie V Melanio DeSocio starts out with a dominant rich creamy cedar note in the profile that adds touches of leather, espresso, nuts and bread at various points during the first third. There is a very nice milk chocolate sweetness that is noticeable underneath, as well as a slight black pepper on the retrohale that seems to be getting stronger as the first third continues. The burn is slightly wavy, although not even bad enough to correct, and the draw has a wonderful amount of resistance. Strength-wise, the DeSocio ends the first third slightly below the medium mark, and while it is getting stronger, it is not doing so very fast. 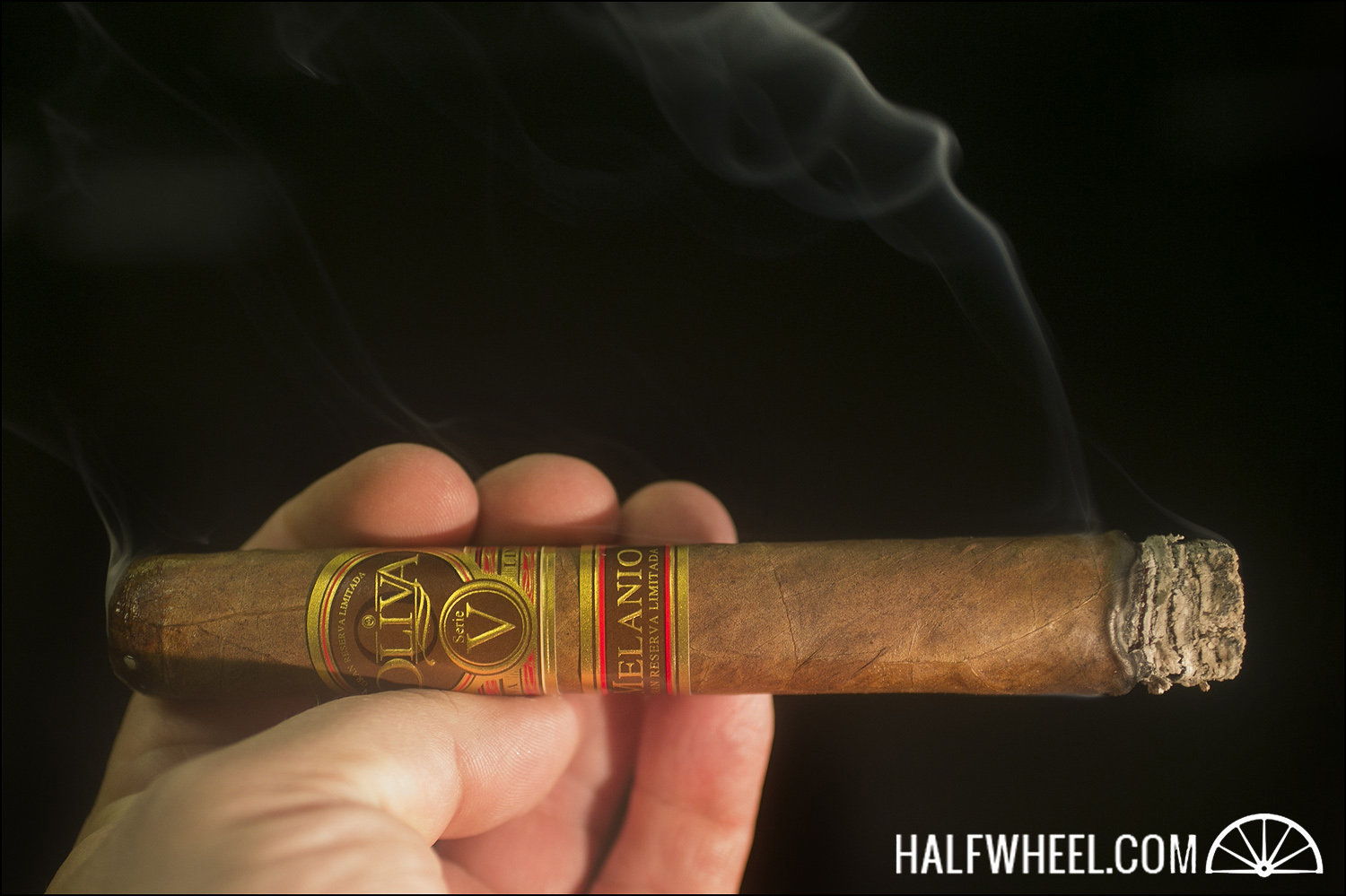 The rich and creamy cedar note continues to dominate the second third, but at about the halfway point, the milk chocolate note shifts abruptly to more of a hazelnut sweetness that combines wonderfully with the other flavors of espresso, leather, earth and bread. There is a bit of saltiness that has been added to the profile, and the black pepper on the retrohale has increased as expected, although it is still far from overpowering at any point. Construction-wise, the burn has evened up nicely, and the draw is still extremely impressive, while the smoke production has dropped noticeably from its high point in the first third. The strength has not gone far, and is only a solid medium by the end of the second third. 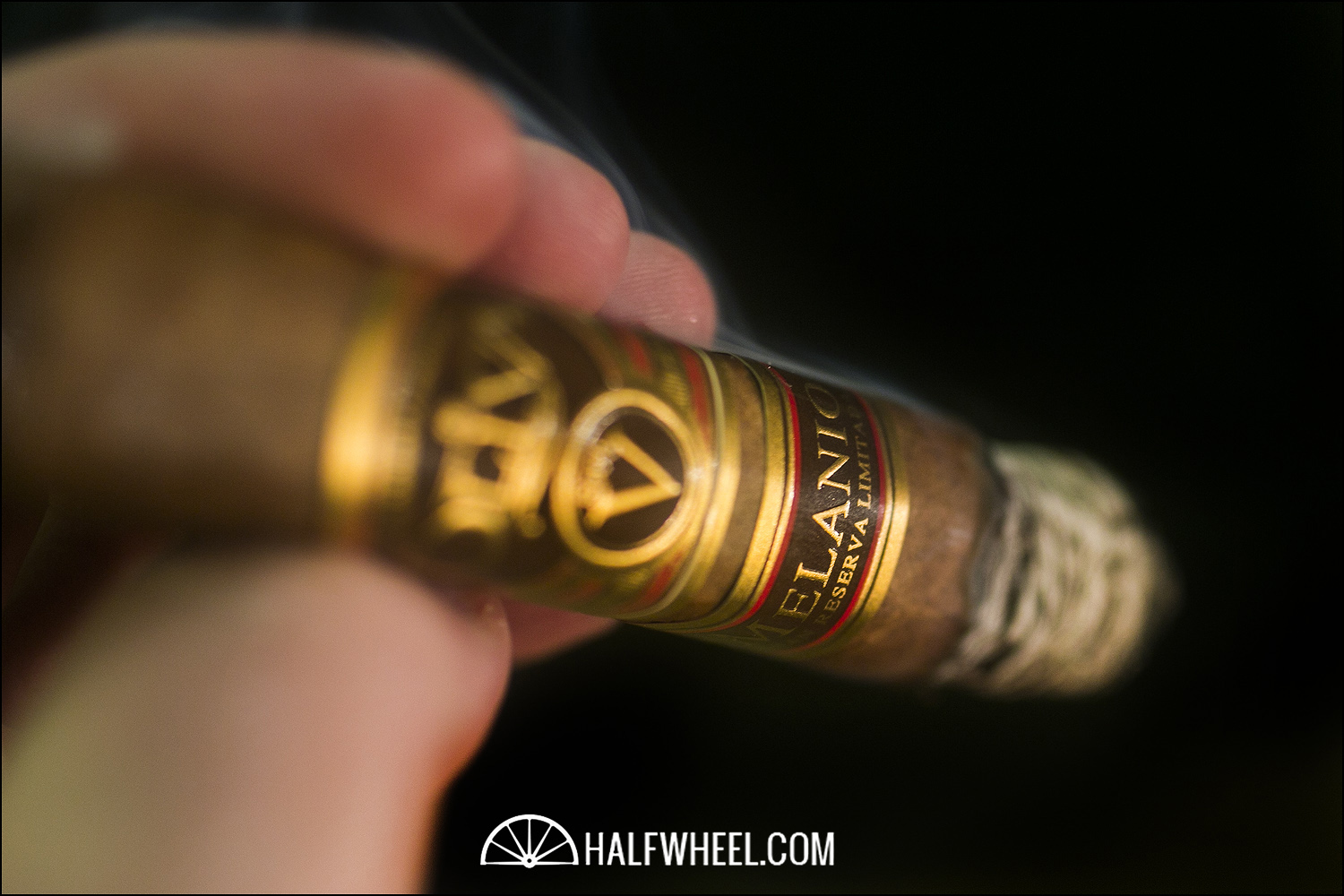 Flavors start to layer on top of one another, as somewhat tart citrus note is added to the profile in the final third, although it is intermittent and never even close to a dominant note. The hazelnut sweetness has been reduced from its high around the halfway point, but it is still a major player, and still strong enough to combine with other notes of espresso, dark cocoa, creamy leather, earth and nuts. Both the burn and draw continue to impress me, with no issues whatsoever with either one, and the smoke production has increased noticeably as well. The overall strength ends just slightly higher than medium, about where I expected, and I am able to get the nub down to less than an inch left without any major bitterness. 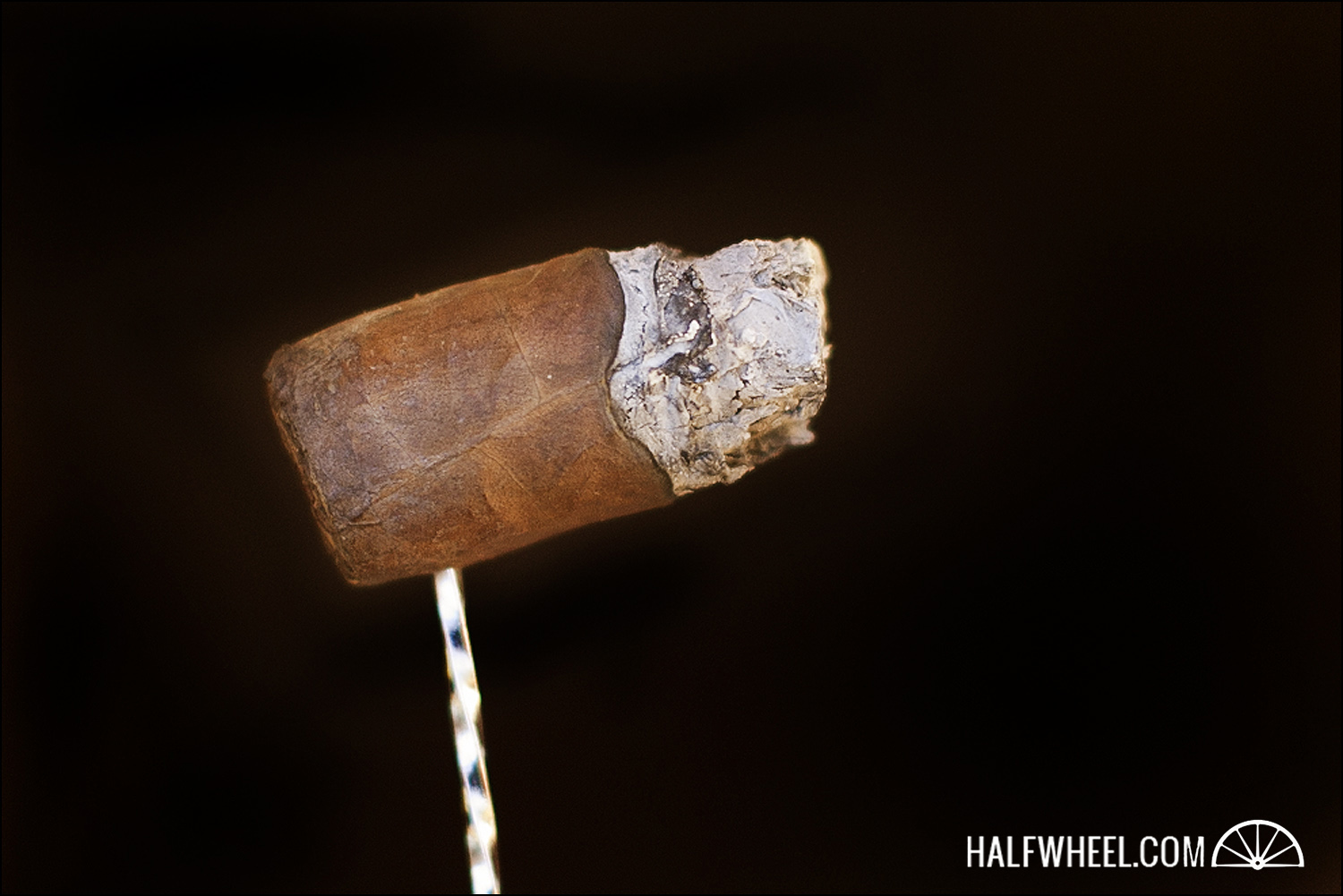