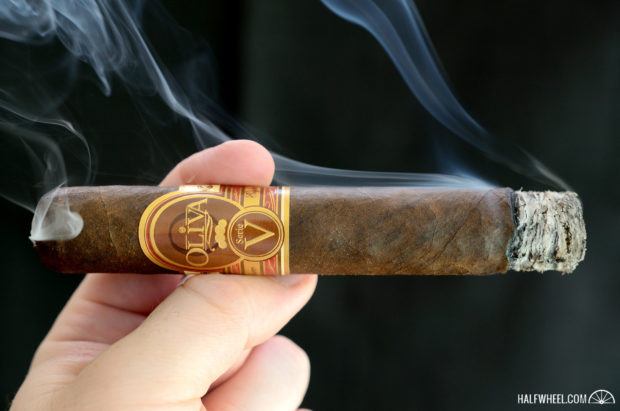 Since 2008, Oliva has released its Serie V Maduro Especial as a limited edition spin on its incredibly popular line, which had arguably been the company’s flagship prior to the arrival of the Serie V Melanio. In 2014, Oliva took the release to new territory, releasing a 6 x 60 Double Toro that was the thickest release of the seven up to that point, while keeping the Mexican San Andrés Maduro wrapper over Nicaraguan binder and fillers. In 2015, that same 6 x 60 Double Toro released again, using the same blend as well.

In July of this year, Oliva Cigar Co. was sold to J. Cortès, and all reports indicate that J. Cortès has no intention of changing much of Oliva’s business model, so the question on my mind is certainly if we’re going to see another Maduro Especial release this year. Since these seem to be released in the fourth quarter of the year, we should be finding out soon if that’s the case.

While the cigar community awaits that answer, I found the 2014 release in my humidor and decided to see how nearly two years of rest might have improved on what I thought was a good, but not great version of the Serie V Maduro. Here’s what I originally had to say about it in November 2014:

This was not the favorite Serie V Maduro that I’ve had; that would be the 2012 version. Having said that, this year’s has a very enjoyable profile of notes that mesh well together and enough development to not be boring. The construction for the most part was great, with only the minor blow out being an issue. As for the size, it’s definitely not my favorite—just a little too large for my preference. Keeping that in mind however, I don’t think the fatter ring gauge had any adverse effect on the flavor. If you’re a fan of the previous releases, this is definitely another one that you should seek out.

While the Mexican San Andrés Maduro isn’t the softest or smoothest wrapper out there, the Maduro Especial’s wrapper still feels fairly pleasant under my fingers. The cigar has softened up a bit in the last couple years, with a nice amount of give leaving it supple instead of hard like it was before. Barnyard aromas of leather, earth and a touch of spice come off the wrapper, while the cold draw has huge notes of cocoa powder, cinnamon, spice and a bit of sweet raisin. The big pepper note that assaulted my tongue and lips before is almost completely missing – only the slightest bit of pepper still seems to be around.

Venturing into the first third there is a lot of pepper up front still, despite the fact it was missing on the cold draw. There is still plenty of hot cinnamon and sweet cocoa as well, not quite balancing each other out, but creating an interesting contrast. As it moves on, the roasted pepper note seems to now be more of a charred meaty note, but with some peppers still in the background. The second third doesn’t get quite as sweet as I remember, continuing with the pepper, cinnamon and cocoa, while the brief meaty note has disappeared for more of a leather and earth note. The final third continues much the same, with pepper and cinnamon up front, while the cocoa, leather and earthiness follow closely on their heels. 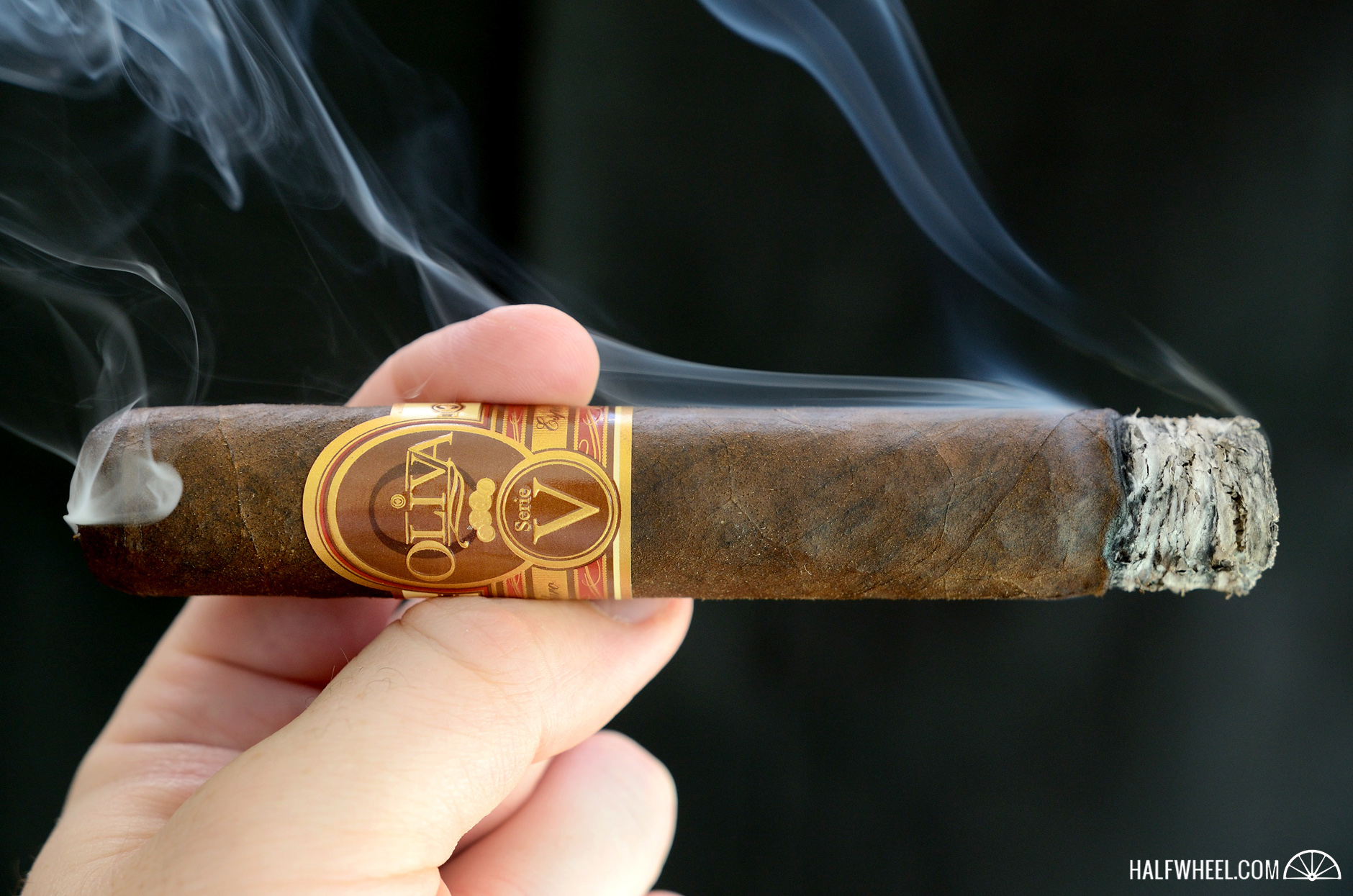 Usually my concern with larger ring gauge cigars is a more loose draw, but fortunately the draw on the Serie V Maduro Especial is right in the middle of ideal. The burn starts off a little wavy, but continues through the first third mostly even. The second third sees my first issue, where an entire quarter of the cigar doesn’t seem to be igniting or keeping up with the rest of the cigar. A touch up is required, but it seems like it might continue ok after that. Unfortunately, that wasn’t the case, with the final third needing more help to keep that quarter lit, requiring a couple more touch ups along the way.

The bulk of the profile hasn’t seemed to change that much; black pepper and vegetable peppers both remain as strong as before, not seeming to have calmed down at all. Unfortunately I still had some construction issues, although they were different from before. There was a large looking stem I saw at the foot that could have been the root of one section's lagging, but regardless I’m not entirely sure it affected the profile overly much. As I said before, this isn’t my favorite of the Oliva Serie V Maduro Especials, but it’s still a pretty good cigar.