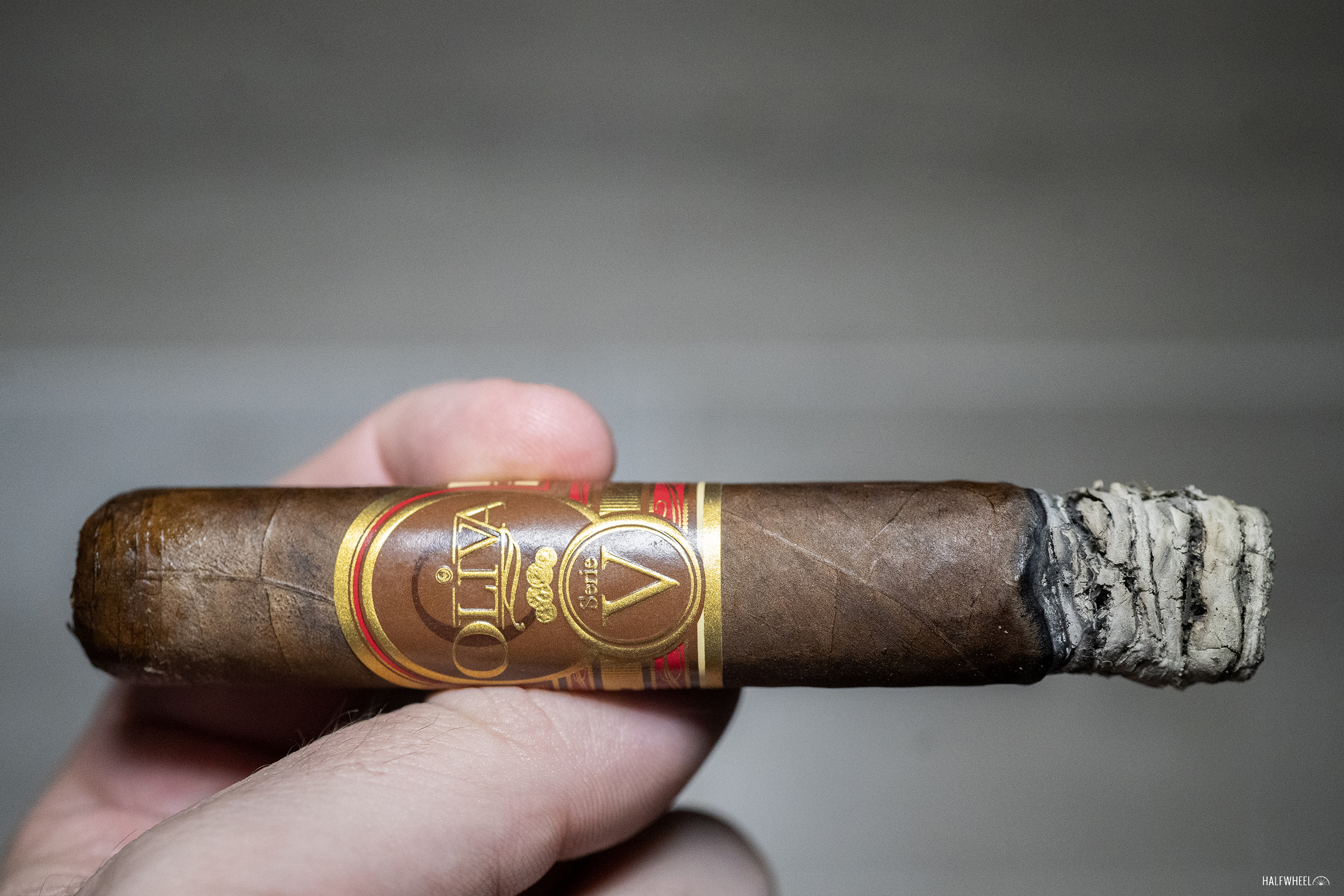 There’s likely not much left to be written about Oliva’s Serie V line; having debuted in June 2007, the line has become a staple in stores and consumers’ humidors as well as an iconic cigar of the last 15 years. If there is something left, I’m both puzzled and quite interested as to what it might be.

It has grown to eight regular production sizes, from a lancero and petit corona to a pair of 6 x 60s in a parejo and figurado option. It has also gone add to add several extensions: the previously limited edition maduro versions have become regular production offerings, and sister lines in the form of the Serie V Melanio and Melanio Maduro, both of which honor the company’s patriarch.

This year, Oliva released a new vitola for its contribution to Cigar Rights of America’s Freedom Sampler, an annual release that includes cigars from some of the organization’s biggest supporters. 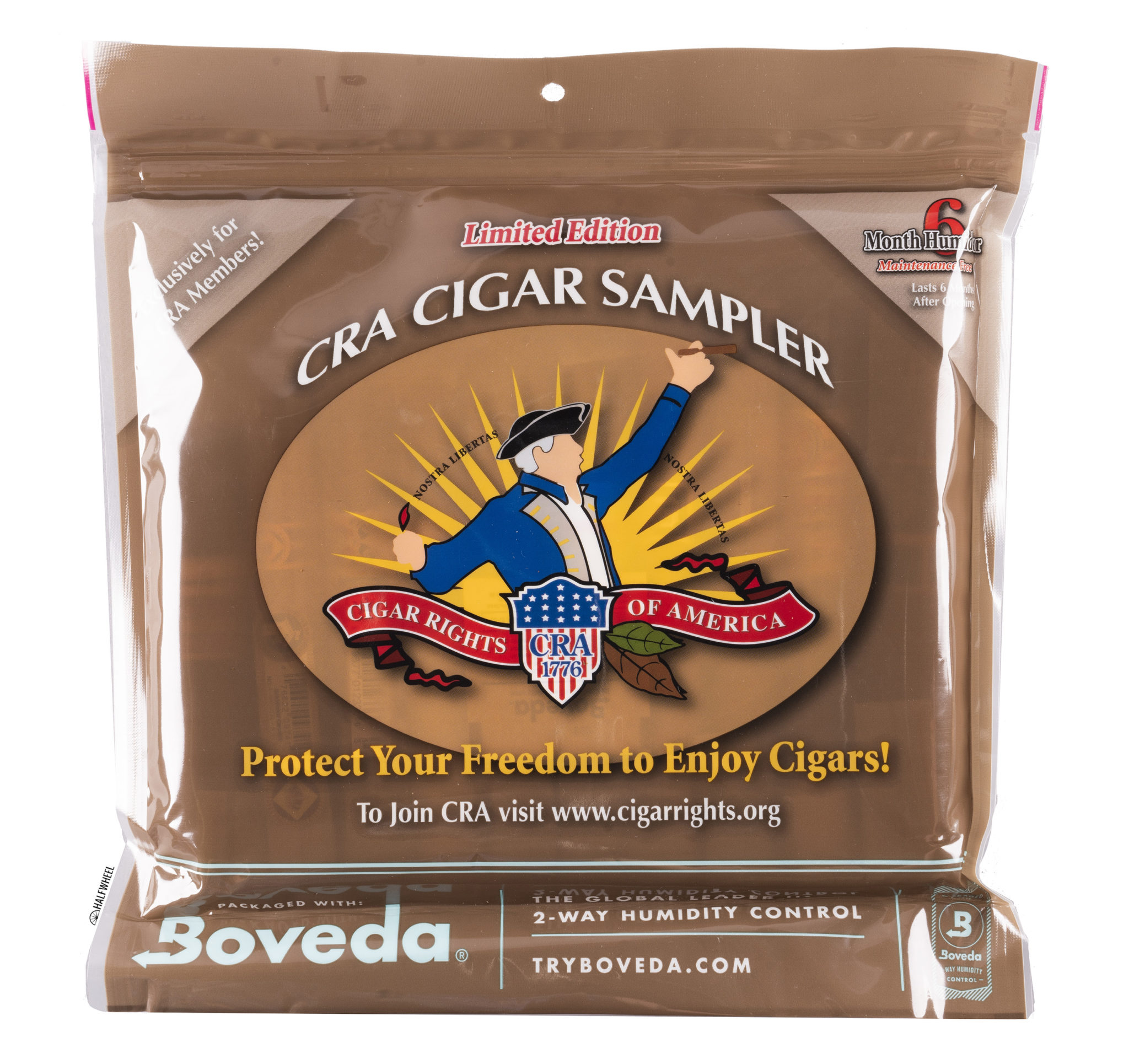 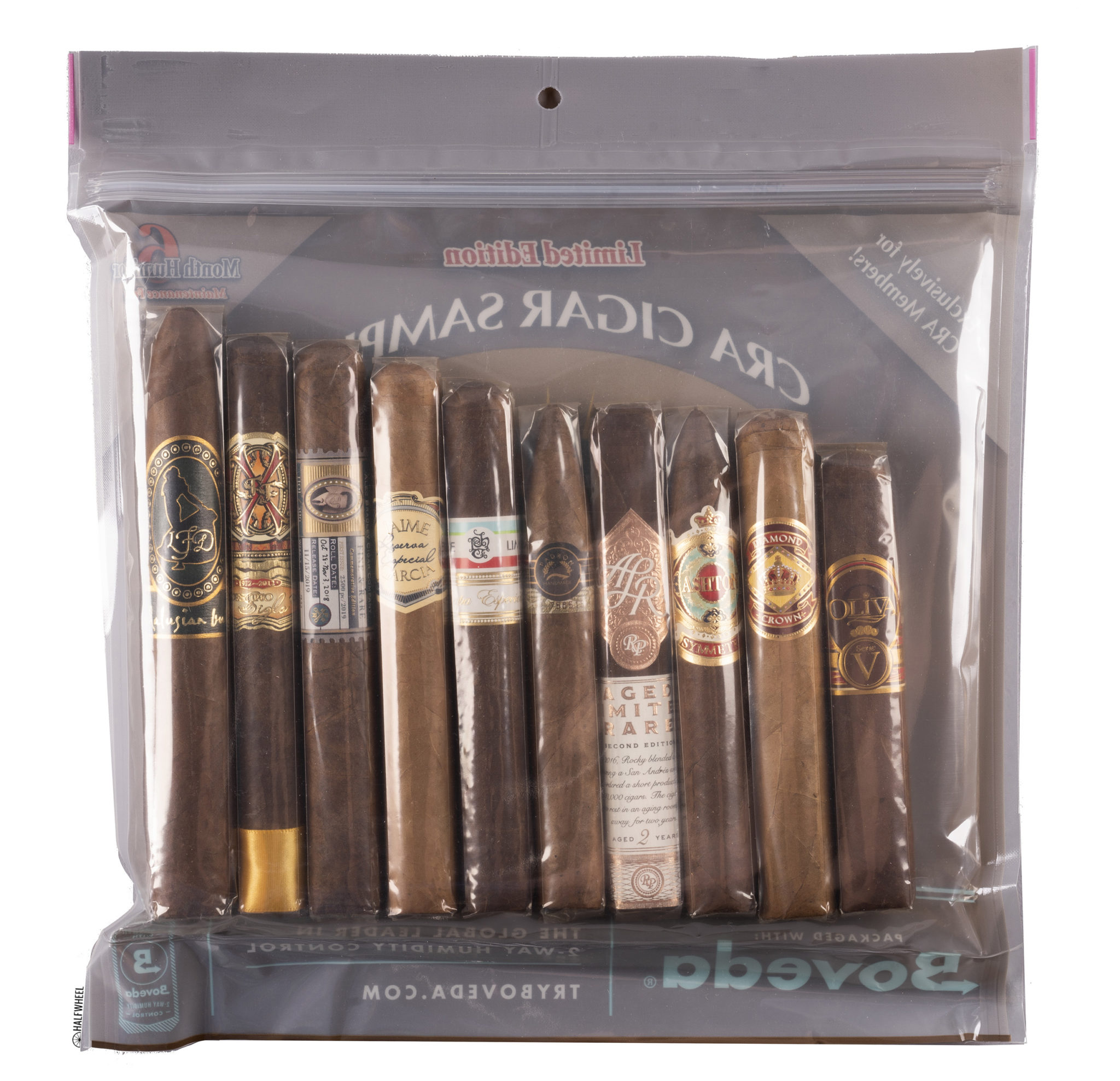 This year’s sampler included 10 cigars, four of which were exclusive offerings, with the other six–or seven, technically, as Ashton contributed two cigars—are higher-end offerings from each company’s portfolio. 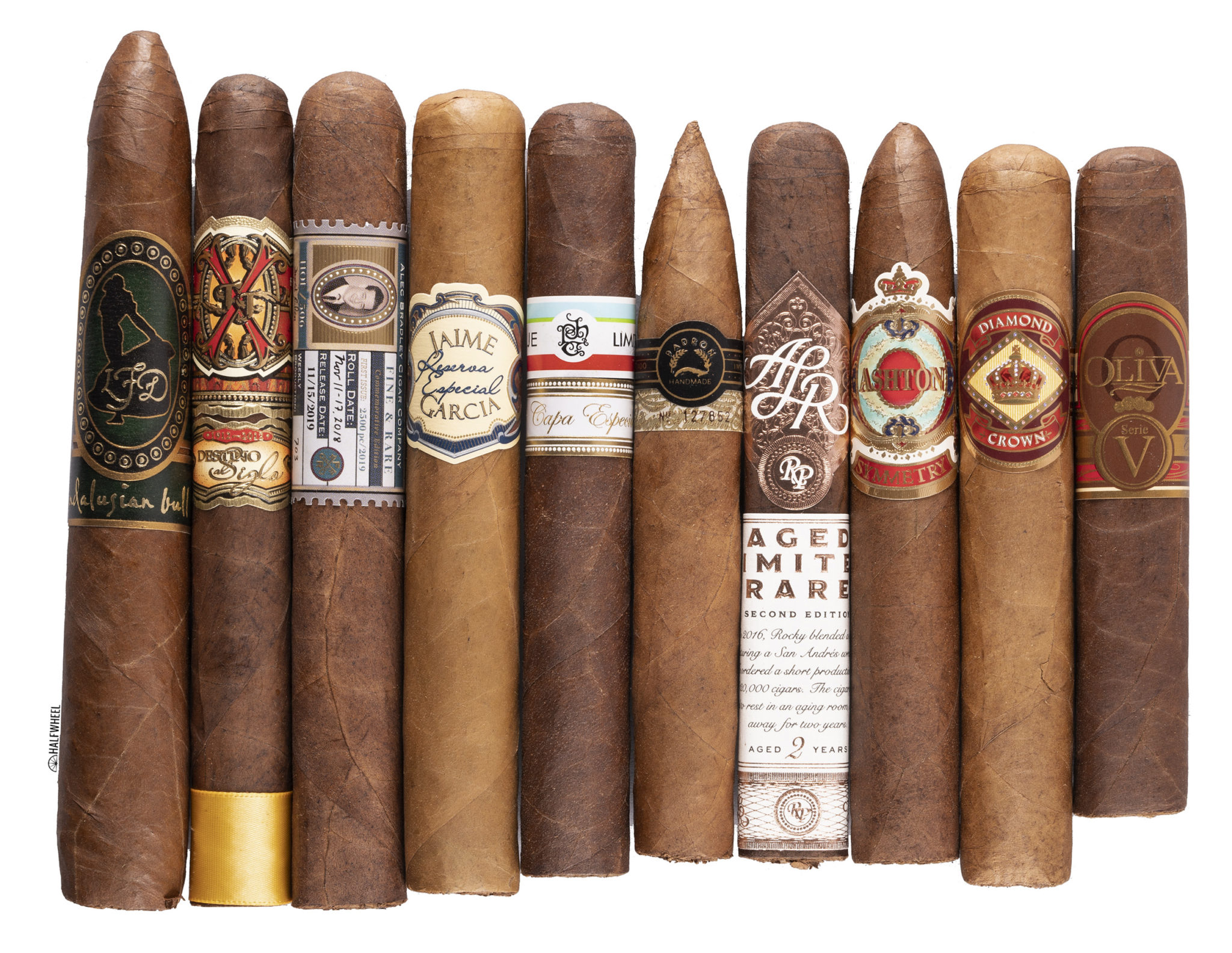 Each sampler has an MSRP of $160, though the actual price can vary a bit between retailers. In addition to the cigars, each sampler comes a one-year membership to Cigar Rights of America. 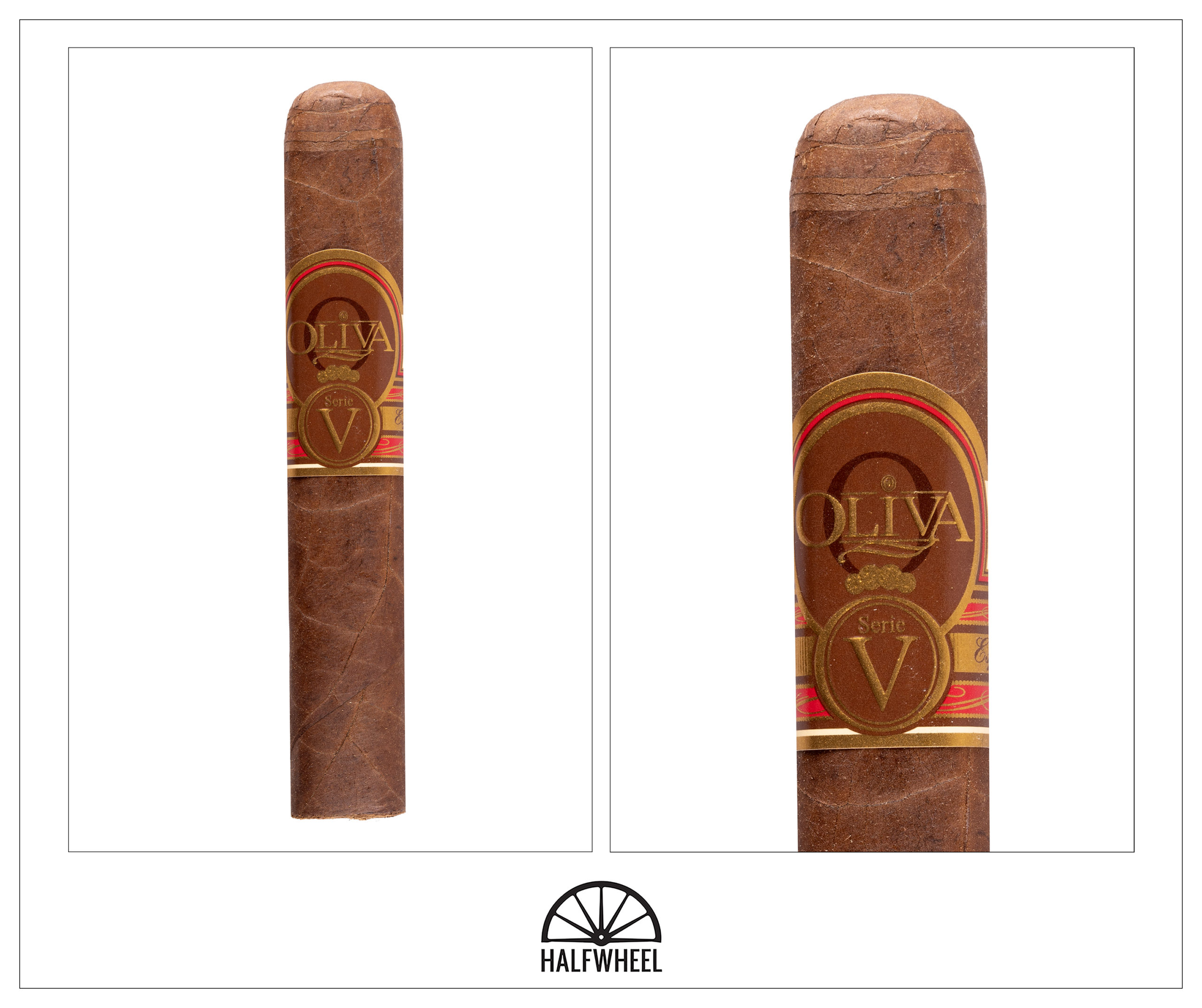 Just by looking at the cigar, there’s nothing inherently eye-catching or immediately distinctive about this vitola. Sure, it’s box-pressed, but it wears no additional bands such as one for the CRA, and the one it does wear is the same as the rest of the line. That means you have to know a bit about the Oliva Serie V line to know that box-pressed cigars aren’t common here, as this core line generally features round vitolas. Of course, with the Melanio line extension that has changed and clouded the waters a bit, but an old-school, original Serie V is generally a round cigar. It’s a good-looking cigar, and I’ve always appreciated the way the colors of the band seem to perfectly complement the wrapper, a dark brown leaf with a bit of mottling but also what seems to have a bit of redness to it in certain lights. It is also surprisingly smooth to the fingers, and while it’s not particularly oily, there is a touch of oil to be found. If I had to select a sample for what I think of in terms of a box-pressed cigar’s firmness and construction, this would be as good as any: firm from side to side but a bit more pillowy front to back. There are no signs of stretching on the wrapper, the seams are perfectly flat and the caps are all well-applied. The foot of the cigar offers aromas of cedar and sweet woods, a bit of a charcuterie board, a very light fruit aroma and the crustiness of a French roll. The cold draw is either ideal or just on the firm side of ideal, with a more subdued flavor level than that of the aroma. I get a bit of black pepper, finished campfire and some corn, a flavor I can’t recall finding before, along with a smooth, slightly fruity glaze that I notice more of a component of the airflow instead of the flavor profile.

I’m intrigued by the flavors of the first half inch, as it’s been some time since I’ve smoked an Oliva Serie V so am hoping this jogs my memories as to a cigar I used to smoke fairly frequently. There’s a bit of chalk, some cedar, a gentle pepper tingle on the tongue, and what I’d refer to as a dry creaminess. As the first third progresses, there’s more earth coming out in the profile, and this expression lands on both the drier and lighter sides of the chart. It also has some rockiness at times, which when combined with the pepper makes for an enjoyable, tongue-tingling finish. As for retrohales, they are surprisingly vibrant and offer some red chili pepper that lights up my nostrils. The smoke is fairly light-bodied through the nose, which only enhances that sensation as well as bringing out some of the chalk. The woodiness of the profile builds by way of a slightly damp expression, which gives the smoke more body as well. There is plenty of smoke from each puff, an even burn line and absolutely no issues with the draw. Flavor is medium-plus, body is medium, and strength is just below medium.

It doesn’t necessarily happen at the exact one-third mark, but at some point around that mark, the Oliva Serie V 5 x 54 Box Pressed sees its flavor, body and strength all tick up a bit into a profile that definitely reminds me of what I remember about the cigar from years gone by. I’d love to say it is an inherently unique flavor—a rich, juicy sensation that draws on black pepper, earthiness, meatiness and a bit of wood—but I can’t say with enough confidence that it isn’t a profile that doesn’t exist elsewhere. But what I can say is that it is a very good profile, one that is a reference point in the cigar landscape and which other cigars are judged. Right around the midpoint, the flavor becomes a bit more vibrant, still with some chalk and creaminess but now the pepper has a more lingering finish, something that I didn’t get earlier. It seems to come at the expense of the initial flavor, which has lost some of its juiciness and some of its vibrancy. Retrohales have shifted as well, as they are a bit more black pepper-forward, with it coming alive and giving them a vibrant character that is different from the red chili pepper sensation from earlier. Construction is still very good, with the flavor medium-full, body medium-plus, and strength just over the medium mark. As the Oliva Serie V 5 x 54 Box Pressed gets into its final third, the profile doesn’t change drastically, though there are some small steps taken as the burn line creeps its way towards the finish line. There is a bit more earthiness, and it’s back to being a fairly rich expression of that flavor. Black pepper doesn’t increase in intensity but it does extend its stay on the tongue as the flavor lingers a few seconds longer than it did earlier. Strength is also beginning to creep up, leaving a more noticeable sensation in my system than it did in the first two thirds. I don’t want to say that the lingering flavor has a bit more of a burn to it, but there is definitely a touch more char and finished campfire or charcoal grill beginning to join the flavor. There’s a bit of heat joining the profile in the final inch or so, a sign that the cigar seems ready to be put down after about two hours of smoking time, a flavor that gives the chalk a bit more vibrance and leaves a more lingering finish on the front of the half of the tongue as well as throughout the palate. Much I would like expect to say about pretty much every Oliva Serie V release, the Oliva Serie V 5 x 54 Box Pressed is a very good cigar. The first sample didn't impress as much as I was hoping, but the second and third were both on par with what I think of from the line. There is plenty of earth and pepper, but more important is the combination of all the flavors, an example of the total being greater than the sum of its parts. It's a profile that takes a little while to get to, but once the second third begins burning it is clear as to why this is such an iconic cigar line. I certainly recommend picking up the sampler both to support CRA and try this specific cigar, but if you have yet to try the Serie V line, or it has simply been a while, grab any of the vitolas and commit this blend to memory.