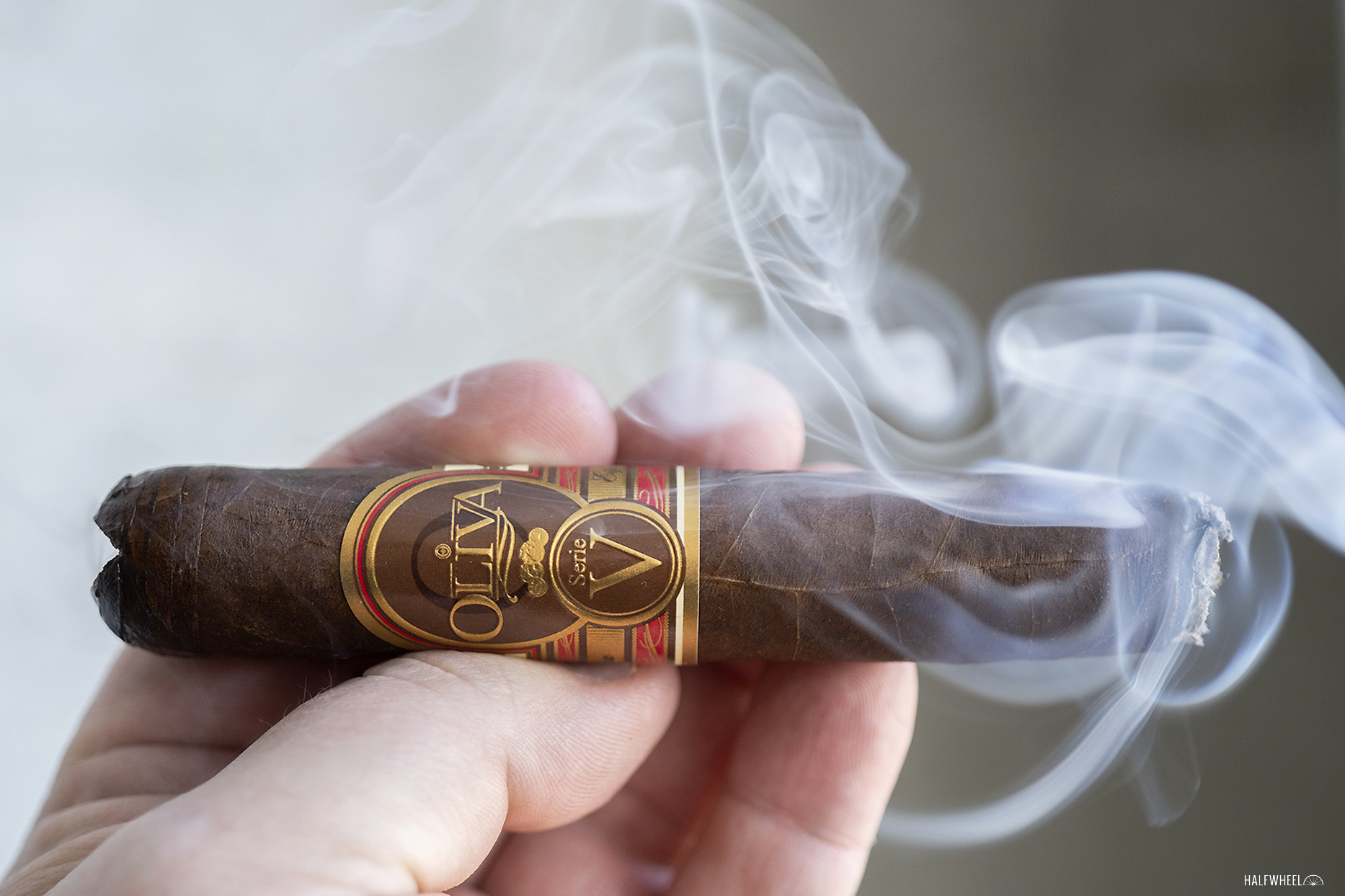 There are quite a few different series of cigars on the market today, but if you had to ask a person who is somewhat knowledgeable about the cigar industry and its history to name a series that has been around for 15 years and continues to add multiple cigars every year, one would most likely be near the top of the list: the Oliva Serie V.

Since it debuted in June 2007, the Serie V line has grown in numbers quite a bit, and at my best count, now includes more than 40 different unique releases. There are also at least three different line extensions—Oliva V Melanio, Oliva Serie V Melanio Maduro and Serie V Maduro Especial—and cigars have been created for any number of special events and anniversaries as well as a number of store exclusives. In addition, there have been a number of European exclusive versions, including a 5 x 60 version and the Serie V Melanio Edición Limitada Series. 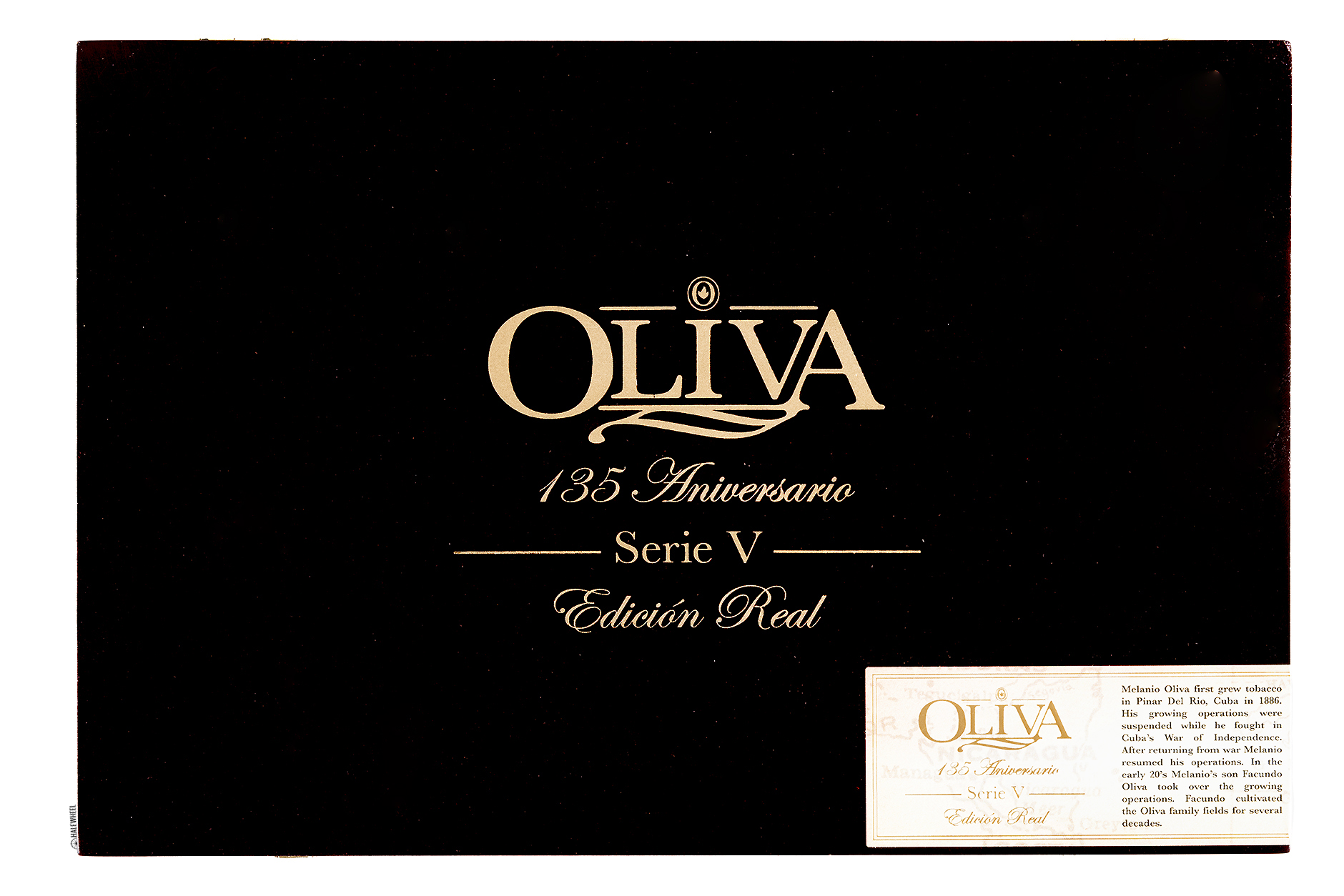 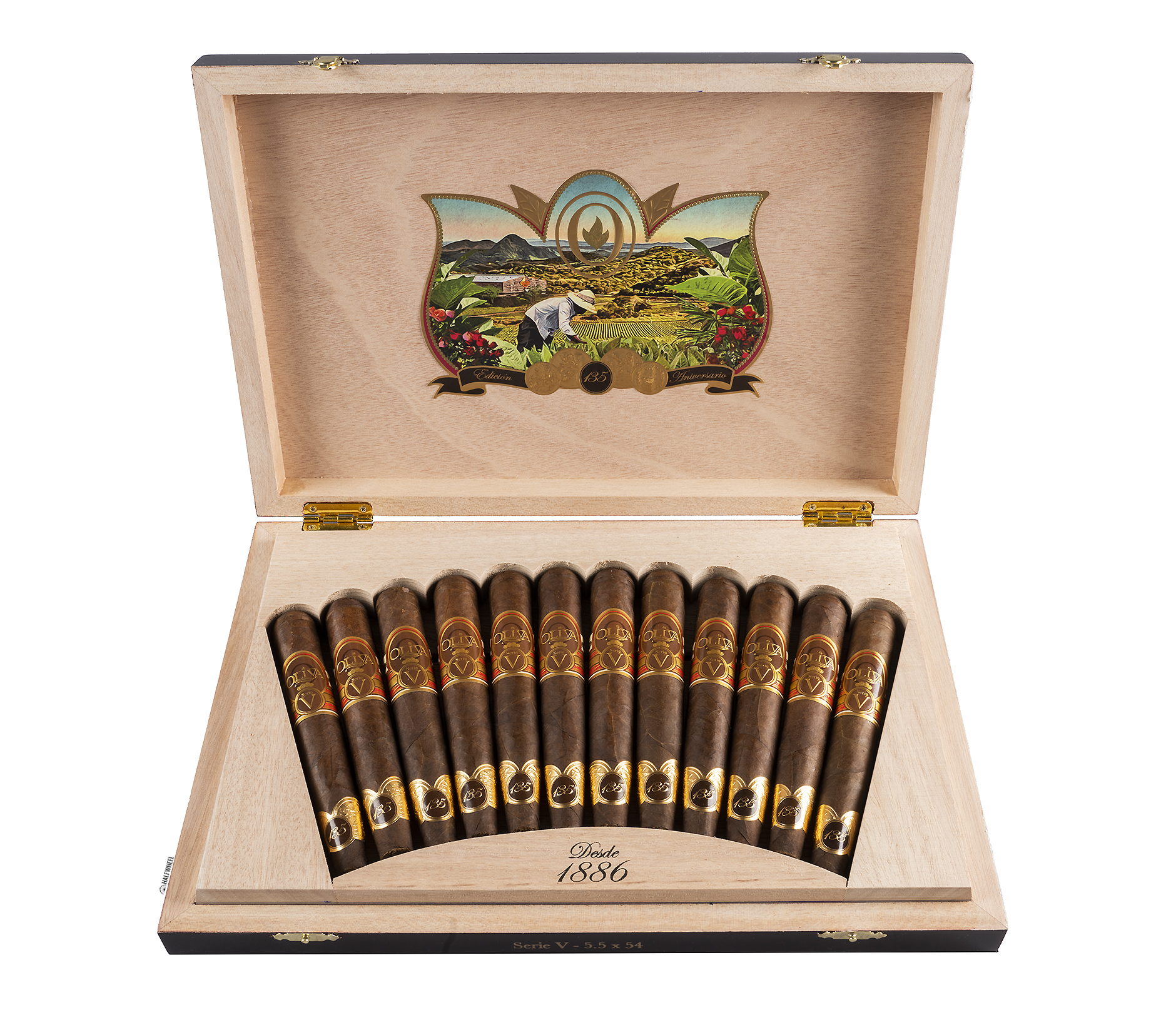 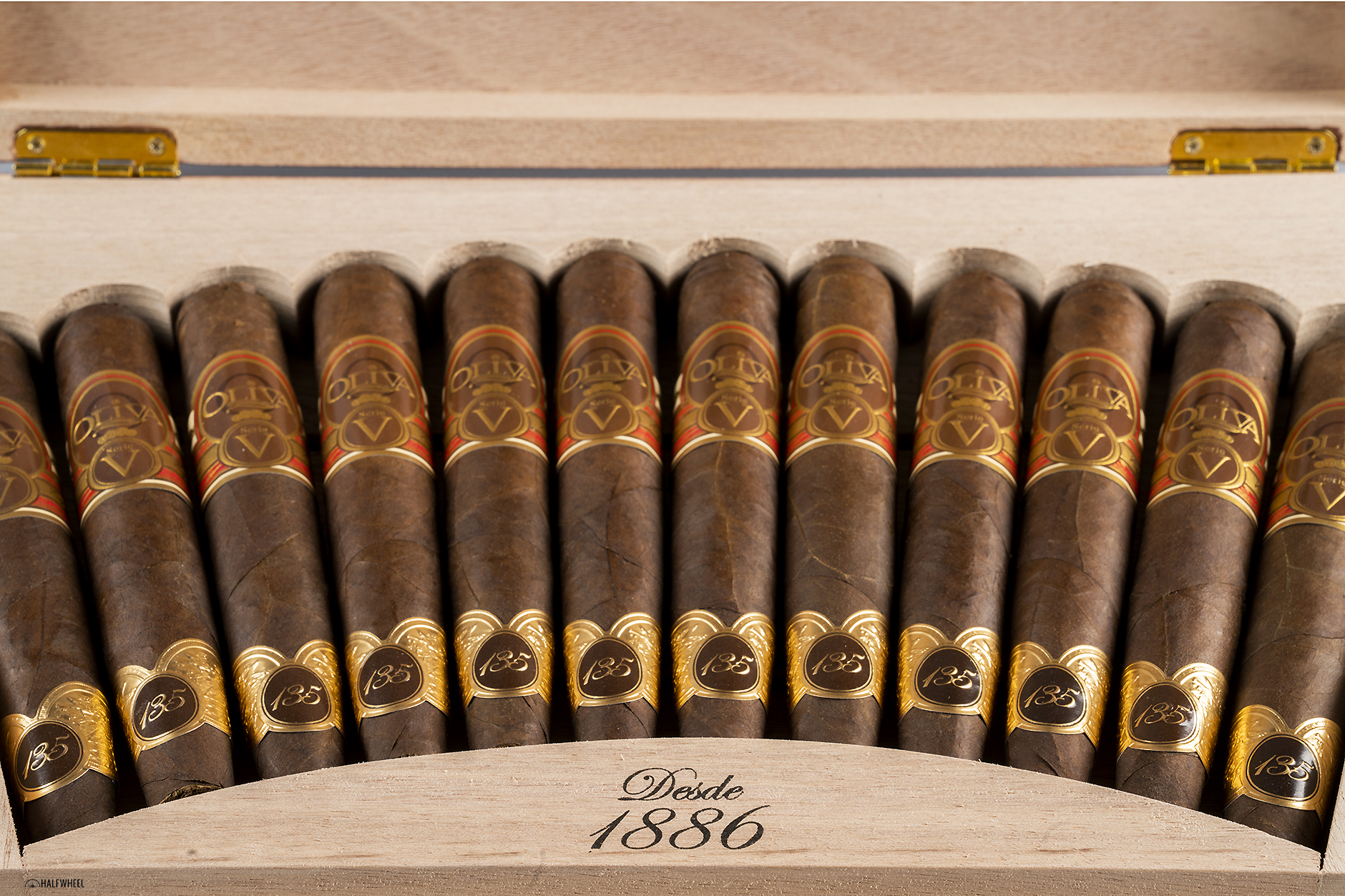 The newest release in the line is the Serie V 135th Anniversary Edición Limitada, a 6 1/2 x 54 perfecto that features a normal parejo cap before transitioning into a unique tapered foot. As the name implies, the cigar was released to commemorate a 135th anniversary in the company’s history: however, since Oliva Cigar Co. is not even 30 years old yet—it was actually founded in 1995, albeit under the name of Gilberto Oliva—the cigar was created to pay tribute to the year that Melanio Oliva first grew tobacco in Cuba’s Pinar del Río, which is considered to be the start of Oliva as a tobacco family.

Blend-wise, the 135th Anniversary Edición Limitada is made up of the same blend as the regular Serie V, specifically an Ecuadorian wrapper covering a binder and filler tobaccos grown in Nicaragua. The new cigar has an MSRP of $10 per cigar and is limited to 15,000 boxes of 12 cigars that started shipping to retailers on Nov. 3, 2021. In addition, the cigars are arranged in a fan-like shape within the box, and each box lid features a piece of art depicting a man harvesting tobacco in a field. 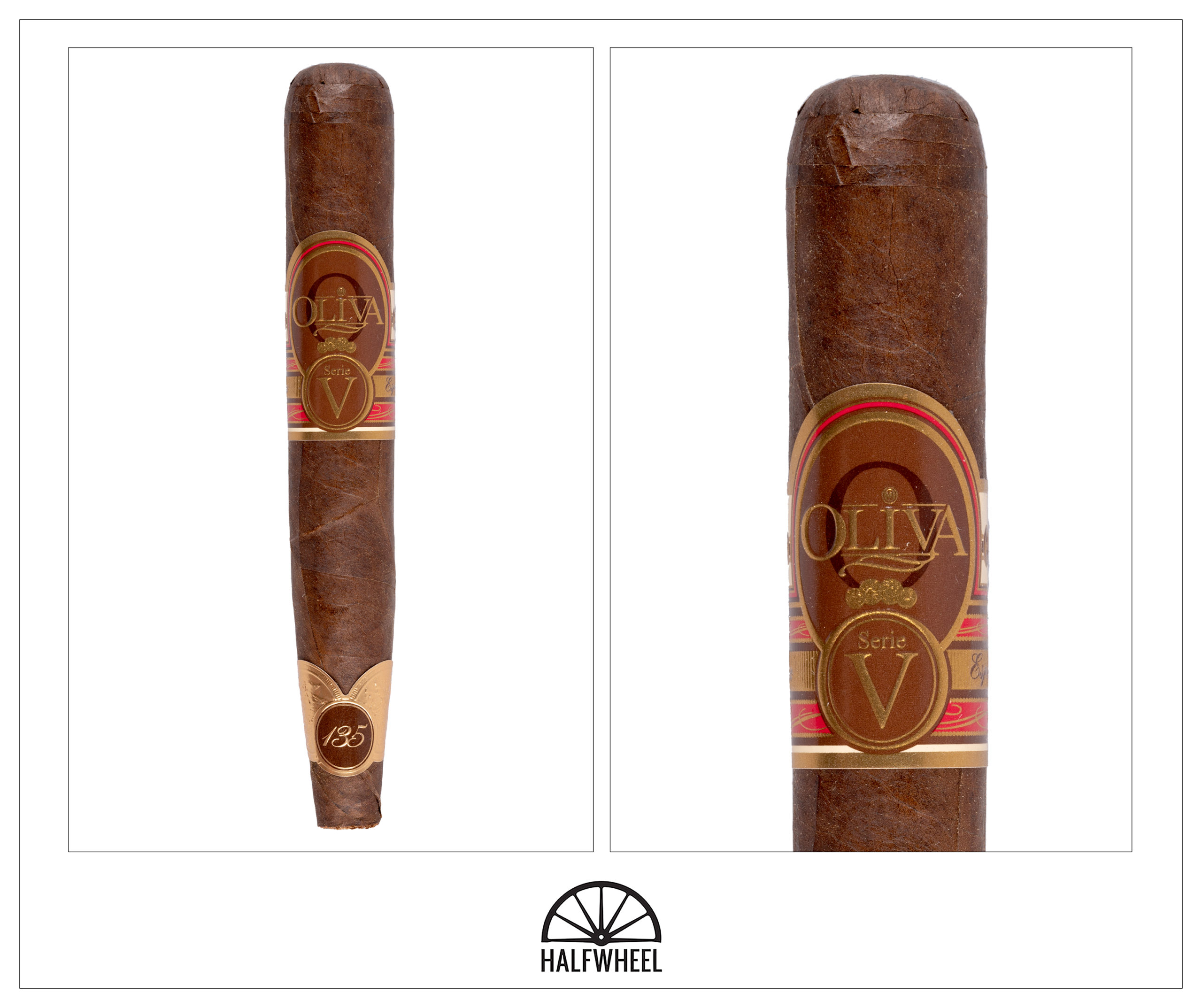 Visually, the Oliva Serie V 135th Anniversary Edición Limitada is quite unique, with a round cap that tapers into a very thin point by the end foot. The cigar is covered in a dark espresso brown wrapper that features an obvious reddish tint and is silky smooth to the touch. In addition, there are some veins present that are very obvious—albeit not overly distracting—and the cigar is nicely firm when squeezed. The aroma from the wrapper is a combination of light cedar, earth, dark chocolate, manure and generic nuts while the foot brings notes of cinnamon, cocoa nibs, hay, wood, barnyard, almonds, vanilla sweetness and black pepper. Finally, after a v-cut the cold draw includes flavors of anise, black pepper, leather, earth, almonds, cedar and slight strawberry licorice sweetness.

Due in part to its smaller size, the foot of the 135th Anniversary Edición Limitada lights up incredibly easily, instantly bringing not only noticeable spice on my lips but also flavors of leather tack and black pepper that quickly transition to a combination of strong dark chocolate and almonds. Additional flavors of toasted bread, earth, creamy cedar and a slight cinnamon taste flit in and out, while there is a combination of light maple sweetness and black pepper on the retrohale that seems to be increasing a bit as the first third burns down. In terms of construction, the draw is excellent after a v-cut and there is plenty of thick, gray smoke, but the burn needs some minor corrections in one of the three samples. Both flavor and body are just under medium and the strength is between mild and medium as the first third comes to an end.

The main flavors shift a bit during the second third of the Oliva, with the dark chocolate note morphing into a more powdery and chalky cocoa nibs flavor, followed by notes of leather, creamy almonds, gritty earth, roasted coffee beans and toast. There does seem to be slightly more of both the maple sweetness and black pepper on the retrohale, but the spice that was present on my lips in the first third has all but disappeared by the halfway point. Both the draw and the smoke production continue on their excellent path, but the burn on one sample—albeit a different sample than the first third—needs some attention with my lighter to avoid larger issues. Flavor has bumped up to a solid medium but the body remains just under medium, while the strength has increased slightly to a point under medium, although it is obviously still rising. 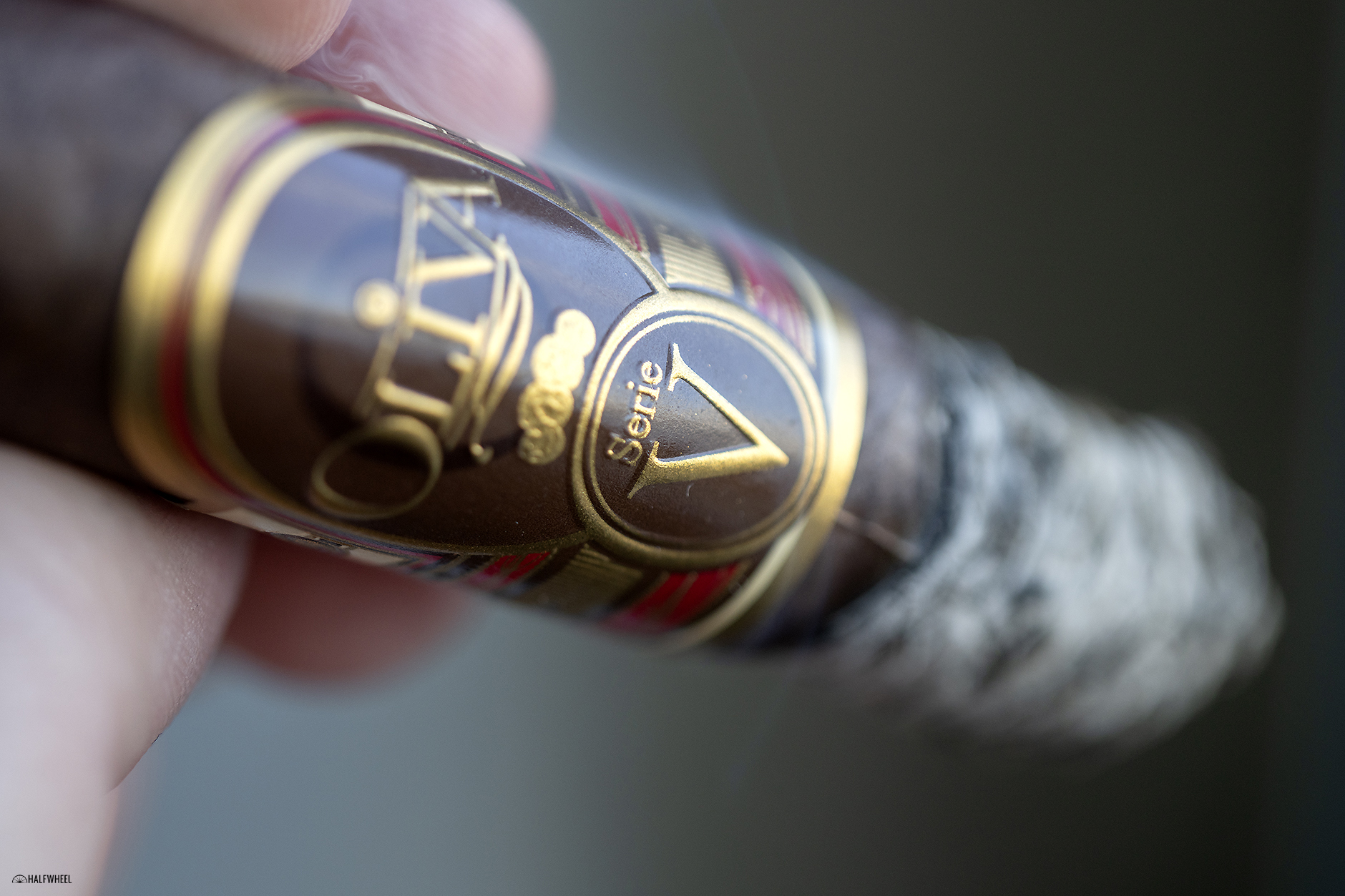 There is not much change to the profile during the final third of the Serie V 135th Anniversary, which includes the same powdery cocoa nibs flavor as the top note and secondary flavors of almonds, hay, coffee beans, leather and cinnamon moving in and out at various points. While there is more maple sweetness compared to the second third, the black pepper that has stuck around until now is at a noticeably lower level. Construction-wise, the draw and smoke production continue to give me no issues whatsoever, while the burn evens up nicely on all three samples. Flavor increases enough to reach a point just over medium, body remains at a solid medium and the strength ends at a solid medium by the time I put the nub down with about an inch remaining. 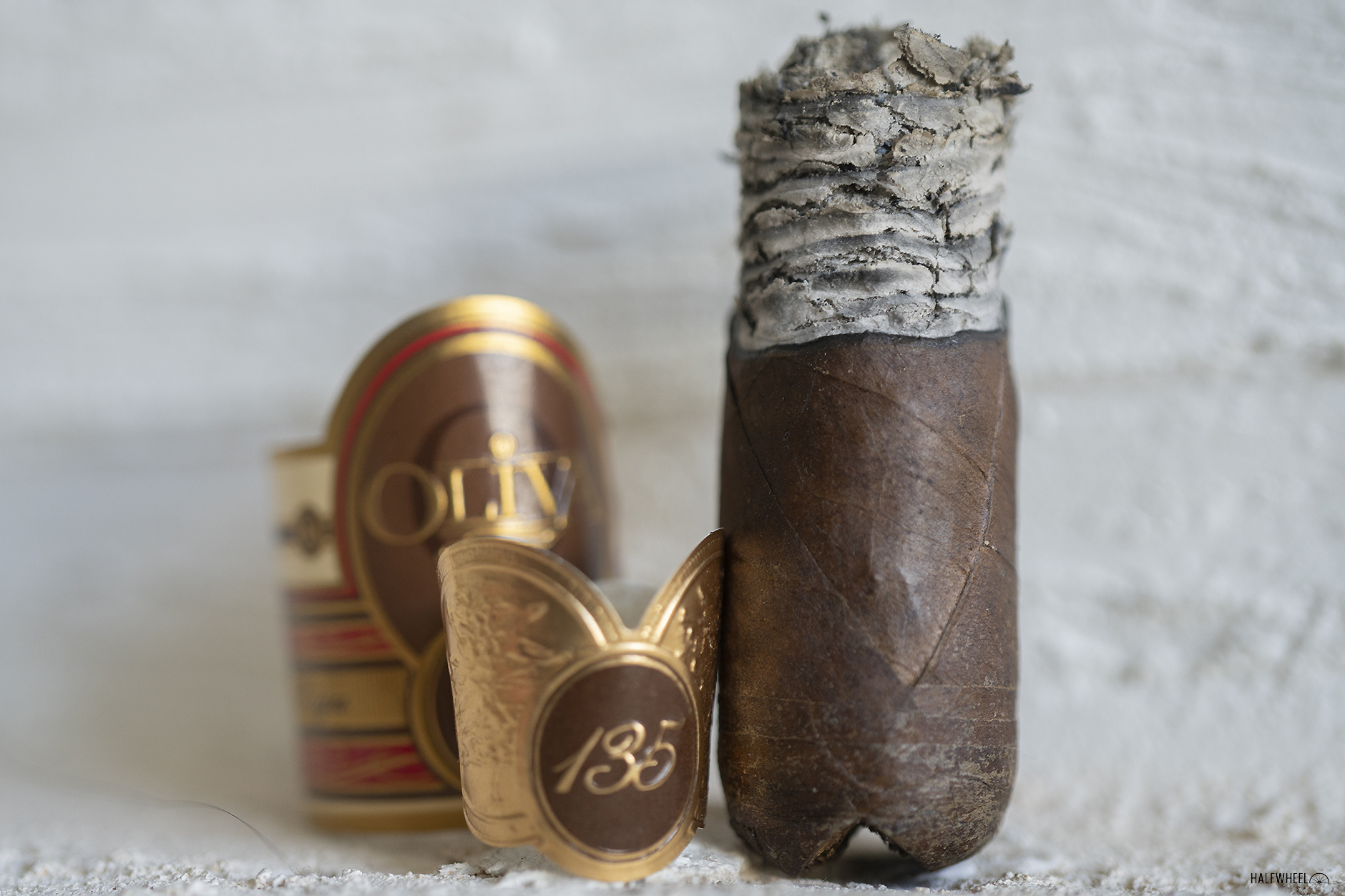 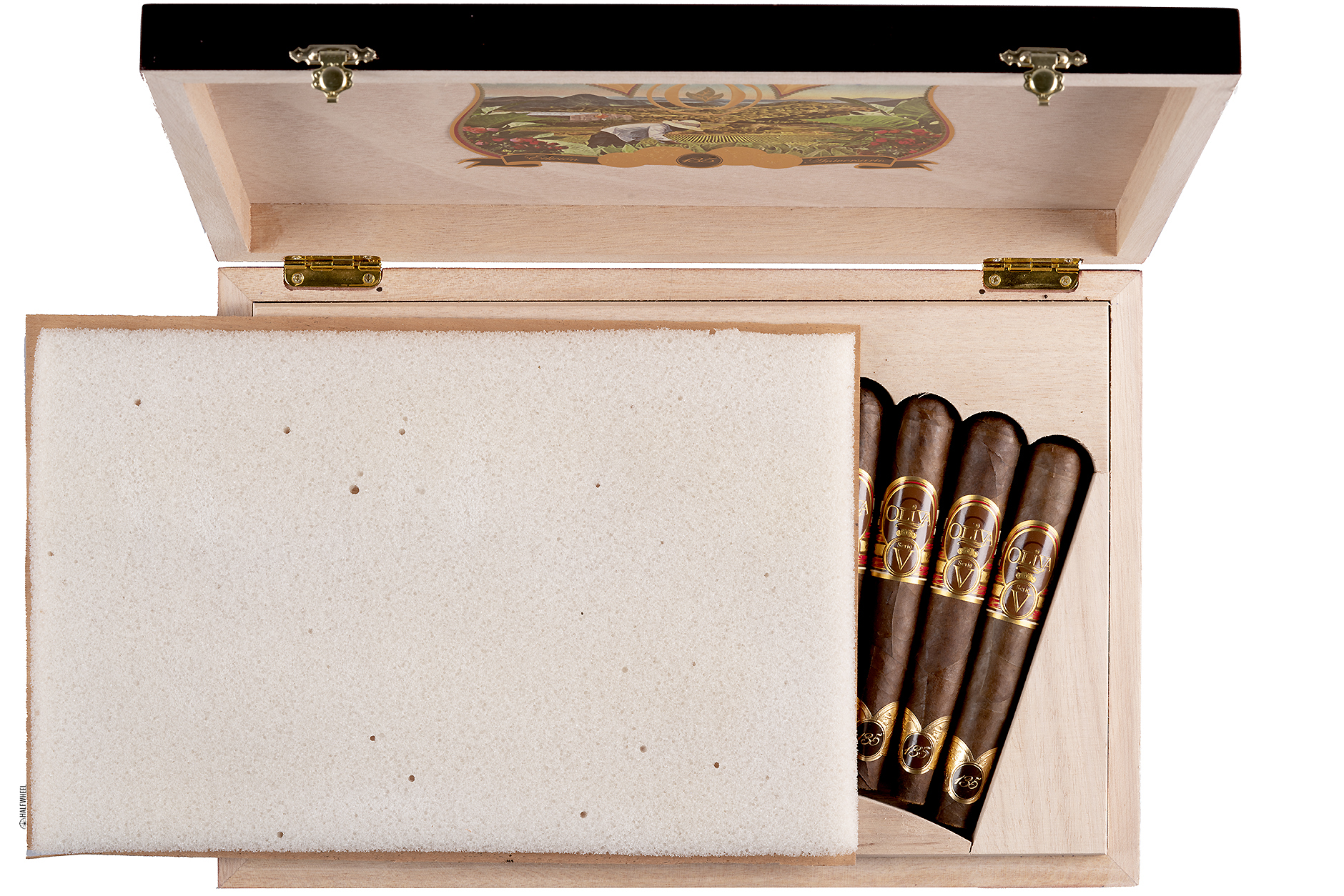 Other than the aforementioned Culebra, the Serie V has never featured the most complex of profiles in my opinion. However, more often than not, I have found it to be a consistently smooth, generally well-constructed and nicely balanced blend that includes flavors of dark chocolate, earth, leather and nuts. In addition to the unique vitola, the Serie V 135th Anniversary Edición Limitada also features a distinct maple sweetness on the retrohale, along with just enough black pepper and spice to keep things interesting. While the 135th Anniversary Edición Limitada is an enjoyable cigar in any number of ways, the profile is just not nuanced enough to distinguish it from any number of other Serie V releases.