We took tobaccos that were not plentiful enough for a production cigar, one you are going to make year-in and year-out. Usually these tobaccos come from trial crops on a small piece of land to see how a strain develops or how it handles certain conditions. Sometimes you end up with tremendous tobacco in very small quantities. So we rolled some of this tobacco, put a Habano wrapper around it, and created Master Blend.

According to Charlie, blends for the Master Blends 4 are currently in development with an rumored release date around IPCPR 2012. Whether we will see a release then remains to be seen. Often Oliva keeps releases close the vest and initial rumors of a release date are often wrong. A great example of this is the Master Blends humidor which has been talked about for years, but has yet to be released.

Now on to what is really important, how is the cigar? Like the Master Blends 1, the Master Blends 2 features a laser etching on the wrapper just below the band. This etching appeared only on the first two releases and has been discontinued. The wrapper has a fairly typical Sumatra appearance with a light brown coloration that has some darker spots. There is a very fine tooth and a slight amount of oil. There are some veins, but none of them are very large. Overall the cigar has a great appearance.

The wrapper smells of leather and raisins while the foot gives off a very strong hay and cedar aroma. On the cold draw the cedar is very apparent with a slightly tart aftertaste.

After lighting, the cigar produces a prodigious amount of thick creamy smoke. The spice that is expected of a Sumatra is immediately apparent on both the palate and through the nose, reminds me of cracked black pepper. I am pretty surprised by the amount of spice given that this cigar is about six years old. There is also sweet/tart component that isn’t readily identifiable at the moment… 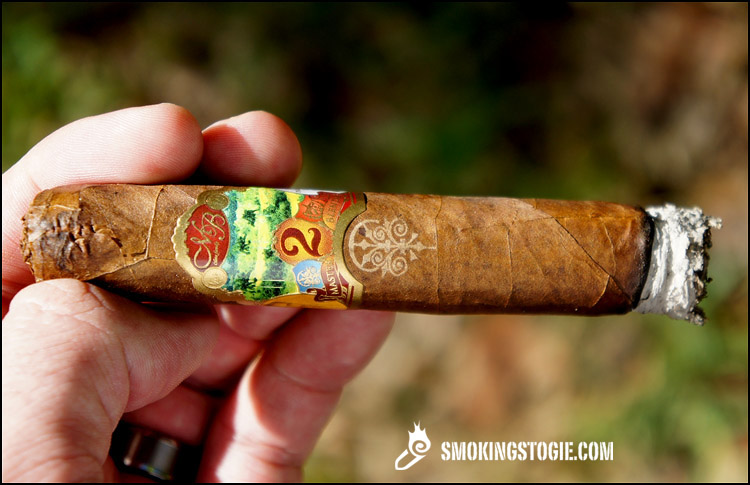 Moving into the Second Third the burn has required a little maintenance, but otherwise the construction is excellent. The sweet/tart component at this point is really starting to remind me of raisins. The spice has mellowed and migrated more towards the cinnamon end of the spectrum. A dry tannic note and leather flavor have also emerged. 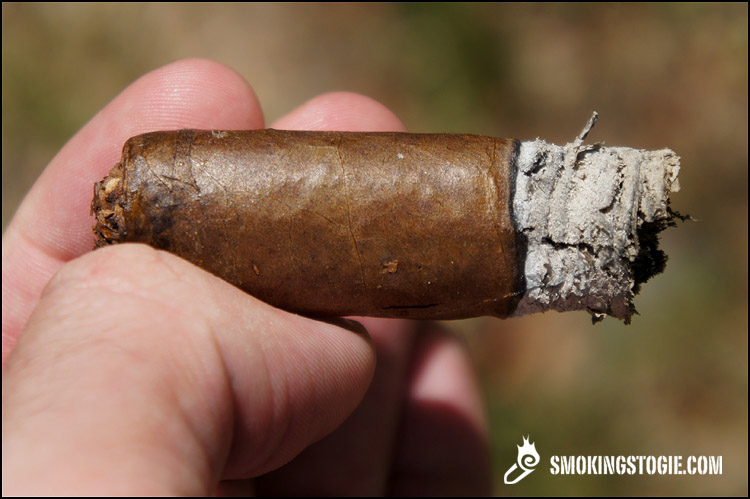 The Last Third progresses well. The tart flavor is almost completely gone, leaving the sweetness which is now very reminiscent of cedar. The spice has remained constant throughout. Lastly, the cigar has a very hearty flavor now, almost like beef stew, and strong leather component. 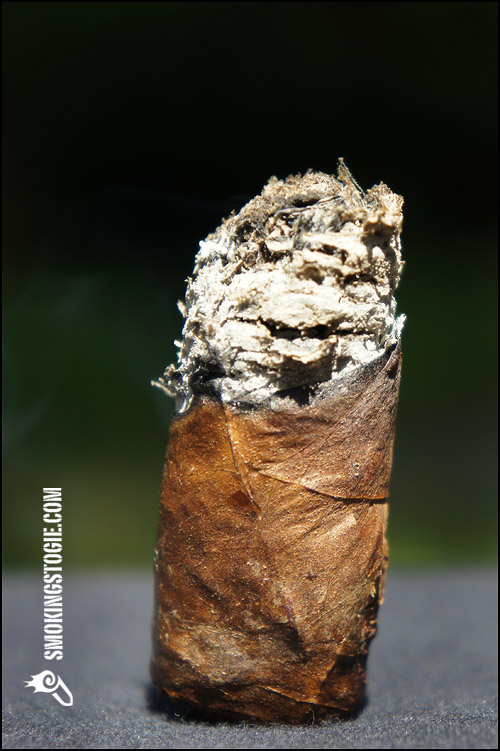 The Bottom Line: I like Sumatra wrappers, and this cigar a great example of how good a Sumatra wrapped cigar can be, and how well they can age. Having smoked a number of Sumatra cigars lately, I’d have to say that this cigar is at least as good as the Tatuaje Capa Especial, but still not as good as the E.P. Carillo Short Run 2010. If you have a chance to try this cigar I definitely recommend it, but given the steep price point of these cigars in the other vitolas, it probably wouldn’t be one I would revisit often even if they were still available.