Familia Rodriguez Tobacos is adding a pair of lines to its Ohana Cigars brand, the Ohana Pulse and Ohana Pulse Maduro, both of which are being made by Noel Rojas’ Tabacalera New Order of the Ages (NOA), which the company began working with in April. 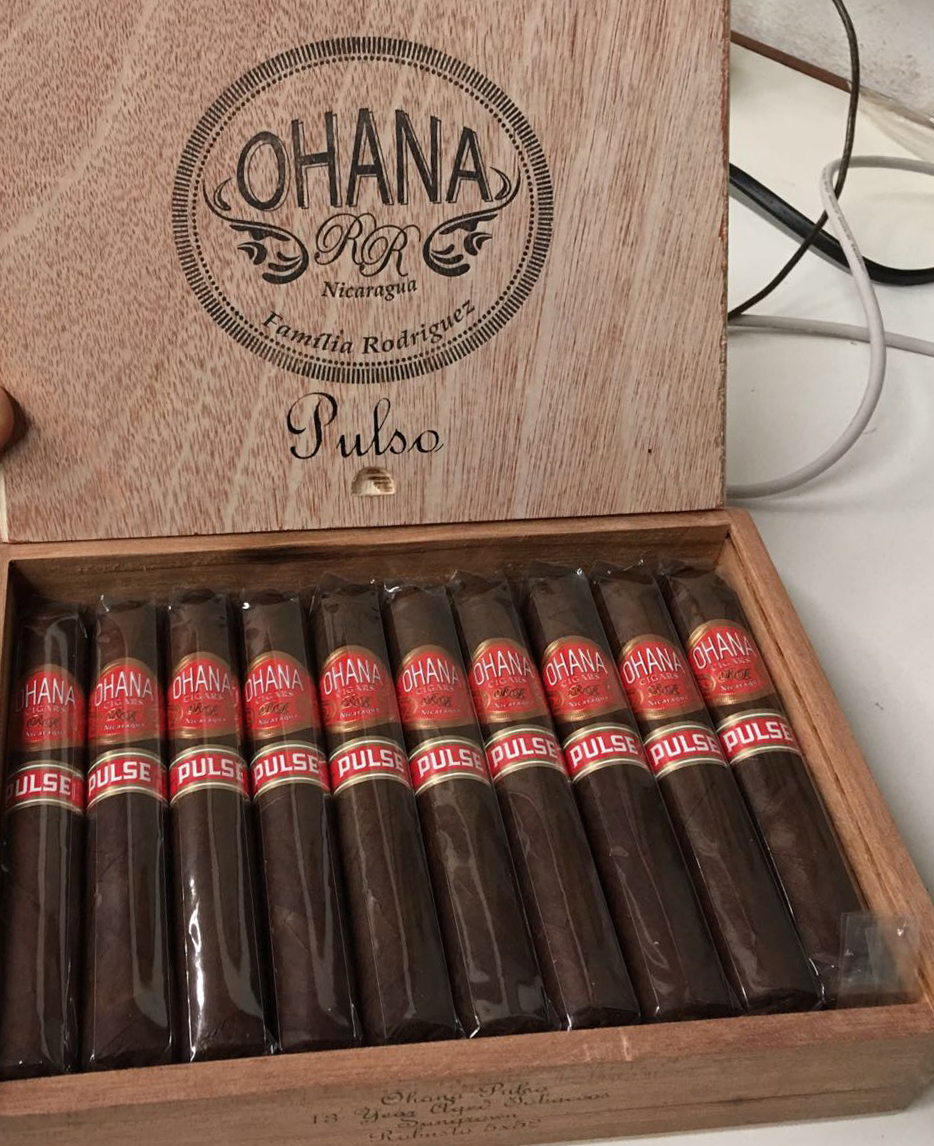 The Ohana Pulse uses an Ecuadorian habano wrapper with a Nicaraguan binder and fillers, with tobaccos coming from the country’s Condega, Jalapa and Ometepe regions. It is being released in two sizes, a Robusto (5 x 50, $8.50) and Toro (6 x 52, $9.50), both with a closed foot, pigtail cap and packed in 20-count boxes.

While the company plans on making Pulse a continuous available blend, it is limiting the first production to just 5,000 cigars, with 2,500 of each size being made.

“This cigar is completely different from our other cigars and we believe you will find it to be unlike anything currently on the market, which is a bold statement considering all the great cigars out, and wonderful blends,” according to Ryan Rodriguez of Ohana Cigars.

Rodriguez is planning on it becoming an ongoing addition to the company’s portfolio as well, but the line will launch with just 1,000 cigars made in each size.

Both the Ohana Pulse and Pulse Maduro will ship to retailers immediately following the trade show.

“Ohana is about family and friends and Pulse carries on with this belief,” Rodriguez said. “With every heartbeat, every pulse, our family and friends are the lifeblood of our existence. We are deeply humbled and honored by the support we have received in these first two years and now we honor you with Pulse.”

Ohana Cigars will be part of Noel Rojas’ booth at the upcoming IPCPR Convention & Trade Show, which runs July 25-28 in Las Vegas, Nev.