Furia Cigars, a new line from dh Boutique Cigars and distributed by NyB Cigars is heading to international markets.

The line’s name is a tribute to the Greek myth of the Furies of the underworld, with the wool yarn that serves as a band representing how things are interconnected; for the Furies it was the thin line that separates justice from madness, while for dh Boutique Cigars it represents the connection between them and their business partners and consumers. 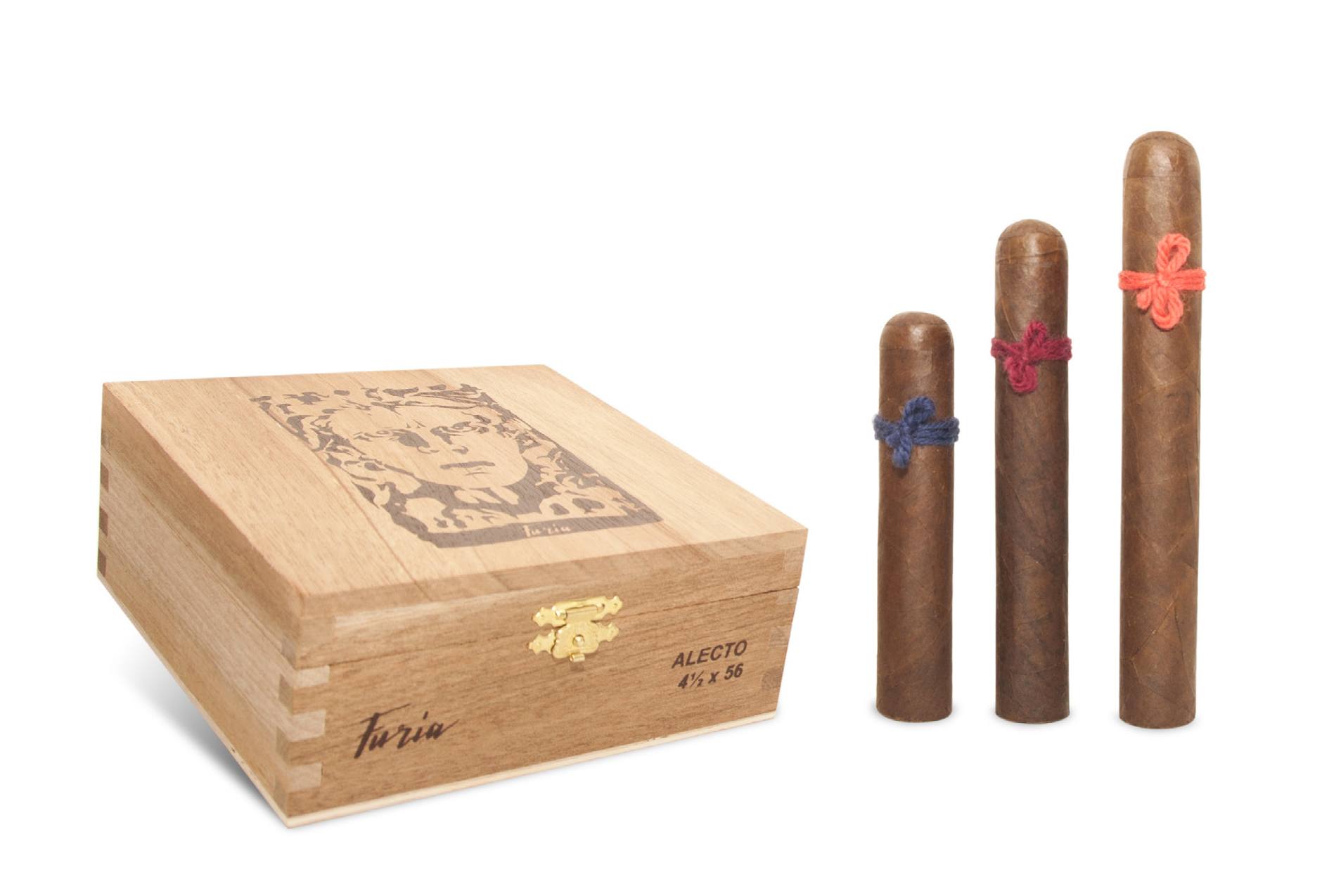 The blend is billed as medium to medium-full and features a Nicaraguan habano oscuro leaf from the Jalapa valley, while the binders and fillers come from the country’s Estelí, Condega and Ometepe regions. The filler also contains a viso leaf grown in an undisclosed but “enigmatic” country that brings “a distinctive personality to the tastes and aromas,” according to a company statement.

Furia is being released in three sizes, named for the three Furies recognized in Virgil’s writings, each presented in 10-count boxes:

The cigars are made at Tabacalera AJ Fernandez Cigars de Nicaragua S.A.

Furia began shipping last week to Germany, Switzerland, France, Belgium, Luxembourg, Italy and the United Kingdom. It will also be offered in other European countries as well as Dubai. Because of the varying taxes in each country, specific prices are not available, but a company spokesperson said it would average between 12 and 16 Euro. It will not be shipped to either the U.S. or Canadian markets.

It is being added as a regular production line and joins Nicarao, La Ley and La Preferida in the dh Boutique Cigars portfolio.