Since Nomad Cigar Co. is distributed by Boutiques Unified, you’ll find the booth located inside the BU booth along with the other brands they distribute. Jumping in and catching Fred Rewey in between retailers was slightly challenging, as I didn’t want to interrupt any sales meetings, but a lull came and Rewey was happy to sit down with me and talk about the new stuff he had coming. Nomad Cigar Co.’s first IPCPR was 2012 – coincidentally my first one as well – and Rewey was quite pleased with how far his brand has come. There are a number of things coming down the line, and while most weren’t at the show since packaging wasn’t quite ready, I did get all the details. 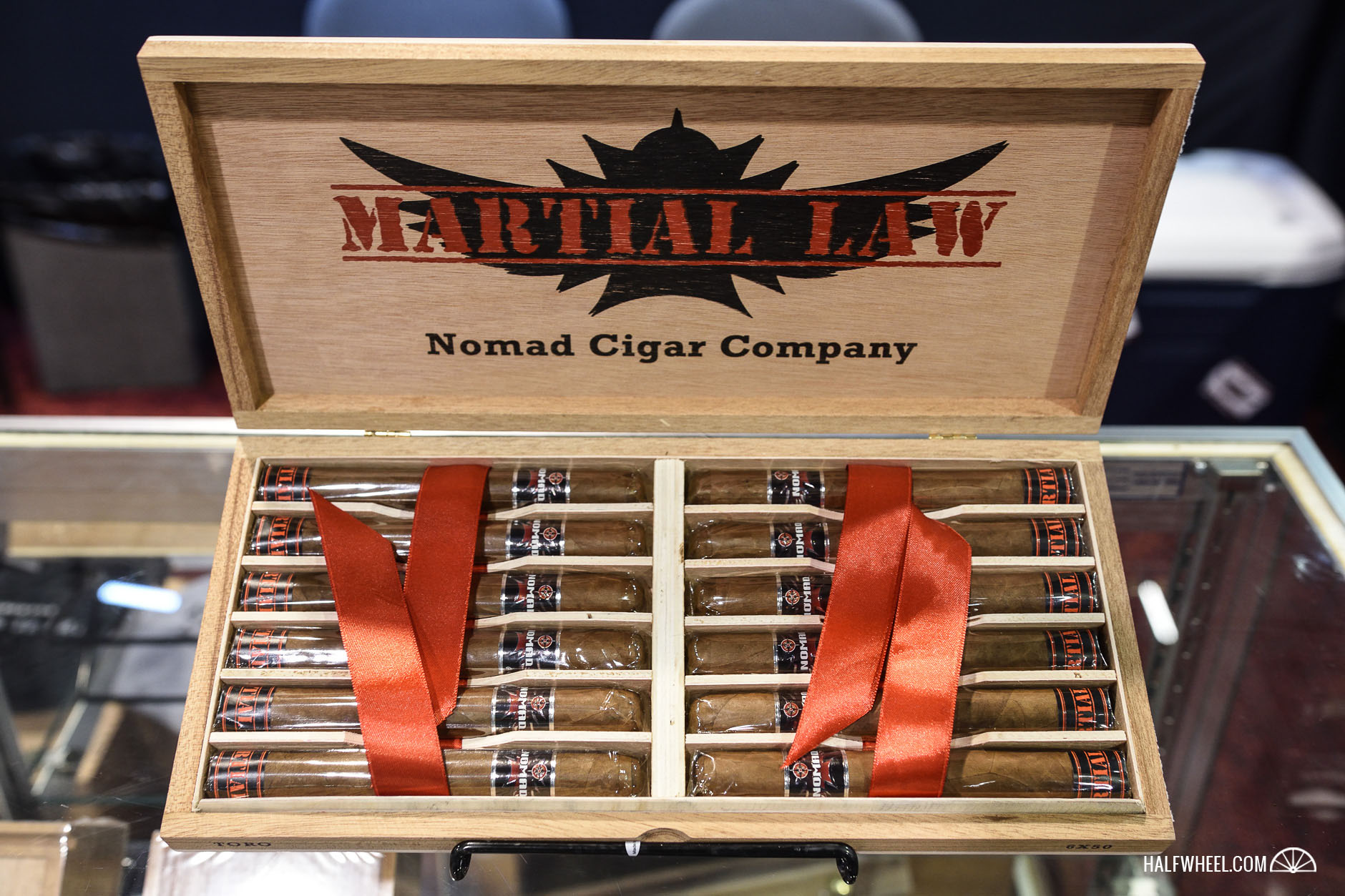 Martial Law is a cigar that was under development for a little while, but as the packaging was getting ready to be printed up, the FDA announcement came and Rewey decided that he wanted to change the name to something fitting for the situation. It is produced at Fabrica Oveja Negra in Estelí, Nicaragua.

From Wisconsin, Rewey is of course a Green Bay Packers fan. What he wasn’t a fan of, was candela wrapper. Having said that though, he did find some candela he was pleased with that had a good balance of grassiness to it, and blended his first candela-wrapped cigar. For now, this release will be for sale only at Wisconsin stores, though he did mention that some of them might be selling them online as well.

Another FDA inspired name, Fin de los Mundos, or End of the Worlds, will be launched early next year. It will come in four sizes and uses a Pennsylvania Broadleaf wrapper.

The Signature Series is the last of the finalized blends coming out that didn’t have packaging ready.

This is still not finalized, but Rewey said that the 1386 blend might be returning. He thinks they found some of the same vintage ligero from the same farm and crop and rolled up some of these for potential release early next year. The cigars are still resting now, so he issn’t going to know for a few more weeks whether or not it smokes the same, and if it doesn’t he isn’t releasing it under the same 1386 name.

Update: Some release dates were incorrect and were updated.