Just in time for the start of pro football season, Nomad Cigar Co. has completed the initial rollout of its new GB-19, a candela-wrapped cigar that is a not-so-subtle nod to company founder Fred Rewey’s favorite team, the Green Bay Packers. The cigar will mainly be found in Wisconsin cigar shops, but Rewey has said that some exceptions are being made for stores outside the Badger State. 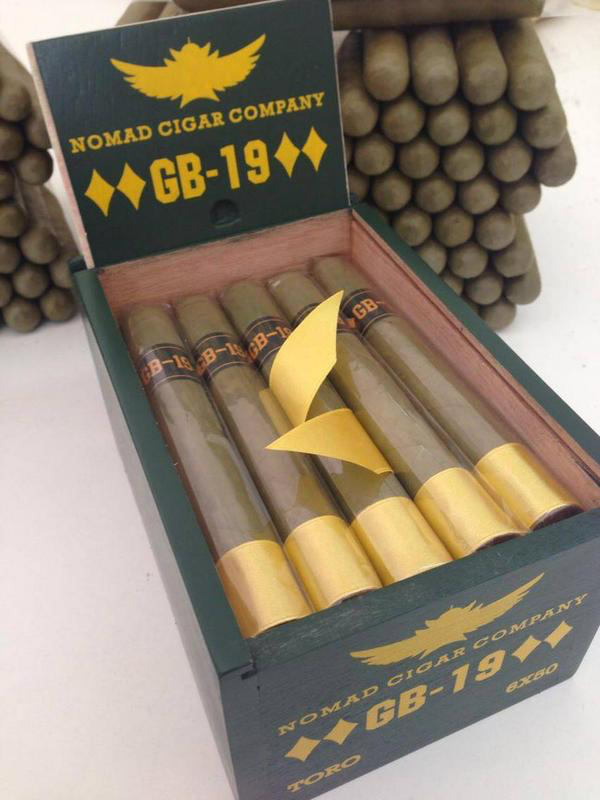 In fitting form, the Nomad GB-19 uses a green Honduran candela wrapper with a gold foot band. It’s the first candela wrapped cigar from Nomad, and Rewey credits James Brown of Black Label Trading Co. and Fabrica Oveja Negra for helping him develop the ideal blend around the distinctive wrapper.

In a press release, Rewey said that “I always wanted to pay homage to my home state NFL team–call it a bucket list item–but was frustrated with the test blends to date. Of course I had to use candela, but did not like the grassiness being too prevalent. I was talking to James Brown and he made some suggestions, essentially ‘cracking the candela code’ when it came to offsetting the candela tobacco in a direction I wanted to take it.”

Underneath the Honduran candela wrapper is an Ecuadorian binder and Nicaraguan filler. It’s being produced in a single 6 x 50 toro size priced at $10 per cigar and packed in 20-count boxes. Rewey said the initial run is about 5,000 cigars, all made at Fabrica Oveja Negra in Estelí, Nicaragua, but said more could certainly be produced should the cigar take off in the market.