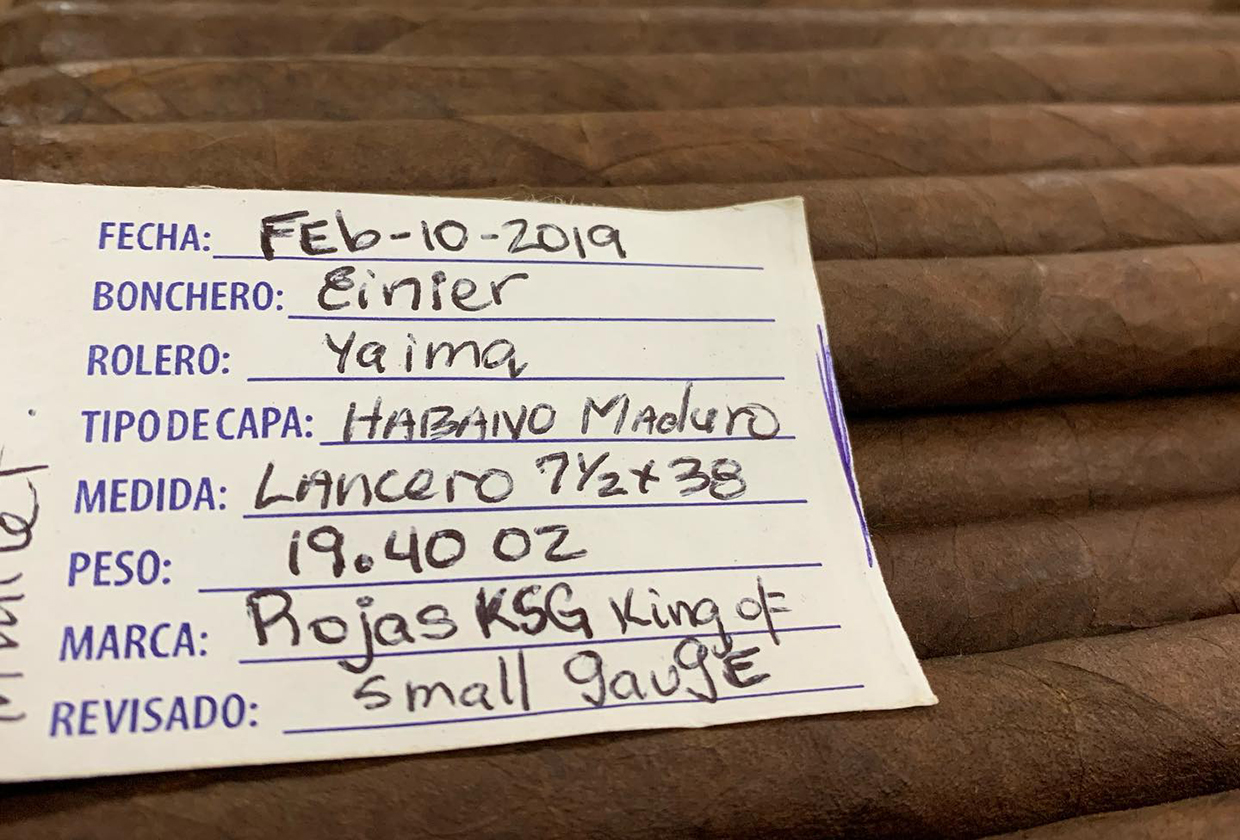 Noel Rojas’s latest project, KSG, is now on its way to retailers.

Rojas announced the project in late January just ahead of the Tobacco Plus Expo (TPE) 2020 trade show where he showed it off to the industry. While he had hoped to have it available on March 1, delays related to the COVID-19 pandemic pushed the cigar’s release back several weeks. The cigar, whose name stands for King of the Small Gauge, is a 7 1/2 x 38 lancero that utilizes tobaccos from the Somoto region of Nicaragua, a developing about 55 miles northwest of Estelí near the Honduran border. Somoto tobacco was selected for the binder and part of the filler, with additional Nicaraguan tobacco blended in as well. That combination gets finished with a five-year-old Ecuadorian maduro wrapper leaf. The cigar is being made at the Flor de San Luis factory in Esteli, Nicaragua.

The KSG is priced at $12 per cigar, before taxes, and offered in 14-count boxes. Production was capped at 5,000 cigars in total, making for 357 boxes and a few extra single cigars. The first shipments are expected to arrive at retailers this week.