Zino Platinum Specter Z-Class
This is a new Nicaraguan blend for the Zino Platinum line and will debut in May. Twenty-count boxes of the four sizes below: 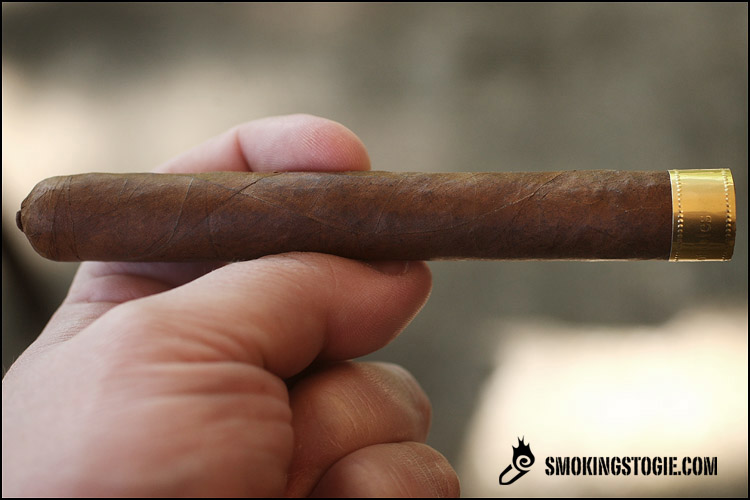 Davidoff Puro d’Oro
The popular line will receive two extensions at the IPCPR Show in July, the first being a Toro, the 6 x50 Eminentes. The second is a smaller size, the 4 x 41 Momentos. The latter will come in tins, similar to the Winston Churchill Spitfire. While all the cigars of the Puro d’Oro line are Dominican Puros, the only Dominican Puros that Davidoff makes, all the vitolas are different blends, but the extensions keep the theme of the smaller RGs.

Davidoff LE2011 “White Edition”
While I have no word on size, blend, pricing or anything else… the 2011 release of the Davidoff LE shall be known as the “White Edition.” The cigars will come in a white enamel box in quantities of ten and will be released in Vegas at the show.

Winston Churchill
More and more I feel the entire brand is going to be reworked: packaging, price points and the cigars themselves. My understanding is that Winston Churchill’s grandson will be taking a much more noticeable role in the brand, which will likely help the cigar. For those that don’t know, this is the only cigar that is made in the Davidoff factory that is not Davidoff “White Label,” all other Davidoff Brands (AVO, Zino, etc.) are made in other factories all part of the larger Tabadom Holdings (Tabacos Dominicanos Companies Group), the company headed by Henke Kelner responsible for all Davidoff cigars.